"I Started Painting Houses, Myself." 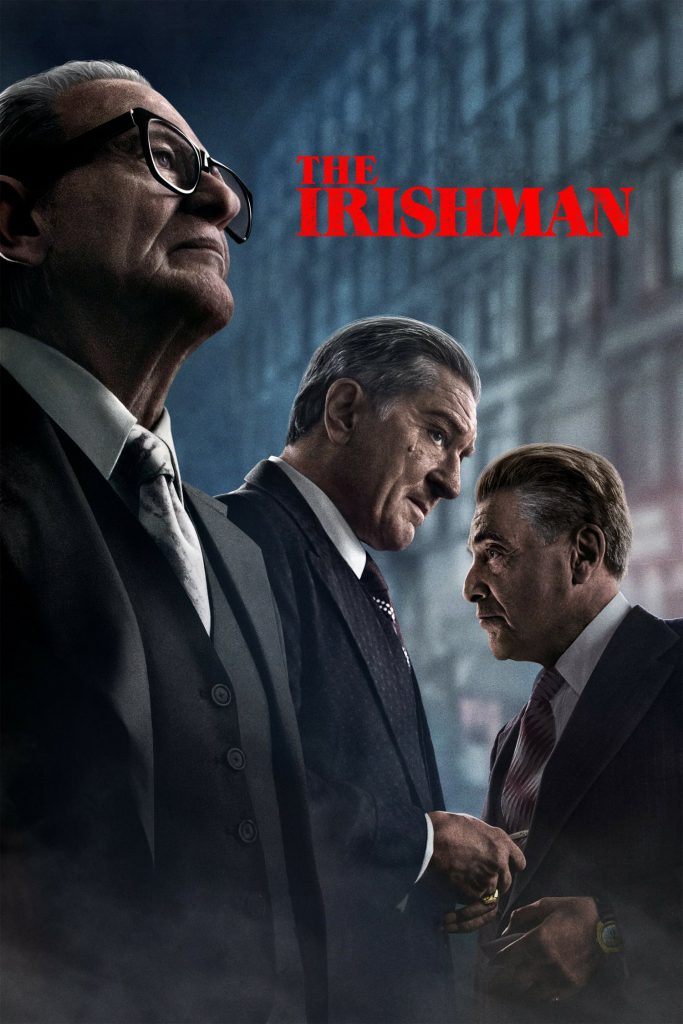 The Irishman is a very long film about crime, assassinations, and the Mafia. It stars the only Irish guy in the Mafia as the hitman Frank Sheeran (Robert De Niro).  On his deathbed, the real Frank Sheeran told a reporter “stories” about his work for the Mafia in Philadelphia during the 1950s. Those stories became a 2004 book, “I Heard You Paint Houses,” which is the basis for The Irishman. Several sources have discredited the book “I Heard You Paint Houses.” The stories told by Frank Sheeran are most likely exaggerations to complete lies (what do you know, Frank’s a criminal and a liar). 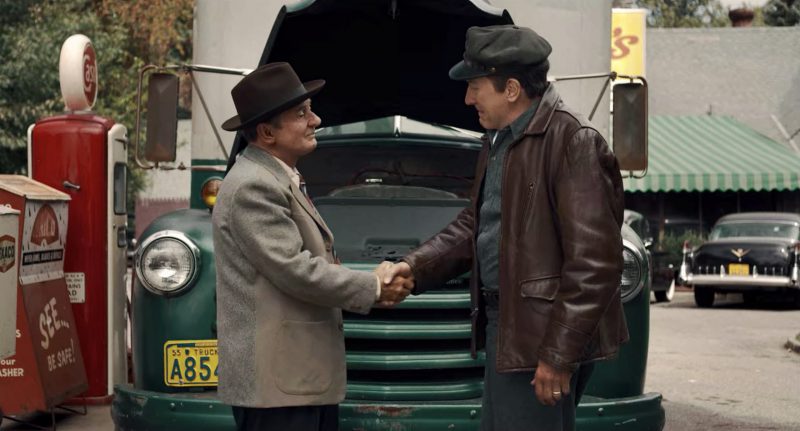 So, as a make-believe story filled with conspiracy theories about Jimmy Hoffa, JFK, and Cuba, The Irishman is an excellent and entertaining story.  There are several murders but the violence is not glorified, it is just business, quiet and quick business.  The only blood you see is the blood splatter that paints the wall.  The acting and the story throughout is all excellent, no weak points.

There are many actors in The Irishman, including Ray Romano, Harvey Keitel, Anna Paquin, Bobby Cannavale, Stephen Graham, and Jesse Plemons. However, the movie belongs to Robert De Niro, Joe Pesci and Al Pacino.

There is a lot of talk about Oscars nominations for De Niro, Joe Pesci who is the mob boss Russell Bufalino, and Al Pacino, who plays Jimmy Hoffa.  These three main actors – all in their mid to late seventies – do an excellent job.  But, they are just old Italian guys playing old Italian guys.  And now with the new de-aging technology, old Italian guys can also be middle-aged Italian guys.  The technology is incredible, but the acting is not a big stretch for these stars who are all Italian (Italian descent). 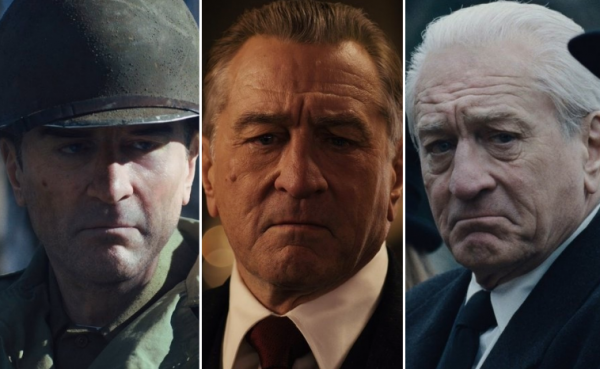 After sitting through three and a half hours of a complete story – where all the loose ends are tied up – the credits role, and the song Remembrance begins to play.  Remembrance was the perfect song to end this movie; harmonica, guitar and what sounds like cellos; traditional and modern at the same time.  Remembrance was recently written by Robbie Robertson, the lead guitarist and main songwriter for The Band.  Robbie Robertson is the same age as the actors in the movie, mid-seventies, which was also when The Band was at their peak. Remembrance made it to one of my playlists – another reason I love movies – a lot of my playlists grow from movie soundtracks.

The Irishman an epic film about Mafia crime is excellent and should at least be nominated for Best Picture.  Martin Scorsese directed and shot three hundred and nine scenes in about three months. A great feat, but don’t believe this is the actual history; it’s just a movie.

Just for fun, here’s a scene with De Niro and Pacino from Heat in 1995. No de-aging technology needed.

And a scene with Robert De Niro and Joe Pesci from one of the best movies ever made, Raging Bull in 1980.

Frank Sheeran (Robert De Niro), an Irish truck driver, becomes a hitman for Russel Bufino (Joe Pesci). He then becomes a friend/bodyguard for Jimmy Hoffa (Al Pacino).  Frank kills Jimmy Hoffa after Hoffa’s labor talk becomes a threat to the Mafia; he also kills a bunch of other people during the 1950s.

Frank Sheeran is the only one of his contemporary Mob friends by the end of the movie.  Frank is retelling the story from a wheelchair in a nursing home.  When even the evilest of people near death, they consider religion.  In the final scenes, Frank talks to a priest, but he shows no remorse. The Priest gives him a loophole to get to Heaven.

Movie ends with a longer than normal black screen before the credits signifying a peaceful, albeit a lonely death for Frank Sheeran in the nursing home. 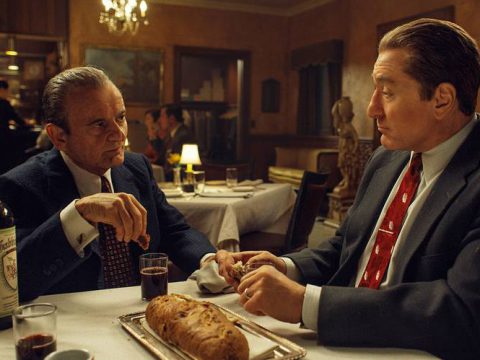 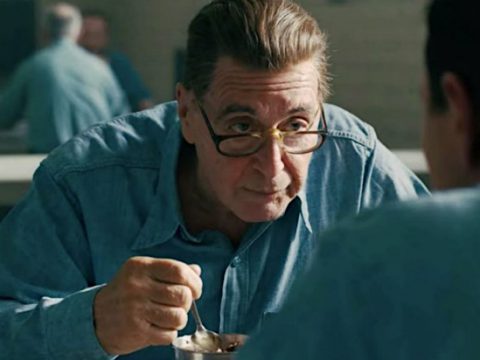 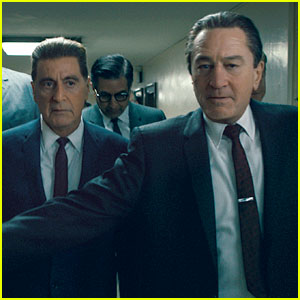 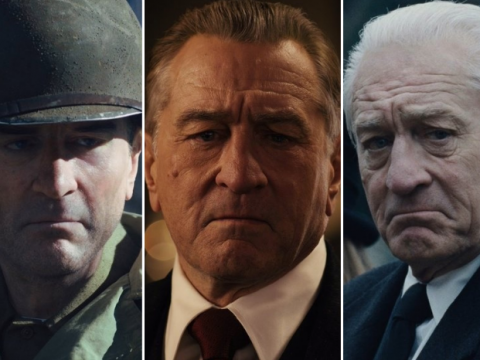 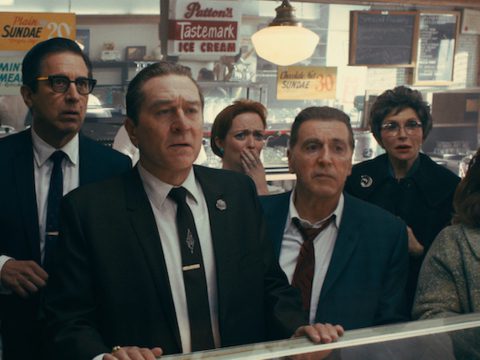 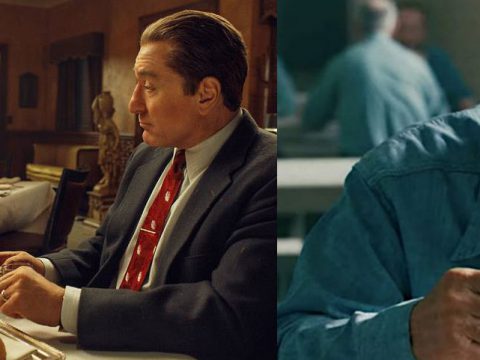 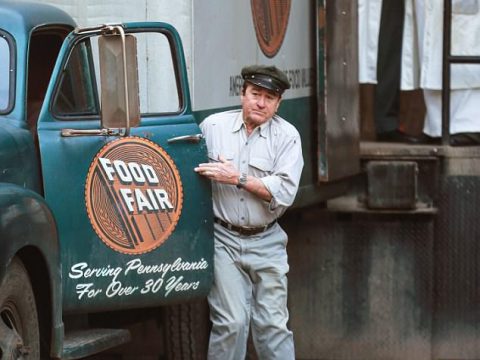 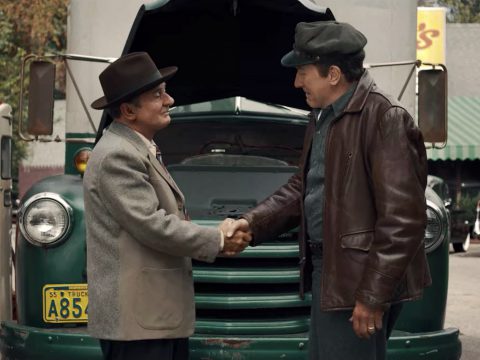