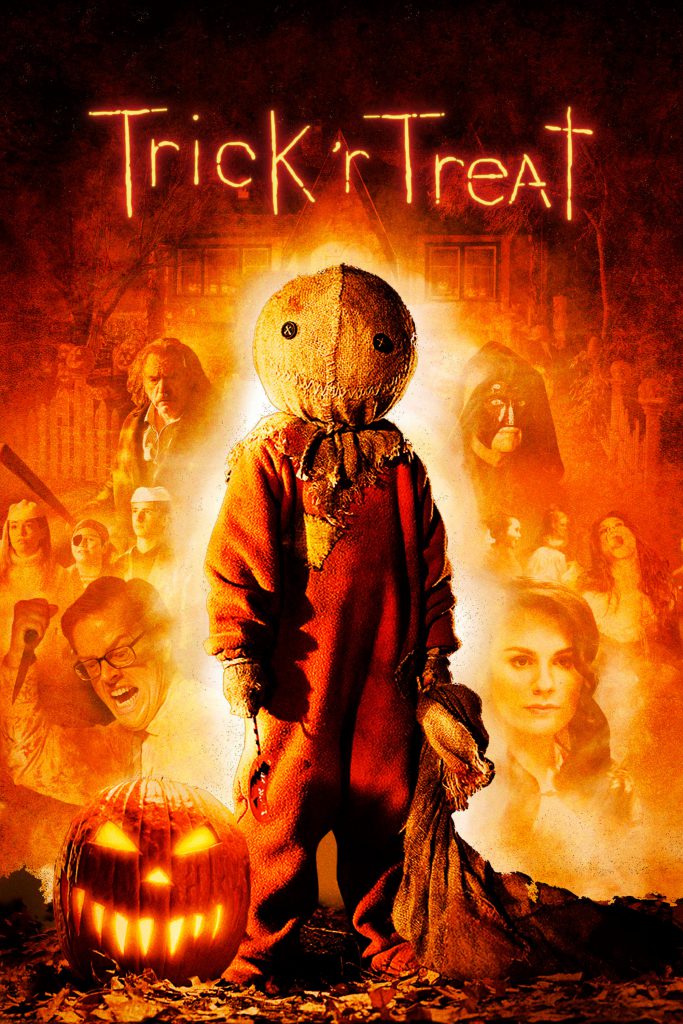 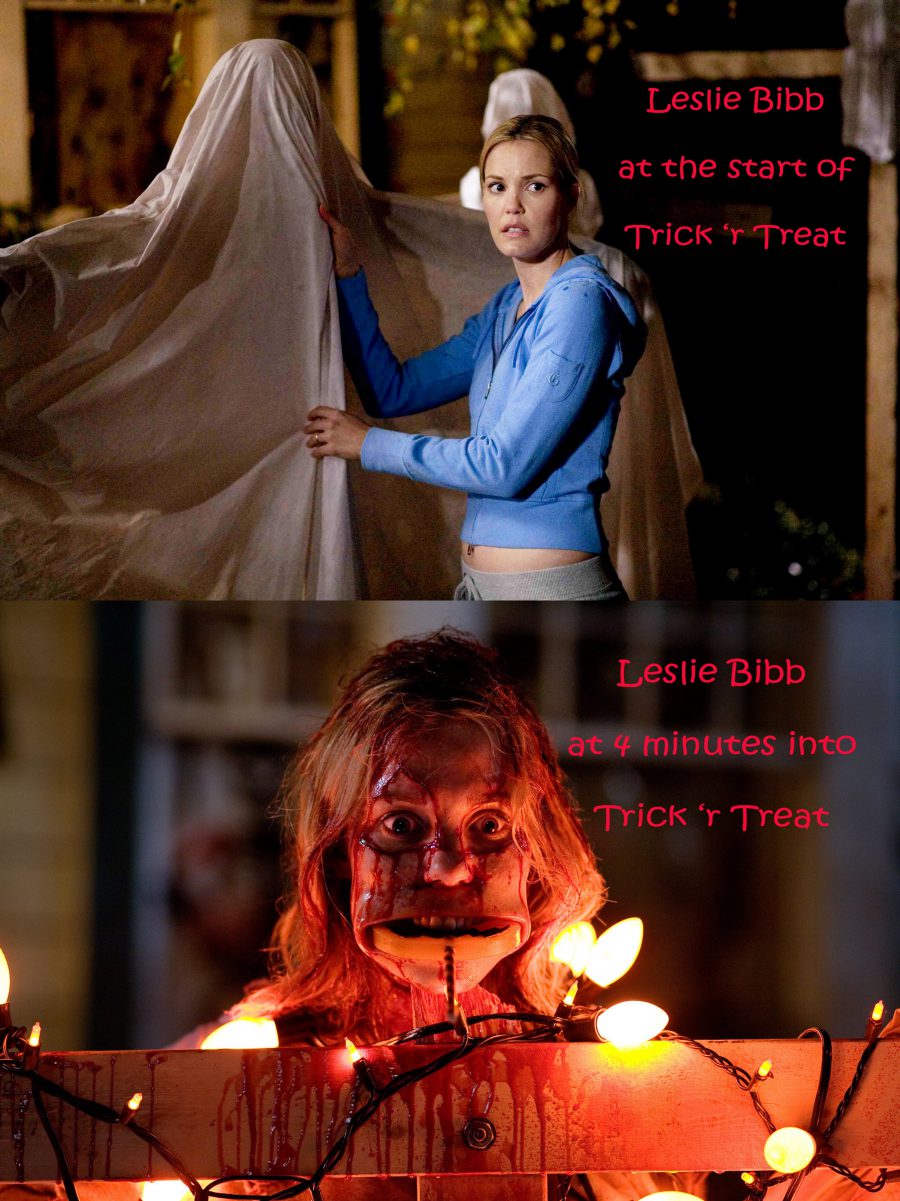 A couple of frightenings but the movie tends to be slightly cornball and fake looking. The four or five stories do but don’t really overlap but they are happening at the same time and are sometimes seen in the background. If you watch the same horror movie every Halloween, this would be a nice change, not very serious or scary, but has a lot of Halloween atmosphere to get you in the Halloween spirit. 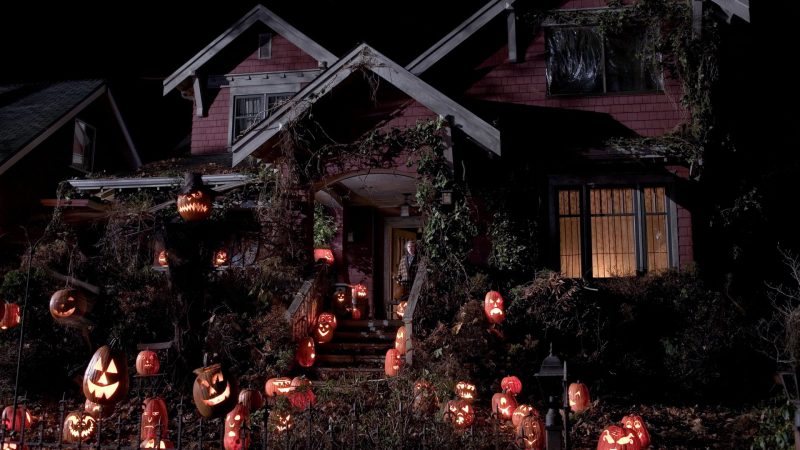 The Biggest Spoiler: The Ending
The pack of Werewolves kill and eat the serial killer after the serial killer kills at least two people.  The curmudgeon is eventually eaten (as the cartoon poster boards show at the end during the credits) by the dead school children raised from the dead by the prank that went wrong while trying to scare the savant.  Leslie Bibb is still dead and mutilated in her front yard, which is a good opening scene. 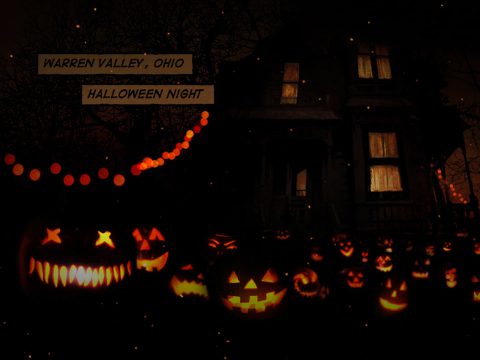 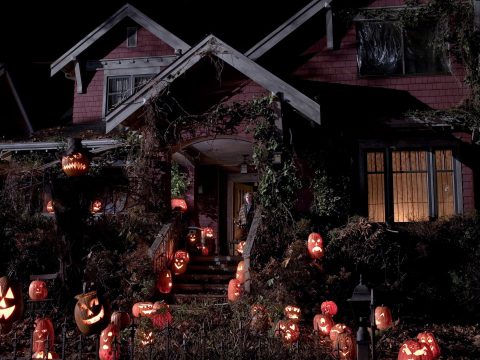 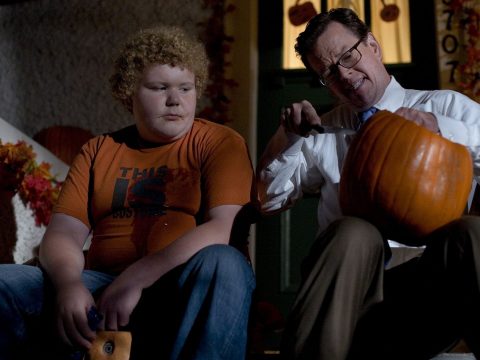 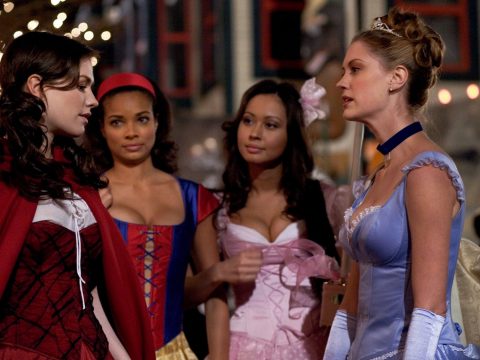 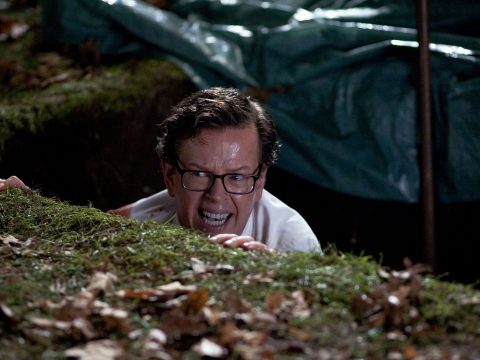 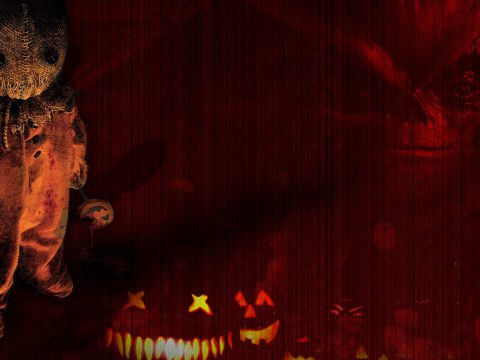 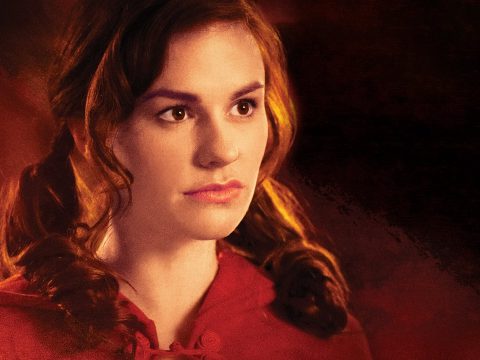 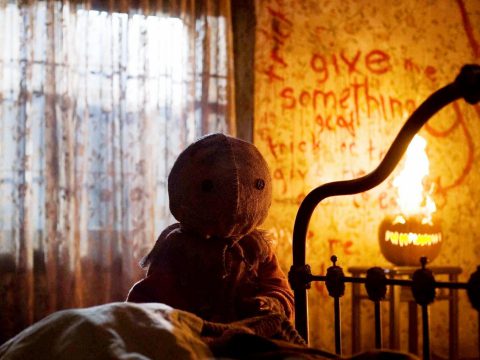 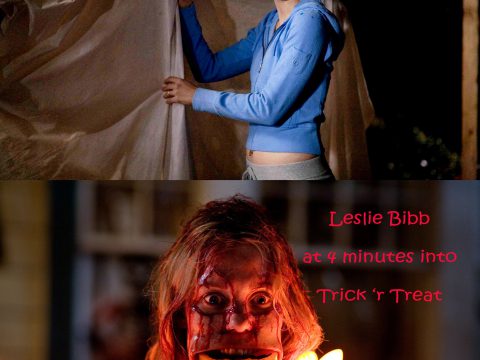