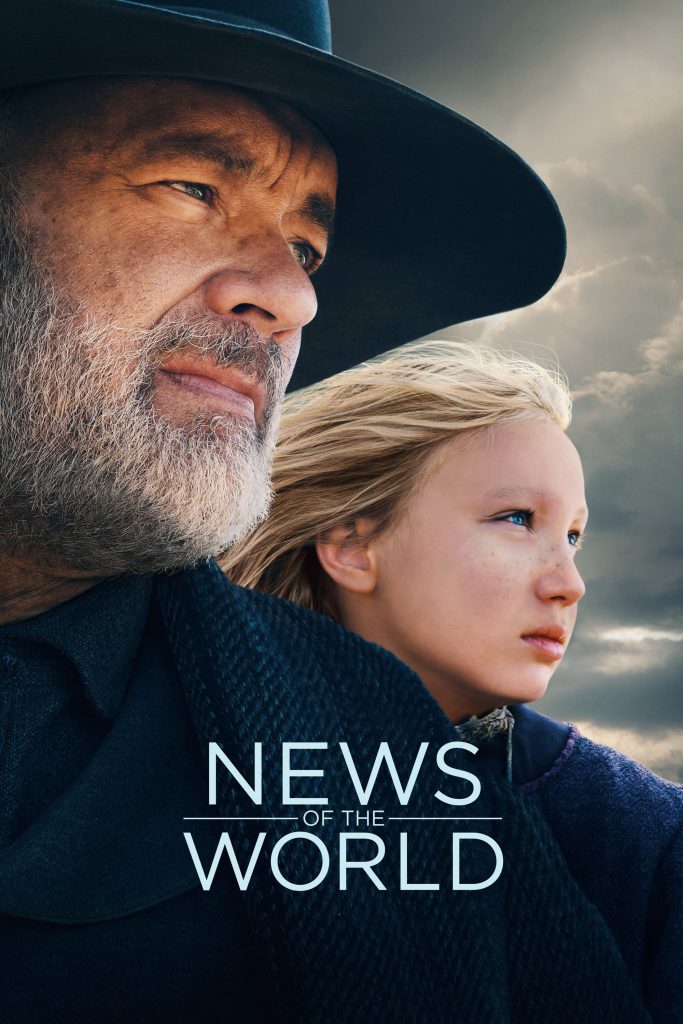 NEWS OF THE WORLD

The Western drama News of the Day is a sometimes slow, sometimes intense story about discovery and survival and includes the warmest and happiest ending I have seen this year.  Tom Hanks (Greyhound, Sleepless in Seattle) is superb as Captain Jefferson Lyle Kidd traveling through 1870 Texas reading the local news to the town folk – a dime in the pot gets you a seat at the reading.

Plot:  Captain Kidd comes across an overturned wagon and a twelve-year-old girl dressed in Kiowan (Native American) clothing.  Johanna Leonberger, raised as Cicada (Helena Zengel), was captured by the Kiowan’s when they killed her parents many years earlier.  The Union Army is not available for months, so it falls upon Captain Kidd to return Johanna to her Aunt and Uncle’s farm 400 miles away. 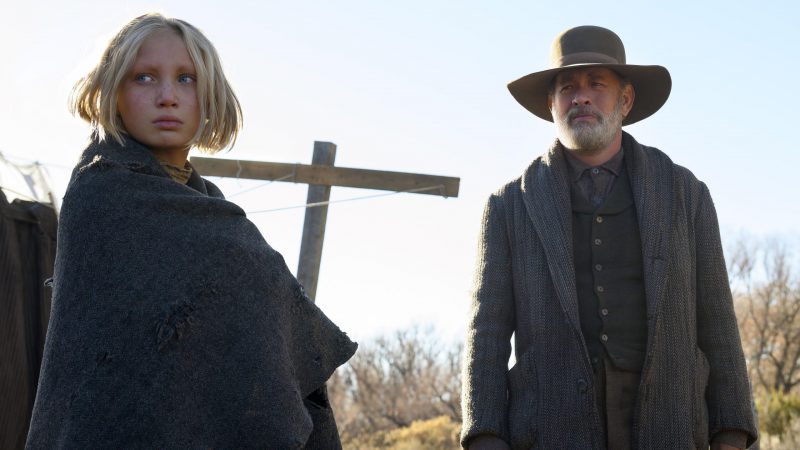 Traveling four hundred miles when all the roads are dirt in 1870 Northern and Eastern Texas takes weeks. News of the World could have been a simple film about the Captain trying to gain Johanna’s trust and teach her the American ways.  But the typical complexities of today – greed, perversion, and racism – interfere in their travel.

Tom Hanks plays a subdued character, similar to many of his characters. But this role is quintessential Tom Hanks, enjoyable to watch.  Tom Hanks has been nominated four times, and won two Oscars for Best Actor.  Hanks is excellent as Captain Kidd, but he is a typical Tom Hanks, so he did not receive an Oscar nomination. 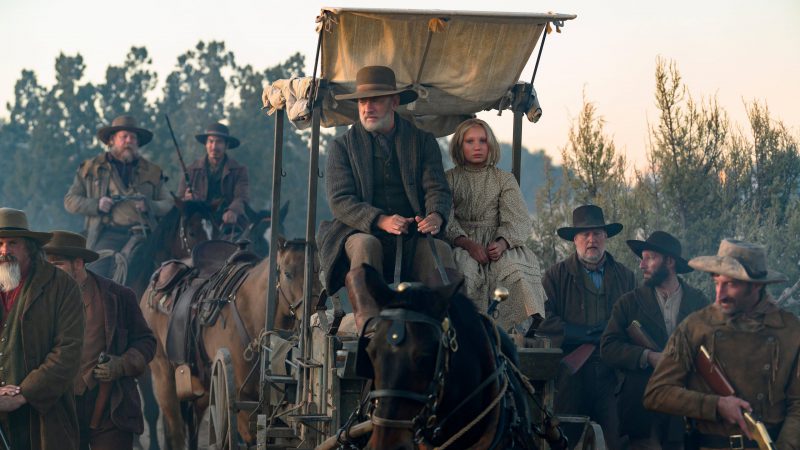 News of the World’s cinematography is nominated for an Oscar and will compete with Nomadland. Instead of Nomadland’s current Western USA setting, you are transported to the News of the World’s 1870 Texas.  The recreation of 1870 Texas is well done and looks authentic.  I have never seen a cattle drive through a town. Nor a wagon ride where the philosophies of Native Americans is explained by a twelve-year old. Scenes that make News of the World worth watching.

The other Oscar nomination is for Production Design and will probably go up against Mank.  The 1930’s Mank world versus the 1870’s News of the World – I do not know who will win that Oscar.

The Western drama News of the World is an enjoyable and sometimes uplifting story to watch.  Not bloody, more threatening, and intelligent, with a satisfying ending. 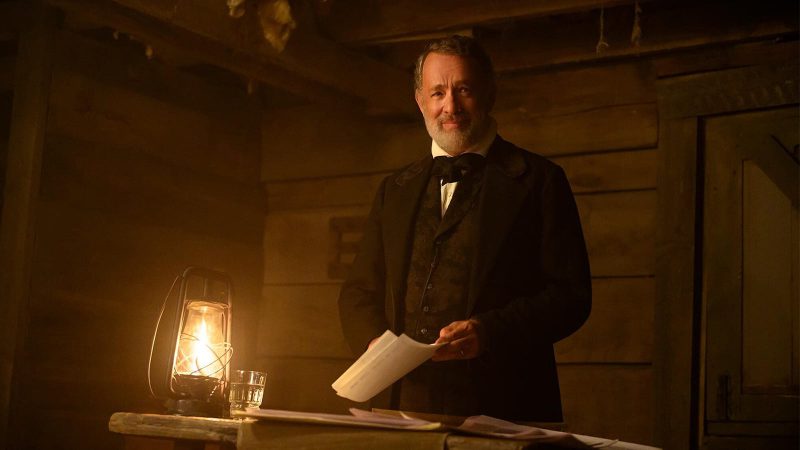 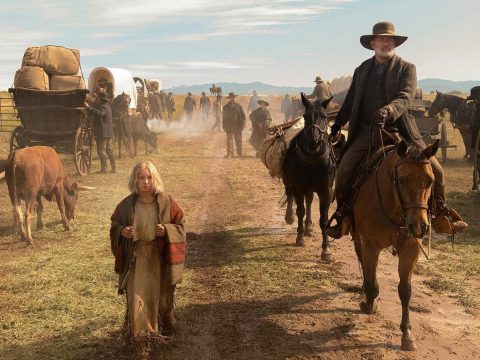 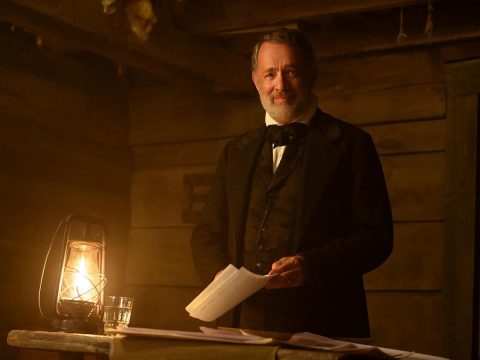 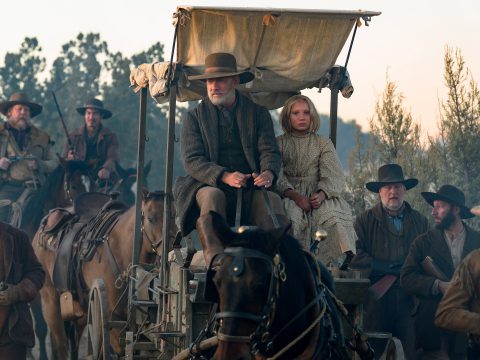 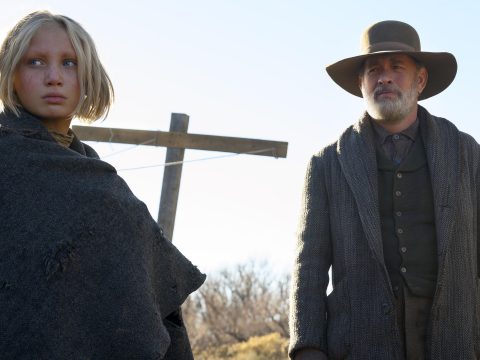