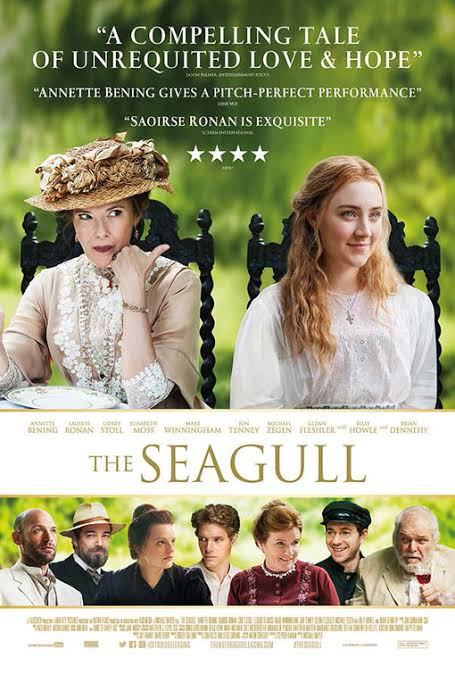 Brian Dennehy died this week. He was the big, burly, most of the time gruff character actor – I can relate to that – who died in the town I grew up in – New Haven, Connecticut. Therefore, I decided to watch one of his later-in-life films, The Seagull, a drama I would not normally have an interest in seeing, although I did enjoy it. 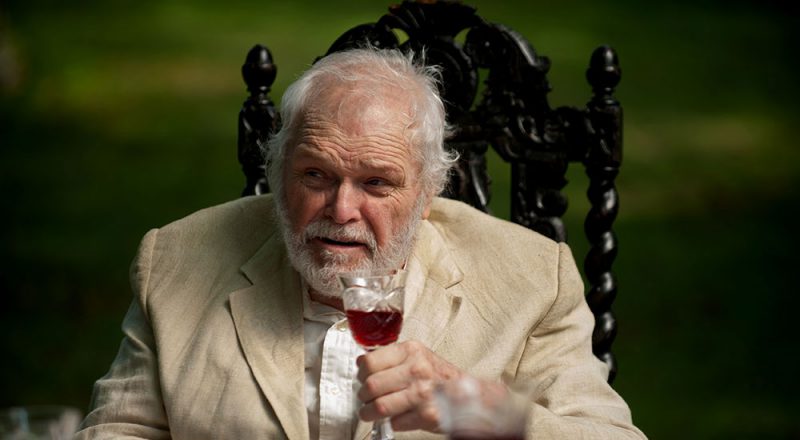 Anton Chekhov, the Russian playwright, wrote The Seagull as a play in 1895.

Click here to insert more info about Chekhov's play.
The Seagull (Chayka) was first performed in St. Petersburg in October 1896 as a four-act drama. It was badly received, almost hissed off the stage. Two years later, The Seagull was revived in the Moscow Art Theatre, where it enjoyed success. The Seagull is a study of the clash between the older and younger generations with a couple of love triangles. Chekhov captured life in the Russia of his time by using a deceptively simple technique devoid of obtrusive literary devices; he implies a lot of ideas; they are not stated.  Any action is off-screen, referred to, or implied. Yes, that leads to a lot of talking in the play and in the film.

The Seagull is a comedy, technically, but it is not funny. Any comedic lines are sarcastic thoughts spouted by the depressed Masha (Elizabeth Moss, Us), the daughter of the country estate managers. Masha is a single woman, depressed, does drugs and vodka, dresses in black, and is loved by Mikhail (Michael Zegan, The Marvelous Mrs. Maisel, Frances Ha). Unfortunately for Mikhail, Masha loves the young tortured playwright Konstantin (Billy Howle, The Outlaw King). 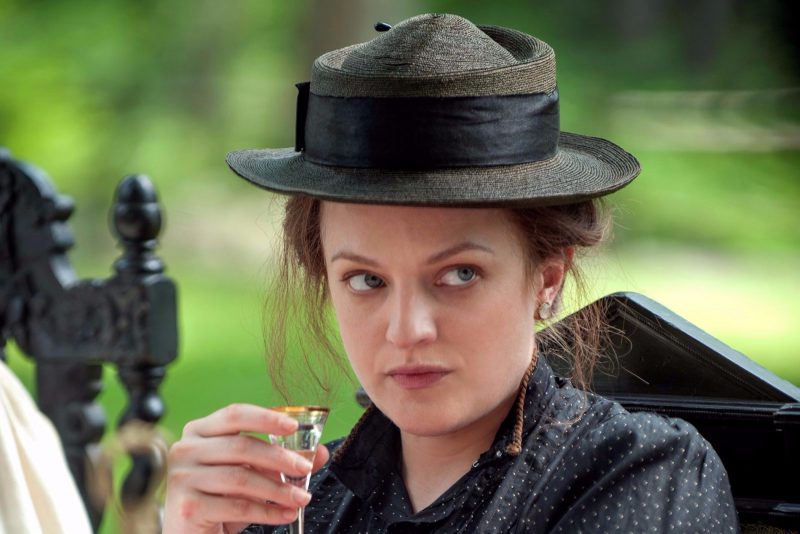 Konstantine loves a neighbor Nina (Saoirse Ronan, The Lovely Bones), who proceeds to fall in love with the older playwright Boris (Corey Stoll, soon to be in West Side Story). However, Boris seemingly lives with Irina (Annette Bening, Danny Collins), the “I must be the center of attention” mother of Konstantin. You get the idea, everyone loves the wrong person, and Konstantine has some issues. This mostly unrequited love happens at the country estate owned by Sorin (Brian Dennehy, who has a long list of movies starting with Looking for Mr. Goodbar in 1977).  Remember, Brian Dennehy is the reason I saw this classic mammoth soap opera; I am happy I did. 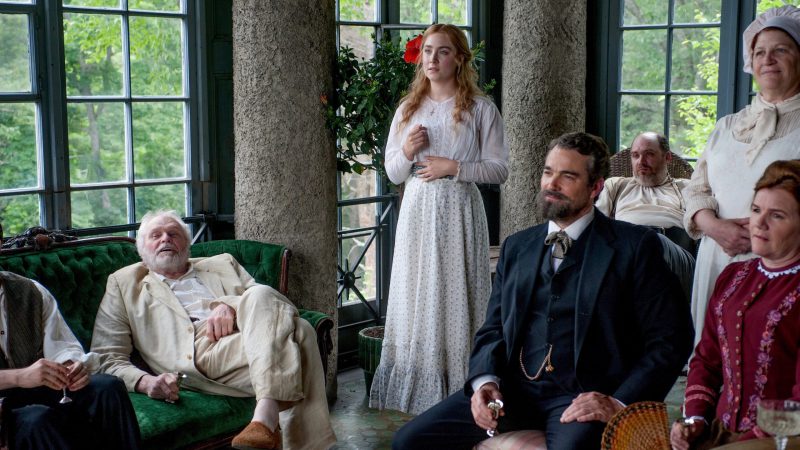 This movie is the third The Seagull movie. The first was in the USA in 1968, followed by a Russian film in 1972. Based on past reviews, this remake is the best of the three. As with most good movies, this one messes with the timeline, something not done in the play. This Seagull begins two years in the future (the first half of Act IV of the original play), flashes back for a while (Acts I-III) and then ends where it began (end of Act IV). Shifting timelines are confusing at first, but is popular in good cinema these days.

The Seagull is set at a country estate outside of Moscow, Russia.  However, it is weird because everyone has Russian names, but they all speak perfect English and they all look and act like they are from New England, on vacation in Vermont.

Brian Dennehy’s death prompted me to watch the drama The Seagull.  His character Sorin had an appropo line as Sorin was approaching his death:

“I’m going to miss this old world, wish I had seen more of it.”

Nina leaves to pursue acting. Eventually, she marries Boris, they have a baby, the baby dies, and Boris goes back to Irina.  Konstantine does earn a living by writing but then sees Nina again.  He professes his love to Nina, Nina rejects him, says she is still in love with Boris, and Nina leaves.  Konstantine then dies by suicide.  Not a comedy. 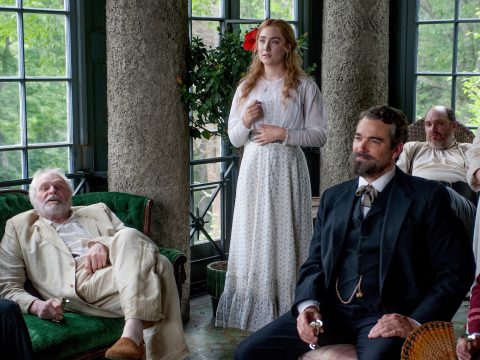 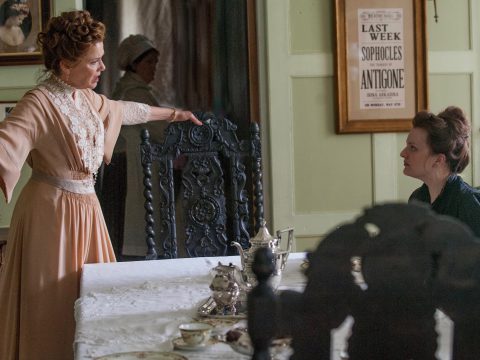 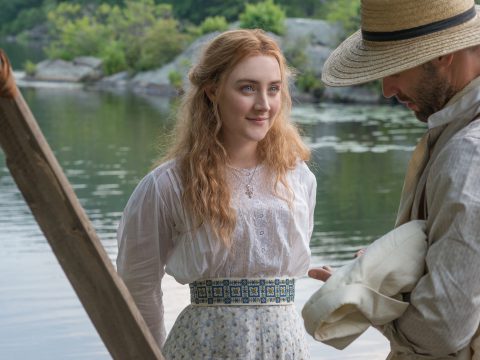 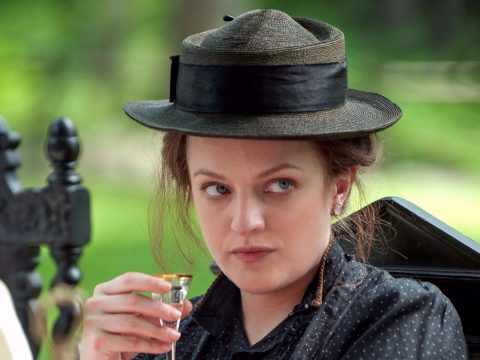 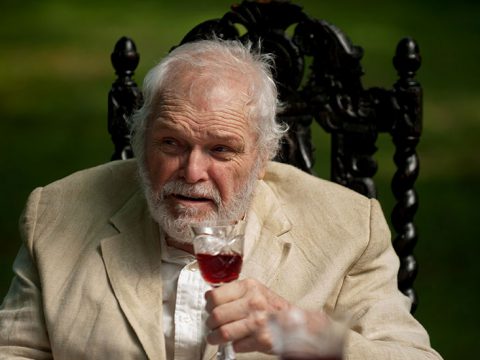 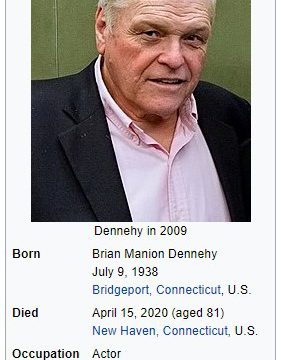