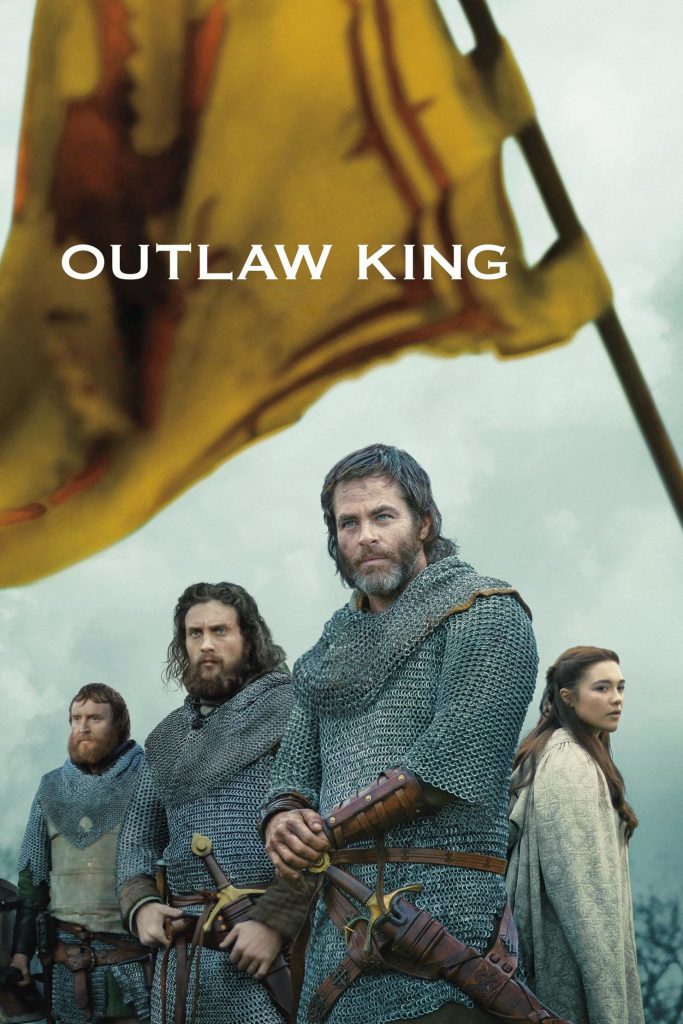 The Scottish Clans argued and fought to determine the next Scottish King. However, when consulted the English King Edward I for advice, Edward I stole the throne.  This movie begins as the Scottish clans are surrendering to Edward I and accepting him as their King, but only after a spectacular catapult scene, a scene not needed for the surrender nor the movie, it was just done because it was cool. Edward I gives his goddaughter Elizabeth de Burgh (Florence Pugh, Lady Macbeth) to Robert Bruce, Earl of Carrick (Chris Pine, Captain Kirk since 2009). Robert Bruce is the closest male to the Scottish throne. Being his wife unites the two countries.

Years later (although the passage of time is not presented well in this film), Robert Bruce sees the upper left quarter of William Wallace’s body hung for public display in a Scottish border town. This is the spark Robert Bruce needs to renege on his surrender to the English King Edward I and install himself – with the help of his 50 loyal followers and the Church – as the legitimate King of Scots. 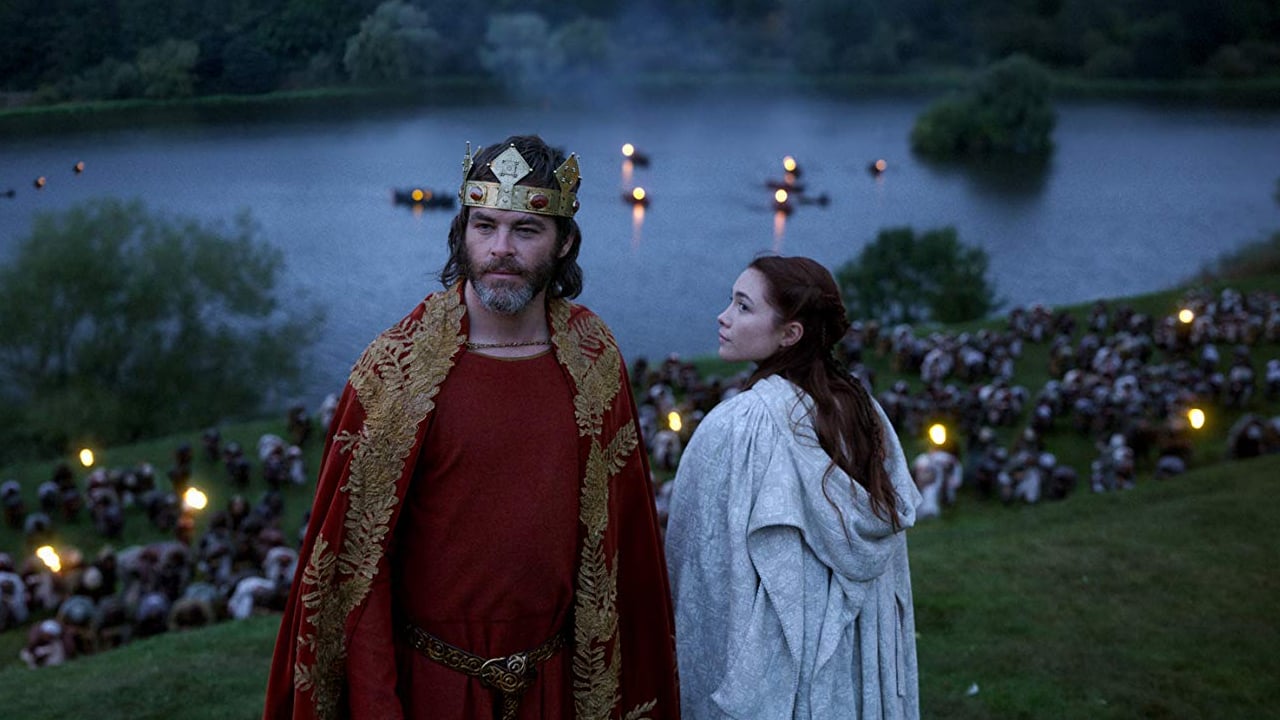 The English – and some Scottish clans – begin to fight with the King of Scots until there are only 40 followers remaining. With 47 minutes left in the movie, those few loyal to the King of Scots, declare an end to chivalry and begin to “fight like wolves.” After several small battles, the fighting culminates in a fulfilling and strategic final battle, using the land they know so well to their advantage to fight an immense English enemy.

This movie is historically more accurate than Braveheart. No kilts and no war paint in Outlaw / King. Why? Because, in the year 1304, kilts hadn’t happened yet, and war paint happened way before. Chris Pine as Robert Bruce is not the most dynamic of Kings. Robert Bruce is a quiet, insightful, and full of pent up revenge type of King. His attitude is opposite the English warriors; but every once and a while you hear Captain Kirk giving orders – but that’s probably just me. It is refreshing to see, twice, Robert Bruce almost killed in a sword fight showing his weakness and vulnerability.

Elizabeth Pugh is fine in her role as the dedicated, strong and intelligent wife. Although. Ms. Pugh’s lines don’t impact the direction of the movie. She is just there to be a nice, strong, 22-year old female, the only significant female in the movie. My favorite is James Douglas (Aaron Taylor-Johnson, Nocturnal Animals, Kick-Ass). James Douglas is full of hatred for Edward I. With his face covered with blood and dirt, he has the best yell-scream during battle. Angus Og Macdonald, Lord of Islay (Tony Curran), the King of Scots closest confidant, is also excellent. There always has to be an Angus in a Scottish movie.

Overall, 2 hours of satisfying entertainment with intrigue and scheming, a little sex, and a lot of blood and guts. 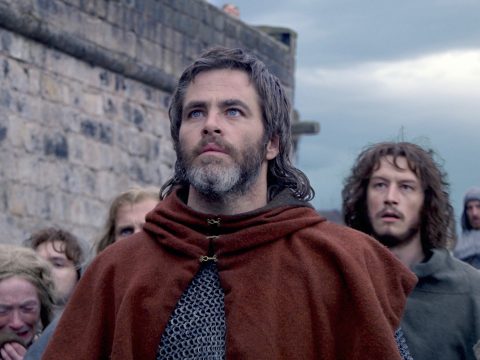 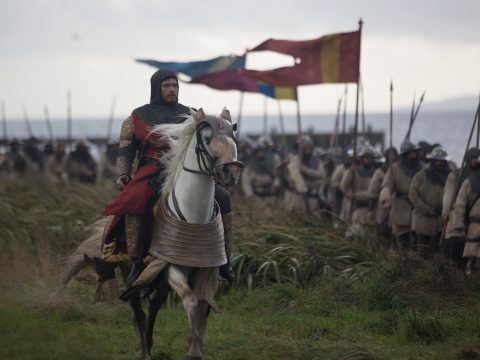 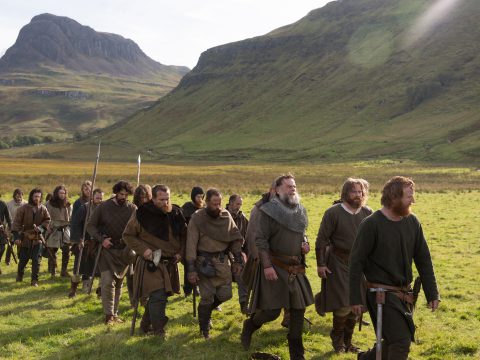 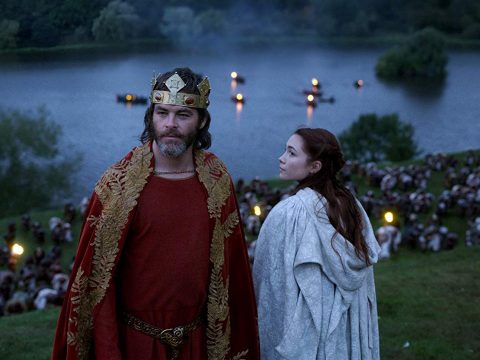 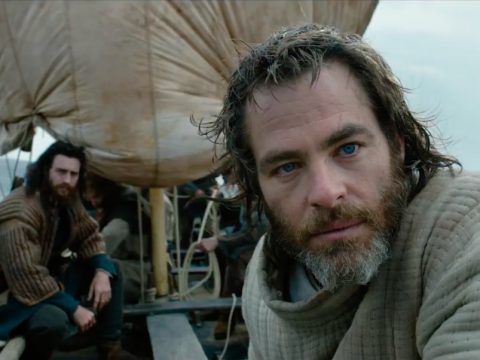 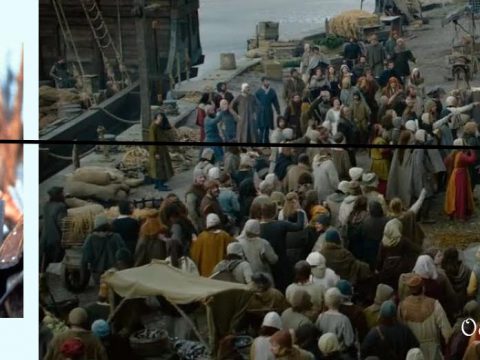