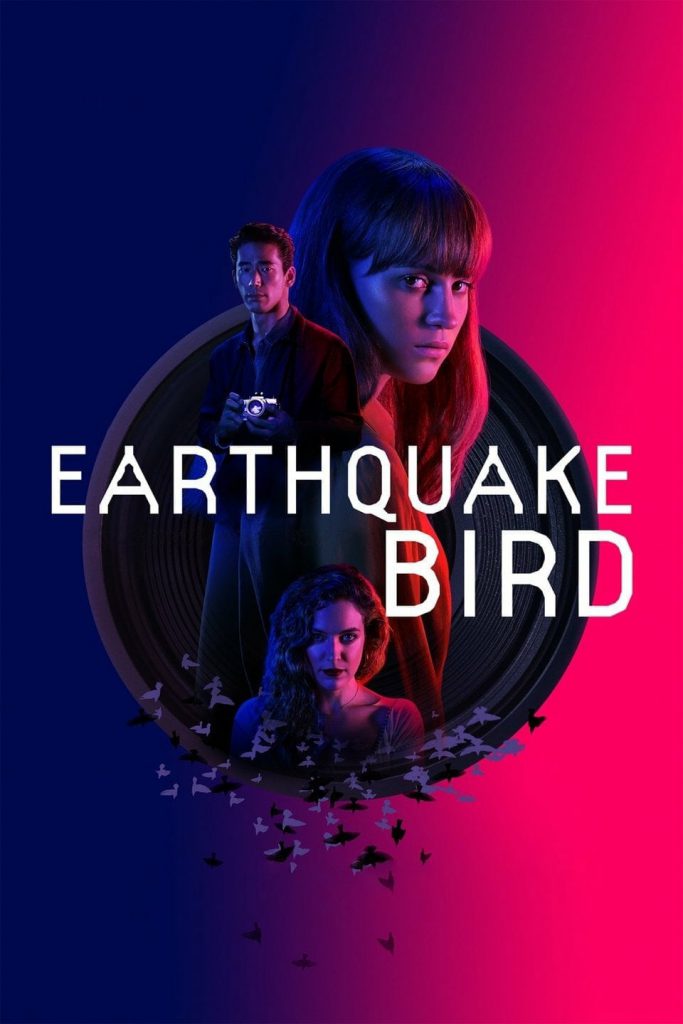 Earthquake Bird is a psychological drama set in Tokyo 1989. Unfortunately, the most interesting part is hearing the birds chirp after an earthquake.

Lucy Fly (Alicia Vikander, Ex Machina, The Danish Girl, Tomb Raider) is an American – fluent in Japanese – living and working in Tokyo.  During the open credits, the Police question Lucy about the disappearance of her friend Lily Bridges (Riley Keough, Under the Silver Lake).  The remainder of the movie is a flashback showing her meeting a boyfriend, Teji Matsuda (Naoki Kobayashi), and meeting Lily.  They do not tell you it is a flashback; you have to guess or wonder. 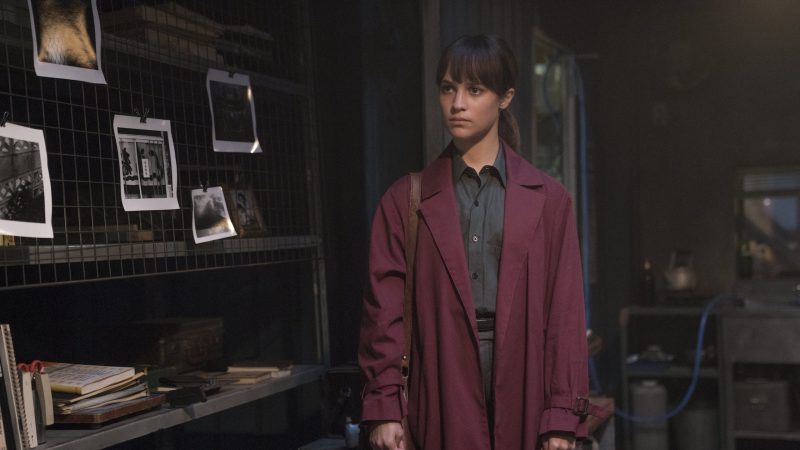 They make you guess and wonder throughout the entire movie.  There are several instances where tension builds, the music reaches a climax, and then – nothing happens.

Also, Lucy may be an “unreliable narrator“; that is, she sometimes see things that are not real.  The unreliable narrator story-line does not develop into anything either.  It just adds more doubt to the film.

Foreshadowing occurs throughout the film. Images of a tree, bonsai tree gift, the song, “Died in your arms tonight.”  Unfortunately, nothing is explained until the end of the movie.

Lucy Fly is a very reserved character.  She is sometimes submissive to Lily, letting Lily bully her.  But remember, Lucy is an unreliable narrator, so the bullying might not be real.  It is difficult to like Lucy because of her detached or maybe scared attitude; you can never really get a handle on Lucy. Toward the end, you begin to learn about Lucy’s life, but it is too late in the movie. 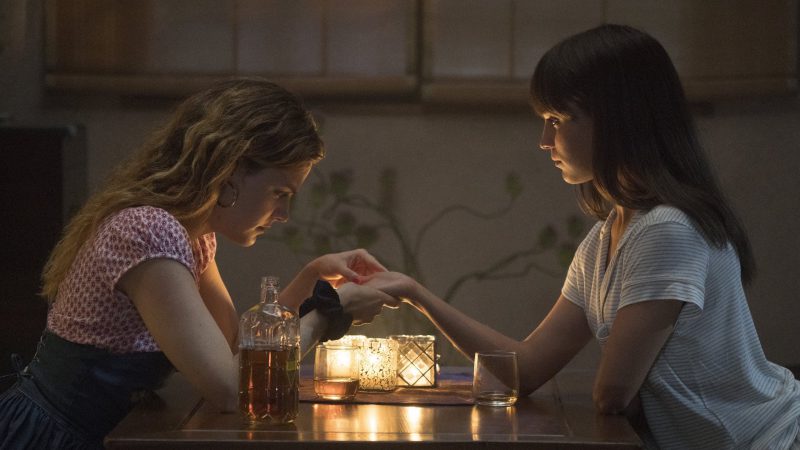 There are a few additional characters that do not add anything to the story.

Lily, the friend, is new in Japan and is a more relatable character. She is not so innocent, bubbly, a little controlling, and a spoiled American millennial.  You never get to know Lily, never trust her, so it adds more doubt and suspicion to the movie.

The other main character is Teji, Lucy’s boyfriend.  He has some weird behaviors, and you are very suspicious of him.  However, there are some scenes where the music builds, you think something is going to happen, and guess what, nothing happens. 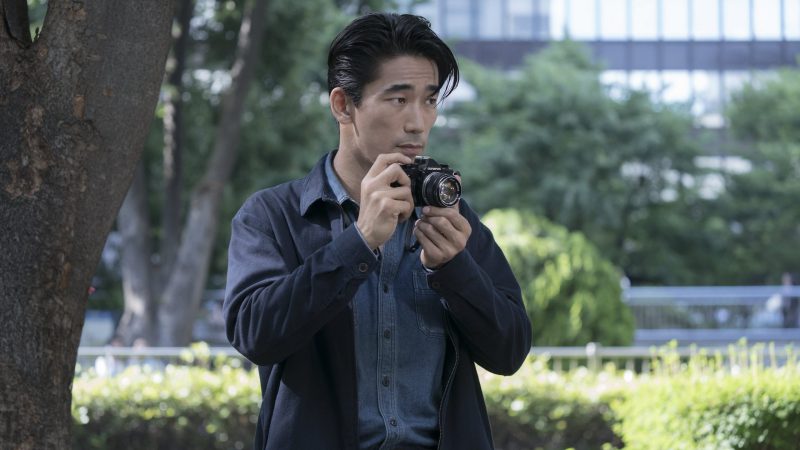 Overall, it is a relatively dull and disappointing movie.  Suspense builds, and nothing happens. Things happen, but did they really happen.

Lucy admits to killing Lily since she turned Lily away the night she disappeared.  The Police determine the body they found is not Lily.  The Police wonder why Lucy lied about killing Lily.  Then the viewer begins to learn about Lucy’s life and begins to figure out why she is like she is.  She blames herself for the deaths of her brother, a neighbor, and for the woman she startled who then fell down the stairs.

Lucy then breaks into Teji’s apartment and finds evidence that Teji killed Lily.  Lily tries to take the evidence to the Police, but the detective on the case is not there, so Lily goes home.  Teji is at Lily’s apartment and wants to run away with Lucy.  Lucy says, “It’s over.” Teji attacks Lucy and starts to choke her.  Lucy grabs the fishbowl, smashes it into Teji’s head, glass shards (somehow) enter his brain, and he dies spurting blood from his head.

The final pointless scene in Earthquake Bird, this psychological drama, is her music quartet friend telling Lucy that she waxed the stairs the day before that woman fell. Therefore, the woman’s death was not Lucy’s fault; it is her fault. 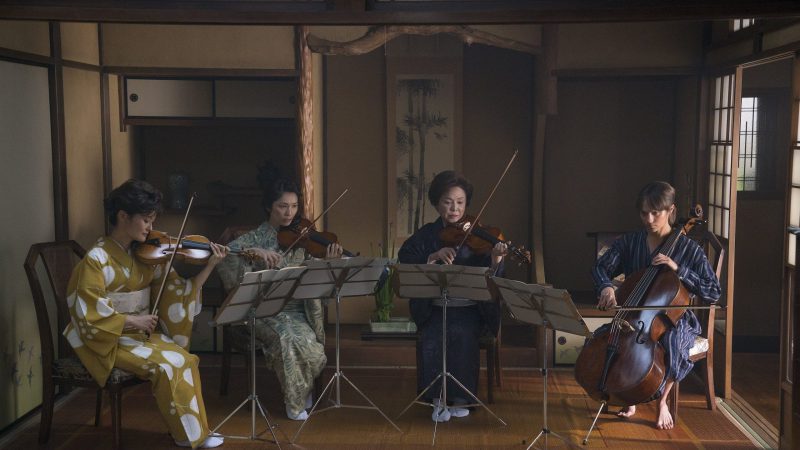 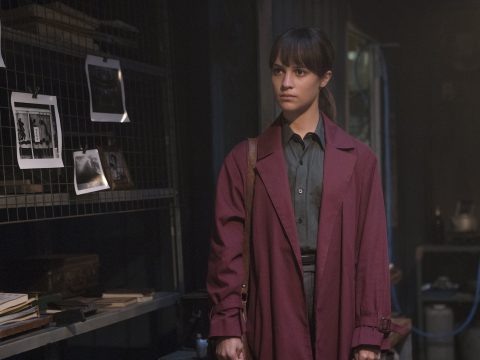 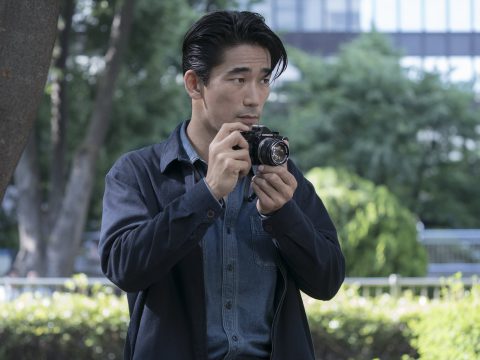 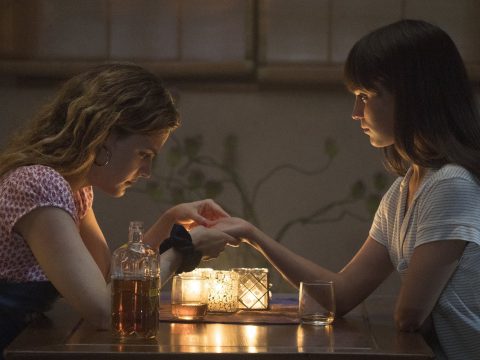 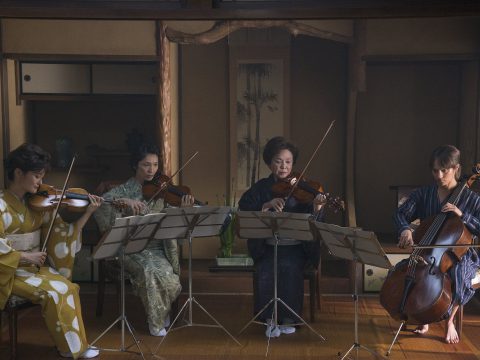