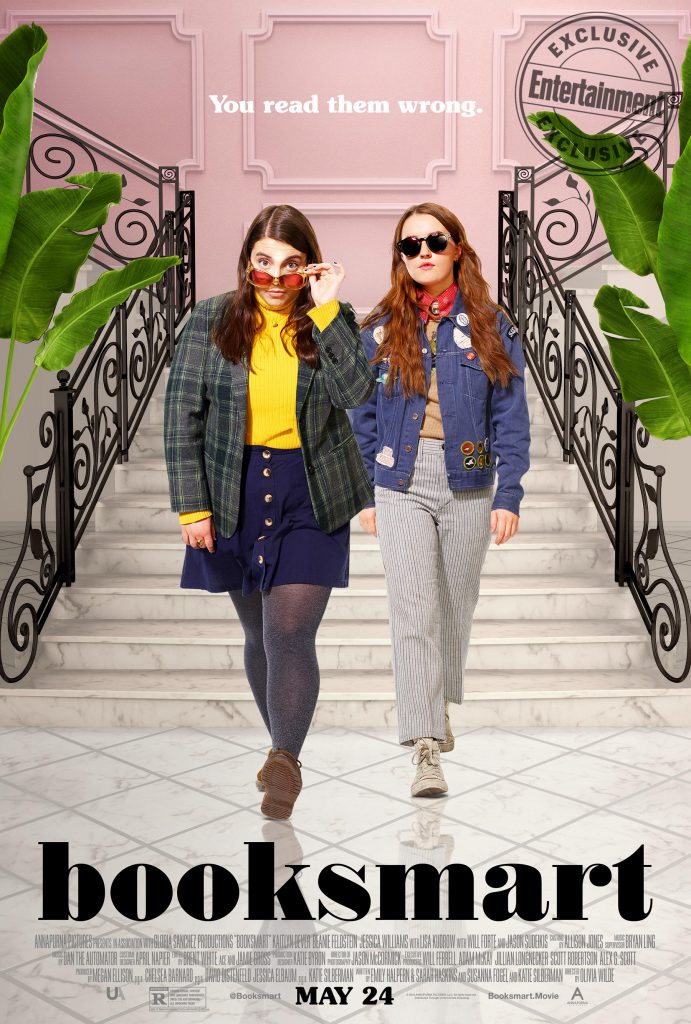 The tagline for Booksmart states “…. cram four years of fun into one chaotic night.”  I guess that’s correct but Booksmart is way more than just a stupid party movie.  There is some chaotic “fun” on that last night of high school, but Booksmart is about the friendship of the two leading ladies Amy (Kaitlyn Dever) and Molly (Beanie Feldstein).  Amy & Molly are perfect in the roles as best friends, different in almost all every way, but they had the focused desire to study hard and get into a good college.  They stayed true to their pledge until the last night of high school. 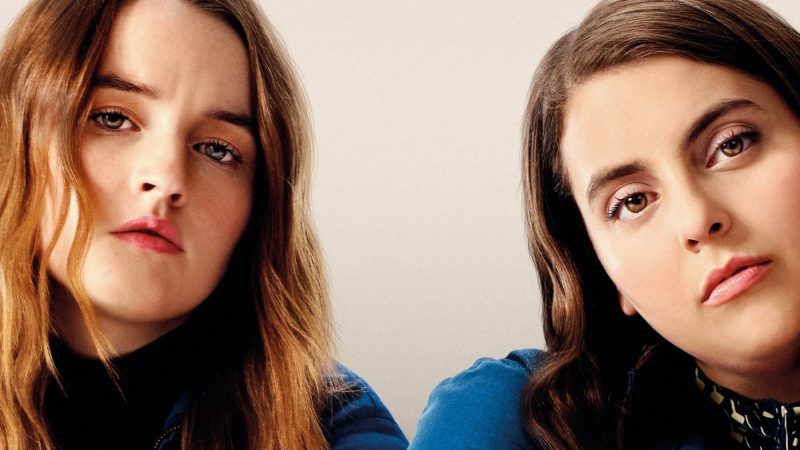 Molly the leader of the pair is the Senior Class President and Valedictorian.  She is the bubbly one who keeps the action moving forward and her facial expressions are the funniest part of the movie for me.  The scene near the end when Molly is spying through the window as Amy is saying goodbye to her new friend Hope (Diana Silvers), is the biggest laugh for me.  Molly’s expressions – seen through the closed window so you could not hear her – going from confusion, to epiphany, to excitement, and finally happiness for her friend is amazing.

I’ve been a fan of Kaitlyn Dever since I first saw her during the best binge I ever had – Justified (2010-2015).  Ms. Dever played Loretta McCready an innocent looking 14-year old (in 2011) but a tough and smart pot grower in Eastern Kentucky.  I remember her as a great actor with a southern drawl, a very in-your-face tell me what happened type, and never smiling.  In Booksmart, she is similar in some ways, a very direct character, knows what she wants, but smiles just a little bit more.  I was hoping she would point some guns at people and cut some bud, but she is excellent in Booksmart as a smart middle-class high school student. 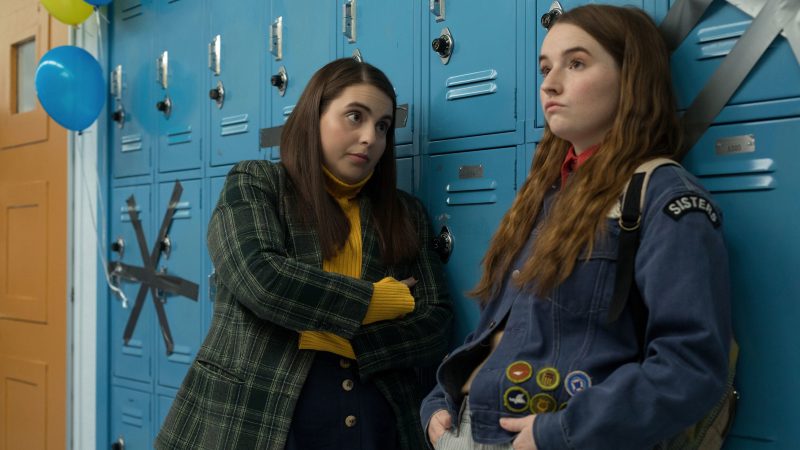 There are some offbeat one-dimension, fun, characters, the most reoccurring one for some comic relief is Gigi (Billie Lourd) who keeps popping up in unusual places, at unbelievable times, acting weird, and being all 1%-ish.  Jessica Williams (The Incredible Jessica James) as Miss Fine – the teacher going wild – is great in her role as the enabler for Molly & Amy and enjoyable with her liberal and cool attitude.

Lisa Kudro & Will Forte with small roles and not much to do except be weird and be the out of touch Mom & Dad.  Jason Sudeikis the High School Principal did a bit more, might have been sleazy but could not really tell since he did not have enough screen time. 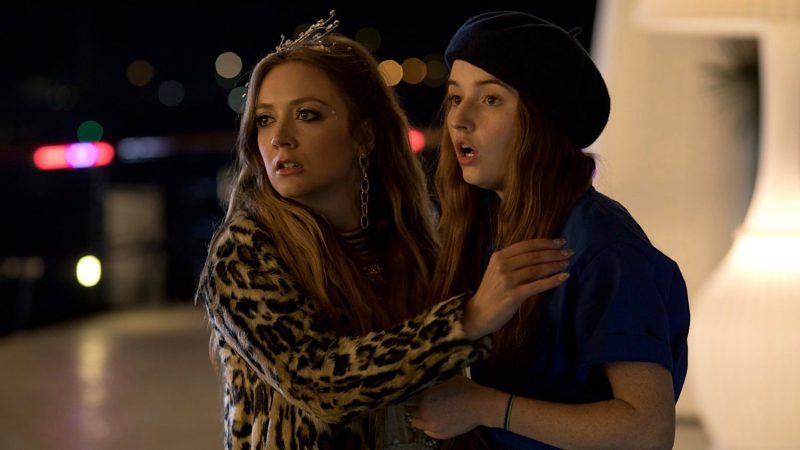 Booksmart is very well written, did not have too much cornball high school antics, although it did have 118 F&ck’s & 33 sh!ts (which reflects today’s high schools?), and gets to a very sentimental point that everyone, I mean everyone, has experienced.  Booksmart is Olivia Wilde’s directorial debut.

During Molly’s graduation speech she professes she finally understands her classmates and they know as much as she knows.  Amy finally gets a girl, but the next day goes to Botswana to make tampons.  Climaxes in the finally sad saying goodbye scene as Molly drops off Botswana-bound Amy, starts drive away, and begins to cry.  Suddenly, Amy jumps in front of the car and says, “I can be the last one on the plane…You wanna get pancakes?”  Fuck Ya was Molly’s reply, “Fuck, yeah, I do! Fuck, yeah!” – that would be F&ck #118. 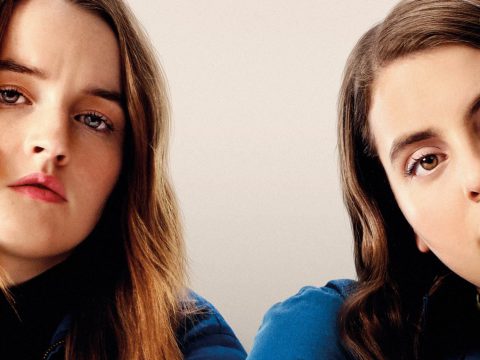 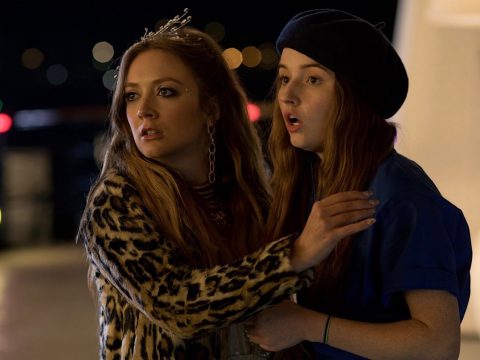 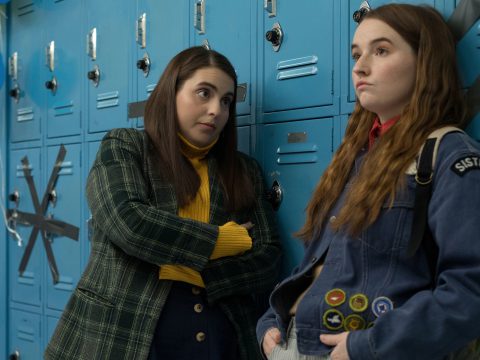