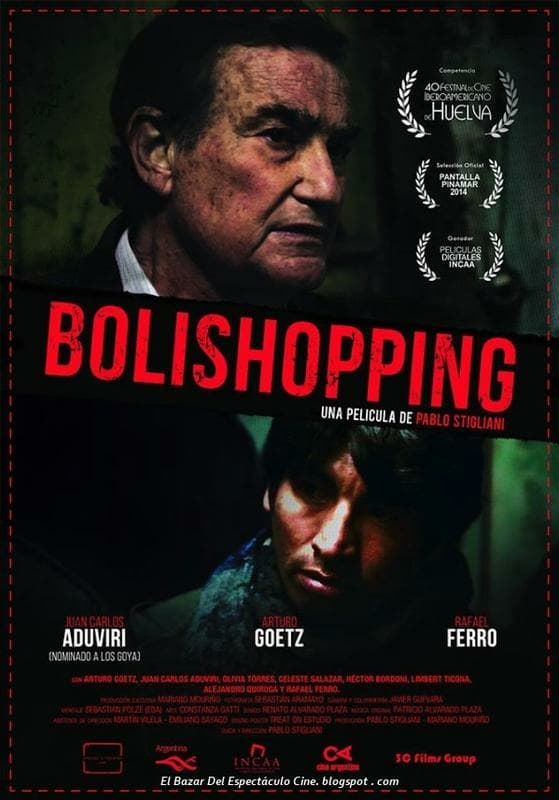 I read in the newspaper on October 25, 2019 that Evo Morales declared himself President of Bolivia.  He declared victory even though there were voting irregularities and accusations of fraud. Protests began. Ethics were not practiced in the Bolivian election; good luck with ethics in the 2020 USA election. This got me thinking about Bolivia and got me to finish my Bolishopping review. 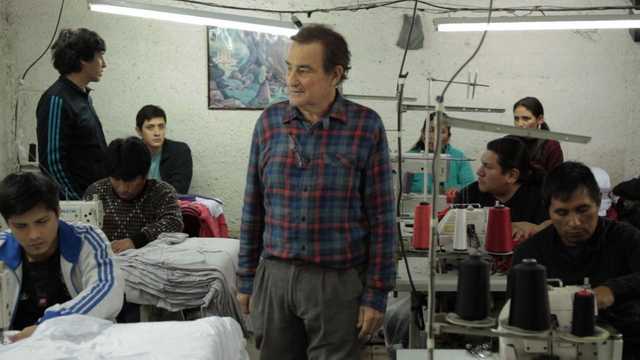 Marcos (Arturo Goetz) in his sweatshop

The Bolivian star of Bolishopping,  Juan Carlos Aduviri (actor & cinematography professor in La Paz, Bolivia) is the main reason I watched this movie. Juan is also in my favorite foreign oppression movie, Even the Rain, about Christopher Columbus’ horrors in the new world.  Another reason to watch – Bolishopping is free with Amazon Prime.

In Bolishopping, Juan Carlos Aduviri plays Luis, the father of the family that shows up at the sweatshop to work. He unexpectedly brings his wife Monica (Olivia Torres) and daughter Sonia (Celeste Salazar). Luis submits to the oppression, but fights for his rights when his daughter’s health & his paycheck are threatened. 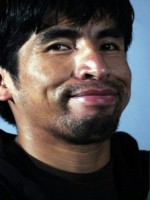 This movie is a four star for the story.  The story allows you to feel the oppression & frustration the workers are feeling. Not a good feeling, but it is an emotion from the film. Unfortunately, it can only get a one star for acting and cinematography – a skewed average of two stars.

The main creative cinematography used is having the camera follow behind people as they are walking.  Unfortunately, the people are walking in uninteresting places. This gets tedious after a while.

Also, Bolishopping is a little like a documentary, so the acting is more factual, just reciting lines to get the story out. Seeing the pain, confusion, and once happiness, in Monica’s face is probably the highlight of the acting. 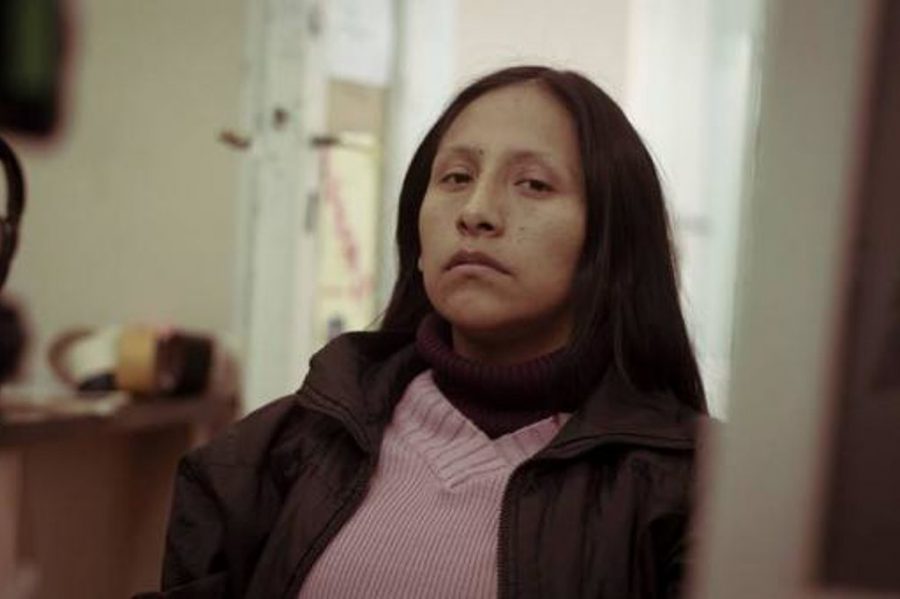 The main reason anyone would want to view this movie is to reinforce their understand that the emotion this father is feeling for his family is universal. He, like any father, would do whatever it takes to protect the family.

Overall, Bolishopping, an Argentinean film, is slow but worth viewing and makes the point that no one wins in oppression.

There is a human rights activist working in the sweatshop trying to find evidence to close it down. Luis discovers this out and demands the activist help his ill daughter. Unfortunately, the human rights activist does not have enough information yet so cannot help. Therefore, Luis and the family escape at night. During the escape, Luis breaks the lock and the wife, Monica, and daughter, Sonia, begin to run. Miguel knocks Luis unconscious protecting his family.  Monica and Sonia escape to their Embassy.  The Embassy sends them back to Bolivia.

Because of the unrest, the overseeing slumlord Eduardo closes the sweatshop.  Immediately, Eduardo sends the workers to a new sweatshop. Luis escapes and runs down the middle of the street back to his family. Marcos, the Argentinean sweatshop owner, is out of work and money. 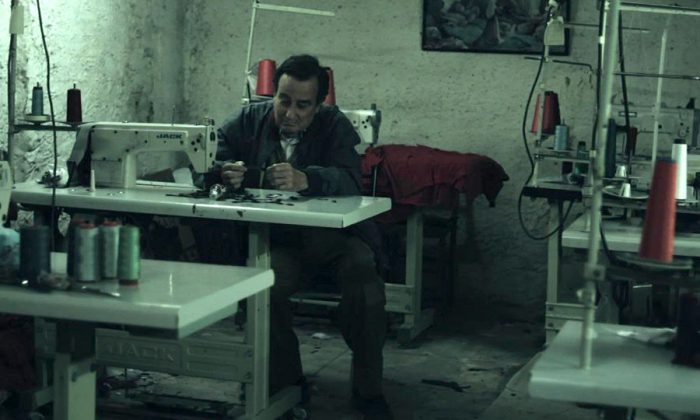 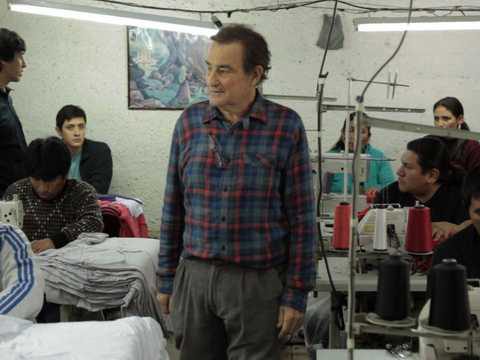 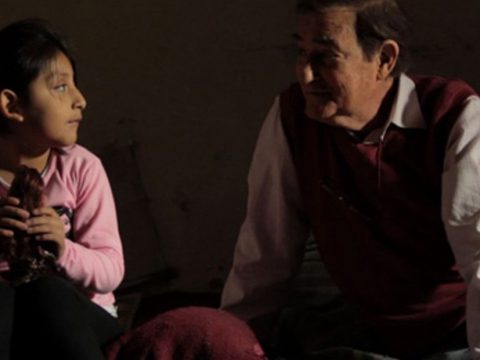 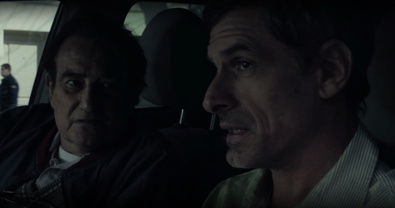 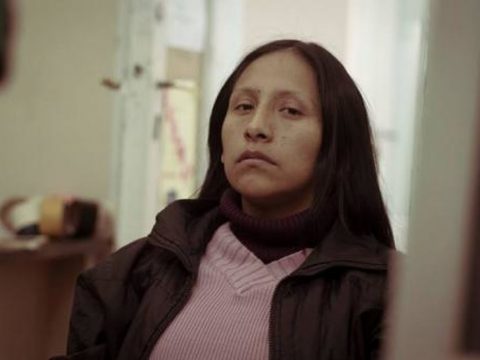 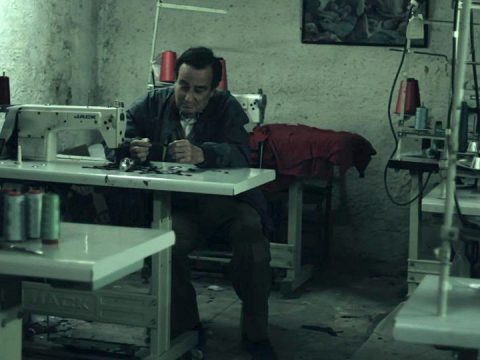