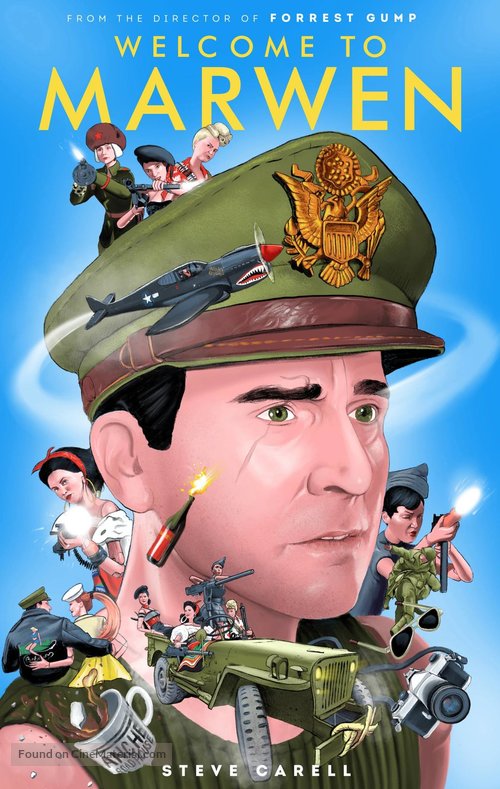 Robert Zemeckis directed Welcome to Marwen and it seemed to be the perfect movie for him to direct.  Robert Zemeckis directed Back to the Future trilogy (1996 – 2001), Who Framed Roger Rabbit (1988), and Forrest Gump (1994). These movies use technology in interesting ways to tell a story.  Remember how Forrest Gump is inserted into historical films – like Forrest meets JFK, and Forrest meets John Lennon (inspiring Imagine).  Technology was used to add to the story and push it forward, not to be the main plot line of the story.  However, in Welcome to Marwen, the Director gets really into the dolls. 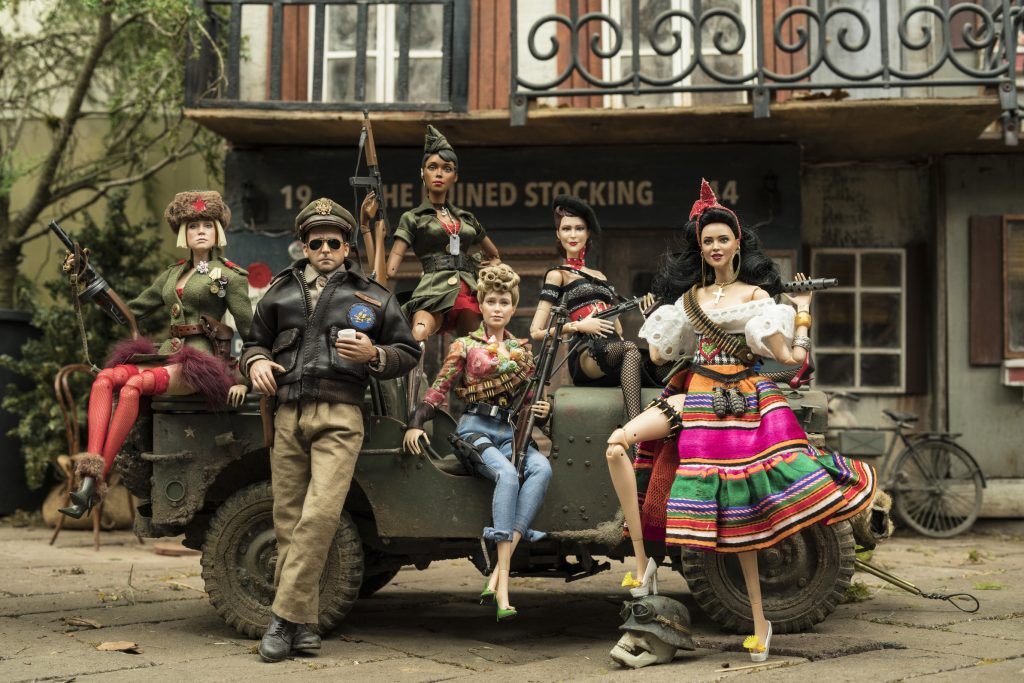 Mark Hogancamp and the women of Marwen

Welcome to Marwen is based on the true story of Mark Hogancamp (Steve Carell).  Five men severely beat Mark after learning he wears women’s shoes. This hate crime causes brain damage.  Mr. Hogancamp loses all memories of his past life, can hardly write or draw sketches, and he develops a severe case of PTSD.

A year of physical and mental health therapy is not enough. Therefore, Mark begins his own form of treatment.  Mark builds a 1/6 scale model of a Belgium village under constant attack from the Nazis during WWII in his backyard.  He populates the town with Barbie dolls to resemble the women he knows.  Mark is the hero of this town, and he and the women fight and defeat the Nazis.  Mark photographs the village, the women and the fighting.  His photos get people interested in Mark’s life. 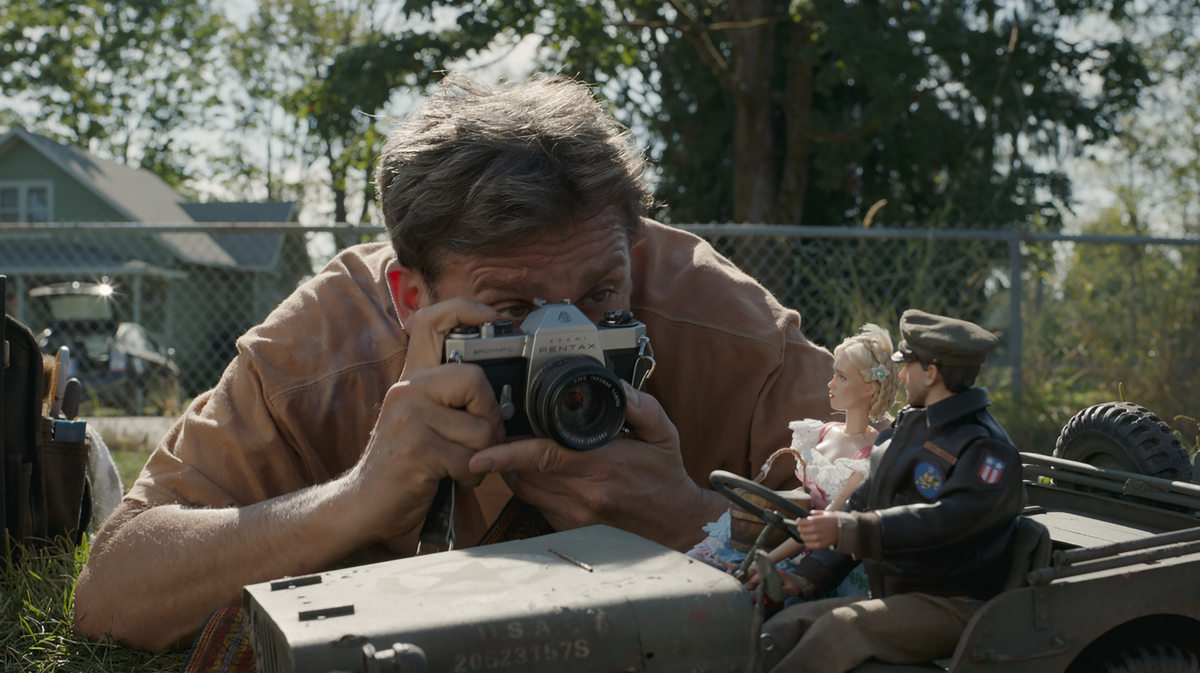 All dolled up: Mark (Steve Carell) photographs the plastic stand-ins of his backyard miniature town in Welcome to Marwen.

Marwencol, the documentary, dealt mostly with Mark and his state of mind.  Welcome to Marwen gets distracted. The dolls fighting Nazis takes too time away from Mark. However, the dolls do keep your attention, since you don’t see Barbie dolls fighting Nazi very often.

Steve Carell is excellent playing the damaged Mark Hogancamp.  His struggles to comprehend the world, and to confront his attackers is well done.  Mark’s delusions about settling down with Nicole – even though the viewer knows is impossible – is heartbreaking.  Leslie Mann plays her typical solid character, the smart, perfect, wonderful suburbanite.  Also good to see Gwendoline Christie again after her role as Brienne of Tarth in the Games of Thrones.  However, Gwendoline’s role is short and you see her mainly as a doll.  Merritt Wever has a slightly larger role, is a good friend and also is the one selling Mark the dolls. 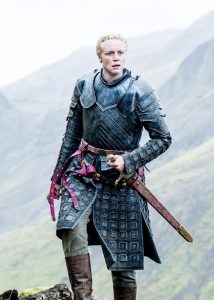 Gwendoline Christie as Brienne of Tarth

The movie also magically wipes away one of Mark’s biggest issues by blaming his problems on one of the dolls. Maybe that could happen, but the movie makes it seem too easy, just to wrap it up.

Mark Hogancamp & Nicole – how Mark wants it to be.

Welcome to Marwen, a dramatization of Marwencol, is an interesting movie, but would have been better if were not a true and sad story. Mark Hogancamp is the focus of this story. The dolls take your attention away from Mark for too long.

The Biggest Spoiler: The Ending
The blue haired Belgian Witch turns out to be a traitor and was making Mark feel guilty. Mark puts the witch away.  Now Mark finds the strength to face his attackers in court, and attend his art showing. 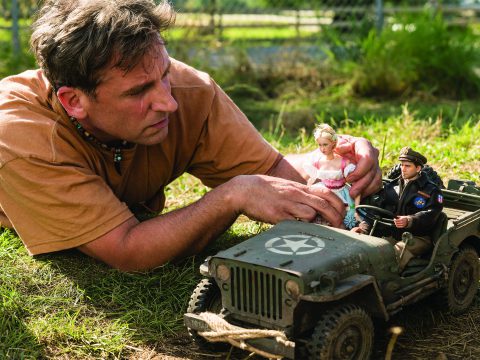 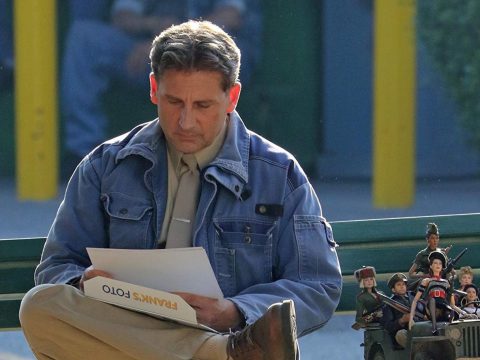 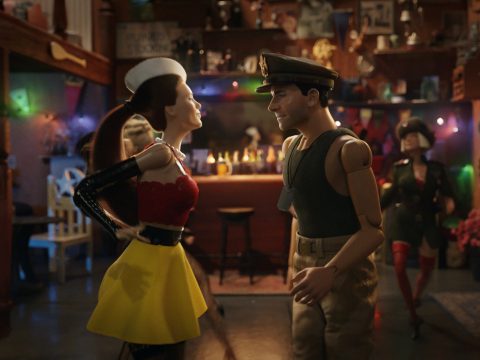 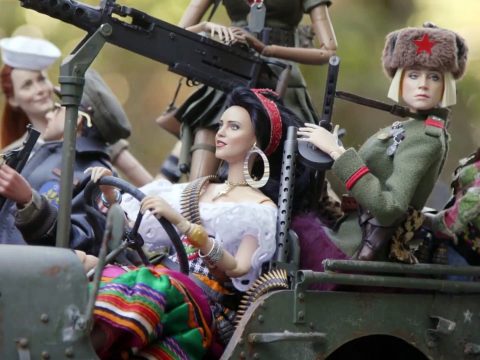 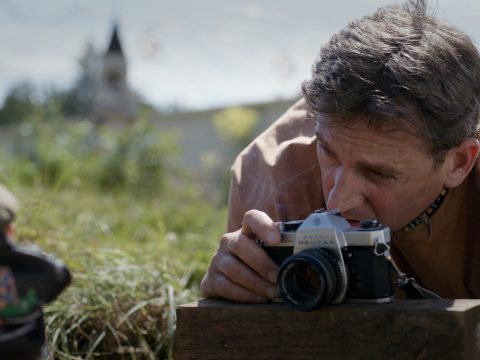 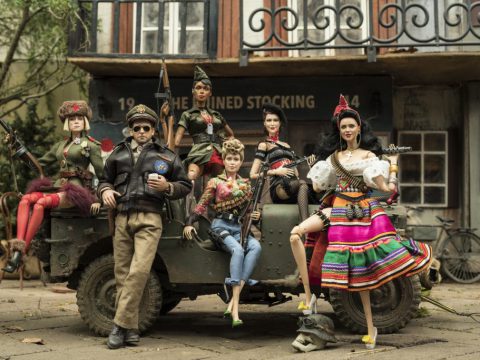 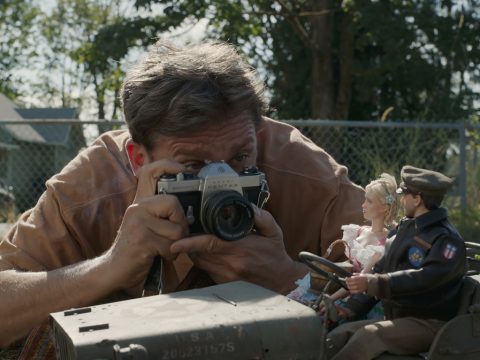 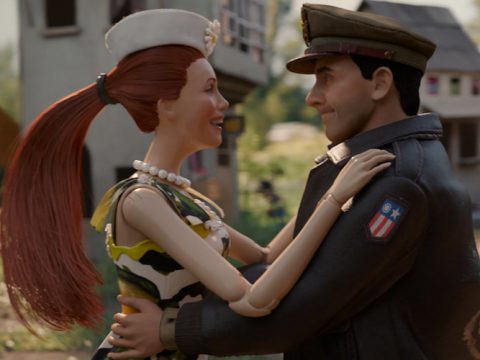 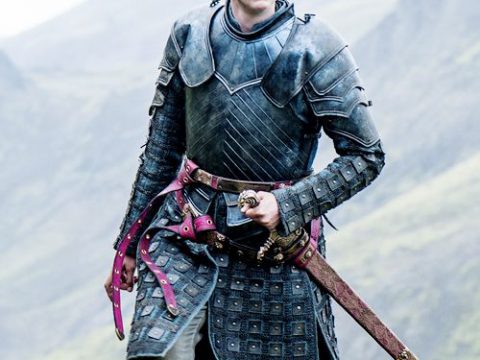