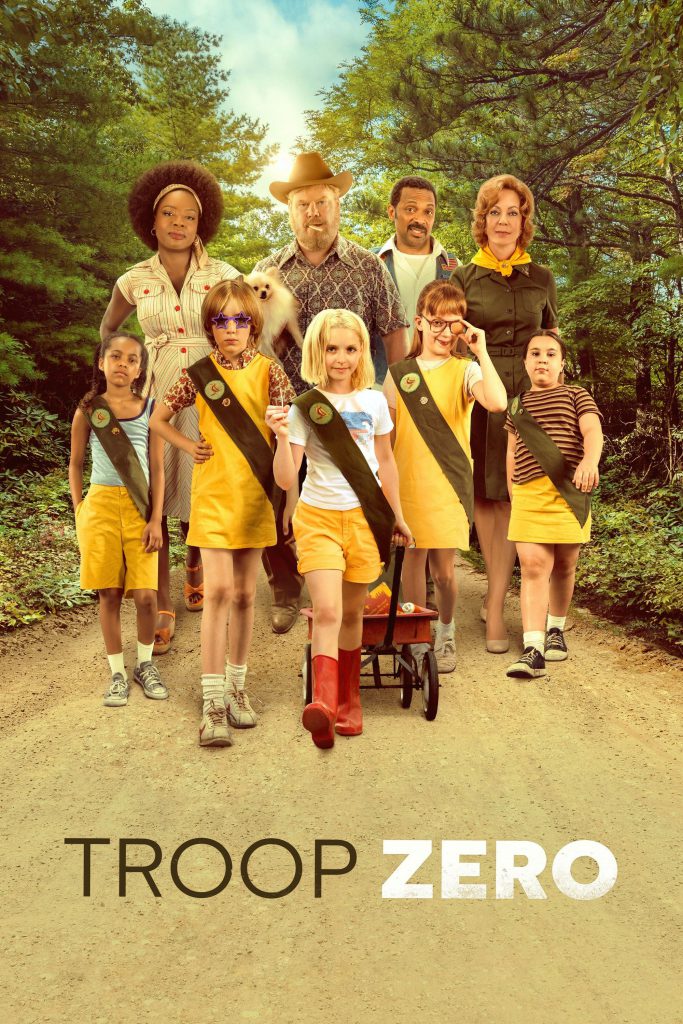 Troop Zero is a heartfelt, slightly off-beat, predictable comedy from Amazon Studios.  But, the film is more than just a story of misfit kids making friends and becoming more confident.  Troop Zero will make you smile, make you cry, and remind you how precious life, friends, and you are.

The story happens because an odd 13-year old girl Christmas Flint (Mckenna Grace) wants to put her voice on the Golden Record, recordings sent into space on Voyager 1 & 2 spacecrafts in 1977.  The Golden Record part is true; the rest is just a fun story that uses every cliché in the book, adds a big dose of cuteness, and a stellar cast to make you feel good by the end.

Christmas Flint (Mckenna Grace) lives with her dad, the country attorney, Ramsey Flint (Jim Gaffigan), in a trailer park-like community in rural Wiggly, Georgia.  When Christmas hears she must win a talent contest to get her voice on the Golden Record, she sets out to become a Birdie Scout and win the talent contest.  So, Christmas convinces her dad’s legal assistant Miss Rayleen (Viola Davis), to be the den mother for her Birdie Scout troop.  Christmas recruits the weird/different/alienated kids to join her troop. Their roadblock is the snooty Principal/Troop 5 Birdie Scout mother, Miss Massey (Allison Janney).

There are underlying story-lines of looking at the stars, meteors, talking to her passed on Mother who is up in the stars, bullies, acceptance of who you are, coming of age, and being an underdog.  You name it and that cliché is most likely in Troop Zero, but then they turn on some David Bowie and all is good.

Thirteen-year-old Mckenna Grace heads this stellar cast; she gets top billing in the ending credits. On her eight-year Wikipedia resume, Ms. Grace has a substantial number of films (20) and TV (29); she did well three years ago in gifted as a genius mathematician. 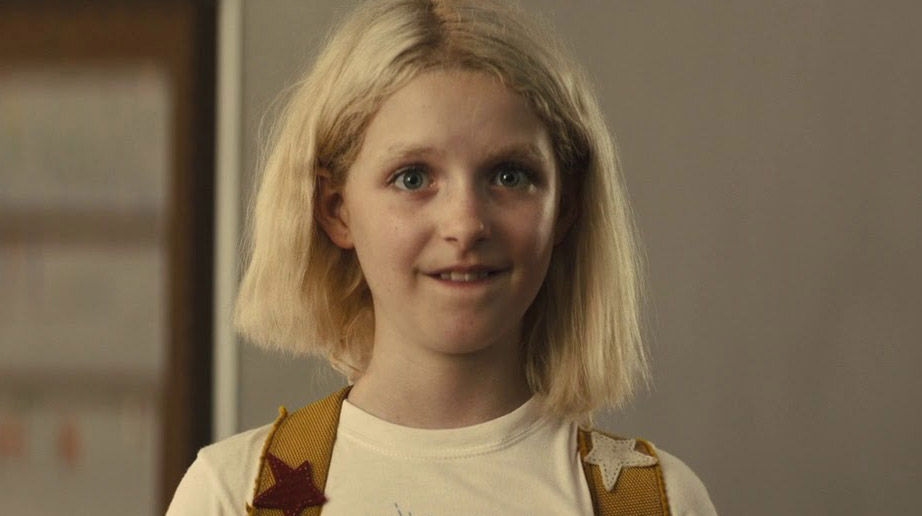 In Troop Zero, Mckenna’s expressions show a range of emotions from innocent, to courageous to full of wonder.  Sitting in a tree hearing about the Golden Record for the first time, she shows wide-eyed wonderment. The Directors (Bert & Bertie) rely on cuteness a lot with Mckenna.  She flops around in a little too large red rubber rain boots awkwardly and cutely running and occasionally cutely falling in the mud.  Mckenna Grace will be a significant actor in the future if she can keep it all together.

The hilarious Jim Gaffigan played a larger-than-life country attorney Ramsey in the small community.  His character was a little like Jimmy Stewart in It’s a Wonderful Life, although a little louder and weirder.  Ramsey was “the richest man in town,” liked and respected, yet he was broke all the time since no one paid him.  I don’t understand why he is chewing on a toothbrush during a large part of the movie. 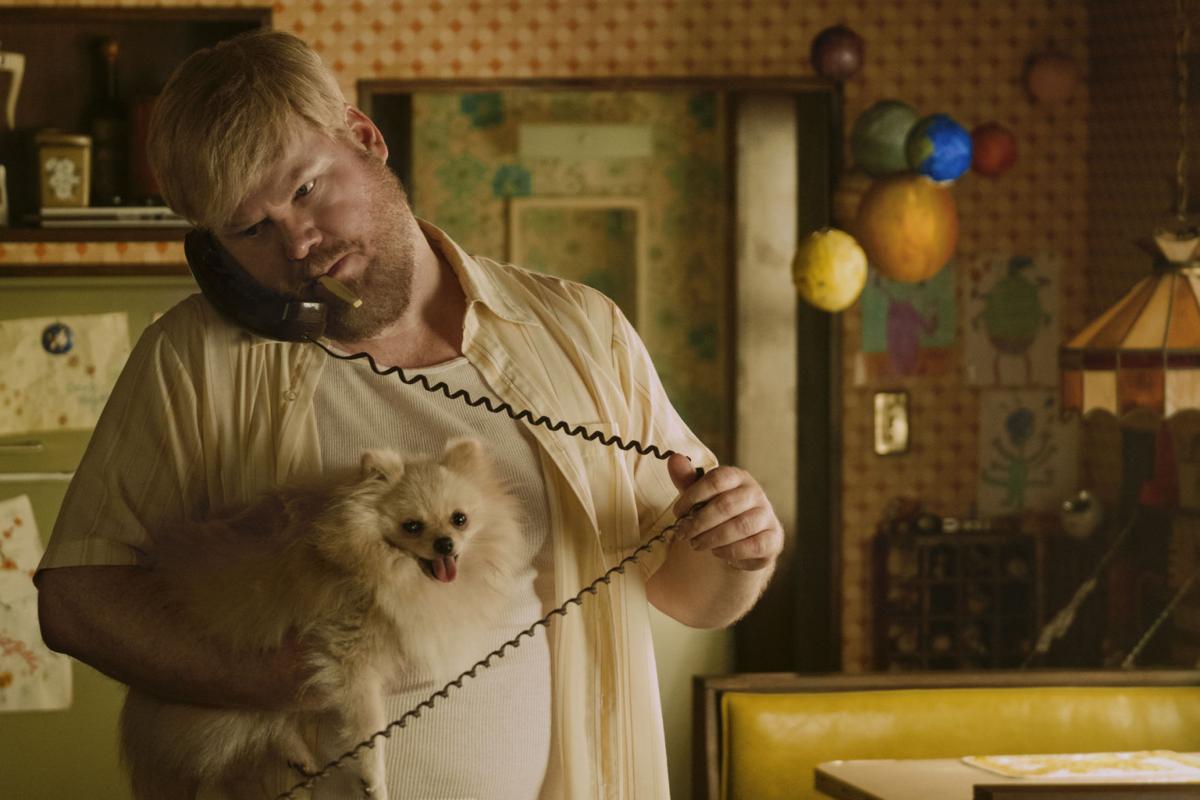 Viola Davis gave another steady excellent performance while she was rocking a great Afro, large enough to lose her pencil – aah the 70s.  This became a coming-of-age story for her character.

Allison Janney was the dislikeable character that you love to hate.  She was best in her scenes with Viola Davis.  Those two were competitors with an unexplained history, but had a deep seated respect for each other.

Troop Zero is a heartfelt, cliché-ridden, comedy that works if you just sit back and go with it. 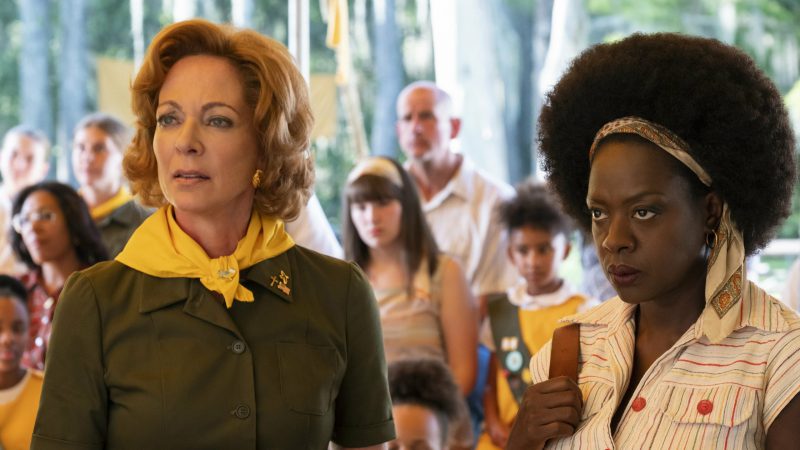 Read about and hear the Golden Record

P.S. – The Golden Record intrigued me, one of the reasons I watched Troop Zero.  Recordings and symbols were placed on two satellites in 1977 and sent out into space.  Some day the spacecraft will be collected by an alien who will then be able to figure out who we are and where we live so they can come and exploit our planet.

In 2020, Voyager 1 is 13.2 billion miles from earth, the farthest any craft has been.  That distance is only 0.00225 light-years. The nearest galaxy, Andromeda, is 2.5 million light-years away from earth, so Voyager has a ways to go before someone sees it.

During the ending credits they show prepping the Voyager 1 and the launch. 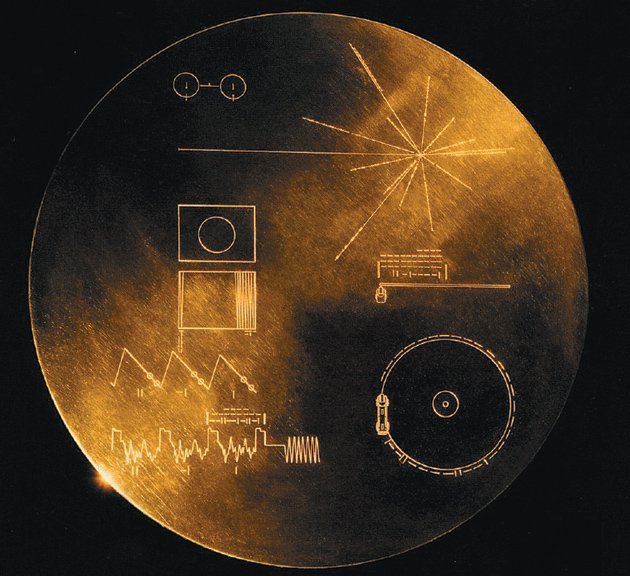 Troop Zero competes in the Birdie Scout talent show but they get laughed at and stop the performance.  Christmas Flint tries to talk to the audience, gets nervous and pees in her pants in front of the audience.  She then continues the performance by singing

Check ignition and may God’s love be with you

One by one her troop stand next to her, begin to sing, and then pee in their pants.  They then finish the performance.

The movie ends as Troop Zero and the parents watch the meteor shower and are recorded by NASA for inclusion on the Golden Record.  They yell – “I am here.” 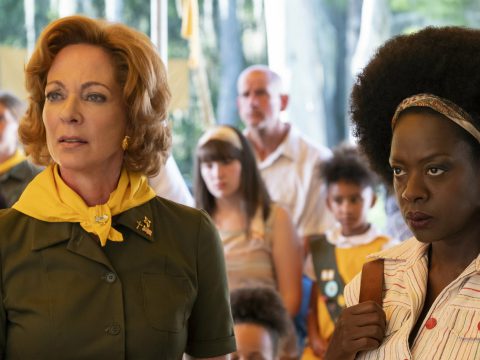 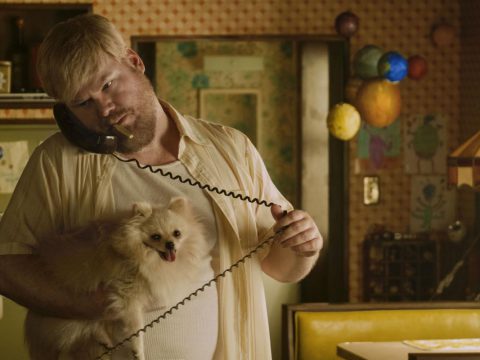 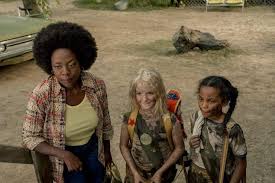 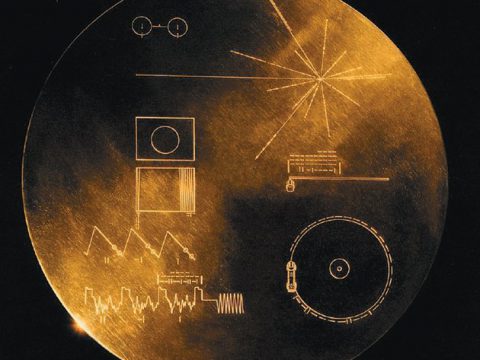 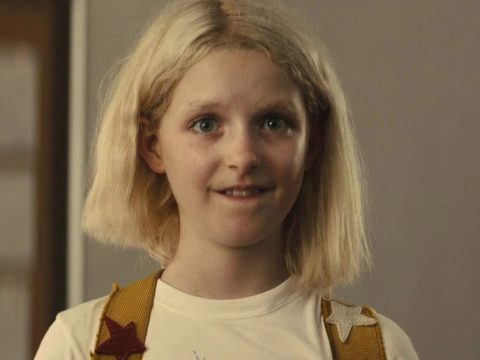 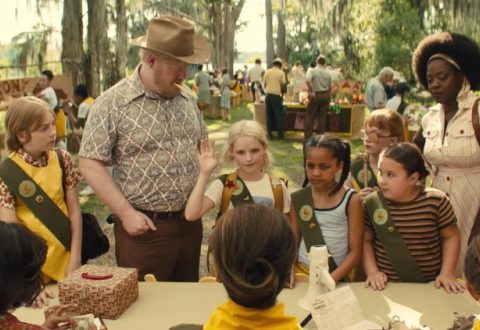