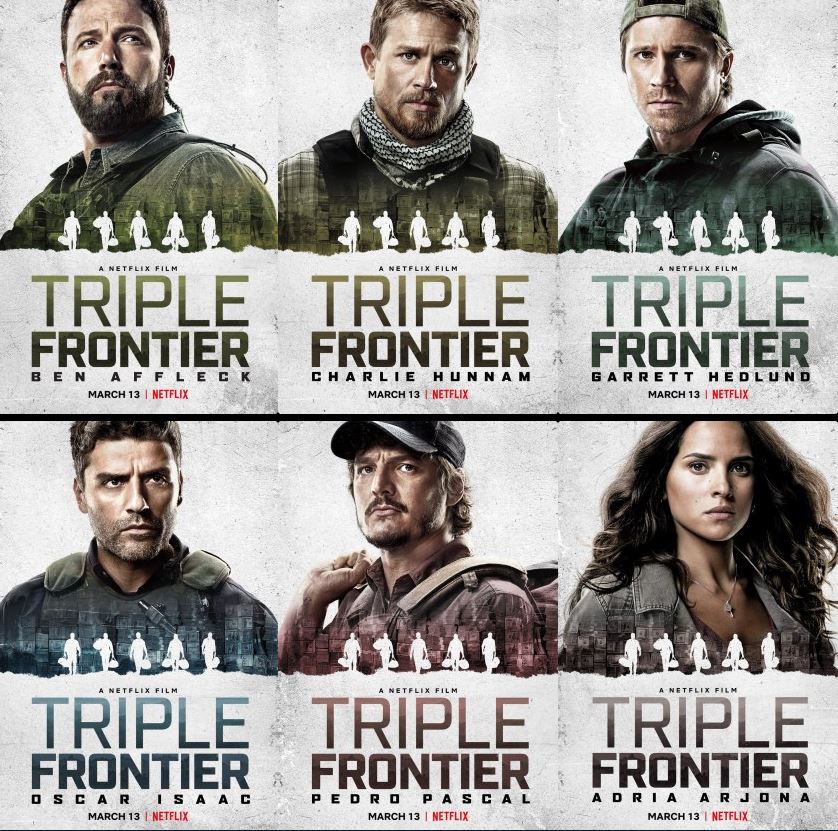 A retired USA Special Ops unit, starting to feel their age – agree to dispense with the patriotism and their “save-the-world philosophy” – and finally cash in on their abilities. This Special Ops unit plans to steal a lot of money from a South American drug lord. This “Hey Bro” action thriller is Netflix’s latest attempt at a limited release original movie (to make it eligible for an Oscar) followed by streaming to their almost 140 million subscribers. It is a decent, straightforward action movie – probably not destined for the Oscars – but keeps your attention – only because of the action and exotic locations. 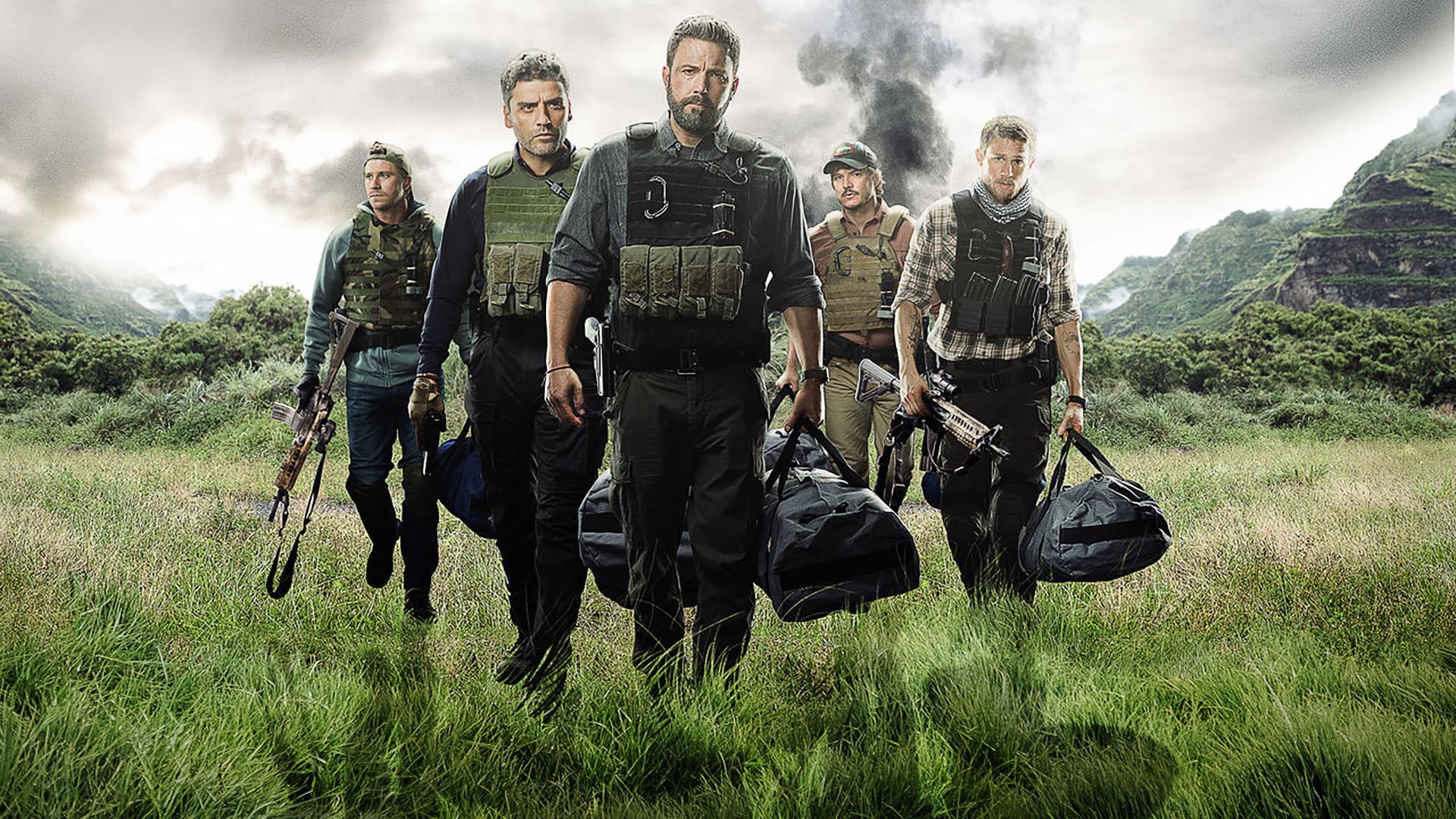 The names, Pope, Redfly, Catfish and Ironhead should hint it’s a bros movies with some “Hey Bro” and man hugging. Another sign – the first song (For Whom the Bell Tolls) and – the last song (Orion) are Metallica songs. Metallica’s Lars Ulrich is credited as Featured Score Percussion.

The first half of the movie is the recruitment, recon and the heist. Location is not specified, nor important, but the title Triple Frontier implies it is southern South America somewhere near where the borders of Paraguay, Argentina, and Brazil intersect.

The last half of the movie is getting out of the country. This is a two hour linear film. There are no hidden meanings. Nothing out of the ordinary happens.  That is, nothing that you wouldn’t expect from these violent and greedy men. You learn a little about the men. Each have their own struggles with each other and/or themselves.  They grow up a little – but nothing is ever explored – which is fine. I have Bro friends and we don’t spend a lot of time talking about interpersonal relationships, we just do stuff. So I am fine just watching these friends execute their plan and man hug once in a while.

The best scenes for action and exotic adventure are the first scenes set in, what I believe to be, Bogota, Columbia. Running through the streets of Bogota you meet the only female in the movie, Yovanna (Adria Arjona). Yovanna doesn’t do much acting but she is the key to making things work. The men’s acting is flat at times and occasionally there doesn’t seem to be much energy. The lack of energy is especially noticeable with Ben Affleck at certain times. Overall, as a group they all fit together and are believable as friends.

This is a straight forward action movie. Probably not destined for the Oscars, but will keep you entertained with action and exotic scenery. 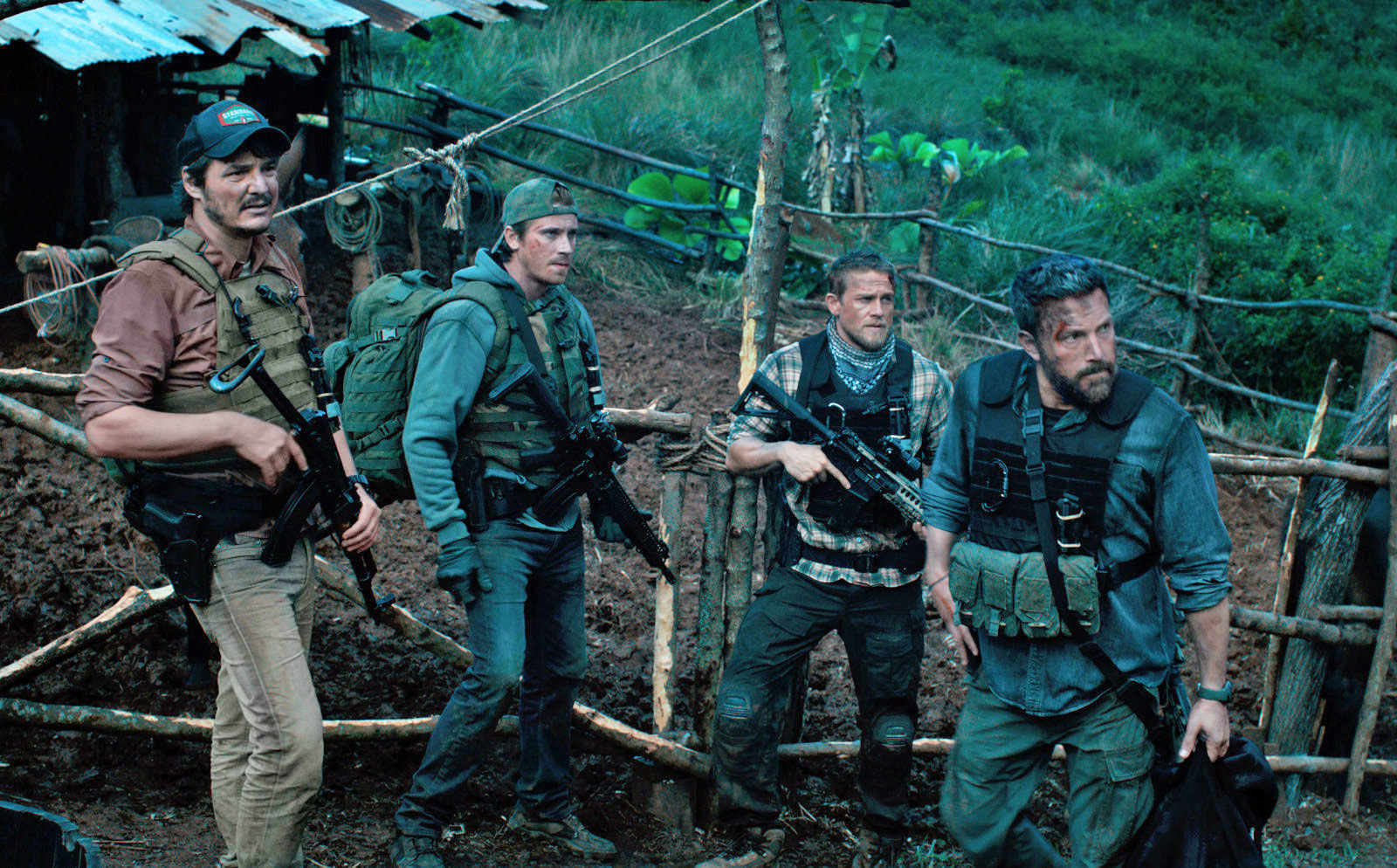 The Biggest Spoiler: The Ending
They steal more money than they can handle. The need to find a way to get eighteen, 100 pound bags home. They buy a helicopter, overload it with the money, and crash land before they can fly out of the mountains (good crash scene). An altercation in the village where they crash causes Redfly to kill a few villagers. They buy their way out of the village along with some burrows and begin to walk out of the country to the coast. Two villagers track them and kill Redfly (Ben Affleck). Impossible to carry the money and the body, they throw the money into a deep ravine, and take only what they can carry on their backs. Then they carry Redfly’s body to the ocean where their ship is waiting for their escape. This rogue unit is financed by a “firm.” After expenses each guy is left with a little more than $1 million dollars. They all sign the money over to Redfly’s family. At the final goodbye, when all the man hugs are done, Ironhead gives Pope the coordinates to the ravine where the money is laying. Then the Metallica music starts. Will they go back for the money? 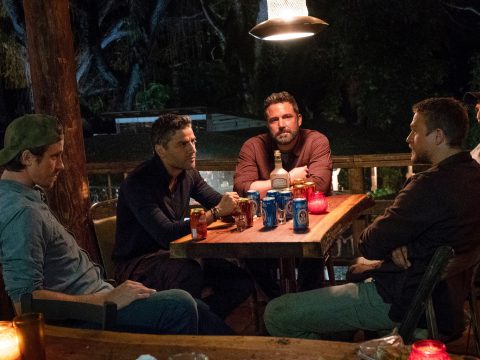 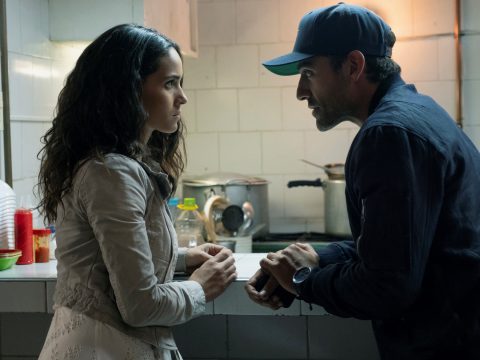 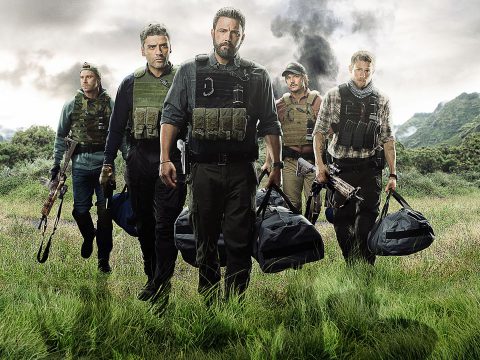 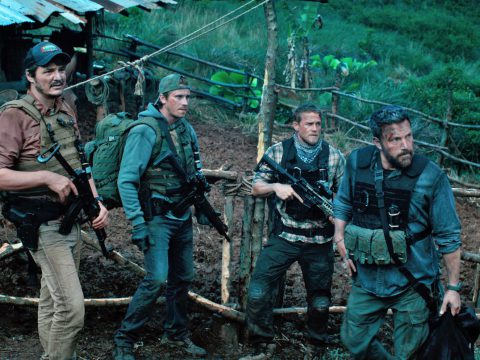 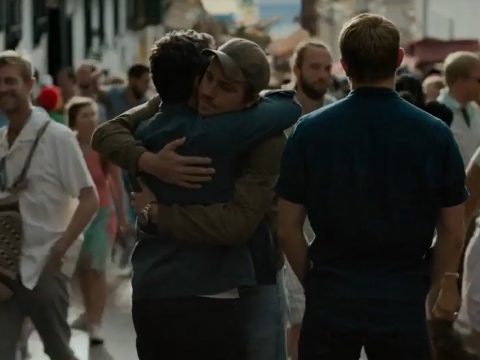