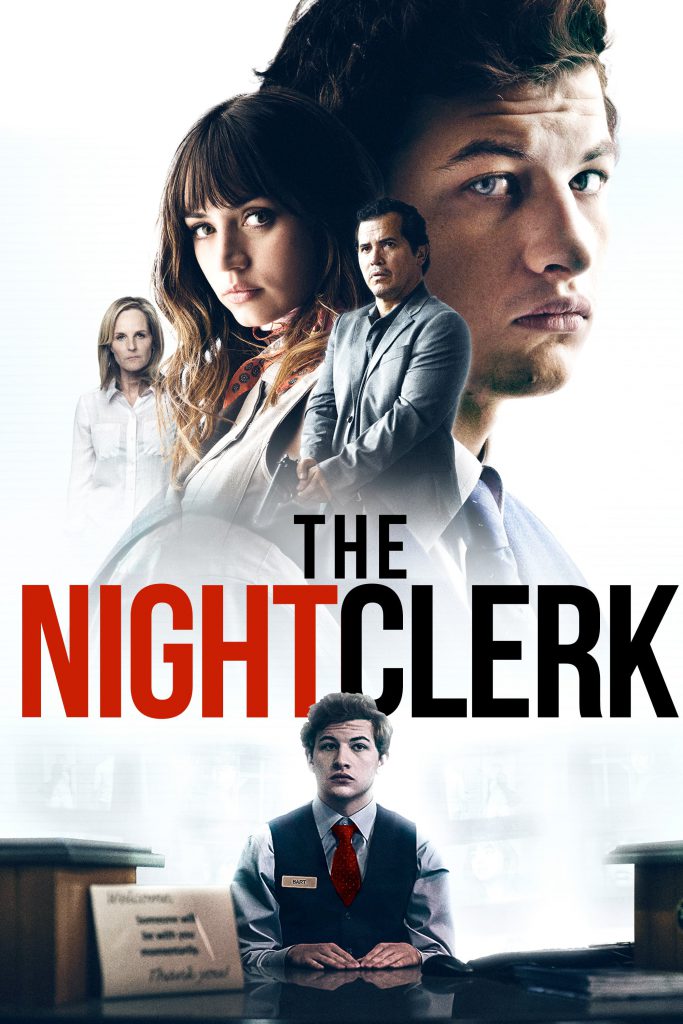 The Night Clerk ending will surprise you – or make you feel stupid as it did me – but it is a long slow plod to get to that ending.  The Night Clerk is a crime thriller drama, released on Netflix, that almost borders on creepy, but remains just dull and only a little thrilling and rewarding.

Bart Bromley (Tye Sheridan, Ready Player One) is a night clerk at a local hotel.  He has Asperger syndrome and knows he has trouble communicating with people.  To teach himself how to communicate, Bart places cameras in some of the hotel rooms and listens to people.  He has no interest in the creepy parts of stalking; he just wants to hear phrases. Phrases like, “Hey, how are you doing,” which he practices over and over.  When something salacious does happen in a room, Bart is unable to process it.  When a murder occurs, he hides the evidence and is clueless as to what to do. 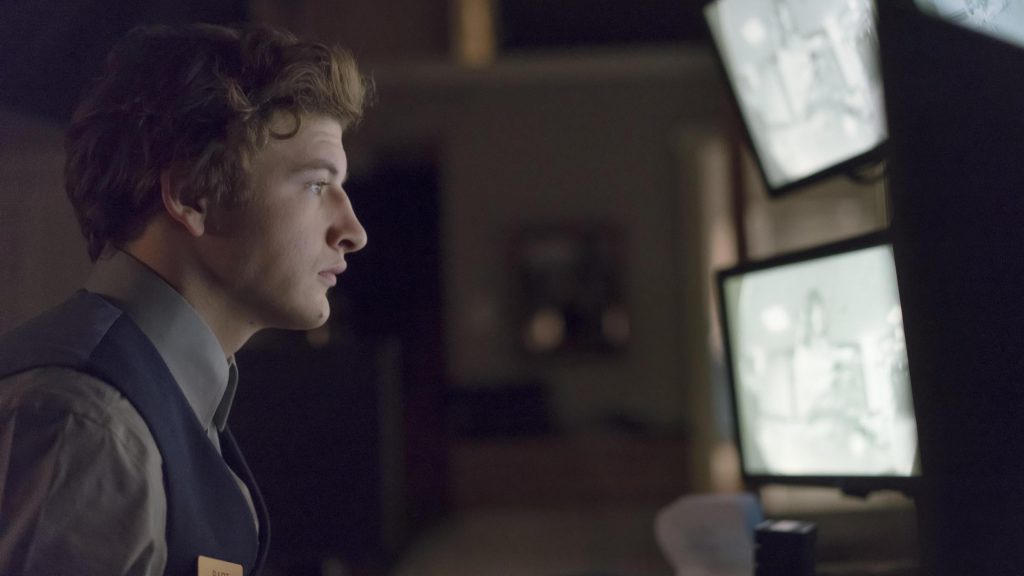 While Detective Espada (John Leguizamo) is investigating the murder, Bart begins working the day shift.  Bart starts to relate to Andrea (Ana de Armas, Knives Out, Wasp Network), a customer whose brother lived with more severe autism.  And so, begins the adventure of Bart falling in love with Andrea – who is receptive – and an ongoing police investigation in the background.

I was counting on the experienced actors that included Helen Hunt (TV’s Mad About You, As Good as It Gets) as Bart’s mother and the veteran actor, John Leguizamo, along with the fresher Tye Sheridan and the very busy Ana de Armas to make this a great movie.  The acting is excellent; unfortunately, the film moves slowly with many extended needlessly dull scenes and little drama and suspense. 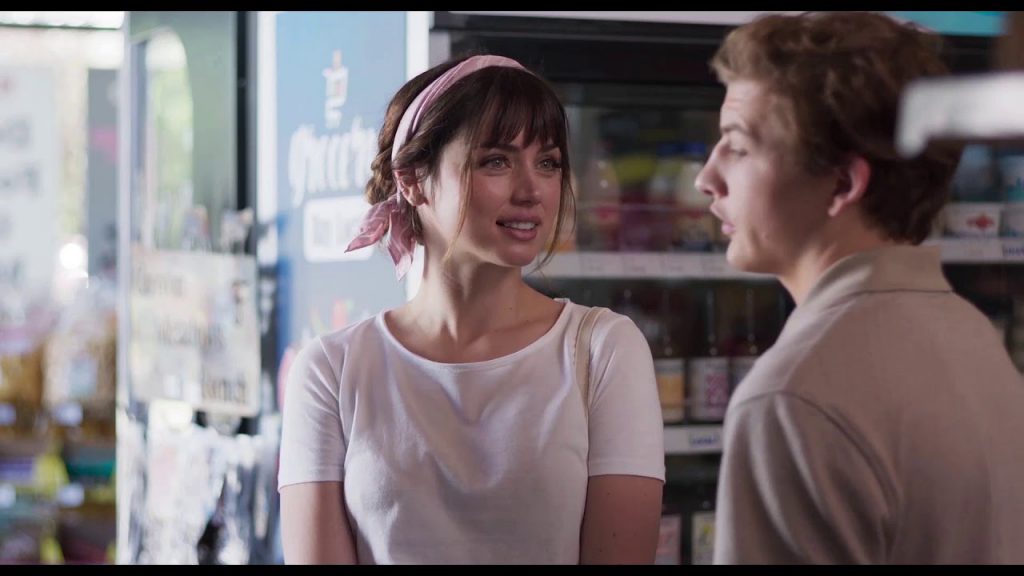 Tye Sheridan is convincing as a twenty-something with Asperger syndrome struggling in life and it is interesting watching him avoid eye contact. Overall, there is a lot of character development about Bart, about him living in the basement of his mother’s home, and his struggles with communication.  Unfortunately, this is more like an Indie film. Long, quiet, drawn-out scenes of Bart being bored, or Bart watching screens. However, I like Indie films, hence the slightly better than average rating.

It’s satisfying to see Bart becoming a bit more social with the help of the relationship with Andrea. However, that makes a good rom-com, not a thrilling drama.

The resolution comes quickly in the last minute or two.  The ending is where the thriller crime drama The Night Clerk made me feel stupid; I should have figured that out.

If you want a real thrilling crime drama in a hotel try Bad Times at the El Royale. 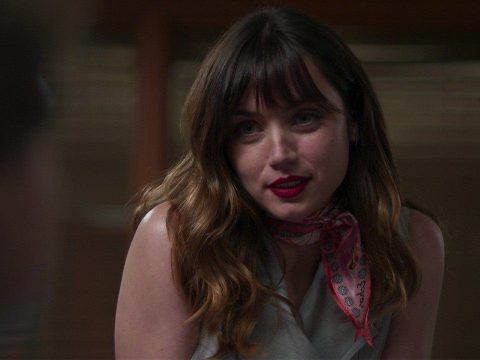 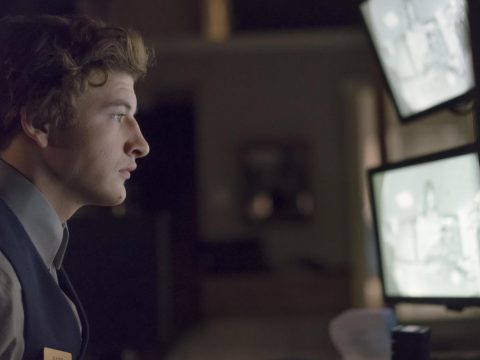 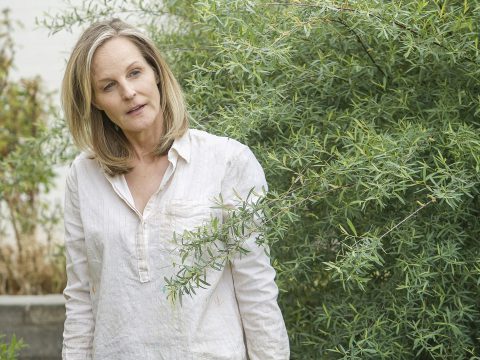 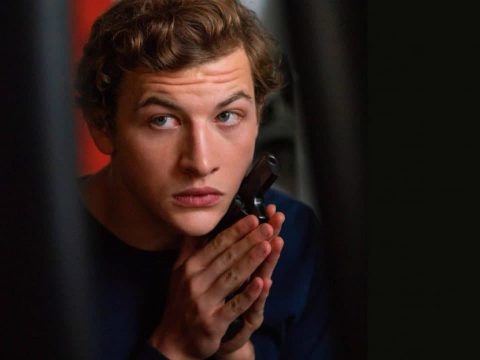 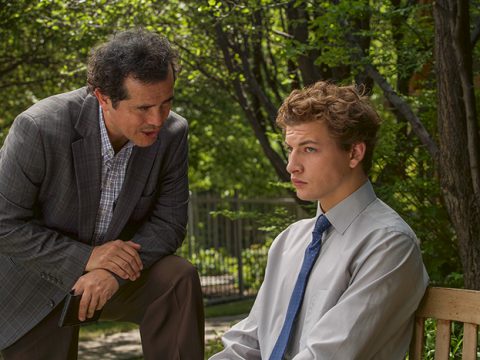 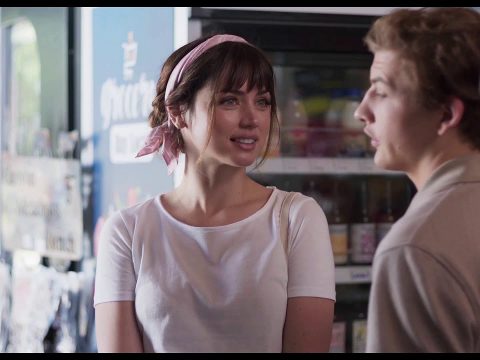 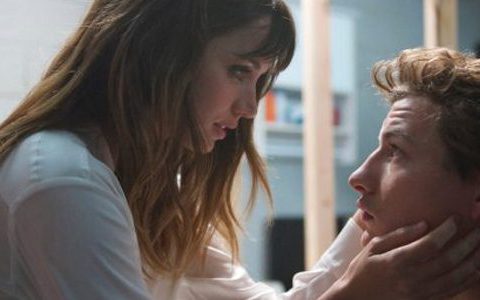