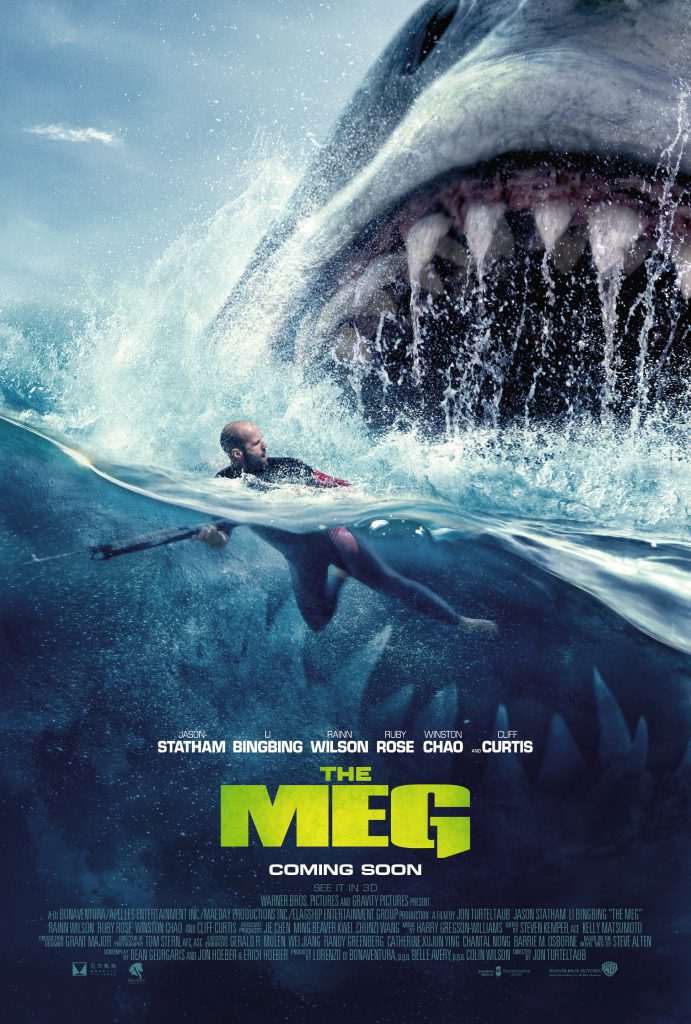 A prehistoric monster shark, the Megalodon (The Meg), is accidently released from the Mariana Trench while a team is researching the depth of the Trench. A plausible theory in this DC & Marvel Cinematic Universe age, I bought it, I was ready for mayhem, fear, and destruction. But what I got in this sci-fi action film was a soap opera with a wide variety of stereotypic people onboard the boat, some PG-13 suspense, and a sunken vessel or two.

After The Meg strands the research vessel more than 36,000 feet below the surface, the retired rescue diver Jonas Taylor (Jason Statham) reluctantly agrees to help, since his ex-wife is piloting the stranded vessel. The rescue operation of the research vessel allows The Meg to escape the Mariana Trench and reach the surface, ready to kill and cause world-wide mayhem. 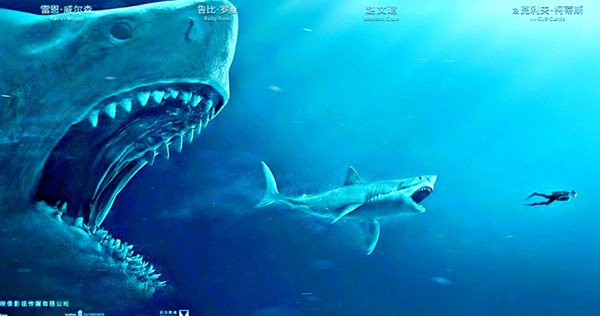 The greedy, overbearing billionaire financier Morris (Rainn Wilson, The Office) persuades the team to research/kill The Meg and not call for help. It is good to see Rainn Wilson again. He plays an unlikeable billionaire you should learn to hate (in this film only), it helps you enjoy the movie.

The rest of the crew is a hodgepoge of various likable international characters. Therefore, the odds of connecting with one of the crew members is high. In the subs there is a geeky Asian scientist Toshi (Masi Oka, Heroes, Hawaii Five-O) and a bearded Scandanavian scientist The Wall (Olafur Darri Olafsson, The Deep). Lori (Jessica McNamee) pilots the stranded sub.  Onboard the ship there’s the hot alternative computer genius Jaxx (Ruby Rose, Orange is the New Black), the black guy who can’t swim DJ (Page Kennedy, mostly TV work). Also, the lead scientist Zhang (Winston Chai) and his “alpha” daughter Suyin (Li Bingbing).  Suyin also has a cute, smart daughter who instantly connects with Jonas.  Suyin, the mother, accidently sees Jonas naked thereby beginning the soap opera portion of the movie. 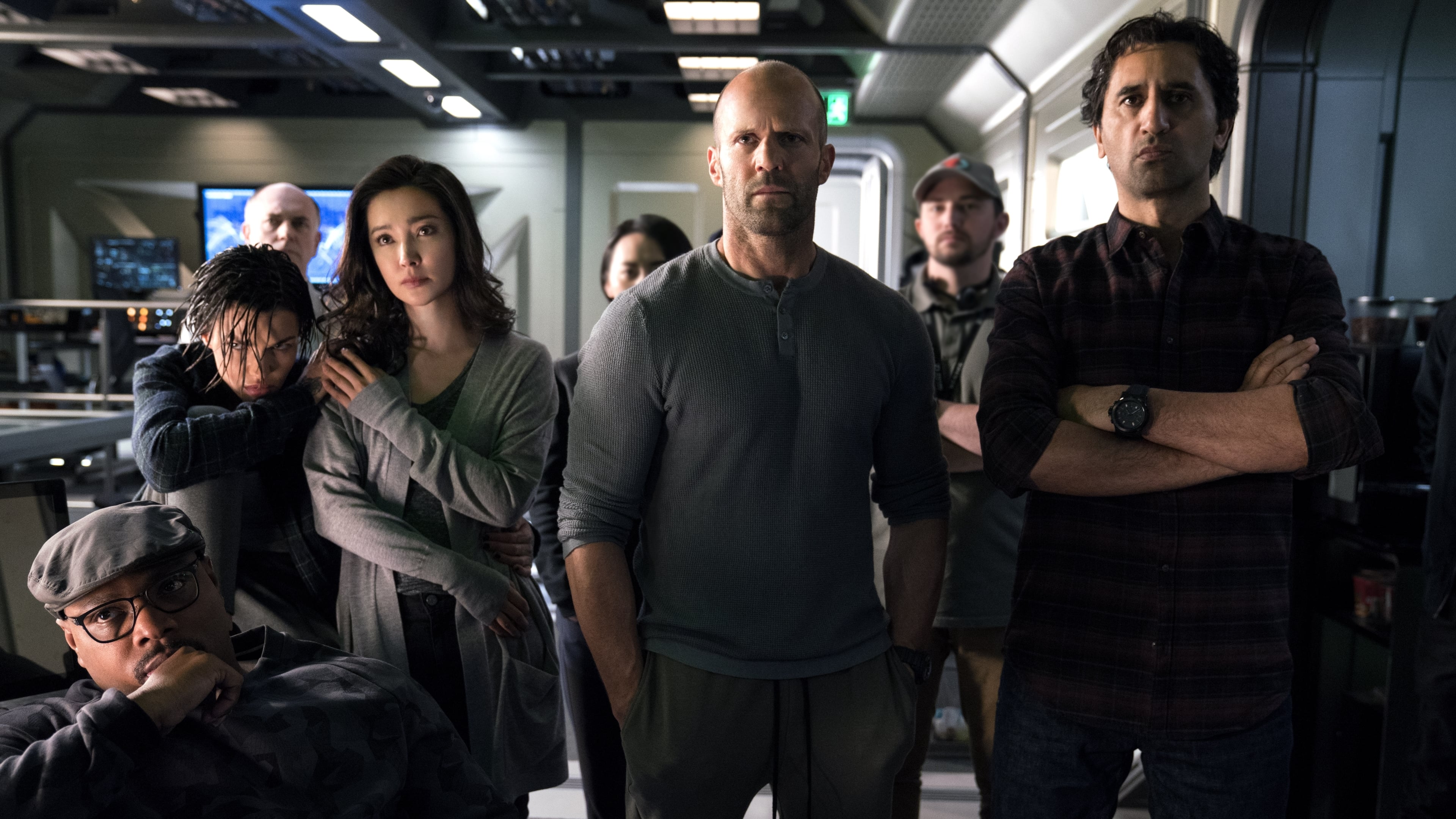 When they are not flirting with each other, there is some decent action scenes involving The Meg, Jonas and Suyin. The action  is unrealistic, but it keeps your attention. The main action was threatening a couple of people, jumping on boats, and swimming near a beach with thousands of people in the water. There was never the fear that Jaws was able to induce, nor the city-wide destruction seen in Rampage.

There were a couple of fair frightenings.  But why wouldn’t The Meg eat more whales instead of messing with these little snacks. The Meg acted like a moth attracted to a light, not a hungry prehistoric killing machine.

This sci-fi action adventure is a perfect movie for a 13 to 15-year old who likes to be scared. There are enough sexual innuendos and cuteness to make it interesting for teenagers. Also, enough action with a few startles to make it fun, and no images of crushed or ripped apart bodies.  In addition, Jason Statham does a great job at being a tough but approachable hero.  A hero you can like, at least, like through the eyes of a 13 to 15-year old.

The action scenes and the really big shark gets it a 3.0.

The Biggest Spoiler: The Ending
In the Western Pacific Ocean near Guam the research team kills two Megalodons. The are killed with poison and cutting one of the bellies open with a sub. The billionaire keeps it a secret from the world. He wants the credit for bringing back The Meg.  Mistakenly, the billionaire blows up a whale and The Meg comes back and eats the billionaire. That’s the first feel good portion of the movie. After killing the second Megalodon, Jonas gets the girl, Suyin. They go on vacation together, the second feel good portion of the movie. 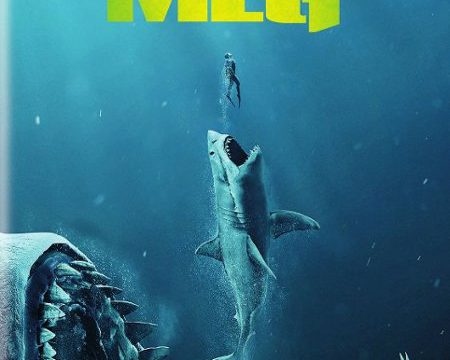 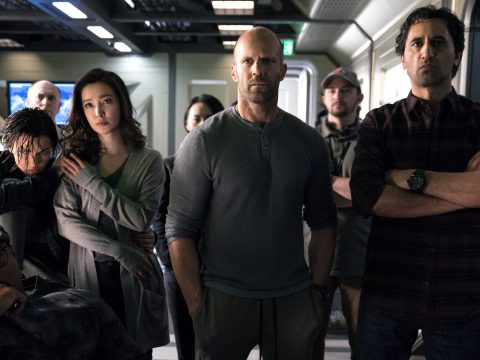 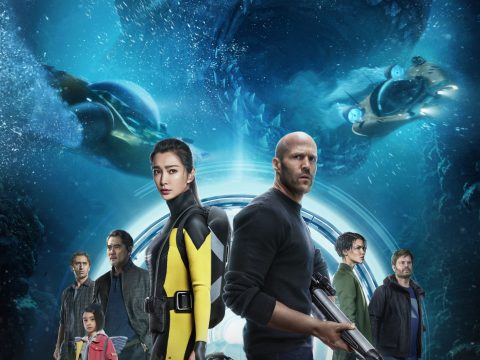 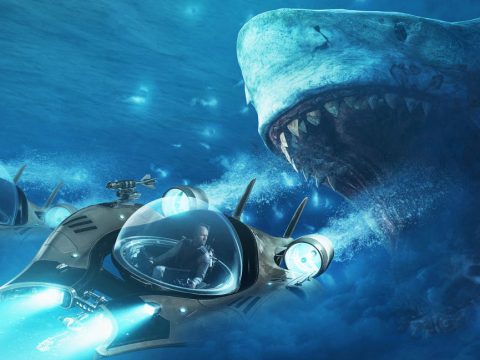 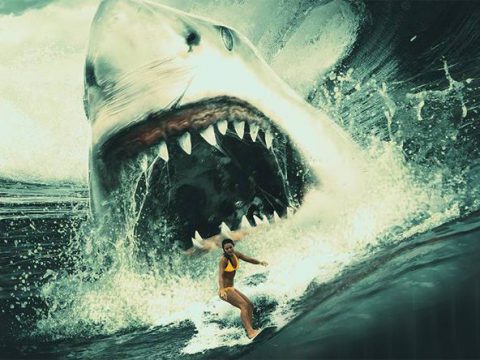 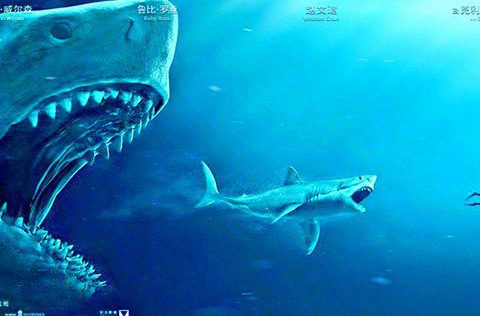 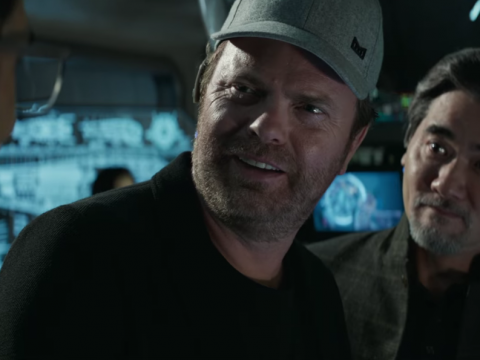