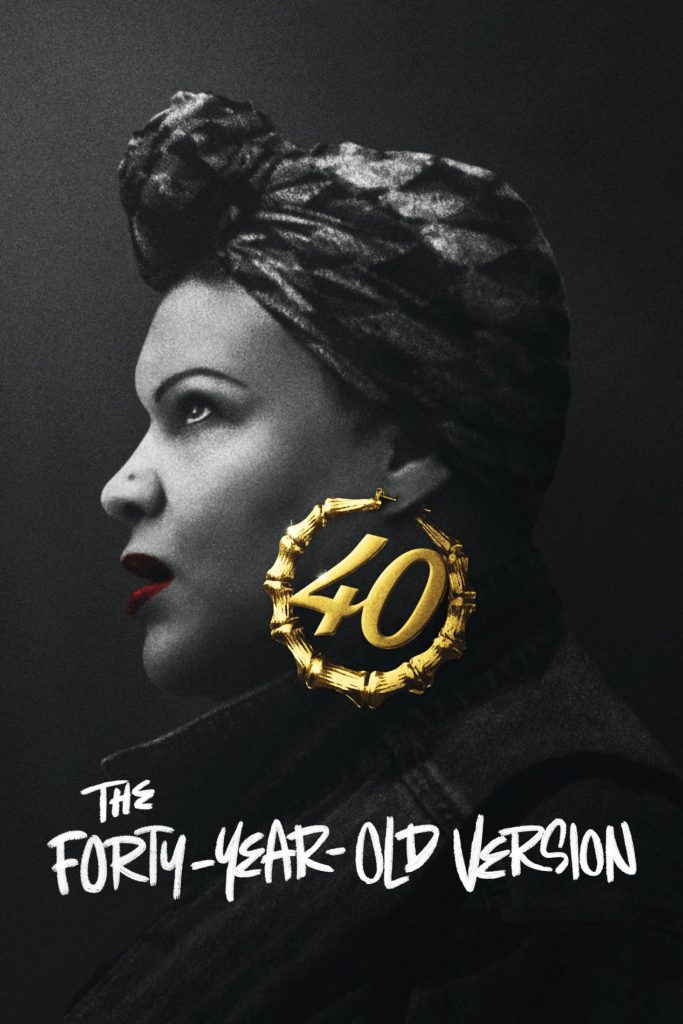 The Forty-Year-Old Version is a significant semi-autobiographical comedy, drama about a woman approaching forty and struggling to find her voice.  The comedy is mostly the subtle self-deprecating type. Radha Blank wrote, directed, and stars as herself in the film as the lead character Radha.

I am always hesitant as a white guy writing about a Black film because I don’t want to fall into the Dangerous Minds trap.  Dangerous Minds is a 1995 film where Michelle Pfeiffer taught a classroom of incorrigible teens in an inner-city school.  The film is watchable since it is a true story, and Michelle Pfeifer does well as the teacher. However, the movie is trite.  Dangerous Minds was “Whitified” to appeal to white audiences. It worked. Dangerous Minds grossed almost 180 million dollars. 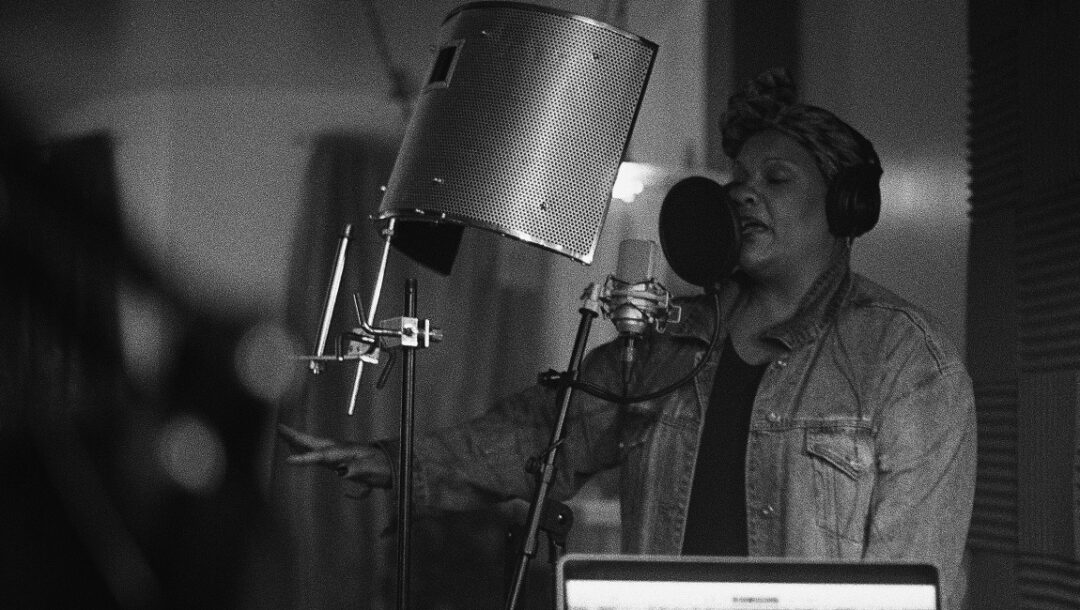 The Forty-Year-Old Version is written and directed by a Black woman and filmed in black and white in New York City.  It is maturely funny, raw, real, entertaining, and not trite.

Ten years ago, Radha made the “30 under 30” list as an upcoming playwright. Now, nearing forty, Radha struggles with some issues, teaches playwriting to teens in a Harlem high school, and is still trying to get her play produced.  Her best friend from high school, Archie (Peter Kim), now her agent, sells her play to a Producer.  But Radha struggles to make the changes the white producer wants so the play appeals to white audiences. 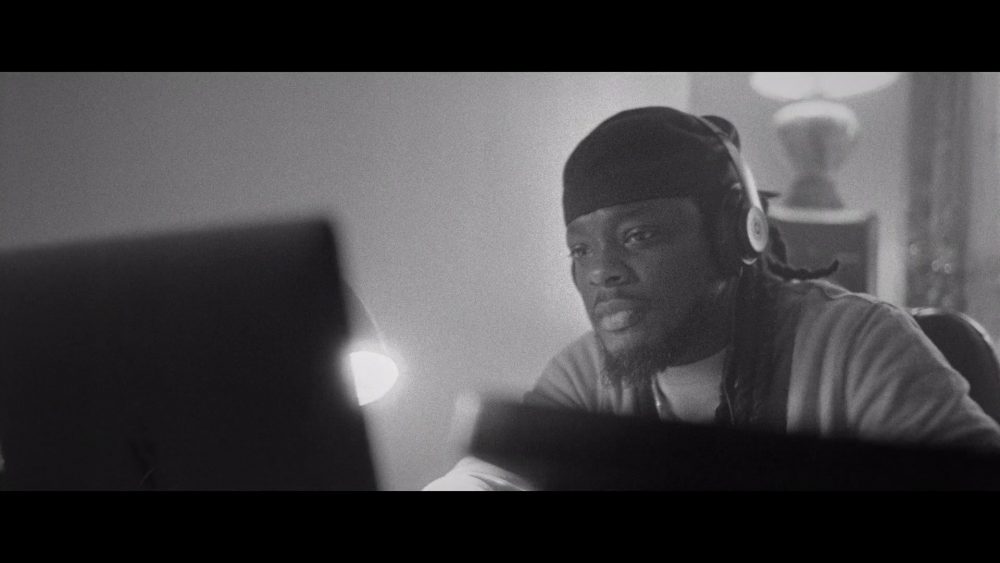 But this is not a musical, so the focus is not on the rap.  But there is still plenty of excellent rap with amateurs and professional rappers rhyming and battling. The soundtrack throughout is jazz, rap, and hip hop. 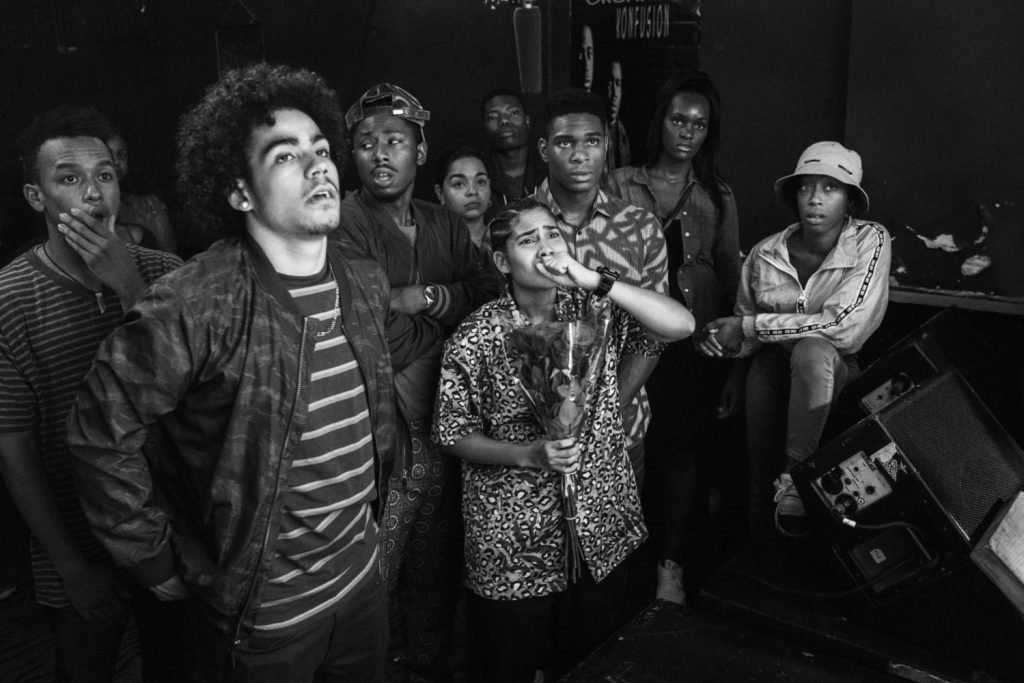 This film feels authentic, at least from my point of view.  You enter Radha’s world for a long time (2 hours), but if you enjoy her world, you are entertained by a lot of activity because Radha is a busy woman.  You get to meet her students and watch them plan their high school play Come To Be about the sperm fighting all the ninja’s to impregnate the Queen of the Vaginal Eggs.  The students are a bit stereotypic, but they are all very talented and entertaining.

You get to meet D, the man supplying the beats.  D (Oswin Benjamin) is excellent as a first-time actor who comes via YouTube and Soundcloud.  Their scene beatboxing and rhyming to their dead Moms is touching.

You watch Radha just walking through neighborhoods in New York City, observing people and dealing with neighbors on the street, who are amusing.  Or, Radha going to the Queen of the Ring Battle in the Bronx, my vote for winner goes to Shooney Da Rapper.

The Forty-Year-Old Version is very well written.  The story flows easily through the many varied worlds Radha lives in. The characters Radha, D, and Archie are defined enough that you get to have opinions about them and their actions. 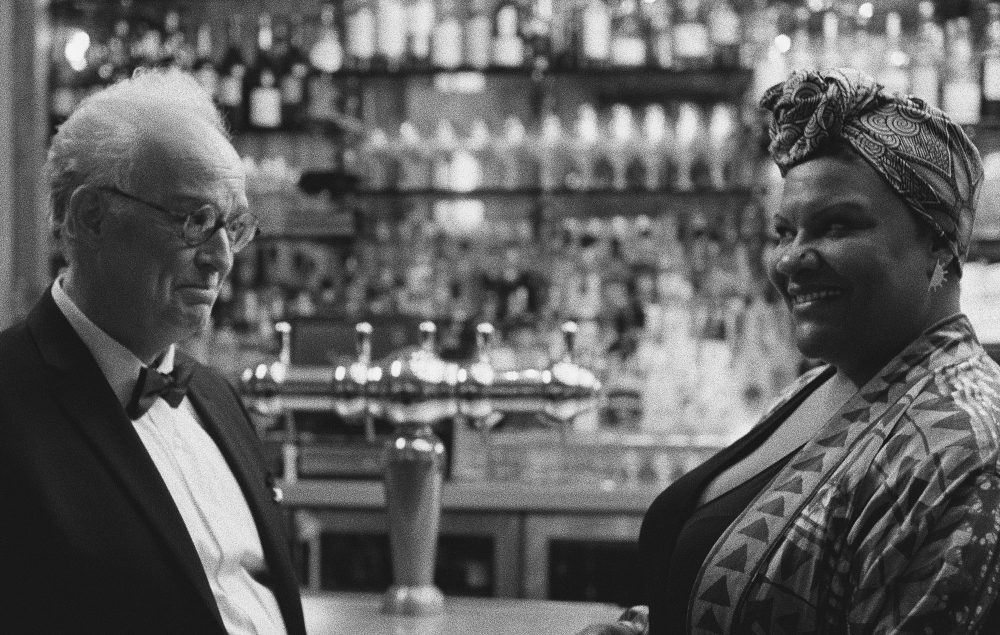 The Producer (Reed Birney) and Radha

The semi-autobiographical comedy, The Forty-Year-Old Version, is a fascinating story, well written and acted.  Radha Blank, the author, and director won the best director at the Sundance Film Festival.  The Academy should nominate this film for best original screenplay, at the very least. 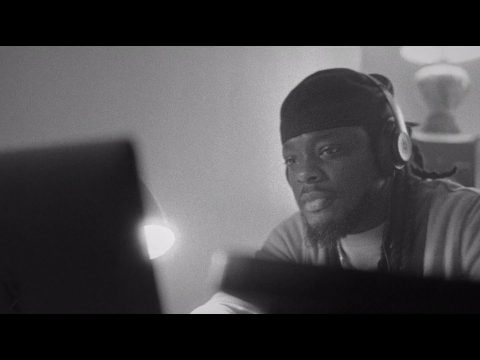 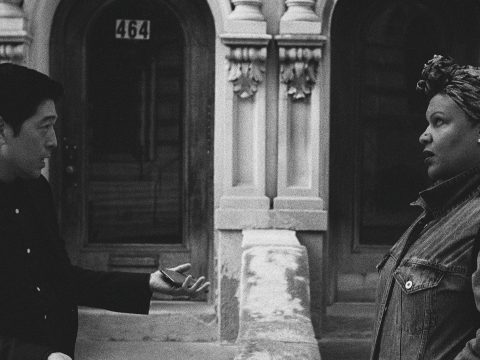 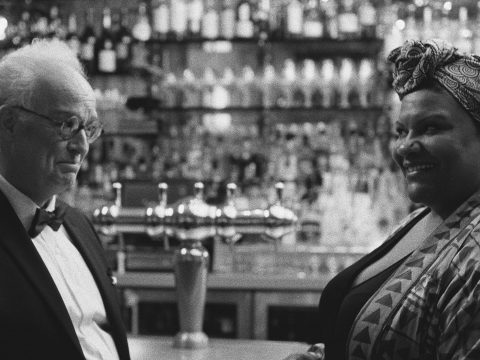 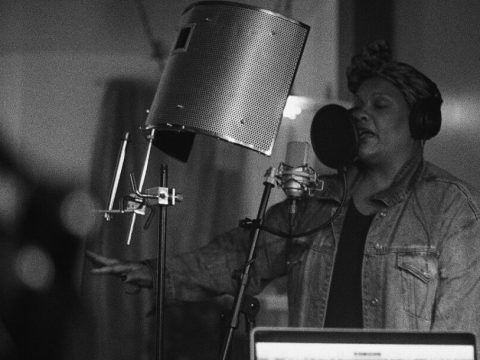 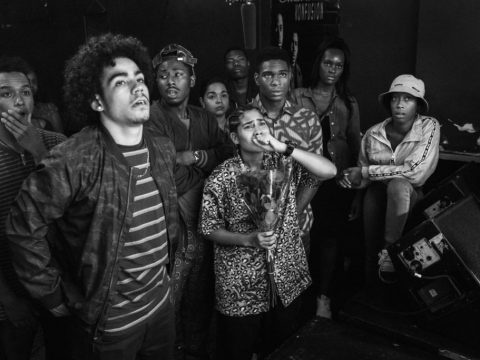 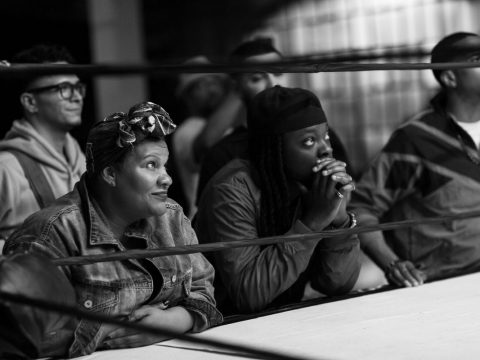