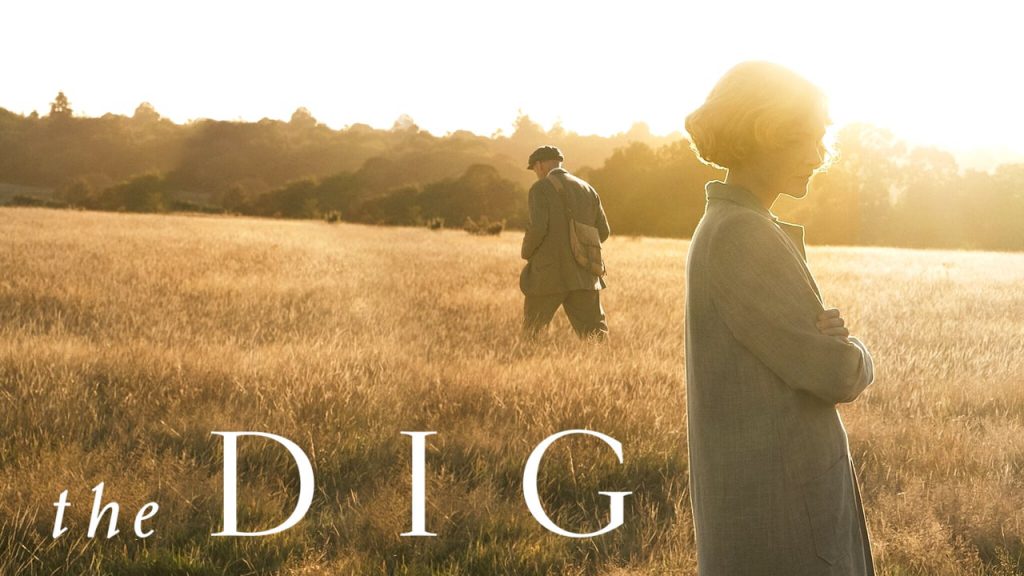 You must genuinely enjoy sad, slow, and quiet English dramas to enjoy The Dig, where happiness is rare, but unrequited love and lack of respect are flourishing. However, The Dig is an interesting story – based upon an event that happened in England just before the start of WWII – and The Dig can be captivating if you are in the right frame of mind. 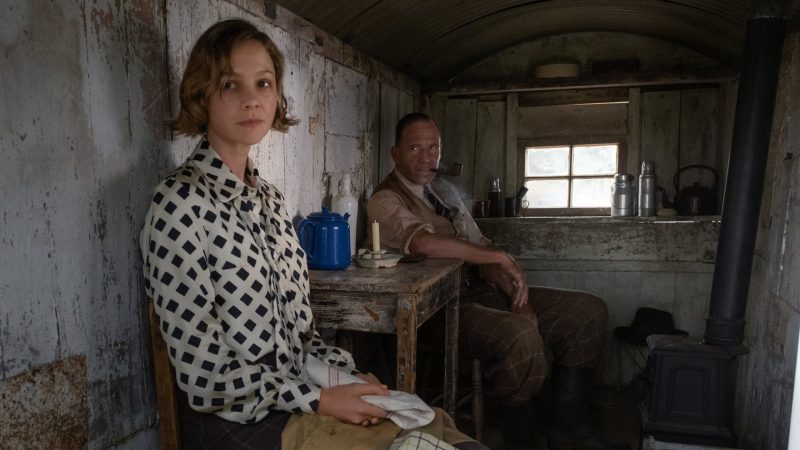 The local Ipswich Museum constantly pleads with Edith to stop her excavation and help the museum unearth the more critical Roman relics before the war begins. When Basil Brown finds relics more ancient than anticipated in the mounds of soil, the more prominent British Museum sweeps in and takes charge of the site.  Basil Brown is kicked off the site and out of the history books.

Edith begins to have feelings for Basil Brown in the vaguest sense, but that quickly goes nowhere, for even sadder reasons.  About halfway through, since nothing is happening, the British Museum brings in an excavation team containing the academic-looking Peggy Piggott (Lily James, Mamma Mia, Here We Go Again), the wife of an onsite Archeologist.  Meanwhile, Edith brings in a cousin, Rory Lomax (Johnny Flynn), to help excavate the site and develop a subplot with the unhappy Peggy Piggott. 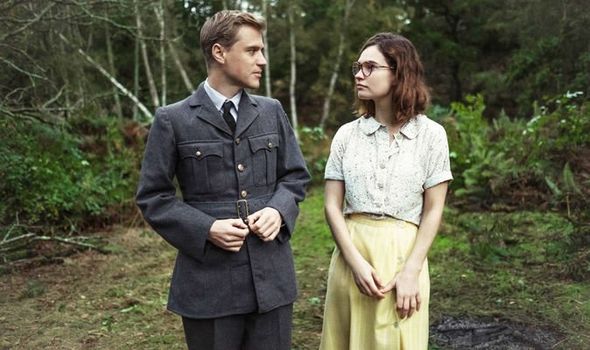 As the dig site yields ancient discoveries, Peggy Piggott questions her marriage and discovers something else with Rory Lomax.

There is no fault with any of the actors.  All the characters are memorable and well-acted.  However, The Dig plays like an Independent film.  The Dig is full of long quiet scenes of stares and several scenes of Basil Brown covering the mud at the dig site with a tarp during nighttime rainstorms.  The discovery may be significant in England, but it is not like they uncover King Tut’s tomb.  The subplot of Lily James wandering from her marriage – although unrelated to the actual dig – is necessary to add slight interest and entertainment to The Dig.

The music was constantly mournful, at least that’s how I remember it, and poor Edith Pretty had a pained expression on her face the entire time.  Basil Brown has a “we all fail” talk with Edith’s 12-year-old son to spread the sadness to her happy child.

There is some foreshadowing of WWII with a plane crash at the site and a scene of soldiers covering statues with sandbags.  Unneeded scenes since we all understand the horrors of WWII, but the scenes added a little drama to the film.

I did learn one thing at the last second of the credits – The ReFrame Stamp.  The Dig was awarded the ReFrame Stamp for having gender-balanced hiring during production.  The number of film and TV productions that receive this award increases each year since its creation in 2018.

The Dig is a sad and quiet English film that makes a historical discovery, albeit a tedious discovery. Still, the film is well-acted and has enough manufactured drama to keep your attention. 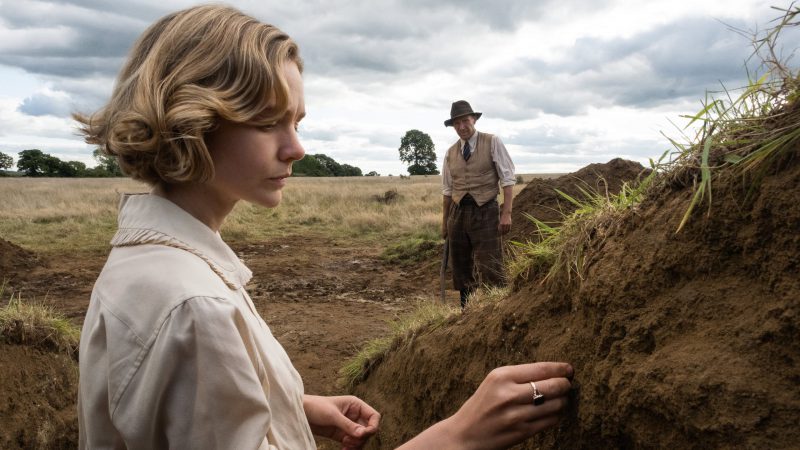 Edith & Basil at the mounds. © 2021 Clerkenwell Films − All right reserved. 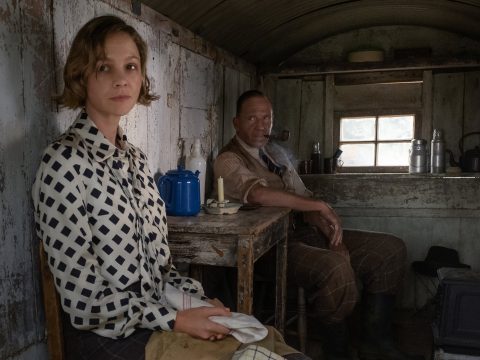 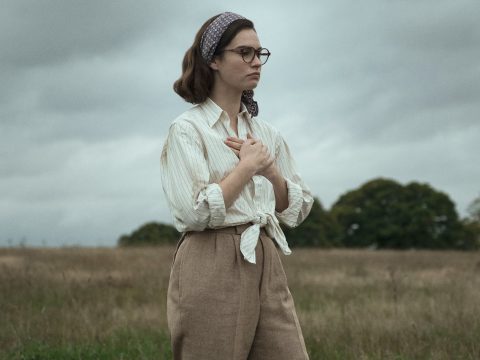 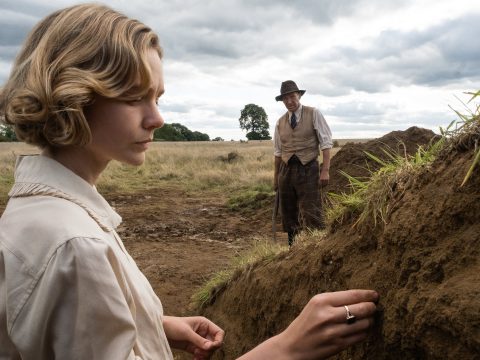 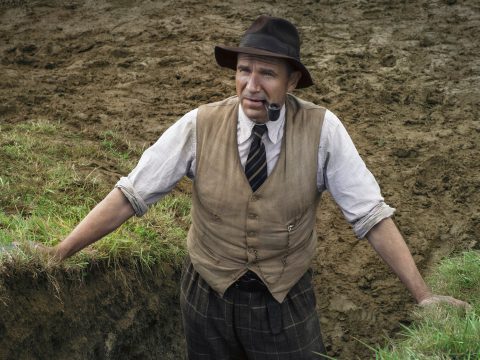 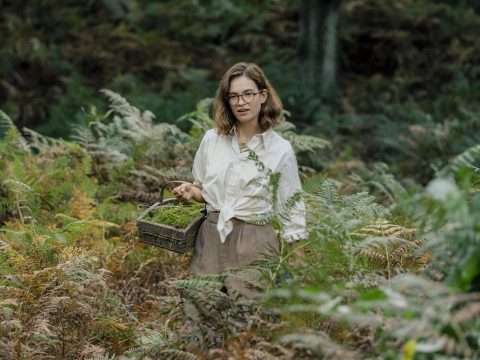 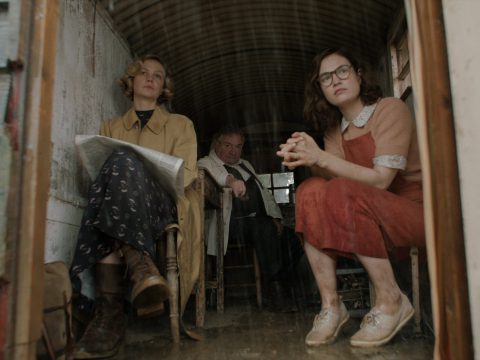 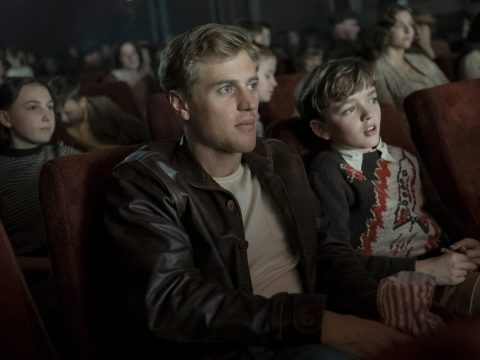 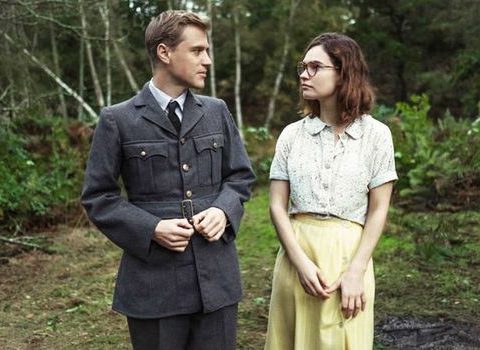