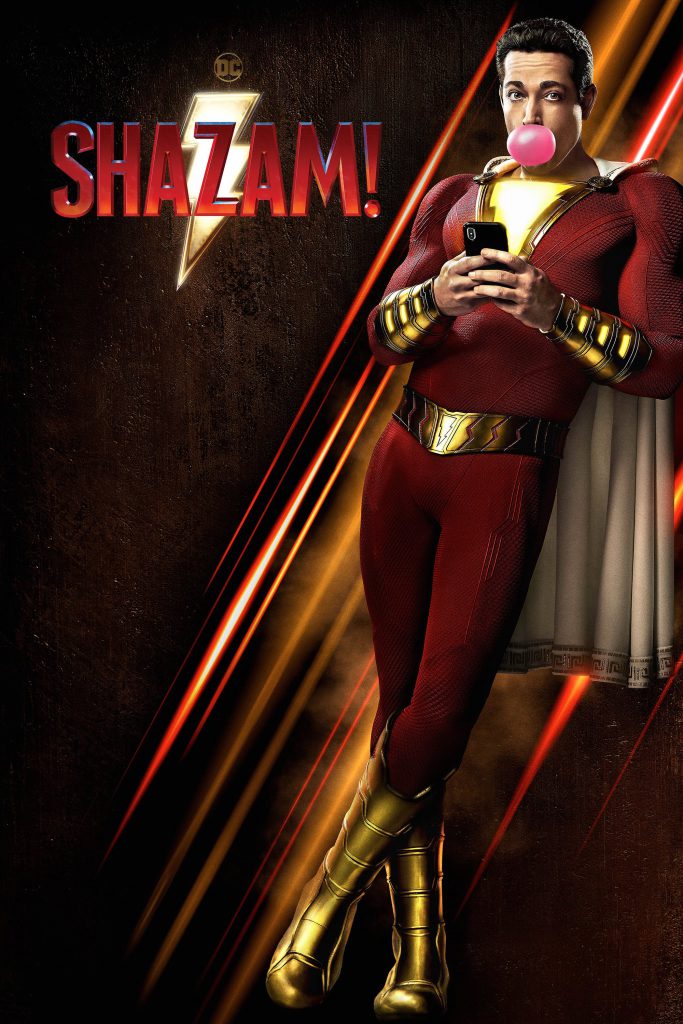 Tired of watching Oscar-worthy 3 hour movies, so for the first movie of 2020, I watched Shazam! a light action comic book movie. Shazam! is the seventh film in the DC Extended Universe (DCEU).  The preceding six DCEU films are:

I enjoyed Shazam! but I would have enjoyed it more if I was a 15-year old boy.  A 15-year old girl would also enjoy this movie since everyone gets empowered in this movie.

Shazam! took a while to get going since they had to make sure the kids viewing understood, he looks like a bad guy, but he is a good wizard, let me repeat that.  But once it gets going, it is good wholesome fun.  Lots of messages about friendship and family and the struggles of being who you are.

Shazam! represents all types of kids. There is a disabled kid, the smart girl, a big dumb quiet boy, a gamer geek, and the more mature teenage girl.  There is an assortment of minor antagonistic types (bullies) who learn their lesson. And, of course, the stronger evil guy, Dr. Thaddeus Sivana (Mark Strong) who rules a team of demons – The Seven Deadly Enemies of Man (pride, envy, greed, lust, wrath, gluttony, & sloth) – who wants to take everything away from Shazam. 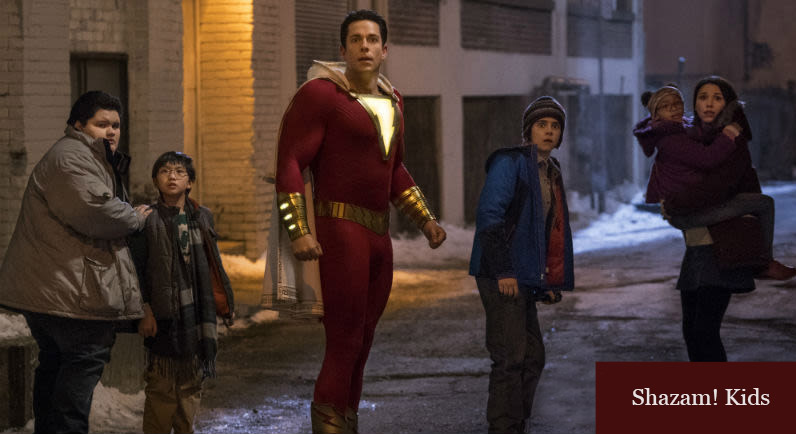 When not a superhero, he is a foster kid, Billy Batson (Asher Angel), in current-day Philadelphia.  When Billy Batson transforms into the superhero Shazam, he becomes Zachery Levi (the doctor Midge Maisel met in the Poconos in season 2 of The Marvelous Mrs. Maisel).  Zachery Levi does a fine job acting like a 15-year old, causing that frustration you feel when you try to reason with a 15-year old (this comment is for all the parents out there).

Half the fun of this movie is watching Shazam figure out his powers so I won’t say a word.

Shazam! is a comic book superhero movie that is an enjoyable watch for the whole family and could make a 15—year old get goosebumps, that’s a weird way to say – feel empowered.

Dr. Thaddius Sivana, figures out how to return to the Rock of Eternity lair and steals the Eye of Sin orb that contains the The Seven Deadly Enemies of Man – he is now the bad guy.

Later, Sivana notices Shazam rescuing a bus and decides he wants Shazam’s powers and begins to fight him.  Shazam is new to his powers so does not not realize that his good powers are stronger than Silvana’s evil. Since Shazam has not harnessed his powers yet, he runs away.

Sivana captures all the foster kids and forces Shazam to return to the Rock of Eternity lair and give Sivana his powers.  They return to the Rock of Eternity with the kids, everyone fights and they escape to a Winter Carnival, via a strip club.  More fighting, then Shazam shares his powers with the foster kids and they all become superheros like Shazam.  More fighting, rescuing of fair-goers, more fighting, more rescuing, until Shazam realizes that only 6 of The Seven Deadly Enemies of Man are fighting. The seventh, Envy, is still inside Sivana giving him superpowers.  Shazam teases Envy out, rescues the now just a normal old man Sivana from falling to his death. Shazam then takes the Eye of Sin orb from Sivana and captures The Seven Deadly Enemies of Man.

Sivana is last seen in jail, shown half way through the credits, setting up the sequel with a talking caterpillar. 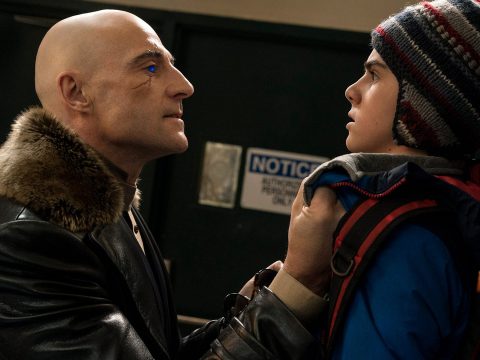 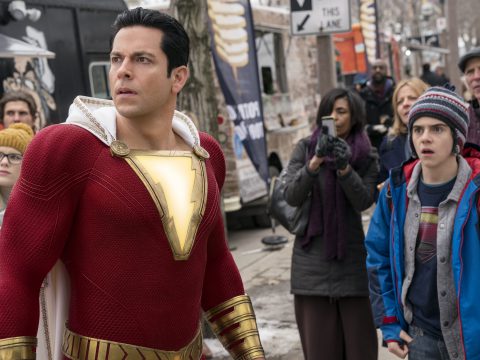 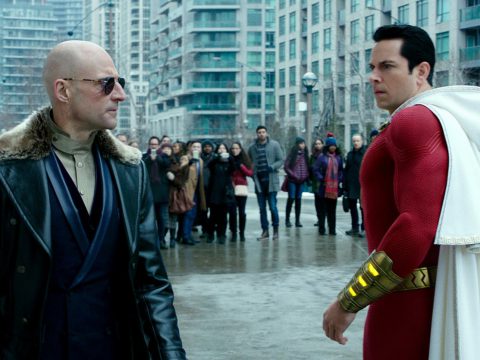 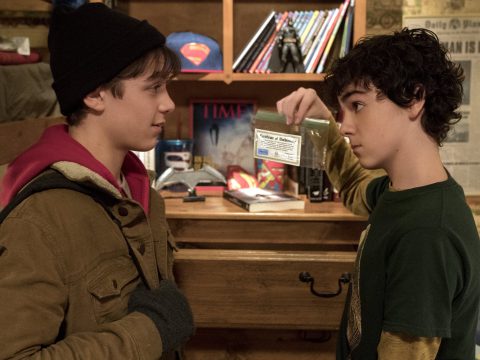 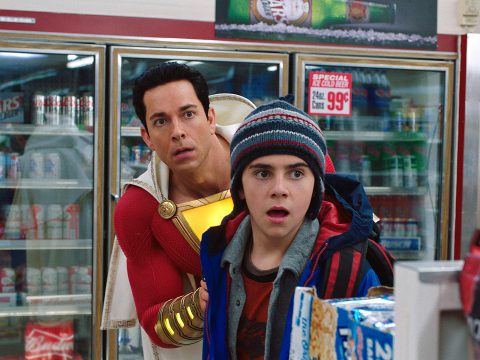 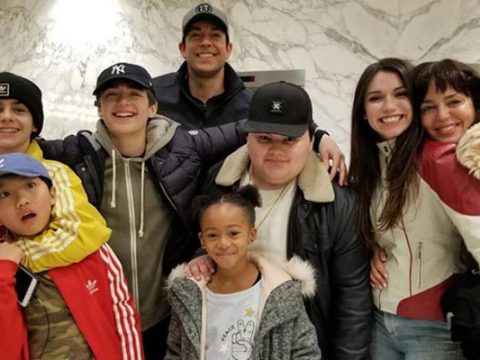 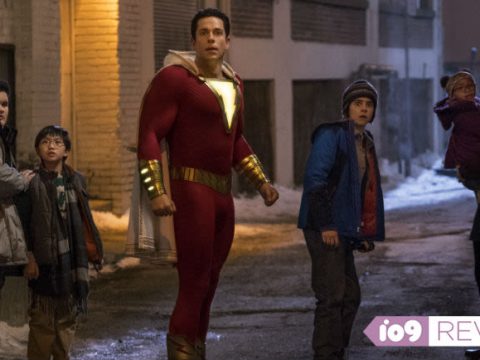 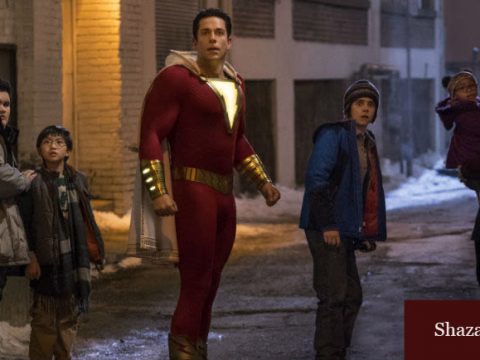