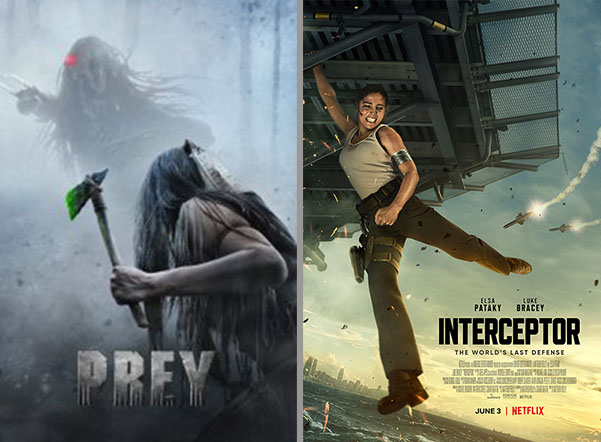 Prey and Interceptor are new 2022 action movies with entirely different content but identical in a couple of ways. In both films, a single strong woman saves the world, and the men are all terrible or mostly dead. 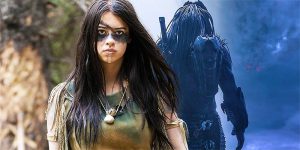 Prey is the newest and the fifth movie in the science fiction Predator franchise. This movie is identical to all the other films in the Predator franchise, but entirely different. Prey is a prequel set in 1719 featuring a Comanche woman Naru (Amber Midthunder), who trained in medicinal plants, but is now trying to get her first animal kill to prove she is a warrior. Naru becomes aware of an invisible monster and begins understanding the alien creature.

Prey contains good fight scenes, using the men as fodder for the monster, and does keep your attention. However, the use of perfect English immediately followed by Comanche tarnishes the film’s authenticity. Although, the use of English makes it more user-friendly (that is, simpler) for the mass audience. If you ignore the English, it is an enjoyable Predator film. 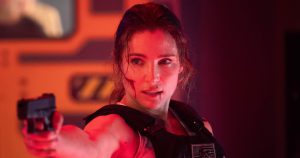 Interceptor is a stand-alone pure action movie with most of the action occurring at one facility in the Pacific Ocean.

According to this film, there are two facilities in the U.S. to destroy incoming ballistic missiles. Terrorists took out the Alaska site, so the only place left to destroy incoming missiles is the one in the middle of the Pacific Ocean, now under attack by domestic terrorists.

The story’s heroine, Captain J.J. Collins (Elsa Pataky) is newly redeployed to the Pacific Ocean facility after some #MeToo problems. Captain J.J. is soon the only Army personnel left to defend the control room and prevent the stolen Russian missiles from striking the U.S.

Captain J.J. defends the control room from the terrorist leader, the cocky and cruel Alexander Kessler (Luke Bracey, Violet), who you quickly learn to despise.

Interceptor builds to a heart-pounding, albeit predictable ending. The tension constantly builds, but everything depends on Elsa Pataky being legit enough to make her extreme action scenes believable. Elsa trained with her husband, Chris Hemsworth (Thor), who has a cameo role as a TV salesman, and I think, with the fine editing job, she is plausible enough to be the hero. A good, simple, straightforward action film. 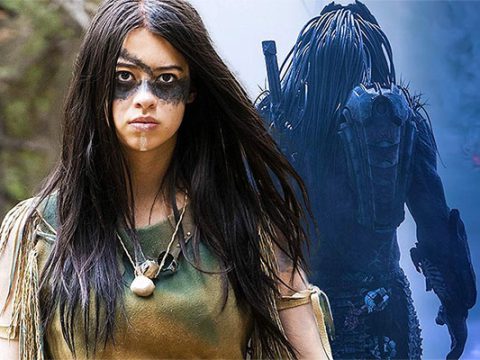 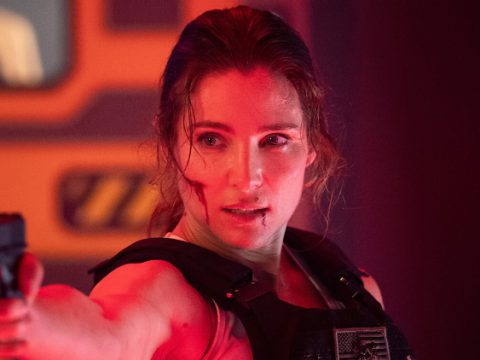