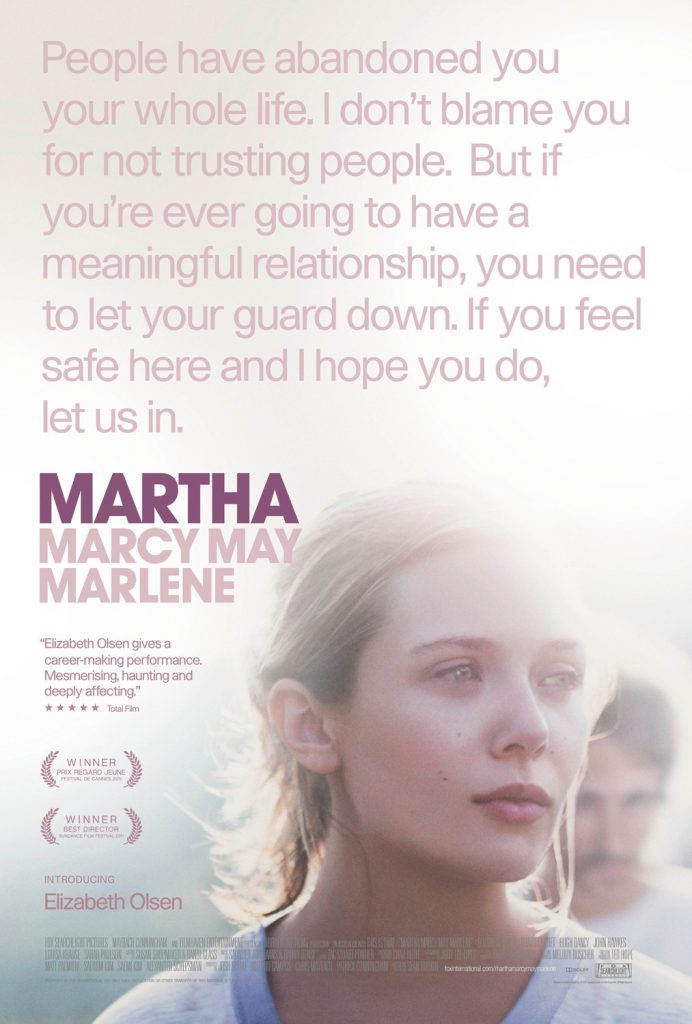 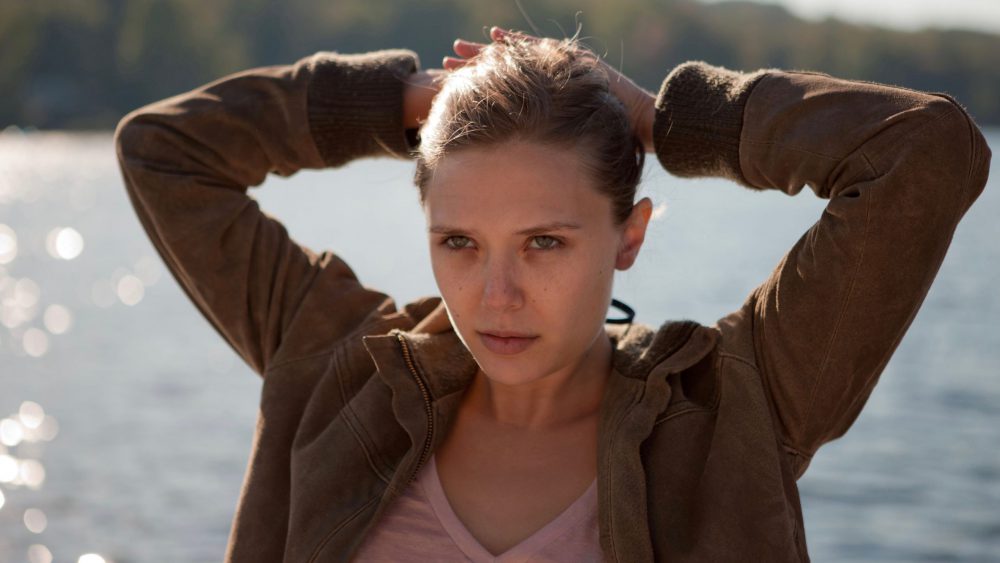 In Martha Marcy May Marlene, Elizabeth’s Olsen’s character, Martha, is known as Marcy May and Marlene Lewis by the cult where she lives.  After two years, she escapes the cult.  Flashbacks throughout show her life improving some in the cult before being shattered.  After escaping, she stays with her estranged sister Lucy (Sarah Paulson) and Lucy’s new husband Ted (Hugh Dancy) at a lakefront vacation home in Connecticut. 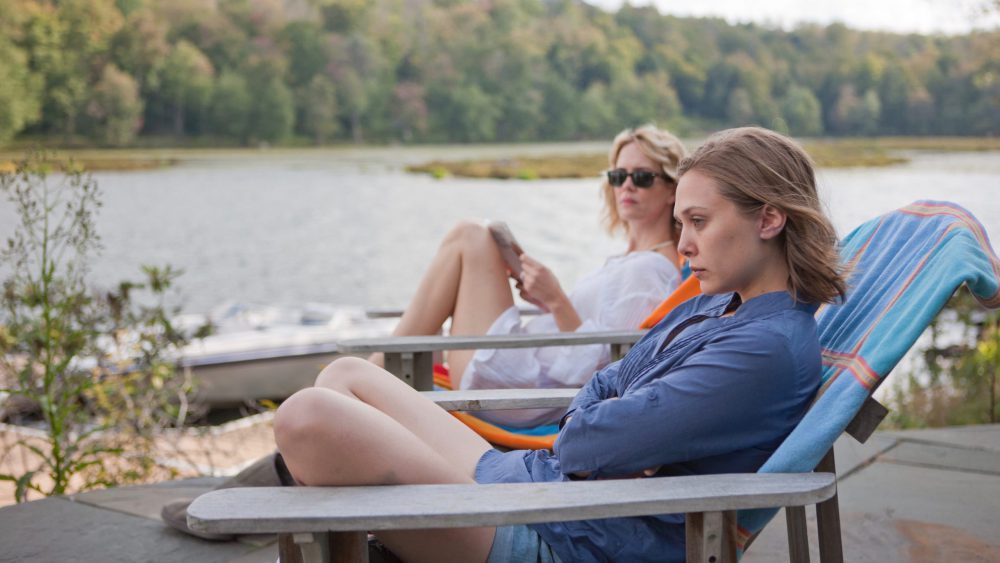 The creepy cult leader Patrick (John Hawkes, The Peanut Butter Falcon) and the constantly building music keeps you anticipating dramatic events.  You are always fearful for Martha.  However, not a lot happens, and the lack of adequate communication with her sister Lucy leads to frustration.  But to be fair, Elizabeth Olsen, playing Martha, does make you feel empathy for an afraid,  confused and brainwashed woman, using mainly her body language and look away stares.  But the story unfolds tediously slow – and it doesn’t entirely develop – hence the ambiguous and unfulfilling ending.

Marcy May Marlene provides only a few thrills, the story never develops, the character Martha doesn’t grow, and the ending is ambiguous.  However, it you enjoy the MCU it is worth watching to see Elizabeth Olsen’s first movie role.

When Ambiguous, Read the Script - The Biggest Spoiler: The Ending

The ending to this thriller comes quickly and with purposeful confusion.  I refer to the script when I’m confused.  The two ending scenes are in the script below.  Martha, her sister Lucy and Ted are leaving the vacation home to go home.  They plan to put Martha in some sort of facility when they get home.  Martha decides to “go for a swim” on a day too cold to swim (the viewer anticipates a drowning).

She sees someone looking at her, so Martha quickly leaves the water. Martha thinks it is someone from the cult trying to kill or capture her.  But there is no real evidence to believe that; she is just scared.

The final scene – they are in the car driving home, and she sees the same man at the lake running to his car – and he follows them (as the viewer, you are unsure if it is the same guy, but the script lets you know it is the same guy). 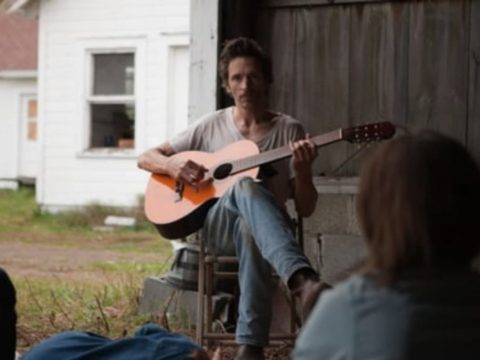 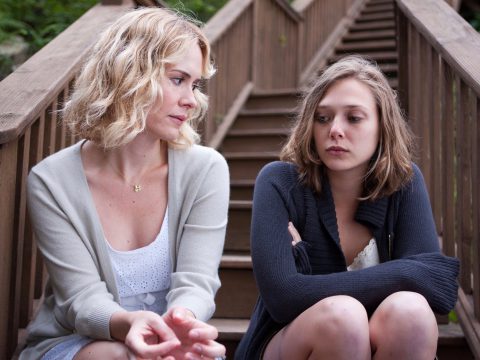 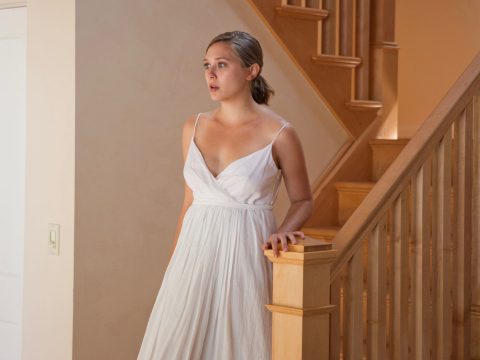 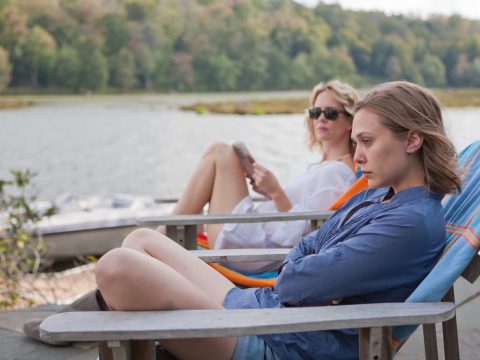 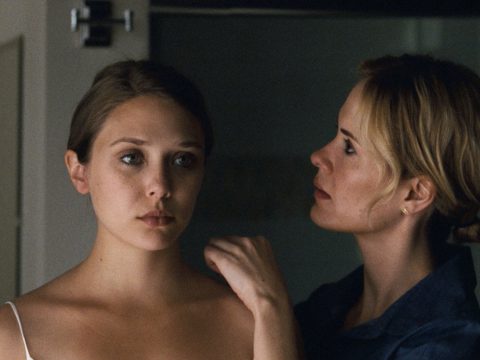 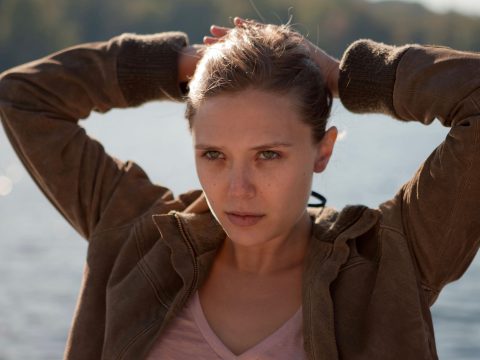 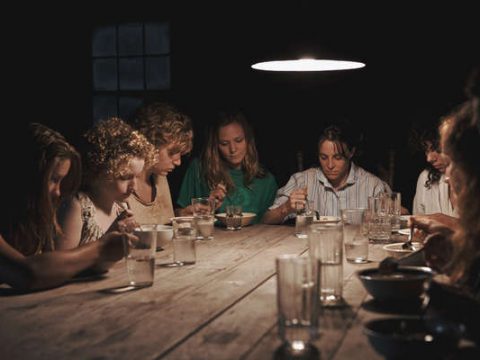