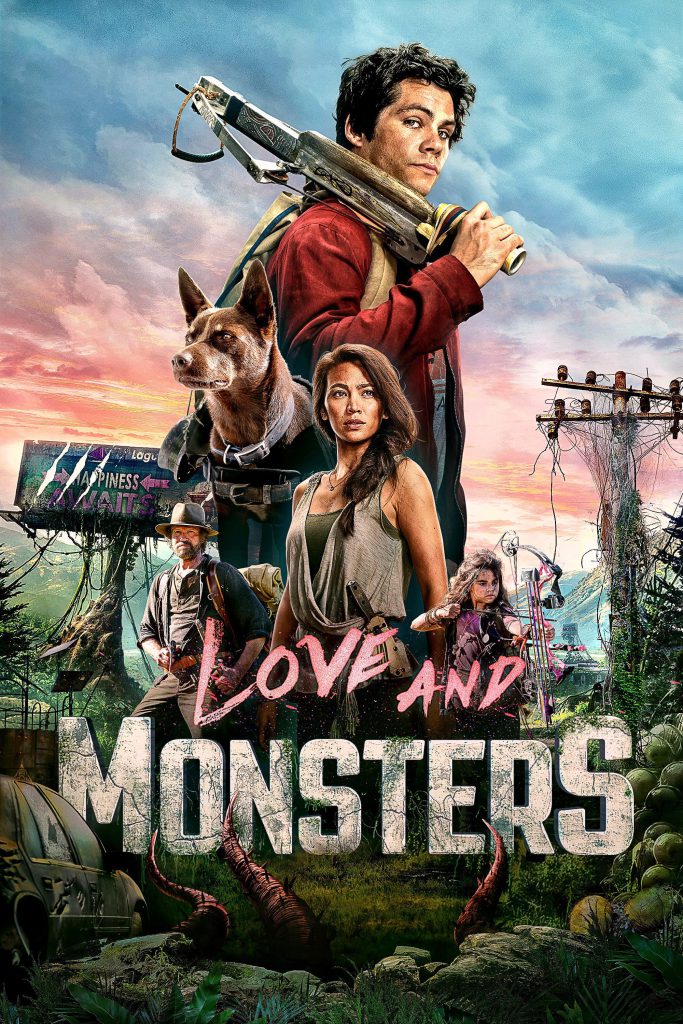 It seems odd to say in this near-apocalyptic pandemic world – but – Love and Monsters, an adventure, monster, romance movie set in a post-apocalyptic world, is fun to watch and is entertaining.

Saving the world from one disaster causes another.  The remaining population now live in underground bunkers to protect themselves from monster insects (a moth killed the President). Seven years later, we meet the lead protagonist Joel (Dylan O’Brien, Maze Runner).  Joel is happy in his bunker; however, he is as far from being the alpha male as one can get. He also has no chance of a girlfriend.  Finally, his urge to see his old girlfriend from seven years ago overpowers his fear of death-by-monster-insect, so Joel sets out alone on an 85-mile trek to her bunker. 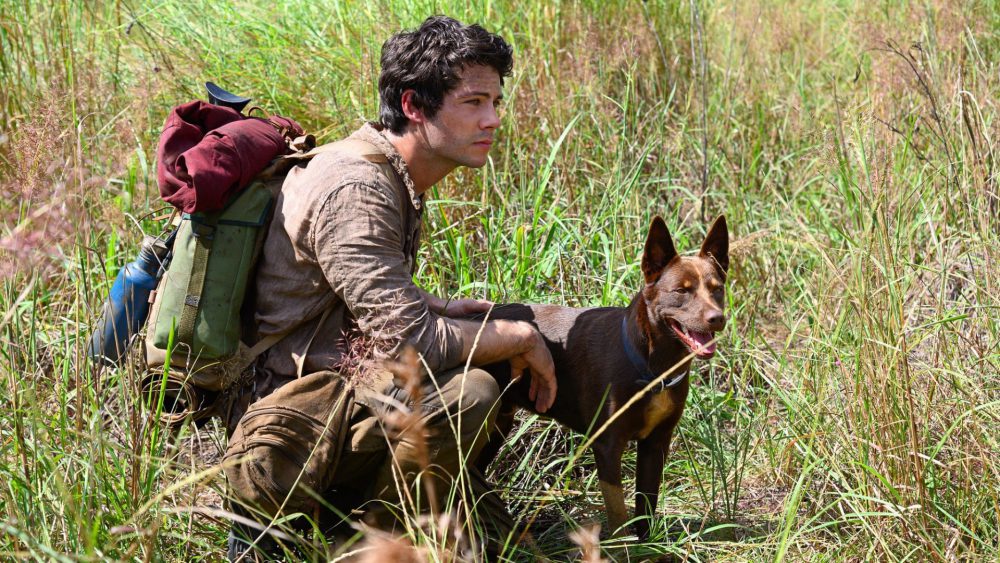 Joel and Dog © − All right reserved.

Thus begins, not the coming of age portion of the film, more like the becoming competent phase, helped along by two skilled travelers he meets.  Clyde (Michael Rooker, Yondu in Guardians of the Galaxy), the gruff leader – who most people will confuse with Woody Harrelson – and a tough, cute kid, Minnow (Ariana Greenblatt, Young Gamora in Avengers: Infinity War) teach him enough to survive.

In the final chapter of Love and Monsters, Joel uses his new skills to help his old girlfriend, Aimee (Jessica Henwick, The Matrix 4 out in 2021).

The premise of Love and Monsters is nonsensical, but the reimagined insects are not that scary, not too hokey, and a little interesting.  Young adults can easily handle the PG-13 “violence” and scare factor.  However, the story has enough intrigue and twists to keep all ages entertained.

The two travelers he meets, Clyde and Minnow, are a refreshing break from the bunker world.  They provide comic relief and use their tough-love approach to open the insect world to the viewer and Joel.  Clyde is funny with his quotes and rules.  Minnow is a little Clyde, cute, tough, and smart.

Dylan O’Brien, as Joel, does fine in his lead role as the innocent man growing up a bit.  Joel’s biggest talent is to bring tears to his eyes when he is scared or sad.  He did this a couple of times in the film.

Love and Monsters an adventure, monster, romance movie will not change your life. You may not even remember it in a month or two, but Love and Monsters is good wholesome fun, not too scary, and not bloody.

Love and Monsters is available On Demand or Prime Video. 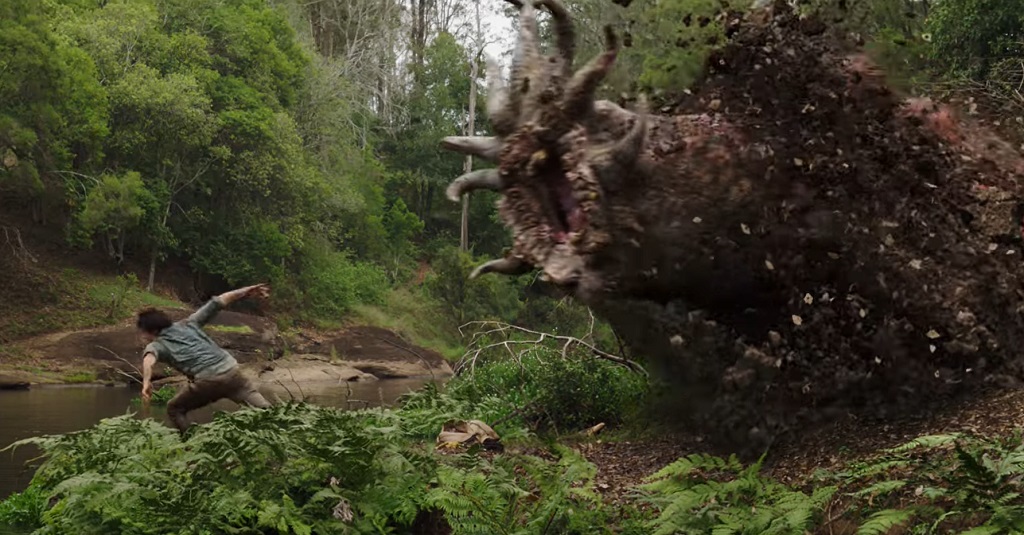 About the scariest Love and Monsters gets. 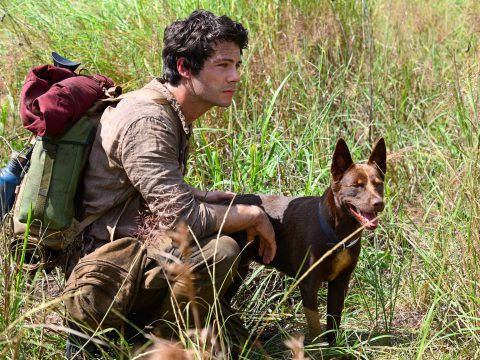 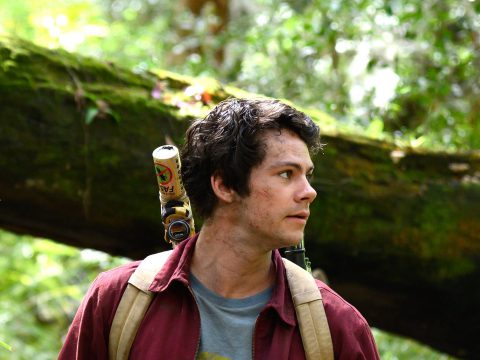 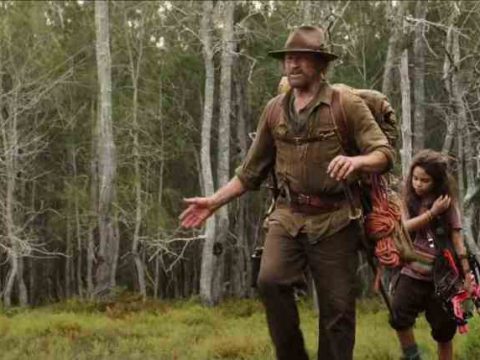 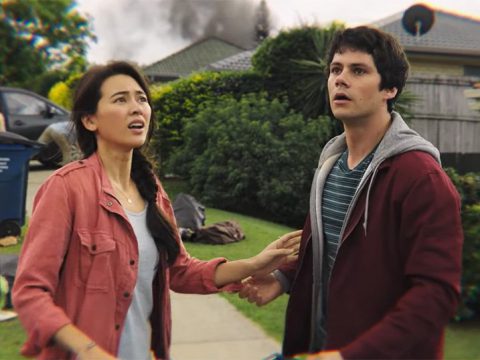 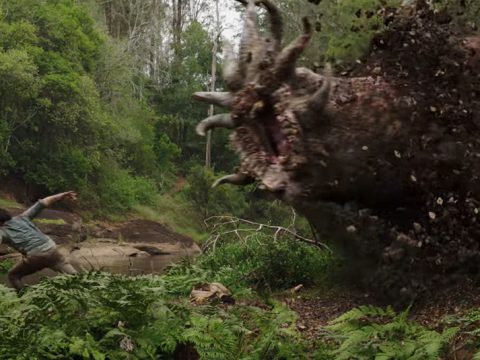