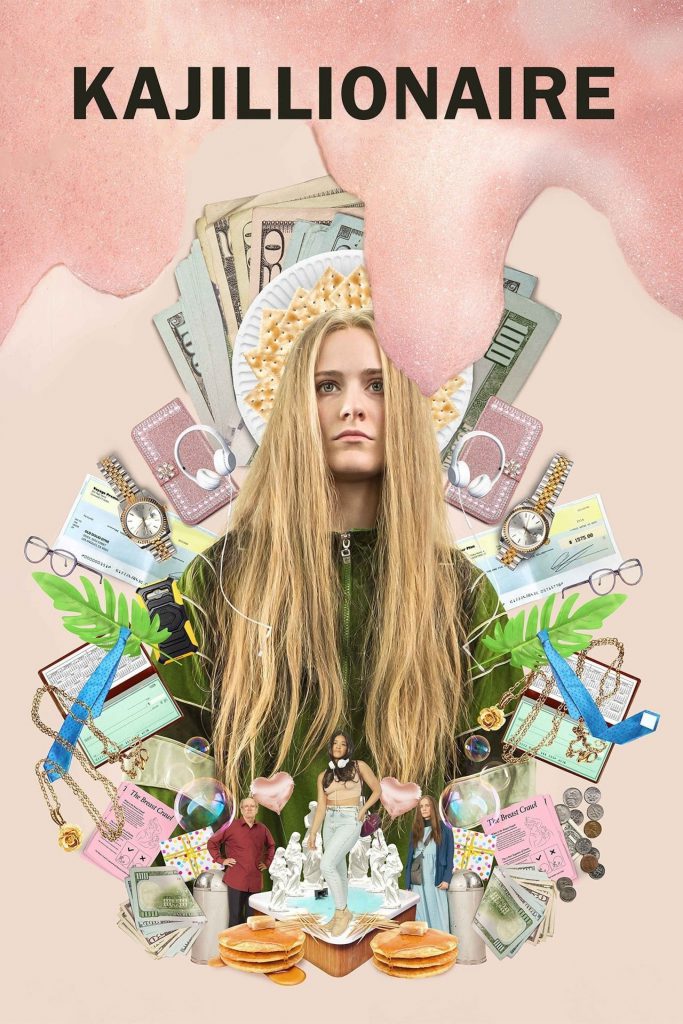 The list above are some of the elements that contribute to one of the most original and well-written scripts I have encountered in a long time.  This slightly bizarre story is more than just a coming-out story; Kajillionaire is about a woman starting from zero tenderness in her life and slowly awakening to the world.  Kajillionaire, a crime comedy-drama, is original. However, the film is slightly quirky, so it is probably not for everyone. 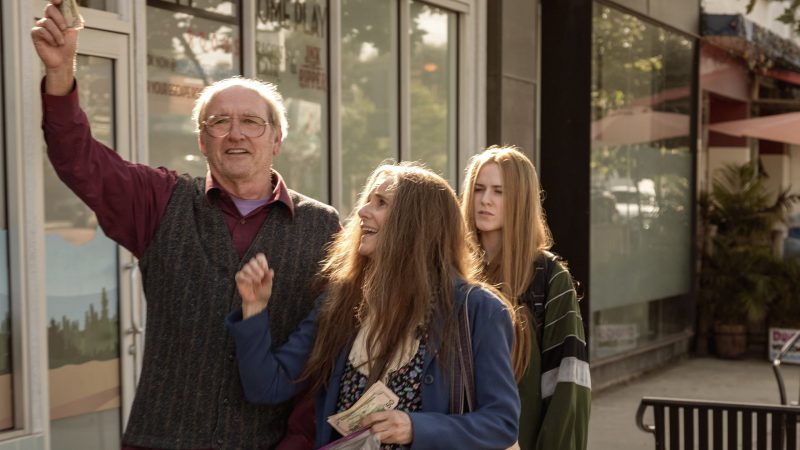 Grifters Robert & Theresa Dyne (Richard Jenkins & Debra Winger) raised their daughter Old Dolio (Evan Rachel Wood) to be an obedient and successful scam artist.  Life is a constant struggle. However, all is good for Old Dolio. All is good until the family meets Melanie (Gina Rodriquez).  Melanie finds it exciting to be part of the grifter family. So Melanie sets up a few scams. However, Old Dolio notices the tenderness her parents show toward Melanie. Old Dolio begins questioning her own life, a life with no tenderness from her parents. 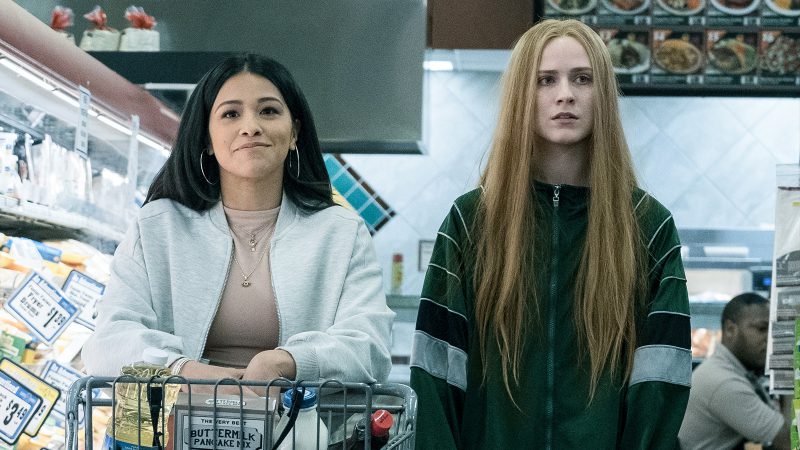 Old Dolio has a long way to travel from her ill-fitting clothes and no tenderness until she feels something, so at times, the movie can be slow. However, Evan Rachel Wood plays the role well as a sans emotions person. The Patriarch of the family, Robert, is single-minded in his constant need to scam and find some money. Hyperactive and obsessive.  Emotions do not play a part of his thinking.  The Mother (Theresa) is complicit and does not factor much in the movie – except for the Breast Crawl scene – and then she only says one word – cot.

Kajillionaire has been nominated for a 2021 GLAAD Media Award. An award for the best LGBT-related film released, not for major distribution.  The film premiered at the Sundance Film Festival on January 25, 2020.

Kajillionaire is a sometimes slow crime, comedy-drama film. The main plot line involves Old Dolio learning about emotions after 26-years of repression by the parents.  It is different, a bit quirky, but a well-written story that is heavier on the drama. 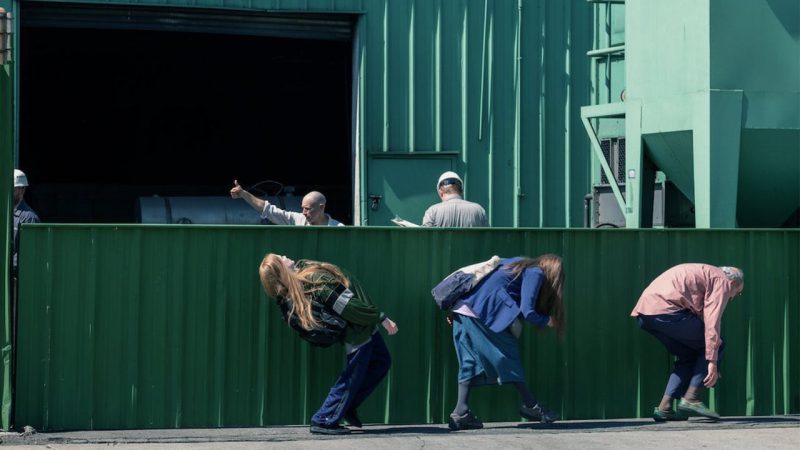 Avoiding the Landlord © − All right reserved. 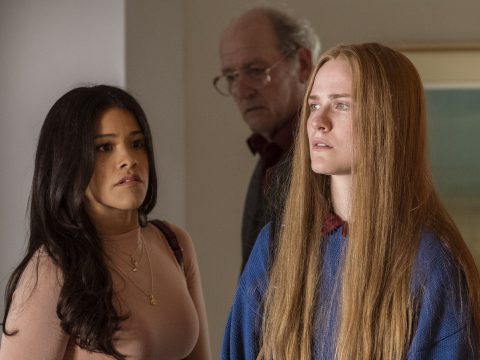 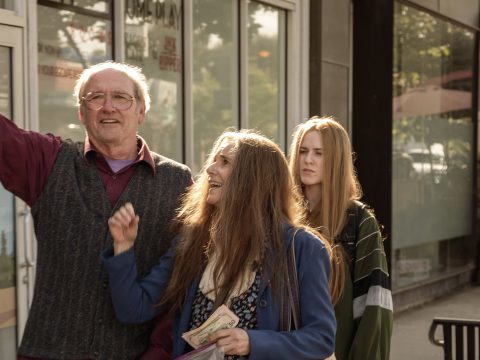 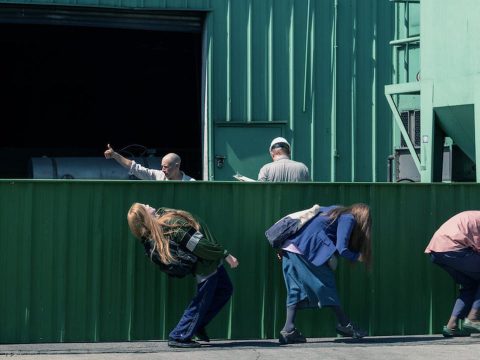 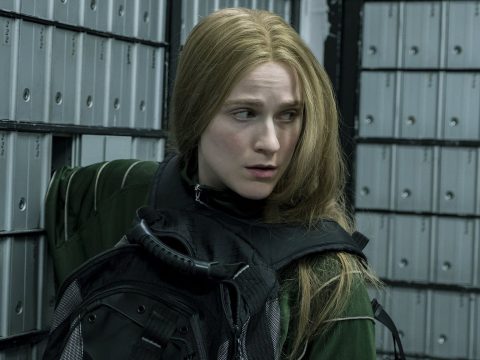 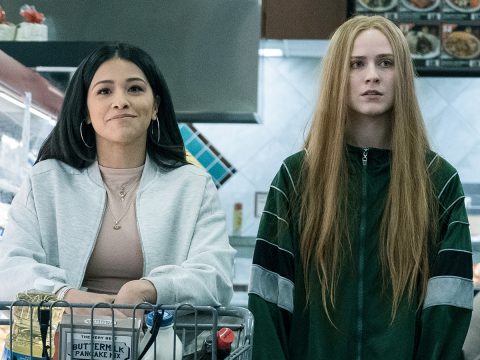