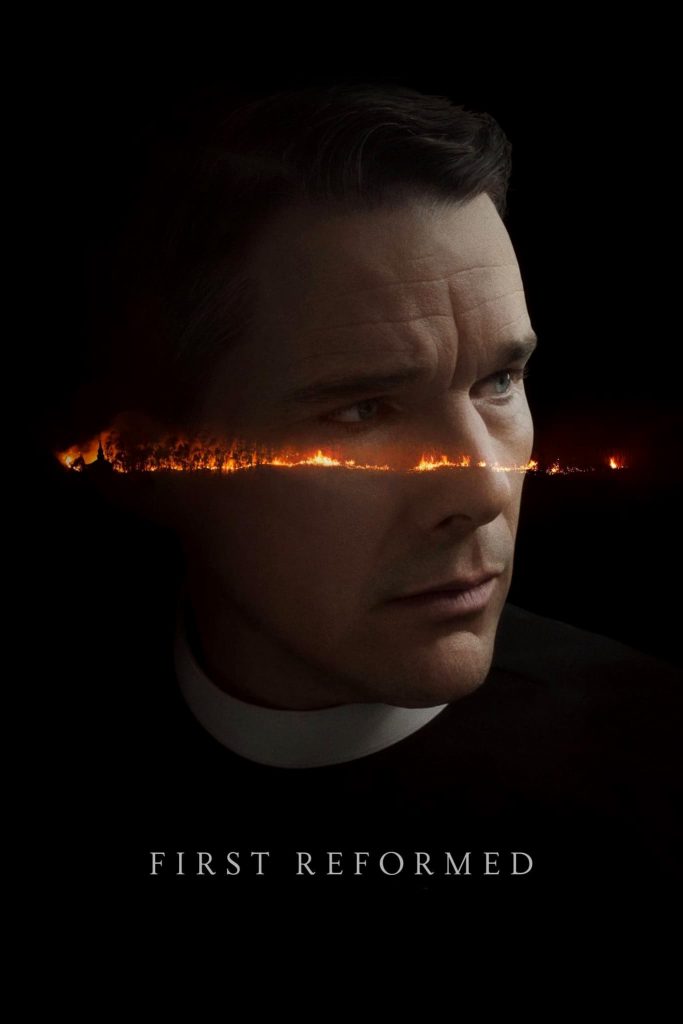 Paul Schrader wrote and directed the drama First Reformed when he was 71 years old. This is his most recent screenplay since he began writing in the early 70’s. Mr. Schrader’s earliest successful screenplays were Taxi Driver (1976) and Raging Bull (1980), both directed by Martin Scorsese. Mr. Schrader wrote an early script for Close Encounters of the Third Kind (1977) for Steven Spielberg who did not use the script calling the writing “terribly guilt-ridden” (Wiki). For First Reformed Paul Schrader both wrote and directed this movie and he gets dark. First Reformed’s protagonist, Reverend Toller, is awash in guilt, self-loathing, and despair – I’d say terribly guilt-ridden. 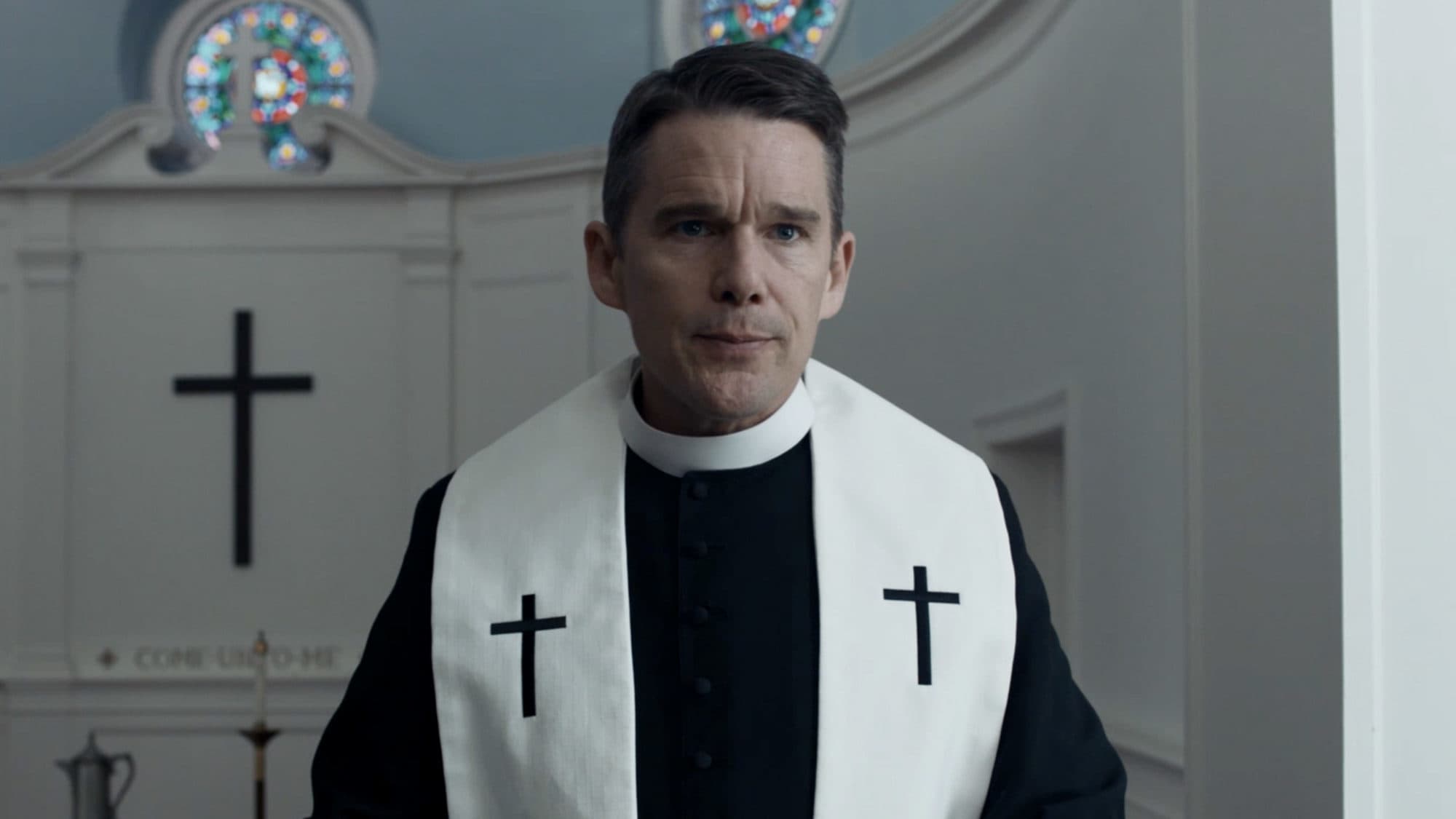 First Reformed is a small church, built in 1767 of Dutch Colonial style in upper state New York.  The First Reformed Church is no more than a “souvenir shop” owned by the 5,000 seat megachurch “Abundant Life.” Reverend Joel Jeffers (played by Cedric Kyles a.k.a. Cedric the Entertainer, first time using his real name in a movie) leads the very successful Abundant Life Church.

Reverend Ernst Toller (Ethan Hawke) is the Pastor of the souvenir church, First Reformed. He is a former chaplain in the military whose marriage fell apart. Now, Reverend Toller’s psyche is beginning to fail. Reverend Toller has a bunch of inner demons haunting him – his congregation consists of about 10 people, he is not an inspirational preacher, a closet alcoholic, and has been ignoring health warnings for at least 5 months. For some reason, he decides to start a journal to put down his inner thoughts and show no mercy on himself – dark enough?

One of his parishioners, the pregnant Mary (Amanda Seyfried, Mamma Mia! Here We Go Again) comes to him and asks him to counsel her husband. The husband is having dark thoughts the pregnancy because the husband cannot justify bringing an infant into a world that will be unsustainable by 2050 due to climate change (yes, parts of earth will be unsustainable, scientific fact). Rev. Toller is not a counselor, but tries to counsel the husband Michael (Philip Ettinger) using some simple adages from the Bible (courage over despair, blag, blah, blah) only to make matters worse. That was a good scene though.

His failed counseling gets Rev. Toller fixated on climate change and the role churches are not playing to help the world. One example, the megachurch church is financed by the 5th largest polluter in the world. Second example, churches support the current “do nothing to stop climate change” administration – “Will God Forgive Us?” – becomes his mantra.

But this in not a movie about climate change, or narcissistic politics, the subject is about the mind of a man who lost his courage and is spiraling downward in despair. The ending is ambiguous, (designed to be ambiguous), one of those endings that you can discuss and argue indefinitely. No spoilers here, but there is a foreshadowing line in the form of a question near the middle of the film pondered by the Reverend after a character dies by suicide – “What is one’s last thought as you pull the trigger, there goes my head, or Jesus watch over me, or neither.” Remember this line at the end and it might become less ambiguous. 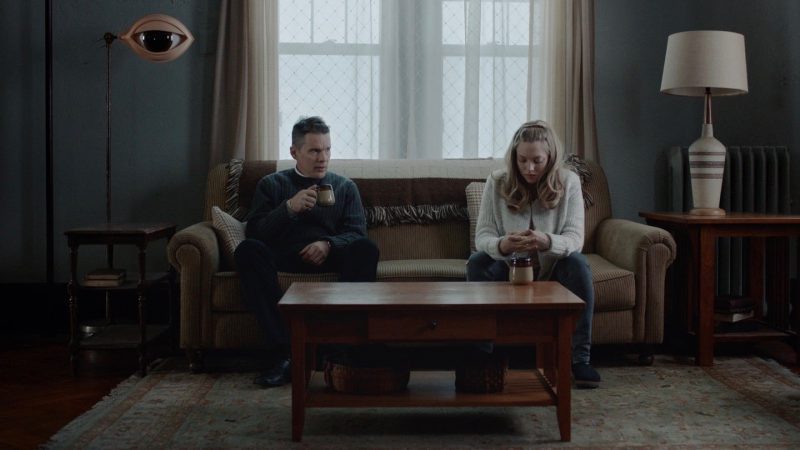 Ethan Hawke is excellent as the Reverend slowly losing touch with reality. He deserves an award for his portrayal of this character, but it is difficult to get awarded for sad and ambiguous stories.  Amanda Seyfried as Mary appears to have just gotten out of bed, walked on set and started talking; no makeup and what looks like no direction and little effort. Although, she does shed some tears – twice – mediocre crier. Cedric Kyles is fine as the Reverend of the megachurch. Cedric appears and acts like one expects a Reverend to act, at least a Reverend who is in it for the money and fame.

A very cerebral movie that won’t be fun to watch but interesting if you like well written, well acted, and complex storytelling.  First Reformed is a very good drama by Paul Schrader. 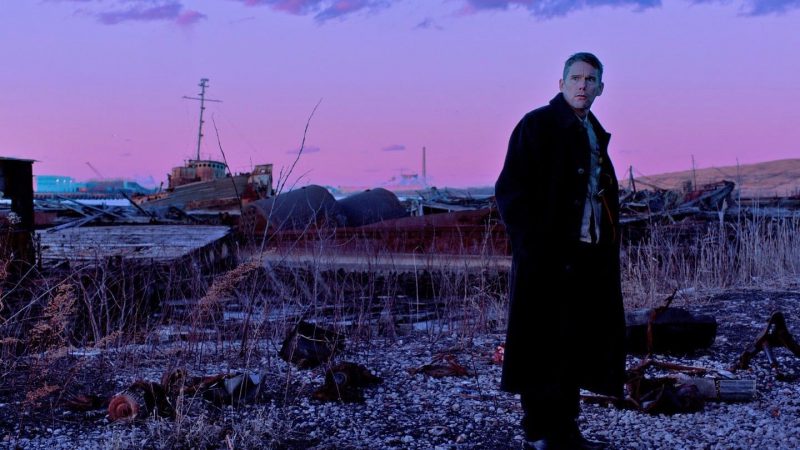 Will God Forgive Us?

The Biggest Spoiler: The Ending
Mary gave Reverend Toller the suicide vest that Michael fashioned before he died by suicide.  At the 250th year Reconsecration of the First Reformed Church, Rev. Toller donned the vest and is planning to blow it up to take out the head of the Balq Energy company, the fifth largest polluter in the world and largest contributor to the Abundant Life church.  But then he sees Mary enter the church, I believe this is the place he went mad.

He removes the suicide vest and wraps himself in rusty barb wire he found outside.  Rev. Toller then fills a glass with drain cleaner. The Reverend is about to drink the drain cleaner when he sees Mary standing there (the door was shown to be locked in the previous scene).  He drops the glass, runs to Mary, and they begin kissing passionately; then all went black for 5 seconds before the credits roll.  My interpretation of the ending:  Rev. Toller drank the drain cleaner and died.  His last thought is Mary and his love for Mary.  The scene went black longer than normal before the credits to signify his death. 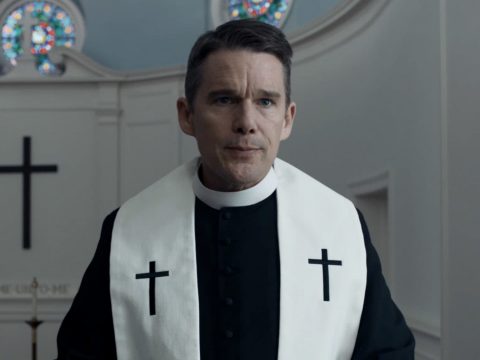 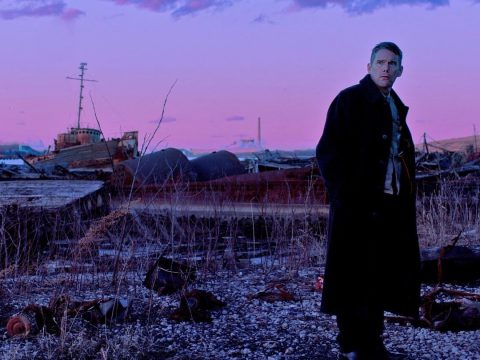 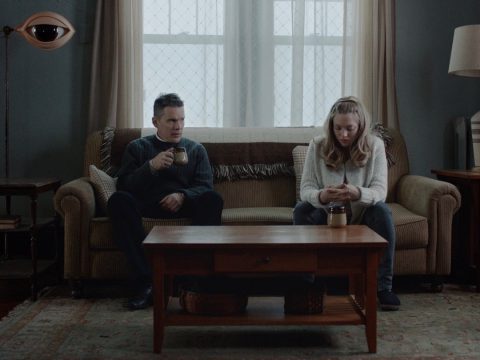 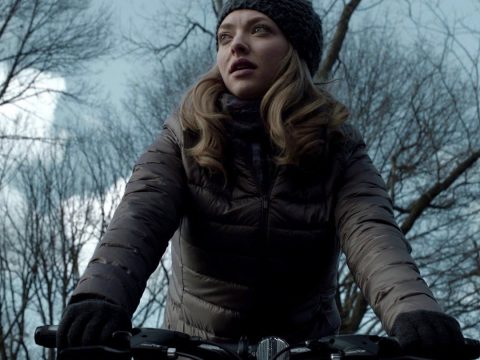