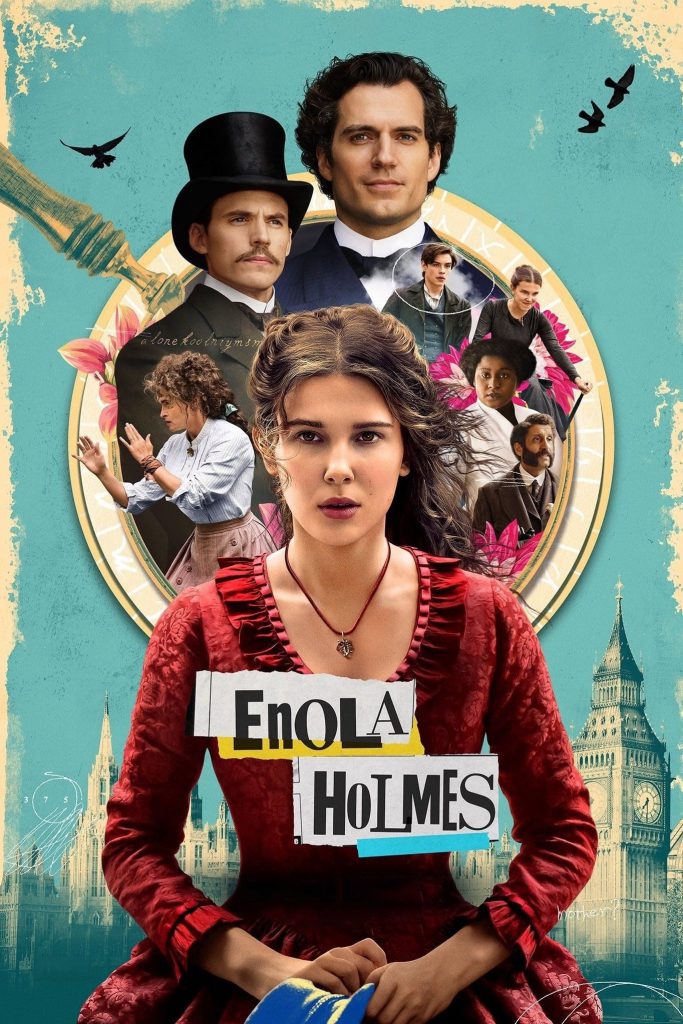 If I were a 16-year old girl, Enola Holmes would be empowering and would become my favorite film.  I am as far from being a 16-year old girl as one can get. However, Enola Holmes, this coming-of-age adventure film on Netflix, is still entertaining, beautifully filmed and acted, and is a surprisingly complex and fulfilling story.

Sixteen-year-old English actor Millie Bobby Brown (Stanger Things, Godzilla: King of the Monsters) plays Enola, the younger sister of Mycroft and Sherlock Holmes.  Her alternative Mother Eudoria (Helena Bonham Carter, Ocean’s 8, Les Misérables), taught her daughter by reading everything in the library, playing chess, and fighting using martial arts.  Sadly, the mother disappears when Enola turns sixteen and leaves Enola alone.  The distant brothers reenter her life and attempt to control her upbringing. Enola does not agree and rebels, just like her mom. 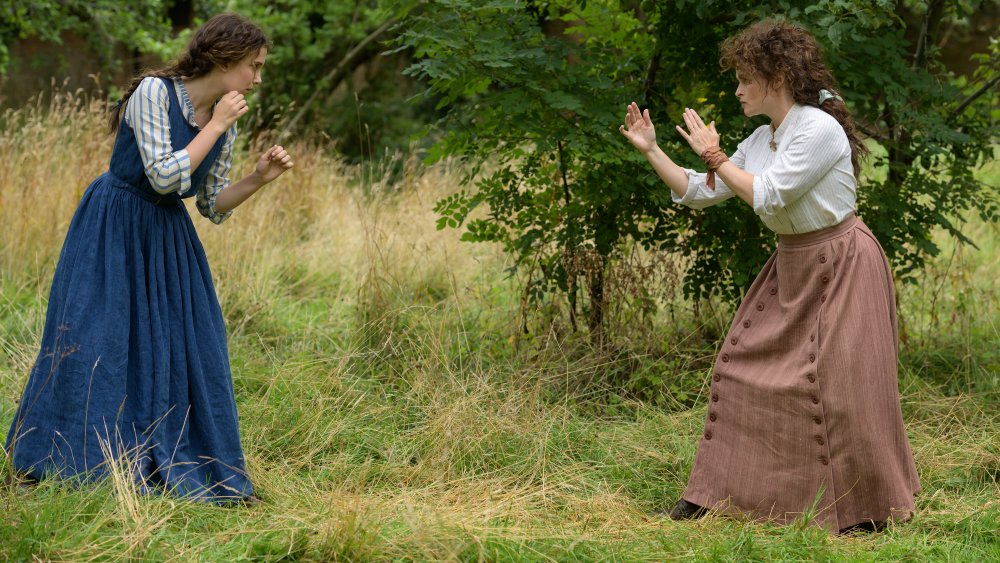 The film takes place in the early 1900’s England. The writing skillfully weaves human & women’s rights, manipulation of Parliament, an assassin, and, my favorite, a train into the storyline.

Being Enola Holmes is a dream role for Millie Bobby Brown.  Ms. Brown gets to display a wide range of emotions and physical moves.  In one scene, she rapidly goes from an assertive, strong woman to a crying child in a matter of seconds. A feat only someone her age could genuinely pull off.  The physical acting includes flipping foes and getting knocked unconscious by the butt of a shotgun – all in blood-free PG-13. 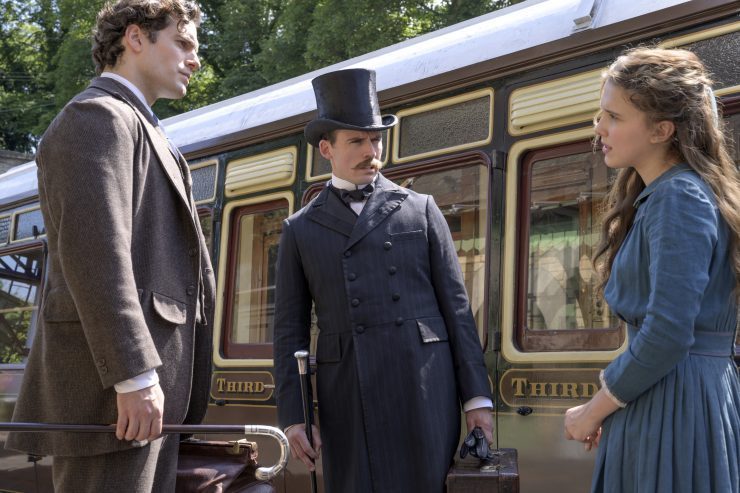 All the characters except Enola faded into the background. Helena Bonham Carter as Eudoria, Henry Cavill as Sherlock Holmes, Sam Claflin as Mycroft Holmes, Susie Wokoma as Edith (the only non-white character in the film), and Louis Partridge as Viscount Tewkesbury the Marquess of Basilwether all give fine performances, but they are just there to support Enola.  Enola is the focus, and the film is her movie.  Numerous times Enola talks directly at the camera, explaining things to the audience and even asking questions; it’s kind of adorable.

Enola Holmes is a well-written coming-of-age adventure story of Enola finding her way in the world and even upstaging Sherlock Holmes.  Millie Bobby Brown does a fine job of straddling the age between a child and a young woman and displays a wide range of emotions. 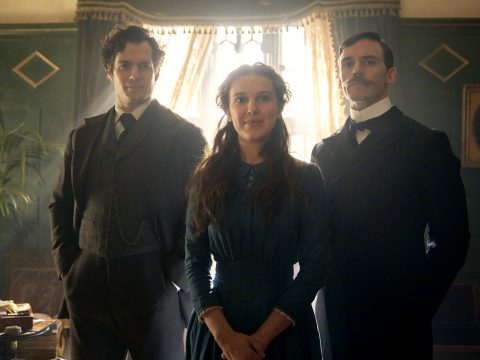 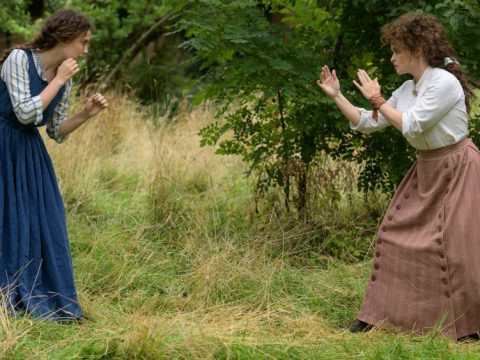 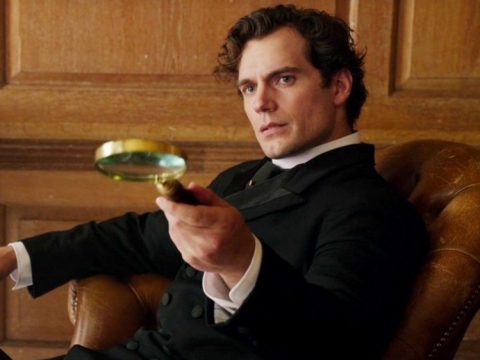 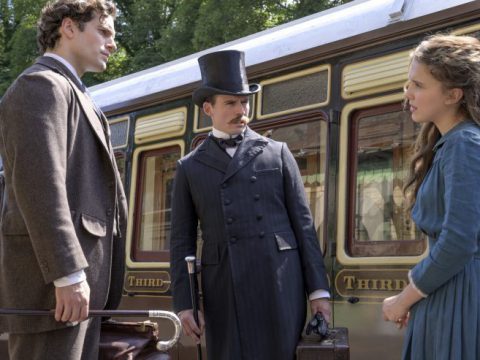 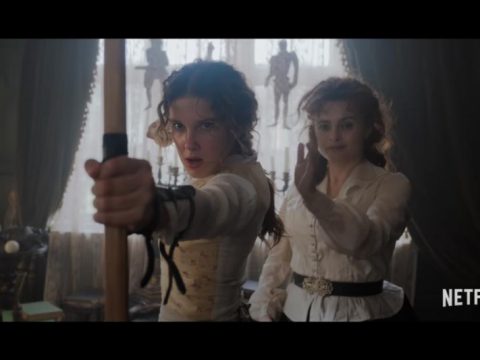 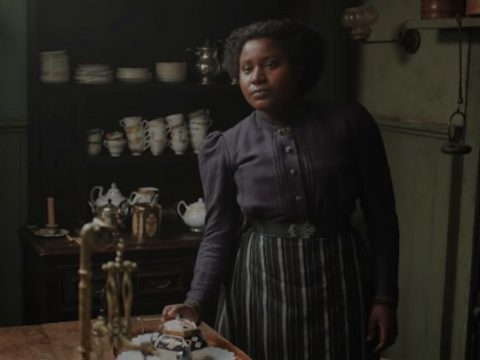