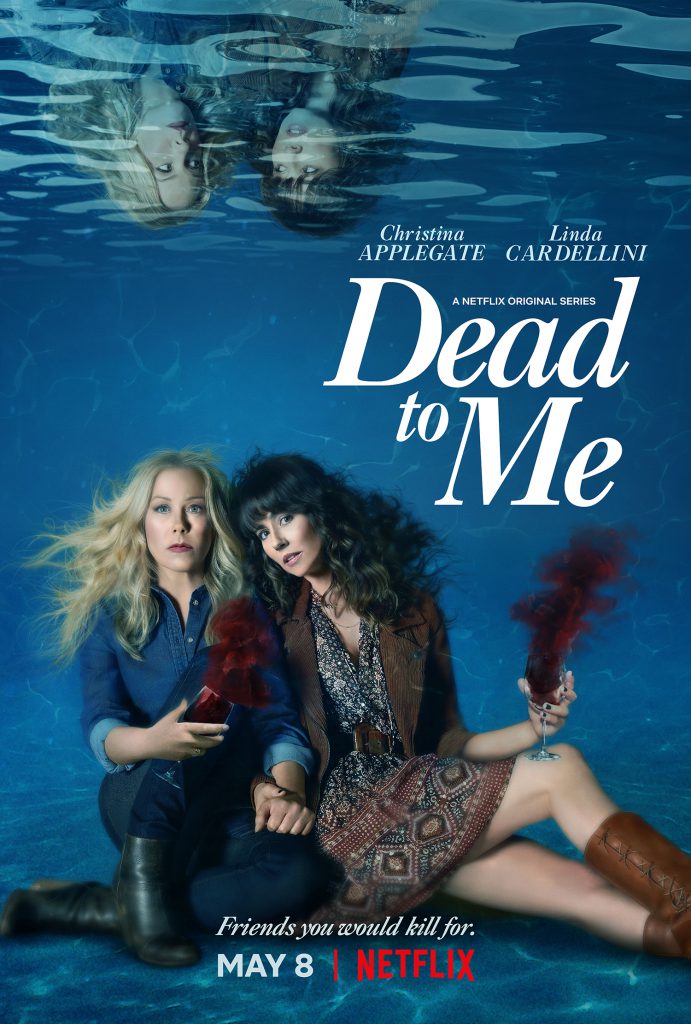 Combating a global viral pandemic slows the movie releases.  So, I’ve begun watching TV series.  Dead To Me seemed like a good name these days.  Crowded movie theaters, restaurants, stores, dead to me for a little while longer at best, I’m in Seattle.

Dead To Me is a Netflix dark comedy-drama in Season 2.  Christina Applegate is the leading actor as Jen Harding, mother of two, who in Season 1 loses her husband to a hit and run driver (keep reading it is a comedy).  Can Christina Applegate (Married… with Children, Bad Moms) pull off a very emotional leading role? Can she as Jen deal with stress, anxiety, kid & job issues, breaking laws, all with intense grief (in Season 1), and more intense guilt & fear (in Season 2) hanging over her head.  Yes, Ms. Applegate handles this role in a flawlessly funny and emotional manner that will earn her awards in the post-pandemic world. 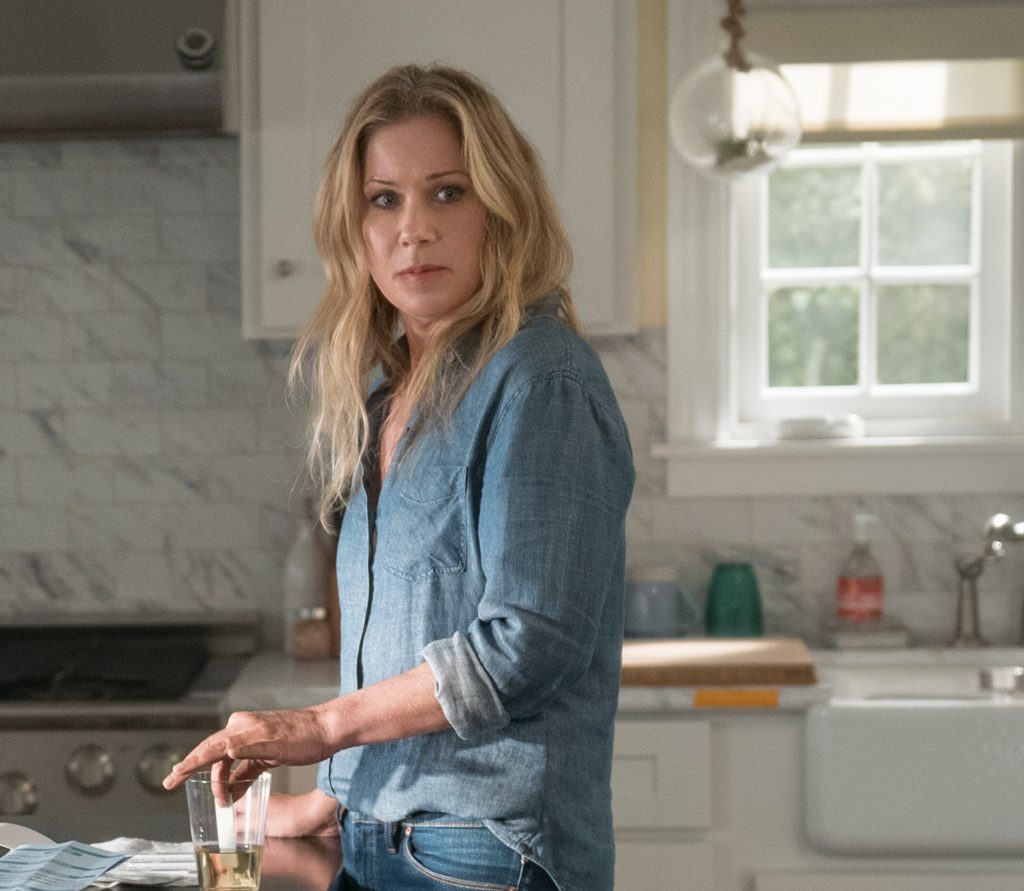 In Season 1, Jen and Judy met at the funeral of Jen’s husband, killed by a hit-and-run driver.  Their friendship develops along with a bunch of dark, tragic comedy.  It also stars James Marsden (Shock and Awe, Once Upon a Time in Hollywood as Burt Reynolds).

In Season 2, Jen and Judy reunite as friends, friends needing each other to deal with another mortal tragedy that occurs at the end of Season 1.

Dead To Me also stars Linda Cardellini (Green Book, The Curse of La Llorona, Capone) as Judy, who is the perfect compliment to Jen and also performs flawless acting throughout.  Judy is a nice “I always wanting to please you” friend who cannot lie. Judy plays well against Judy’s direct, in your face, stressed-out Mom.  Lots of times, wine keeps their friendship going. 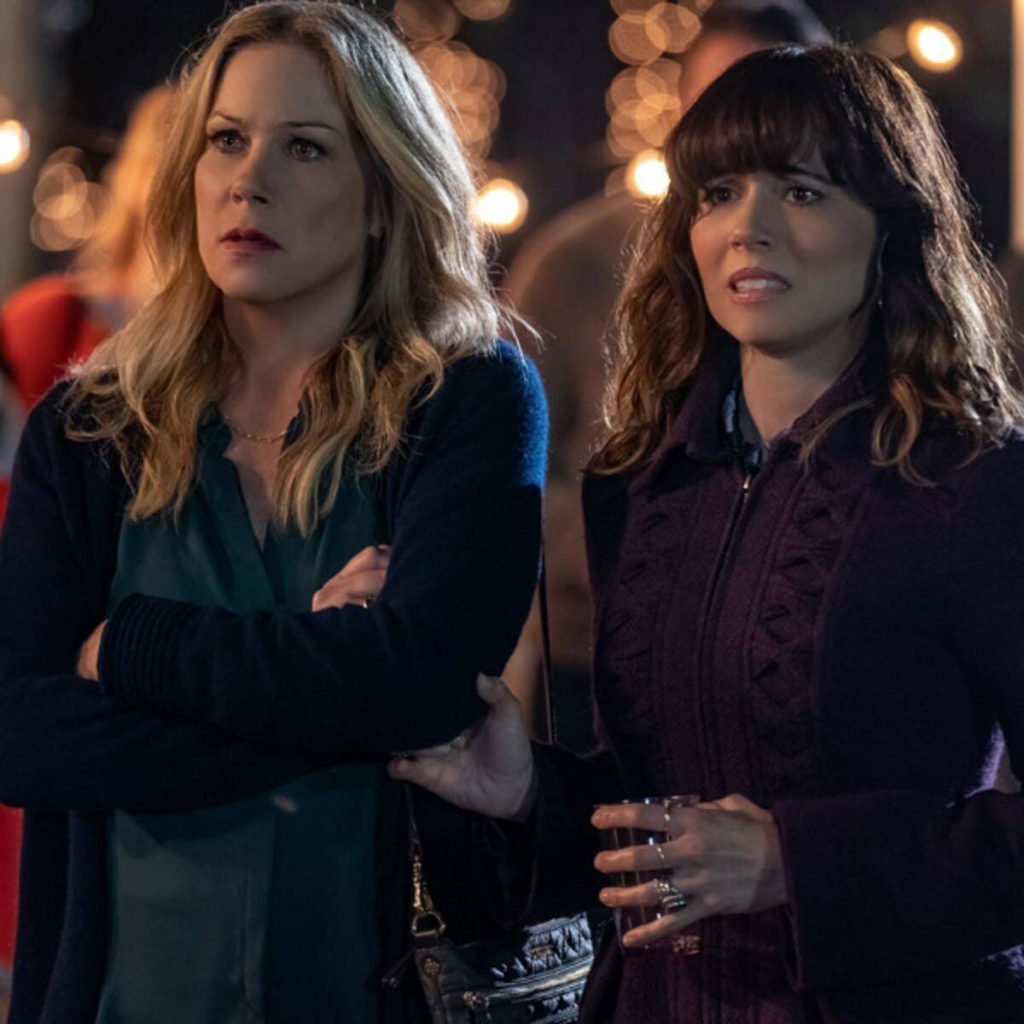 Jen and Linda Cardellini as Judy

Dead To Me is truly fun.  At the end of each episode, there is a reveal, a twist that you usually cannot anticipate.  The new information keeps each episode fresh, watching the two women deal with this new problem; the twists make this a perfect series to binge-watch.

There is also excellent support actors that come and go.  Support characters include Ed Asner, Jere Burns, Valerie Mahaffey, Natalie Moreles, Brandon Scott, Diana Maria Riva, and Katey Sagal. Yeah, I don’t know half of these actors either, but they were all worth mentioning.  Also, Katey Sagal (Sons of Anarchy) was Christina Applegate’s Mom on Married… with Children from 1987 to 1997, just some value added. 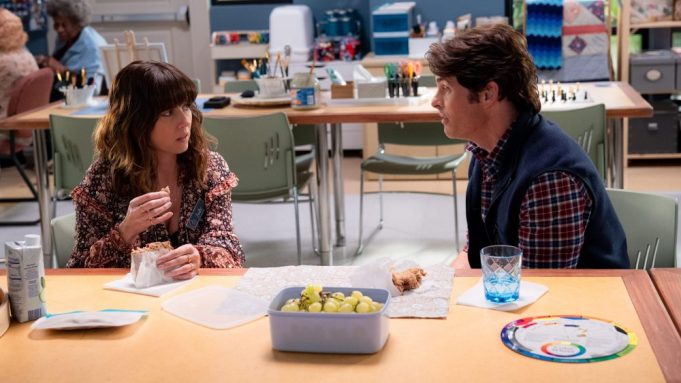 But it always comes back to Christina Applegate.  She is superb in Season 1 and even better in Season 2.  In Season 2 she can span the entire spectrum of emotions going from normal, to panic, to sobbing, back to normal in moments, she does this over and over.  Jen’s emotions build to a climax in Episode 9 of Season 2 when she finally reaches her saturation point.  She goes beyond her normal frantic self during this breakdown – incredible to watch.  After her breakdown, Season 3 begins to take shape. 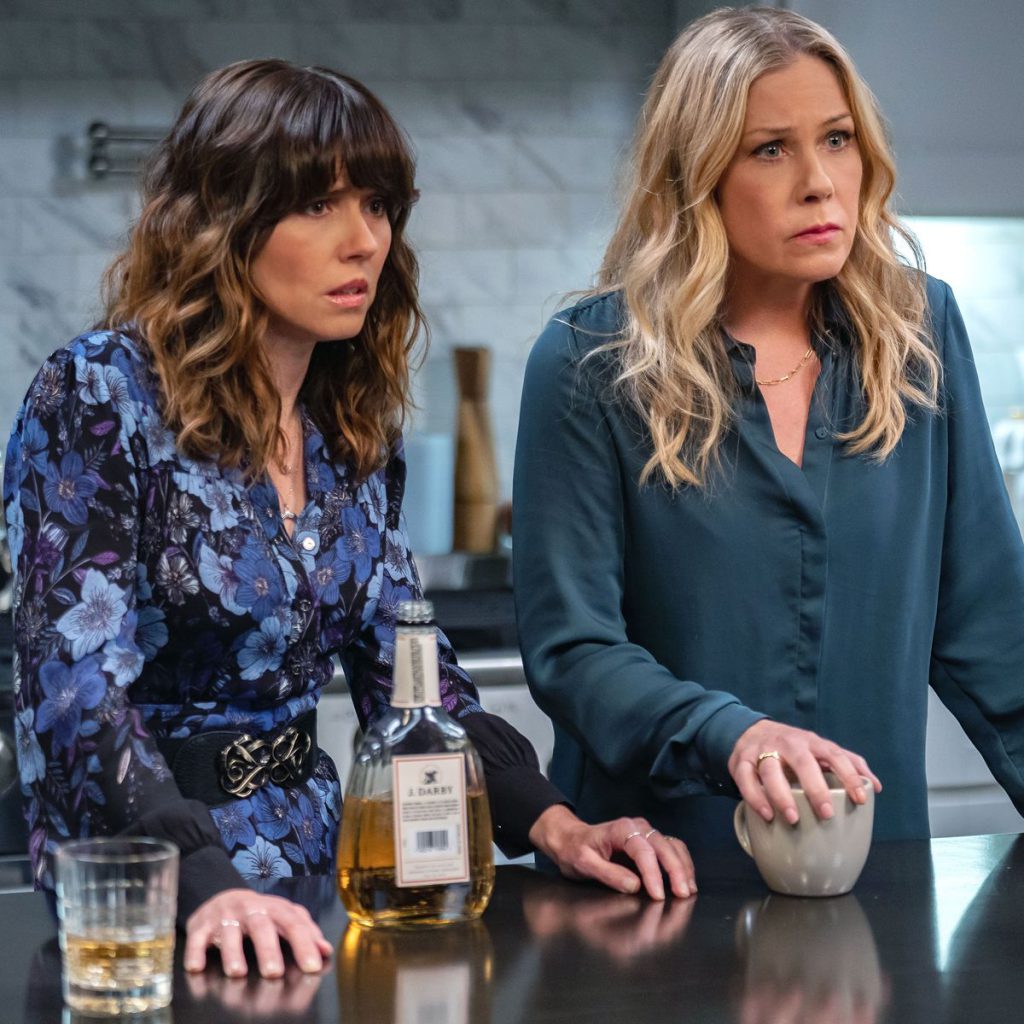 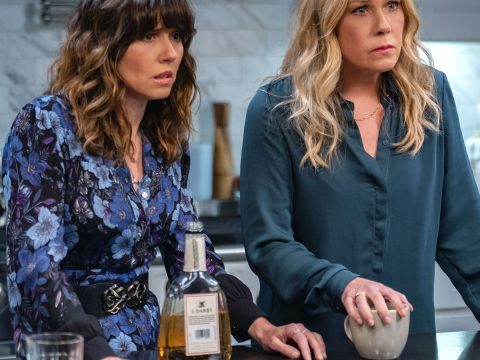 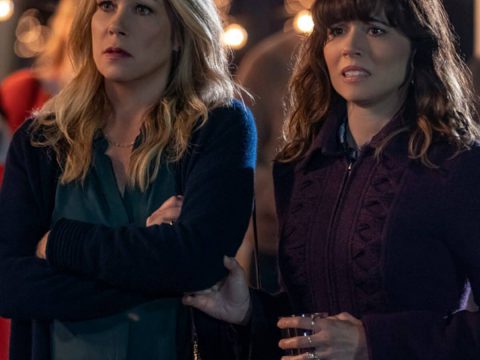 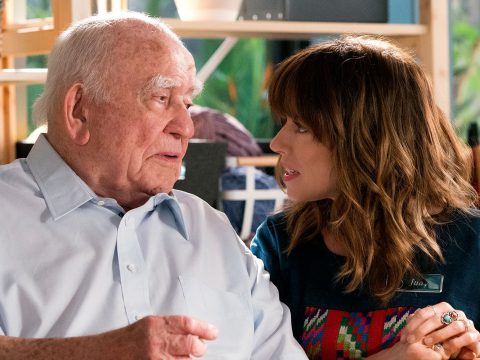 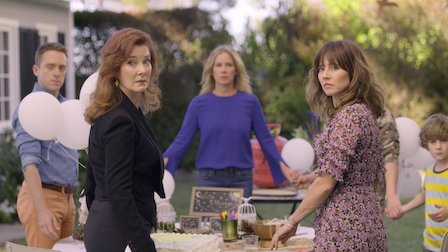 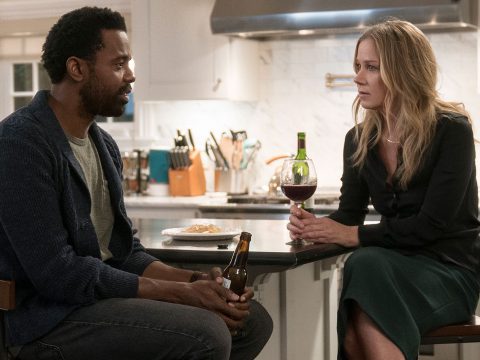 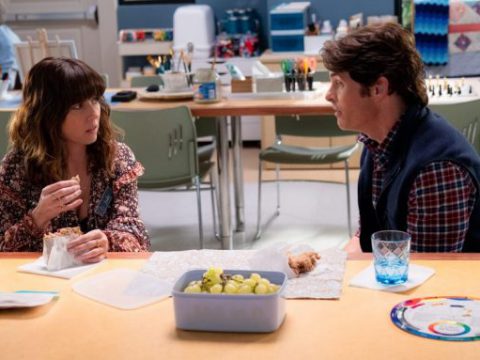 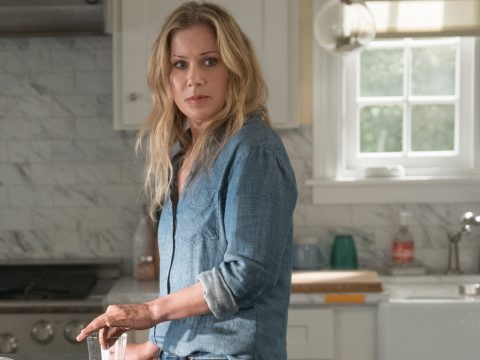