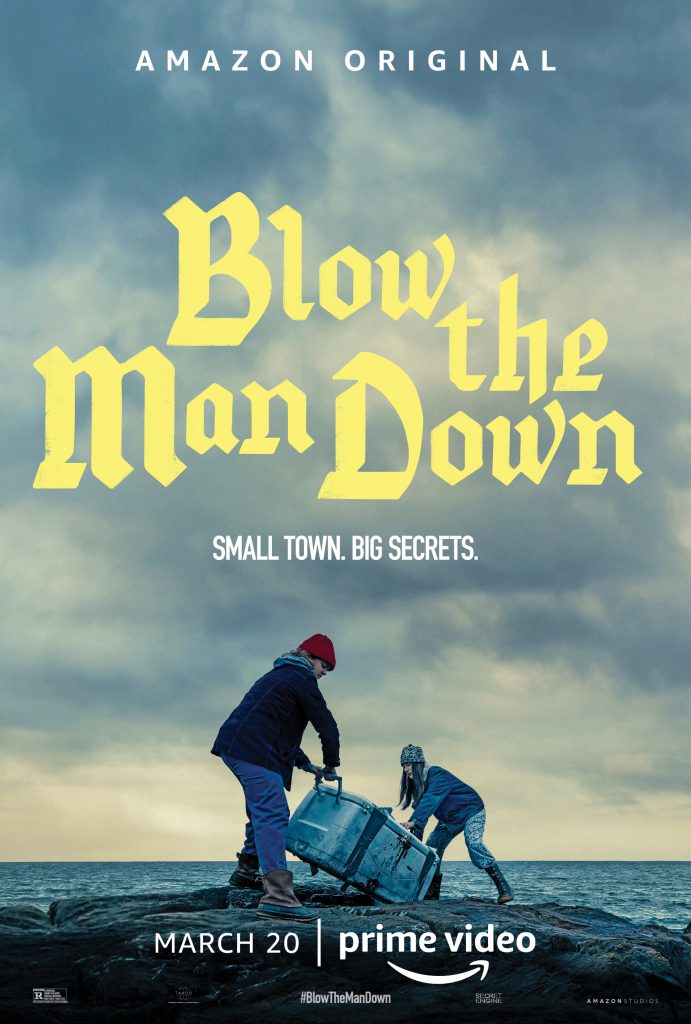 BLOW THE MAN DOWN

Blow the Man Down perfectly sets the Maine seaport small-town tone in this quirky drama of surviving in a town run for the last 30 years by now elderly women. 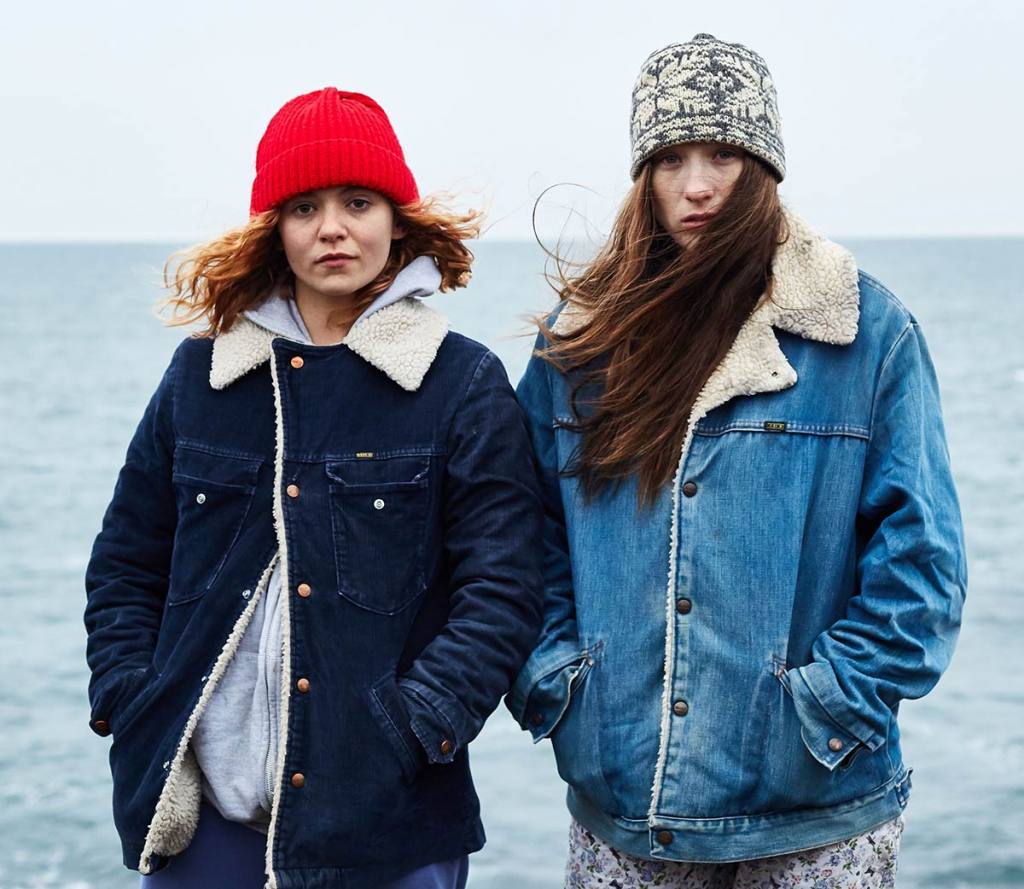 Blow the Man Down is a fun story – even though murder, shady matriarchs, and incompetent men are aplenty. A tale of Mary Beth and Priscilla figuring out the town’s underbelly and making it work for them.

The main thing one must love when viewing this film is old English sea shanties.  The film begins with a traditional singing of Blow the Man Down. Throughout the movie, sea shanties accentuate the film.  The main singer is David Coffin, a bass-baritone folk singer well known in the Boston Harbor for his narrative tours and the local Revels.

If you enjoy sea shanties, then you can also enjoy a long list of fine actresses giving excellent performances.

My favorite evil woman is Margo Martindale (Practical Magic). Ever since seeing Margo as Mags Bennett in Season 2 of Justified (still my favorite binge ever).  In Blow the Man Down, Margo plays Enid Nora Devlin, the Madame of the local whorehouse.  The matriarchs established the whorehouse 30 years ago to keep order in the harbor and protect their daughters.  Ms. Martindale is terrific playing the top of the town’s food chain.  She perfectly executes her role as a cold-hearted, ruthless boss who manipulates people in every scene.  You feel sad for her when she begins to become a little vulnerable toward the conclusion. 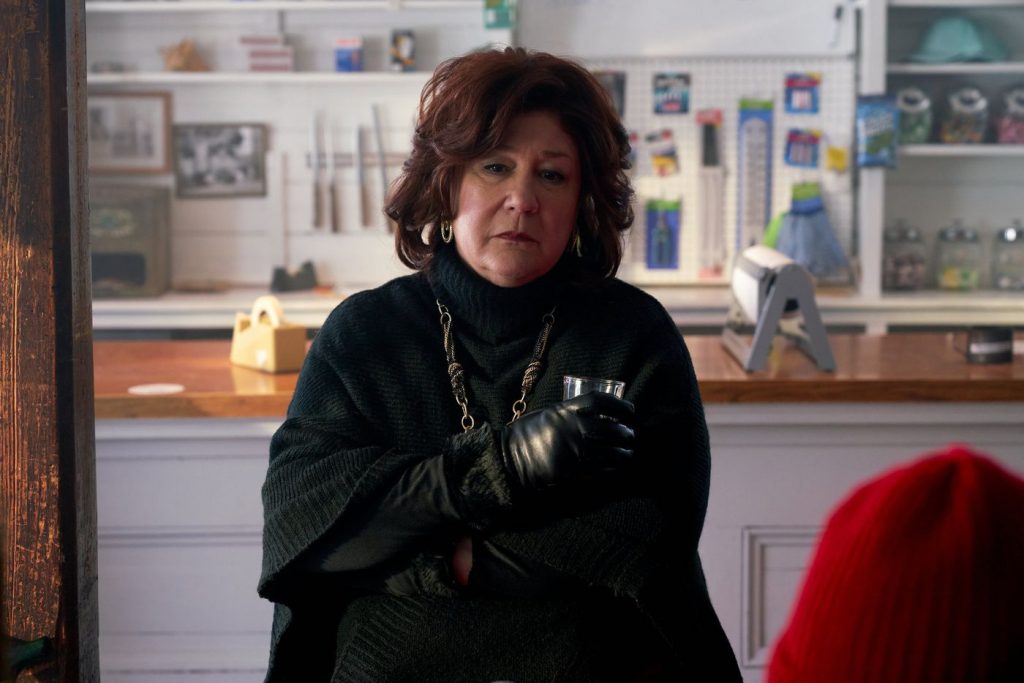 Also stellar is June Squibb (active in TV and movies since 1985, my favorite as Shelton’s Meemaw in Big Bang Theory) with her very distinctive voice, as Susie Gallagher, kind of like the town’s second in command.

Susie’s gang includes Marceline Hugot, the youngest of the matriarchs at 60 years old. And Annette O’Toole (starting in 1967 on an episode of My Three Sons). 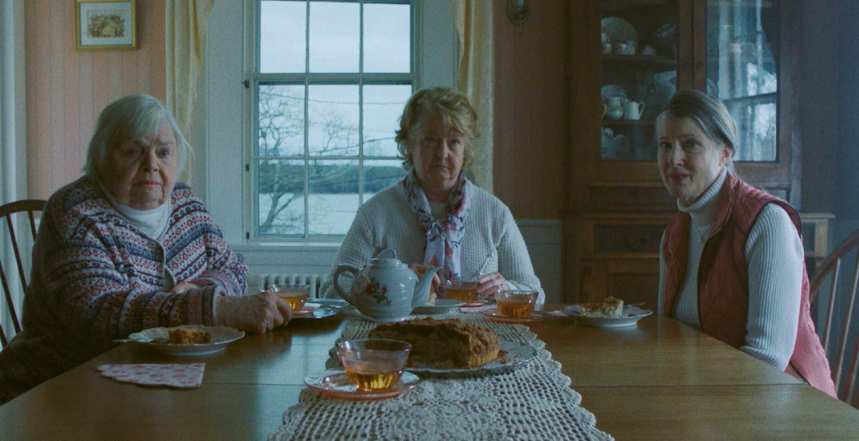 The excellent casting continues with the main protagonists of the movie.  Sophie Lowe (Above Suspicion, TV’s The Returned) as the older sister Priscilla, and Morgan Saylor (We the Coyotes, TV’s Homeland) as Mary Beth, the sister who wants to get out of town.  Both of these actors are terrific, slowly awakening to the town.  Maybe Sophia Lowe leads the acting with her cool head and stern attitude.

Blow the Man Down – the perfect title for this movie – is a quirky matriarchal drama set in a small fishing town in Maine.  However, don’t look too deep; you may find a few problems regarding this film, and that might force the town folk to kill you. 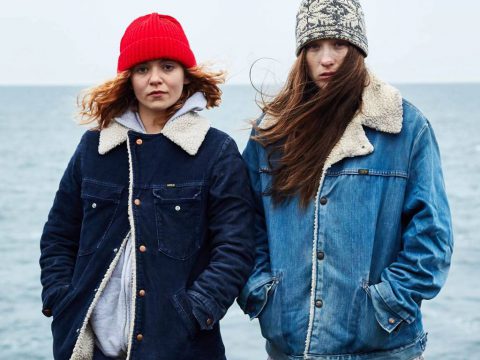 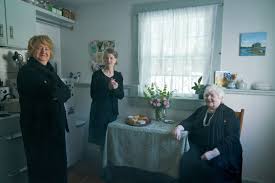 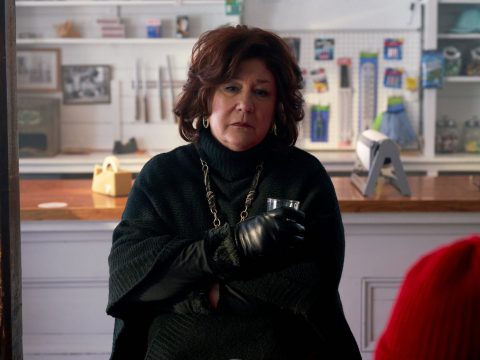 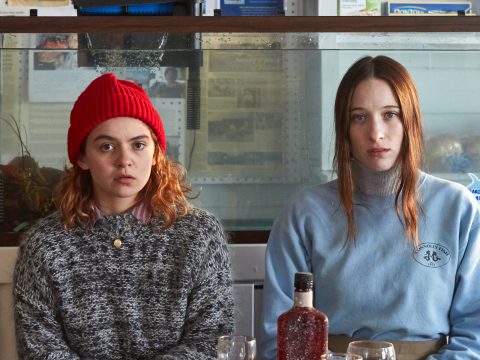 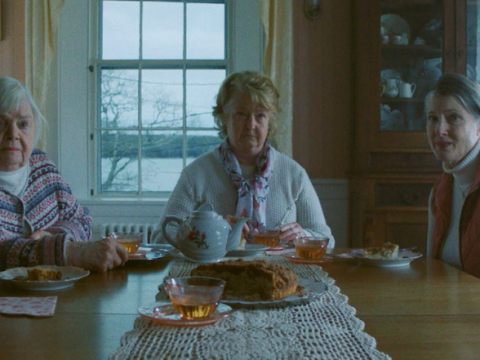