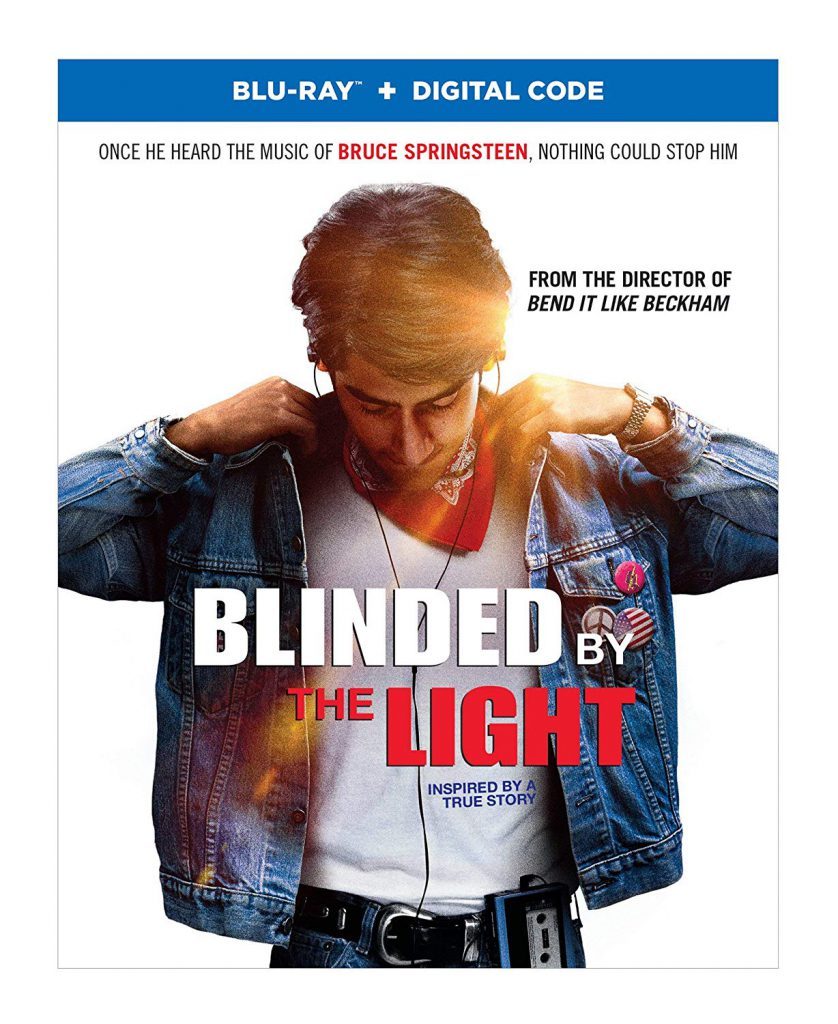 BLINDED BY THE LIGHT

I always enjoy a movie when the spoken words, or in this case, sung words, are occasionally written on the screen.  I believe it is called supertitles. Flashing the words on the screen allows the viewer to read the dialogue and better appreciate the imagery, meaning, or feeling.  At the same time, you also can enjoy the characters and the visual movie setting.  It’s a great combination. 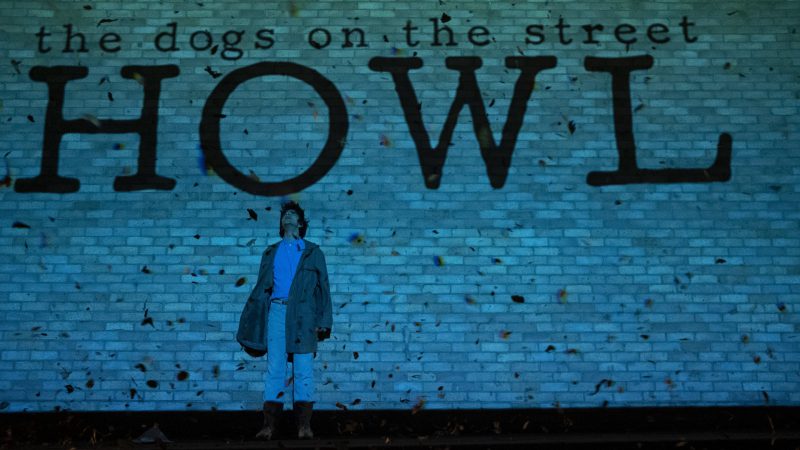 Moving forward has always been challenging because his traditional Pakistani Dad, Malik Khan (Kulvinder Ghir), rules the house as if he was living in the 15th century.  “Give me all the money you earn,” Dad is the only one with an opinion, and “When the time is right, I’ll find you a wife.”  It sounds done before, but the setting and the music make it a bit different and make it work, albeit, on a superficial level, they explore nothing.

After the supertitles, Blinded by the Light becomes mostly a rom-com.  Boys meets girl; boy gets the girl by spontaneously singing a Springsteen song in the town square that turns into a musical song and dance scene without music.  Just go with it, it is fun. 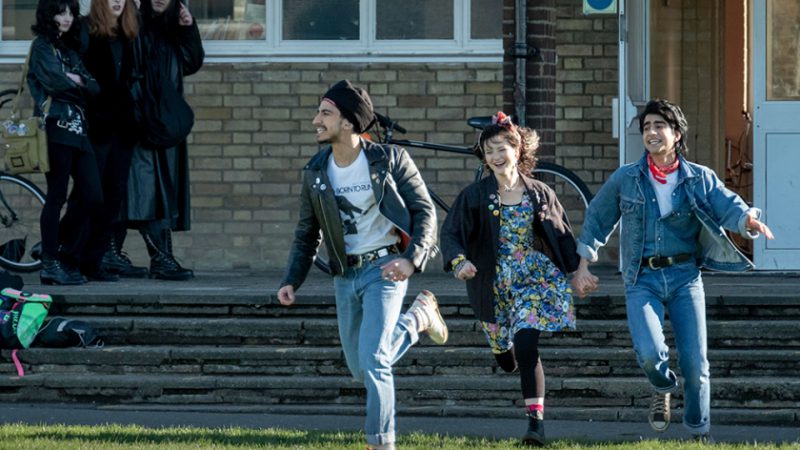 There are a few more elements that add some additional substance to the rom-com.  The movie is set in Luton, England, in 1987 when unemployment is high (there was a stock market crash that year, Black Monday in the US).

The Pakistani families living in town undergo racial slurs, protests and racist actions.  But the racism scenes do not feel real; it’s too stylized and does not show real hate and genuine fear. Racism is just an element trying to make the rom-com more significant.  Again, not explored.

But, the largest plot-line is Javed’s desire to be a writer since he was 10, and of course, the father doesn’t approve.  Although writing is talked about, no impressive writing is ever heard.  In one scene, Javed begins to read one of his essays – not impressed – but then stops and talks about his various epiphanies and his family. The scene becomes a predictable goose-bump/teary moment. 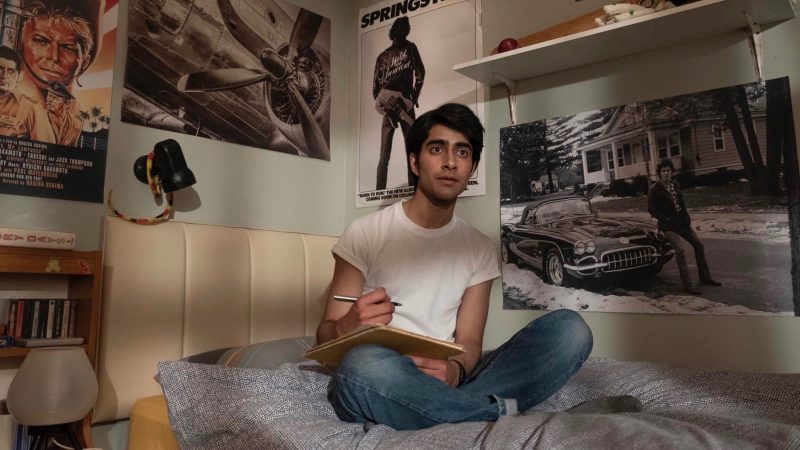 Viveik Kalra as Javeh and Aaron Phagura as Roops are new to acting.  They are both about 21 (Aaron does not disclose his age online).  They are so new to acting they don’t even have a Wiki page of their own.

Blinded by the Light is Viveik Kalra’s first film.  He made passing grades in the role since he is currently involved with several new projects.  He looks like a slightly Middle Eastern Andrew Garfield.

Aaron Phagura has been in some TV, but this is his first film.  He has a good friend vibe, fun, and cool.  But his time on screen was short.

Nell Williams, as Eliza, is also 21 and has done some child-acting.  She also played a young Cersei Lannister in one episode of Game of Thrones (I don’t remember her but click the link to see her).

Overall, the three actors make an excellent ensemble showing appreciation for Springsteen and being friends.  However, they all play 16-year old teens in this film, very far from reality.  They don’t look 16 and they don’t act 16. 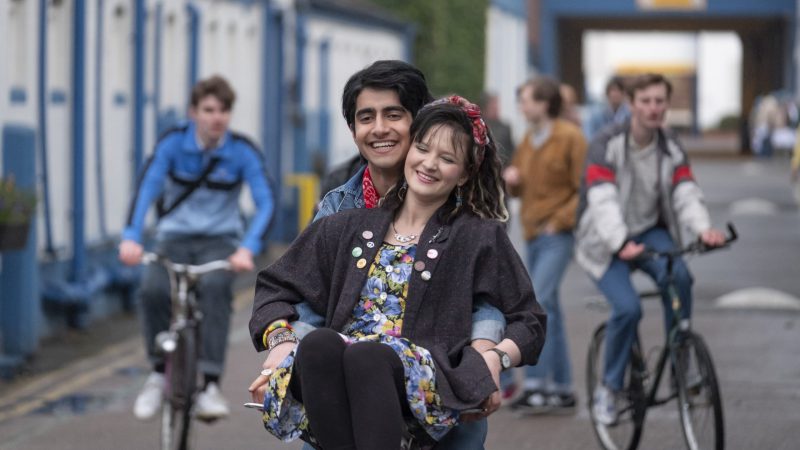 Blinded by the Light was nominated for Best Film and Best Actor (for Viveik Kalra) at the 2019 SIFF Awards at the Seattle International Film Festival.  This SIFF award is about the only nomination it received.  If there was a category for joyous, heartwarming, delightfully movies, Blinded by the Light would have won more.

Blinded by the Light with the lyrics of Bruce Springsteen is a fun movie – not too deep – just enjoy and have fun.

The soap opera begins.  Javed buys Springsteen tickets with money he made from selling a front page news article.  While he was buying the tickets, Dad gets beat up by racists.  Later, Dad finds the tickets, realizes Javed is keeping money from the family, and Dad rips the tickets up.  A fight ensues, Javed leaves home and stays with Roops.  Eliza thinks that is bad and breaks up with Javed.

Meanwhile at school the teacher, Ms. Clay submits Javed’s essay and he wins a contest so Javed gets to go to New Jersey to hear a lecture at Monmouth College.  He takes his friend Roops, and they go visit Springsteen landmarks in New Jersey.

Javed returns home and reads his essay at a presentation.  He stops reading the essay and starts talking about his family.  Javed realizes his father’s life mirrors the lyrics of the song, Blinded by the Light.  His parents arrive just before he starts reading, hear what he says and everyone is moved.

Javed gets back with Eliza and his family.

Final scene, he’s off to college a few hundred miles away. Dad lets him drive and they listen to a Springsteen tape in the car. 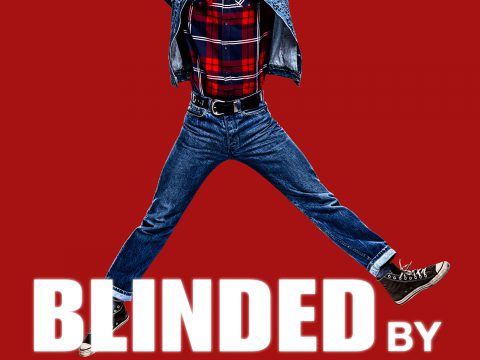 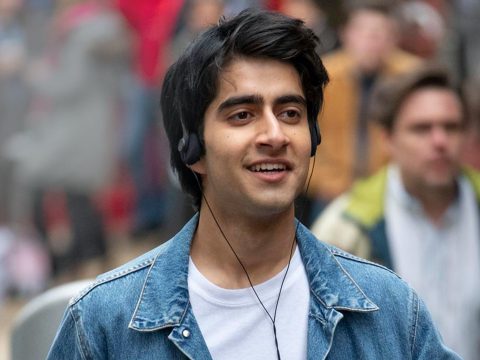 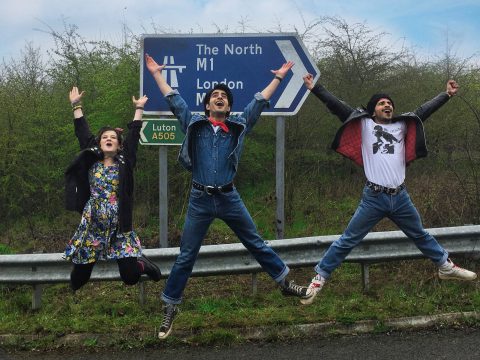 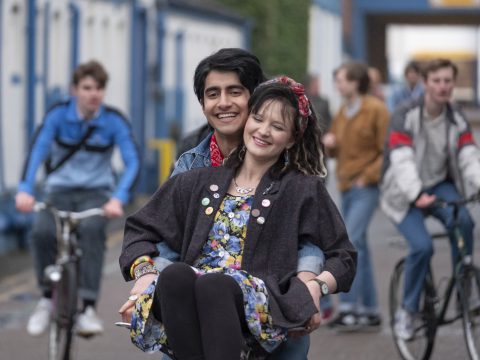 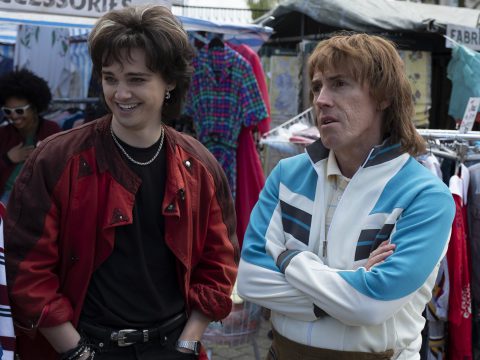 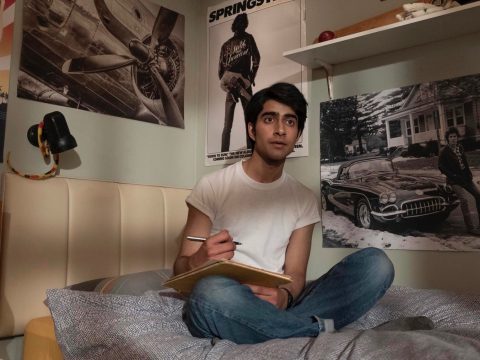 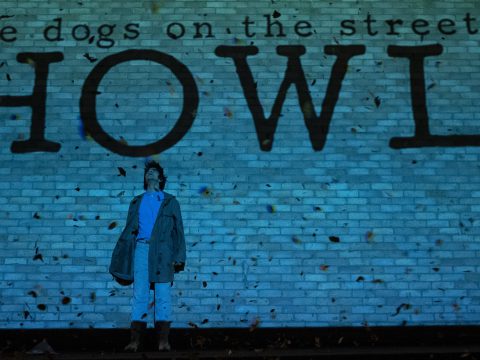 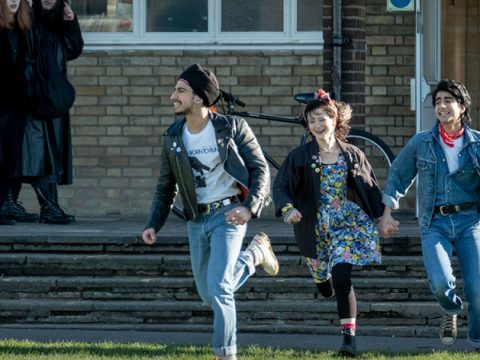