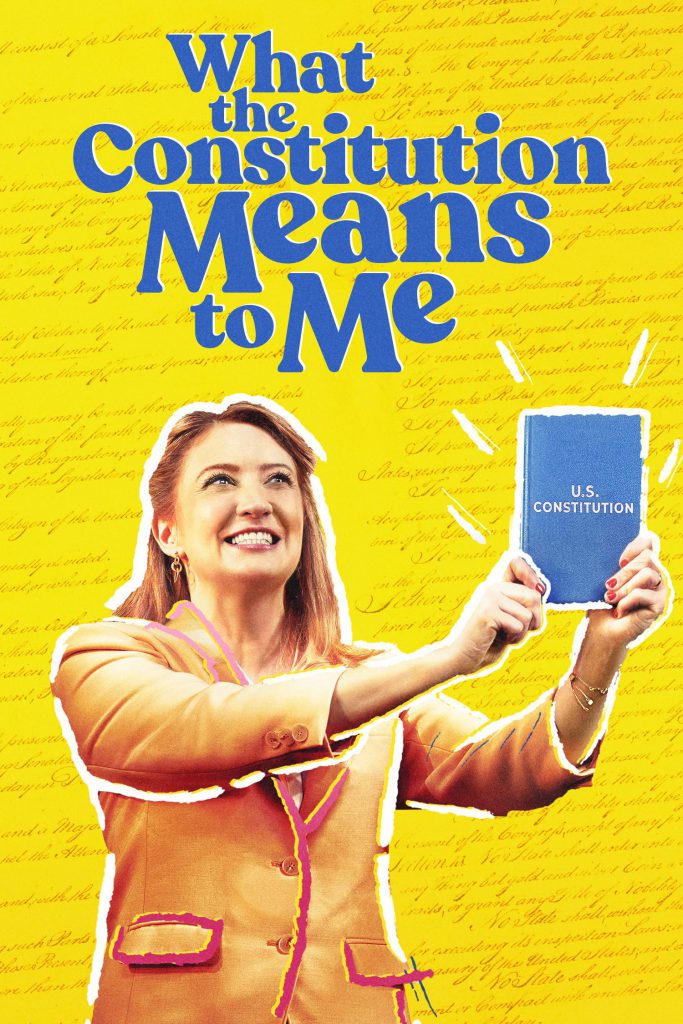 WHAT THE CONSTITUTION MEANS TO ME

(An aside. While watching What the Constitution Means to Me, I thought about the new film The Trial of the Chicago 7 (Netflix), also a political film that I saw immediately before this one.  The Trial of the Chicago 7 is a fine three or a four-star movie.  It is about the leaders of the protests during the 1968 riots at the Democratic National Convention.  Some of these protesters wanted a revolution; others wanted to stop the Vietnam War.  The Chicago 7 film made me angry, sad, and disappointed in the protesters and the government.  Racism and biases have not changed much since the ’60s.) 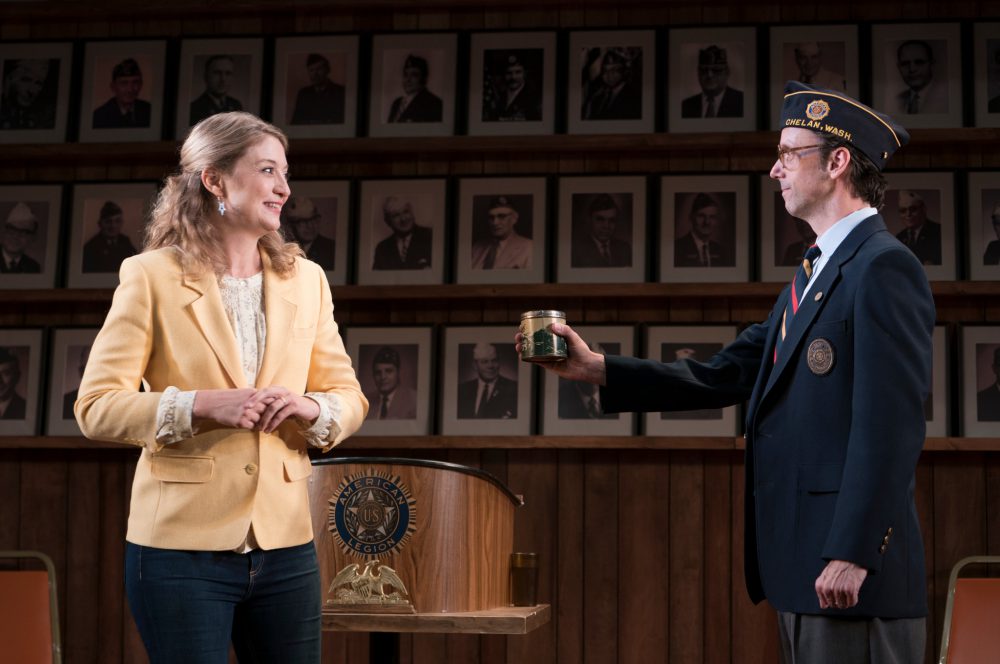 Tony-nominated Heidi Schreck (Playwright and TV Writer) wrote and is starring in What the Constitution Means to Me.  When she was 15-years old, Heidi participated in Constitution oratory contests that won her enough money to pay for college.  This play/film is set at one of these contests in an American Legion Hall in Wenatchee, Washington, a small city in Eastern Washington, where she was born.  She spends the first 37 minutes of the film as a 15-year old in a 40-something body to show how the contest works.

Then the magic begins.  Heidi explains the Constitution using heartbreaking examples from her life and three generations of her family’s history.  The adventure starts with thoughts of Patrick Swayze and the movie Dirty Dancing.  Then the Constitution’s penumbra becomes a new phrase.  Heidi then travels through several personal stories that she uses to examine the Constitution’s effectiveness.  Women’s rights, gay rights, domestic abuse, abortions, the Supreme Court, the Civil Rights movement, positive and negative rights, immigration are all included.  Each topic is complete with humor and sincerity.

The finale is a Parliamentary style debate with a high school debater (Rosdely Ciprian).  The Chicago 7 protestors would have gotten fired up at this point in the film.  There is also a “Utility Player” on the stage (Mike Iveson, in the upcoming West Side Story) playing various roles to compliment Heidi. 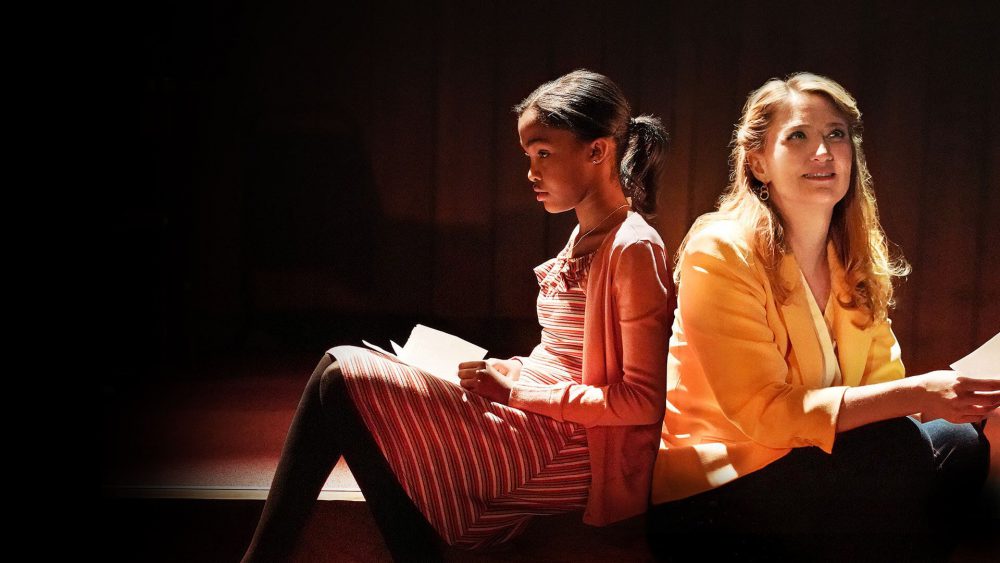 What the Constitution Means to Me is a genuine, sincere, funny, and instructive semi-autobiographical play/film that will keep you entertained.  Heidi Schreck is excellent at maintaining a high energy level throughout. She effortlessly goes from sarcastic, to sincere, to tears.  If Heidi did her job right (or if you listen), you will look at the Constitution in a new light and ponder what comes next – and you will vote. 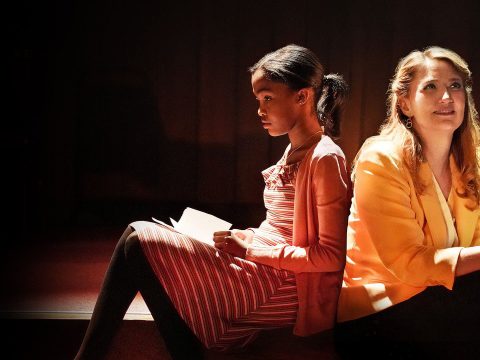 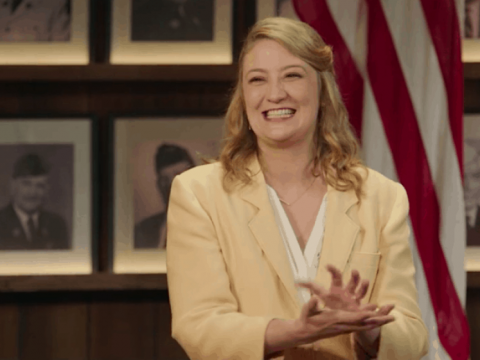 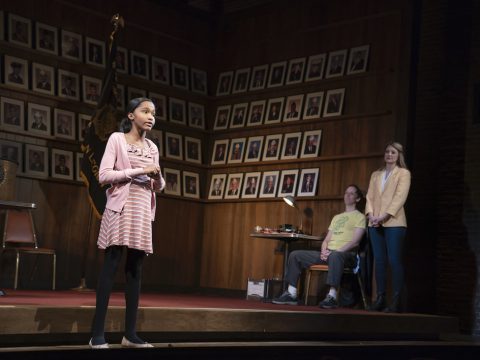 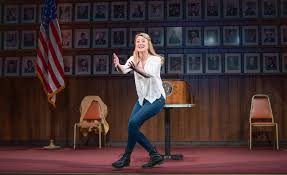 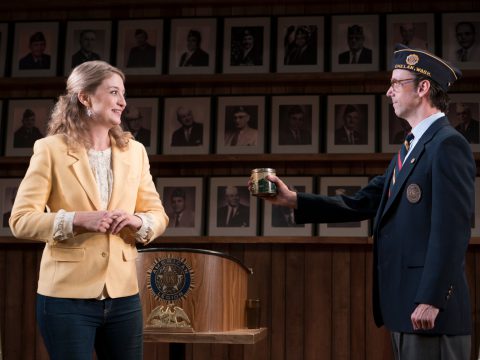 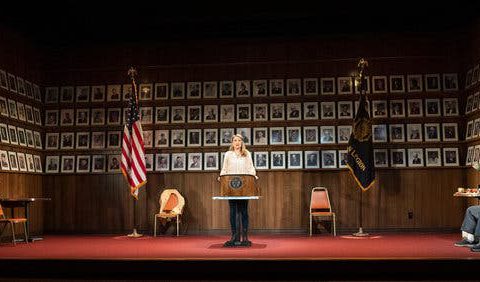