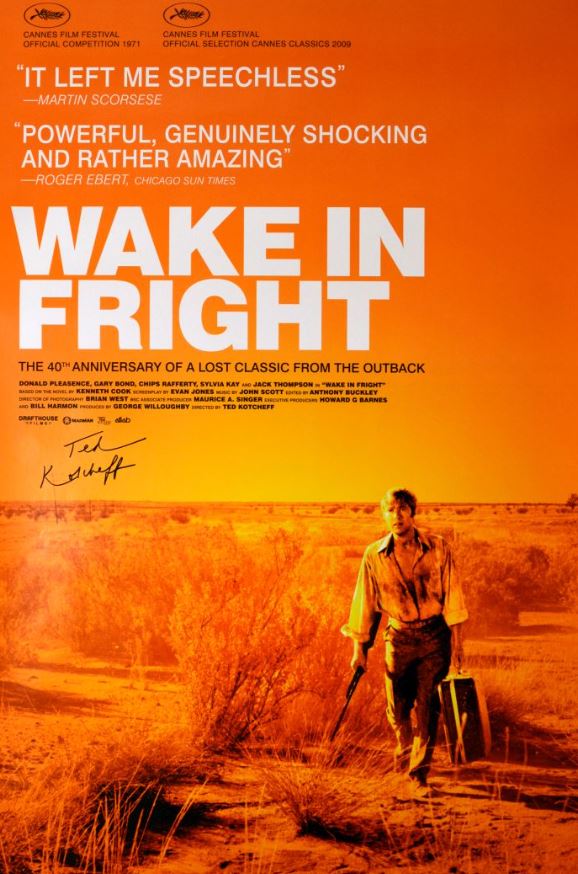 Wake in Fright begins in a tiny and remote township in the Australian outback called Tiboonda.   John Grant (Gary Bond) a teacher, reluctantly must work in Tiboonda for two years to pay back government student loans.  Going on holiday, John Grant must spend a night in Bundanyabba (Yabba to the locals) to get the morning train to Sidney to see his girlfriend.  His plans go awry when he gets sidetracked in the outback town of Bundanyabba.

This psychological thriller film is very unsettling to watch as this teacher spirals downward in about a week’s time due to no fault but his own. Very gritty film with constant sweating, flies, men laughing and yelling, drinking and shooting guns. 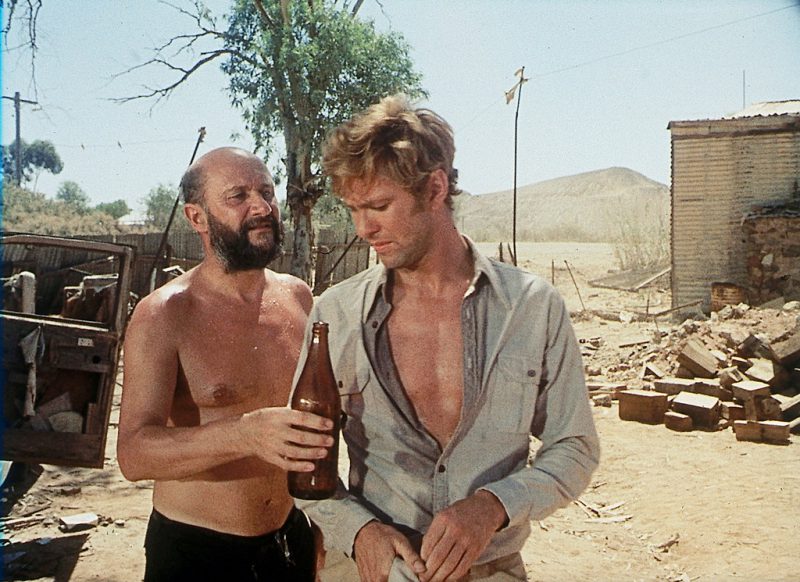 Wake in Fright is a very difficult to watch, yet it is kind of amazing.  This film shows a real kangaroo hunt filled with laughter, drinking and death. The kangaroo hunt was shown in its entirety to illustrate the horrors of hunting endangered kangaroos (at least endangered in 1970’s). 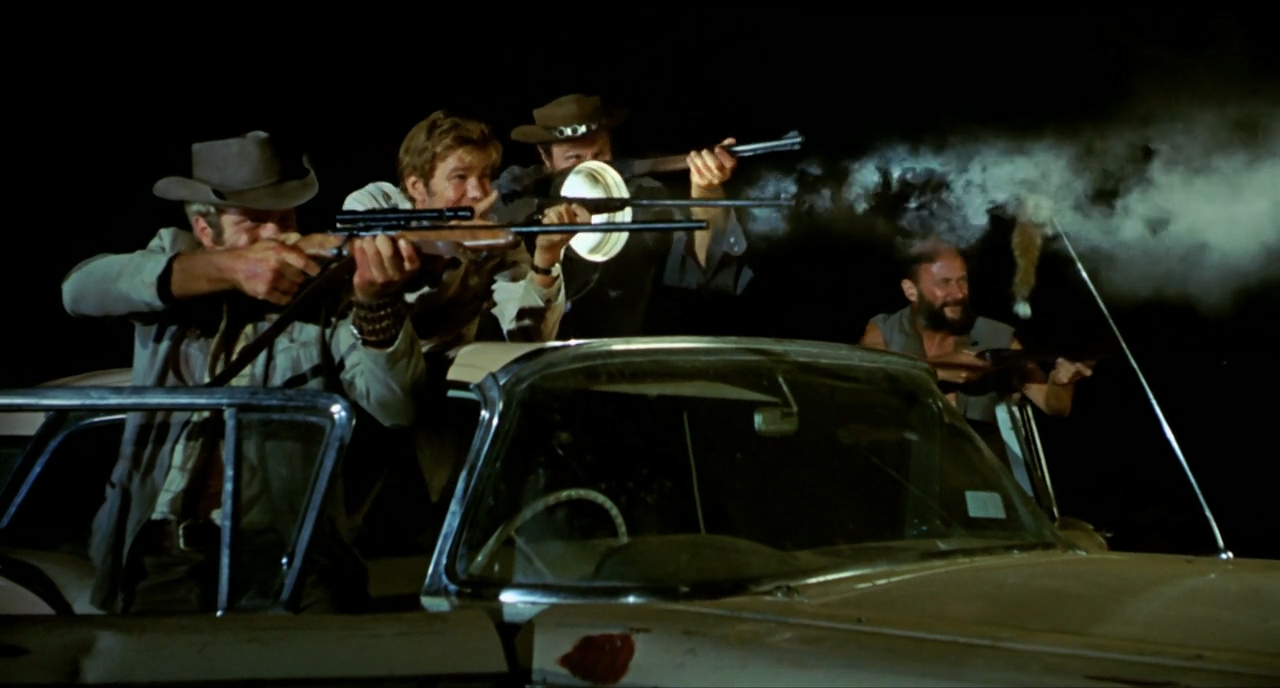 Everybody seemed evil and suspect in this film – but their only fault – they live in the Outback.

Supposedly Wake in Fright is an important film in Australian film industry and an almost 50-year old cult classic – but mainly you can’t take your eyes off a quickly unfolding moral disaster on many levels mainly because this Teacher gets sidetracked in Bundanyabba. Based on a book of the same name authored by Kenneth Cook. 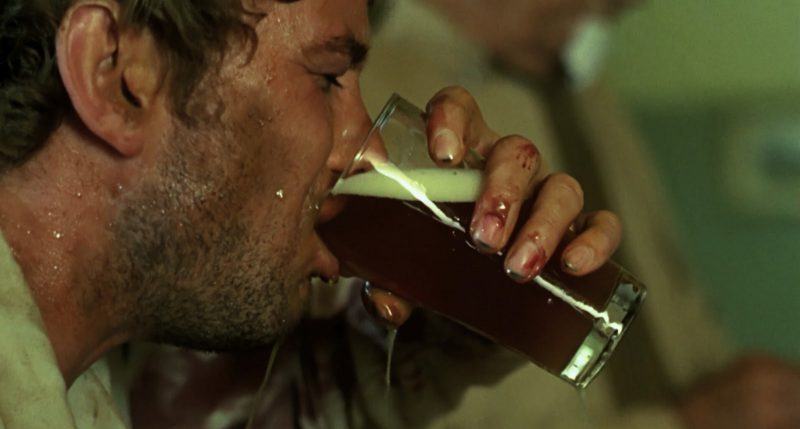 The Biggest Spoiler: The Ending
After killing a kangaroo during a very drunken night, John Grant tries to leave town but the truck he thought was bringing him to Sidney brought him back to Bundanyabba. In an alcoholic despair to tries to kill the alcoholic Doc he was staying with but instead decides to shoot himself in the head and fails. After John Grant spends some time in a hospital he returns to Tiboonda to resume teaching. 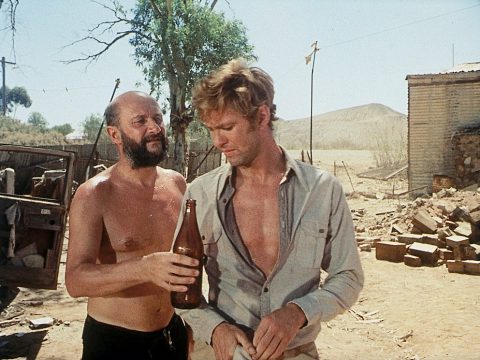 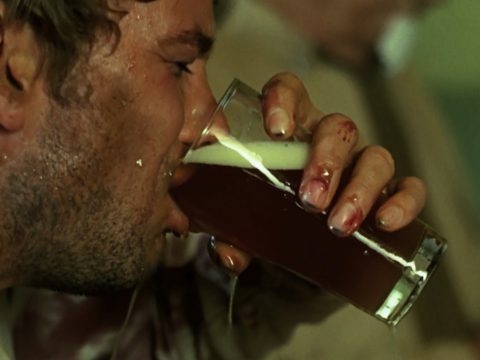 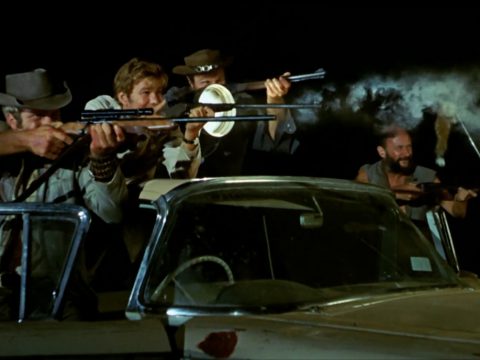 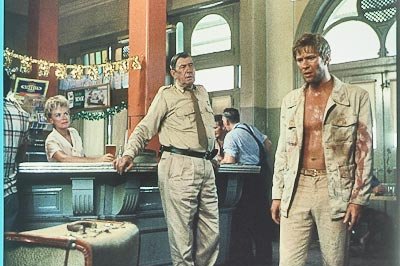 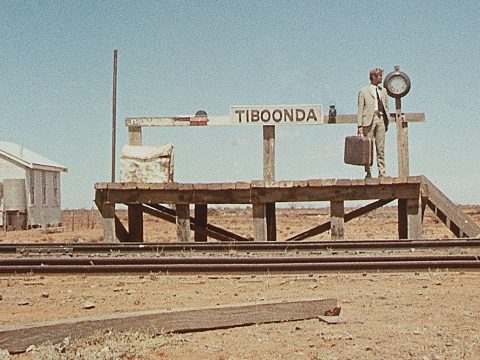