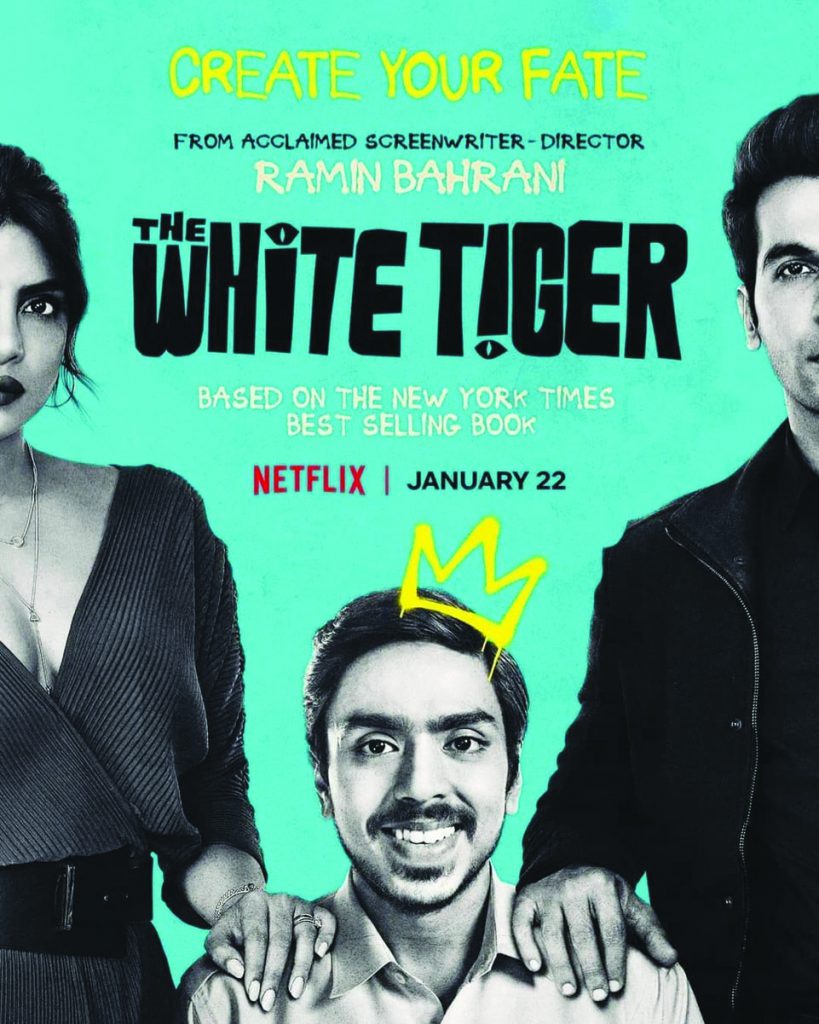 The White Tiger is a rags-to-riches story of a Low Caste Indian boy.  The main protagonist Balram (Adarsh Gourav) tells the story as he writes an email to the Chinese Premier explaining his life. Balram wants to show by his example that India is full of Entrepreneurs that can help China. “India and China are the tomorrow; America is so yesterday.”  Available on Netflix. Most of the film is in English, and the film has good music.

“The greatest thing to come out of India … is the Rooster Coop. The roosters in the coop see and smell the blood of their own being slaughtered. They know they are next.  Yet, they don’t rebel. They don’t try to get out of the coop. Servants in India have been raised to behave the same way.  99.9% of servants are caught in the rooster coop.”

The above quote is from Balram explaining the life of a servant in India.  The White Tiger is the one who gets out of the rooster coop. 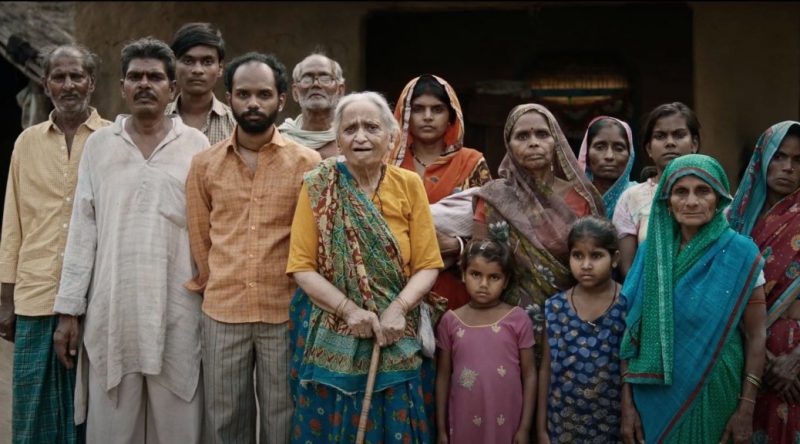 The story begins in the “Dark” part of India, Laxmangarth, a village with no electricity.  The first part of the film shows the rise of Balram as he becomes a servant Driver to a wealthy family that was once landlords of his village.  The first portion is like a documentary.  You get a crash course in India. You learn about the castes, the religion, and the Master v. Servant relationship.

The film then moves to Balram’s life with his Master, Askok (Rajkummar Rao), and his wife, Pinky (Priyanka Chopra Jonas), the liberal Brooklynite trying to cope with India.  About halfway through the movie, Balram begins to see the corrupt underbelly of his employer.  Balram starts to get angry and begins to use the system.

Then begins the dark half of the movie that shows how a servant can get out of the Rooster Coop.

Balram delivers an excellent narrative throughout The White Tiger.  Some may think the narrative is too extensive, but the narrative complements the story and helps explain this foreign system and foreign thinking to Americans.

Priyanka Chopra Jonas stands out because she is the only compassionate one in the movie.  She also is excellent at being an open-minded wife struggling with a system of servitude.  Priyanka is a good reason to watch this film even though she has a minor role. 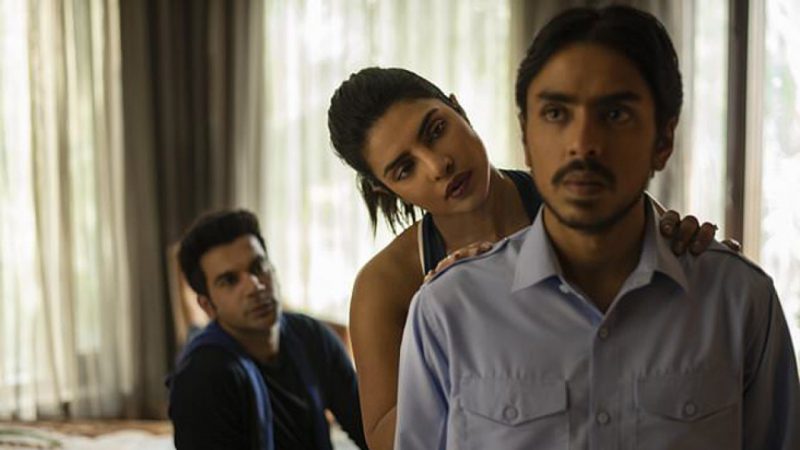 I do not know if the premise of the movie is valid. However, The White Tiger is an engaging rags-to-riches story that is entertaining and, at the same time, disturbingly poignant. An excellent movie to watch on several levels that may require some discussion about right and wrong at the end. 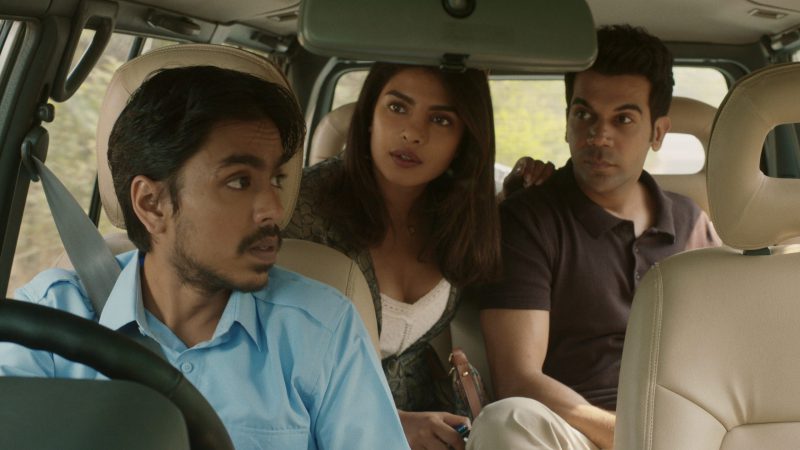 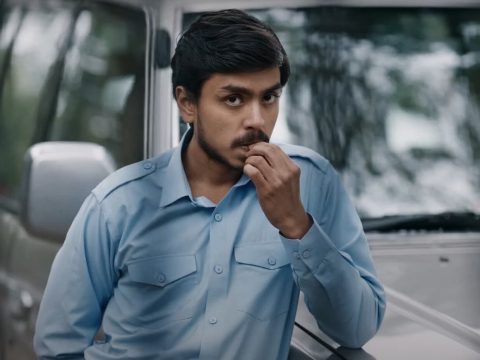 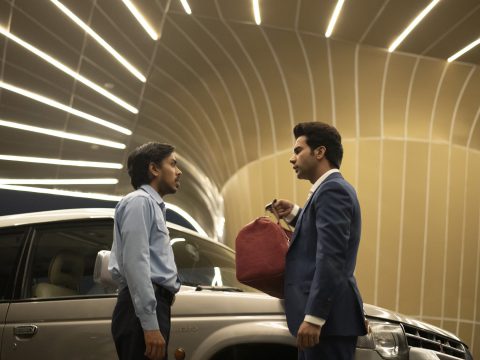 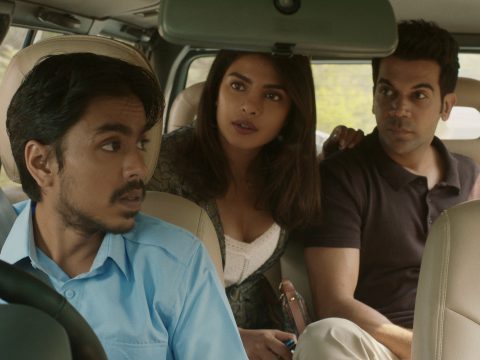 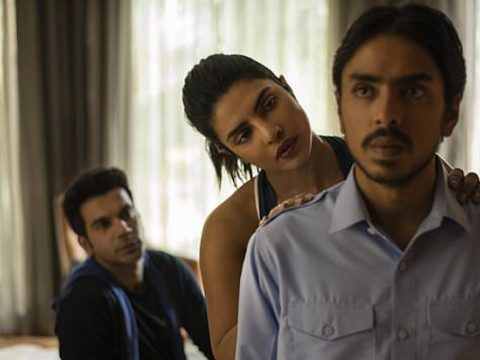 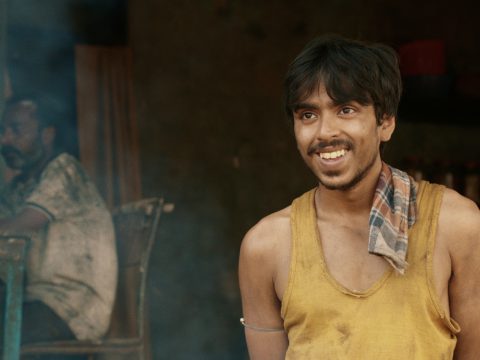 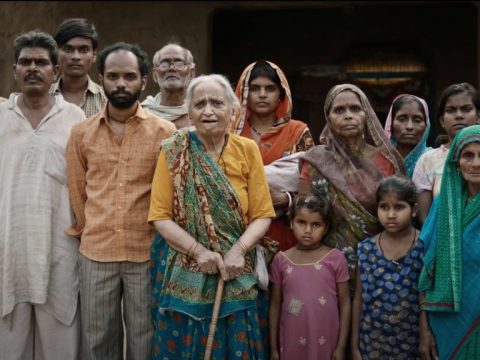 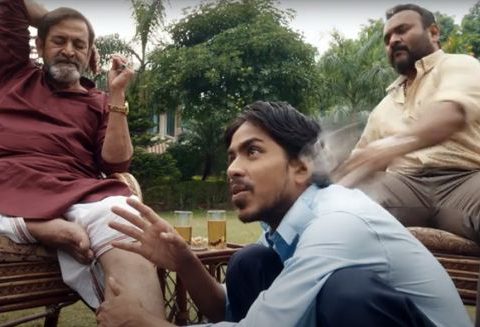