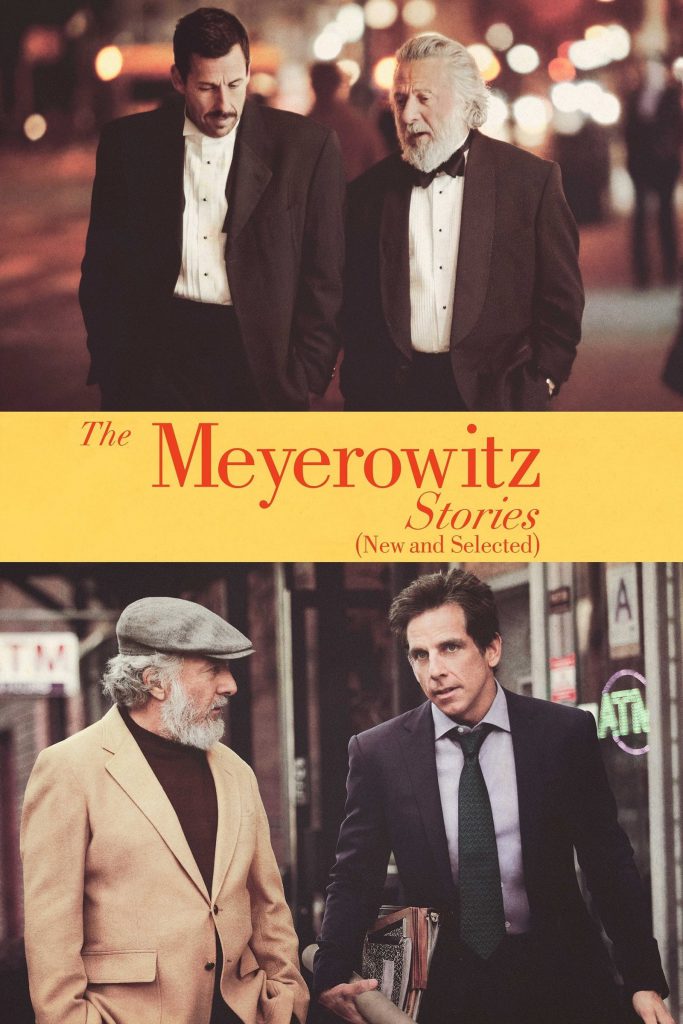 THE MEYEROWITZ STORIES (NEW AND SELECTED)

Written and directed by Noah Baumbach (Frances Ha) who, in this case, writes the type of movie I call, “A couple of days in the life of….” In this case, the three children of Harold Meyerowitz (Dustin Hoffman) – a retire Bard College art professor, who is always bitter about not being a more renowned sculptor, and a nearly lovable, but acerbic, elitist snob who almost never has a good word to say to anyone – come together over a period of several months for various family events & duties in Manhattan and Red Hook, New York (100 miles north of NYC). The children, Ben Stiller, Adam Sandler, and Elizabeth Marvel (Matthew, Danny, and Jean) all have issues. Their issues arise from being reared by a not-at-all good, narcissistic Dad.  The kids struggle with the notion, “Is he a genius or a prick?” 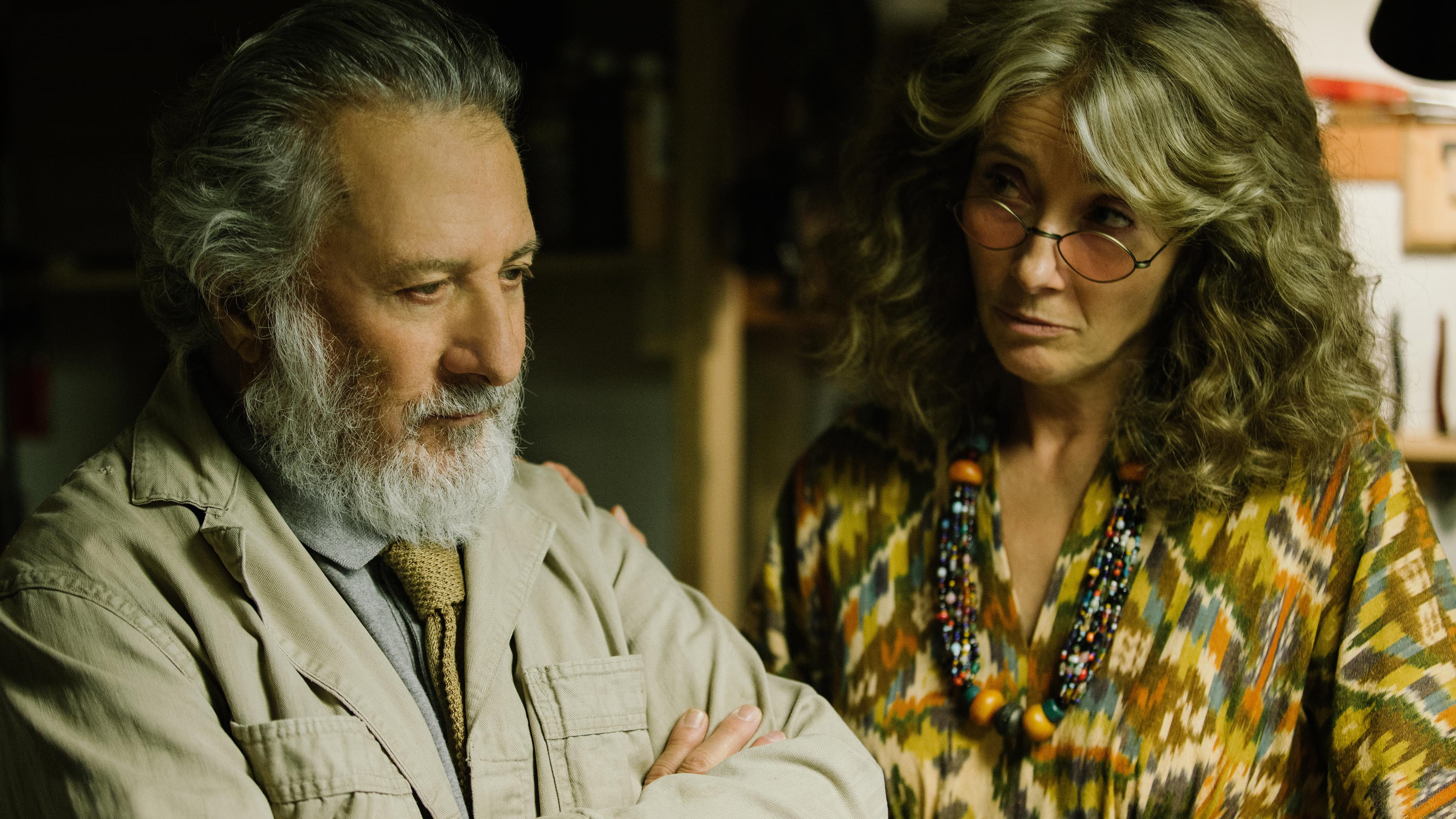 Ben Stiller & Adam Sandler supply enough subtle humor, mannerisms, along with excellent serious acting to prevent this film – and the viewer – from plummeting into depression. The story is intelligent, touching and amusing in places.

The acting is stellar, something most people don’t expect from a film with Ben Stiller & Adam Sandler.  The actors include: Harold’s recovering alcoholic but always drunk current wife Emma Thompson; the genuine Judd Hirsch as the more successful sculptor; and the speaking bluntly Candice Bergen as the second or third wife depending upon the legalities.  Finally, Grace Van Patten is fun as Danny’s daughter, Eliza – who attends Bard college – and makes provocative “hard -R” films such as “Pagina-Man.” 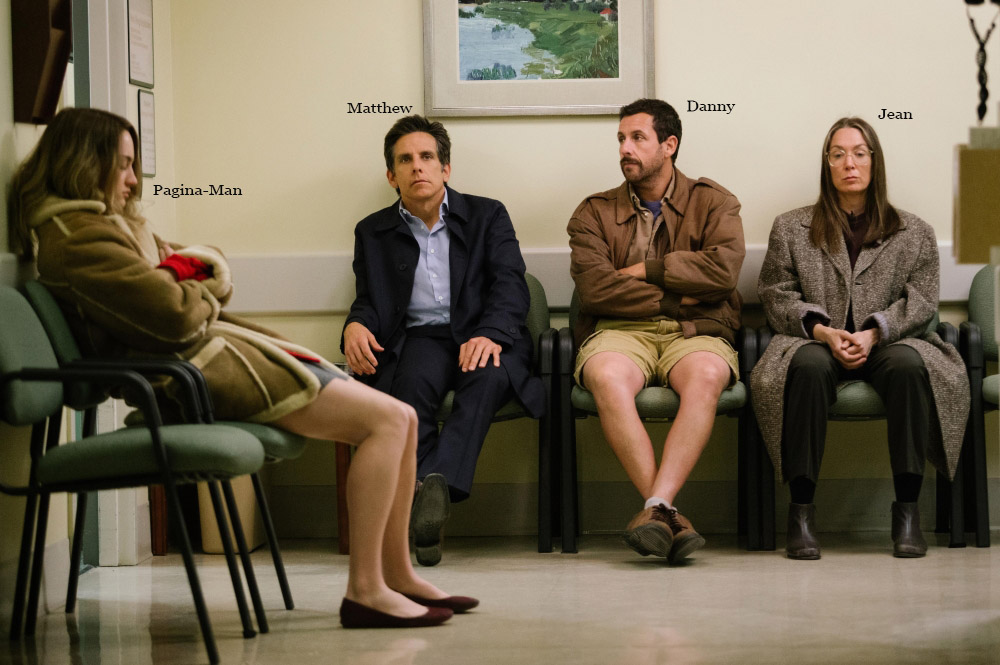 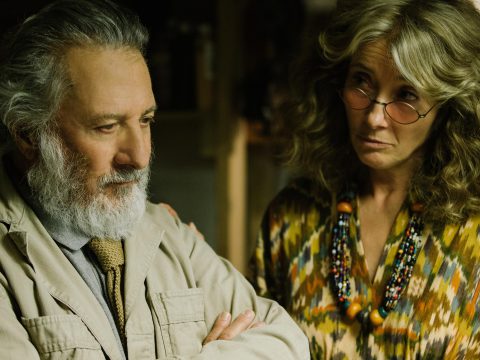 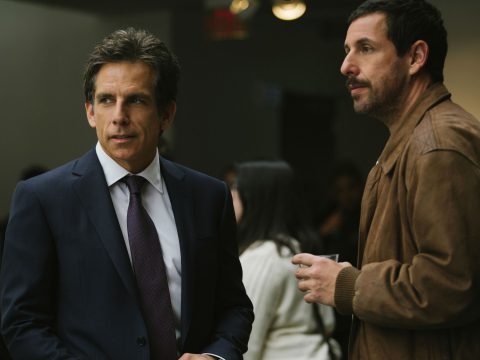 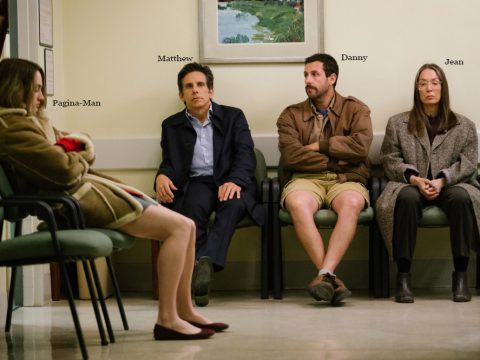