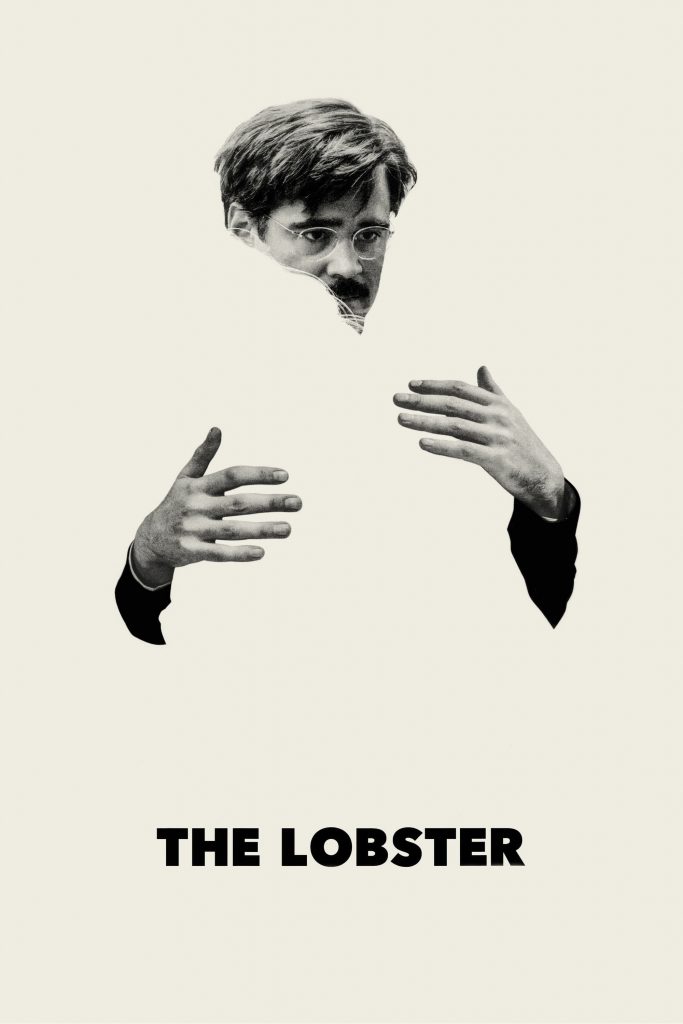 Almost gave up on The Lobster since it is so offbeat, quirky and purposely oddly acted. But this is a piece of art co-written and directed by the typically offbeat Yorgos Lanthimos. Mr. Lanthimos most likely invested years worth of effort into writing, planning and directing this film so the least I can do is watch it to completion and enjoy his odd world.

Just a Summary, Not a Review:

Two societies are created in this post Trumpian world (another way to say dystopian). Both worlds are purposely sexually repressed, but for two very different reasons. It appears in the mainstream, ruling society it is unacceptable to be a single person. The ruling body portrays being single as dangerous to your health. A single person is more likely to be set upon by thugs or choke on food and die alone. So when the main protagonist, David (Colin Farrell), is suddenly abandoned by his wife he must set out and find a mate. The singles Hotel (Concentration Camp) he attends demands you meet a mate that has something in common with you within 45 days. The Hotel turns you into an animal of your choosing if you cannot find a mate. David’s chooses to be a lobster. 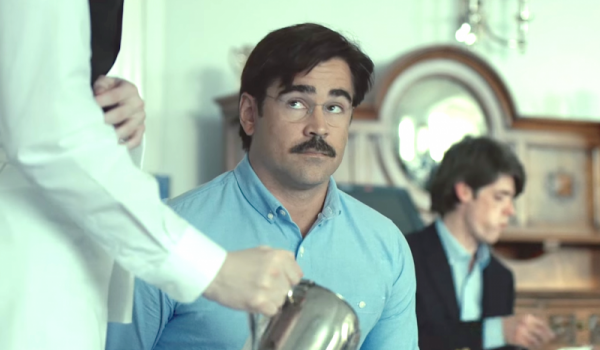 To extend your stay you use tranquilizer guns to hunt “Loners.” Losers are those in the other society that have escaped the mainstream world and live as single people in the woods. Bring in a stunned Loner – get one extra day to find a mate.

David does find a mate, but with the common characteristic being heartlessness and no regard for the mate’s health & safety, the relationship does not last long. He escapes the Hotel (Concentration Camp) to find the Loners.

The sexually repressed Loners have no belongings. They wear rain ponchos. Loners listen to electronic music using earbuds. Their society punishes the Loners if they mate or do anything sexual. The only good part in the loner world, David meets the “near-sighted woman” (Rachel Weisz, Disobedience). Rachel Weisz also narrates the movie. 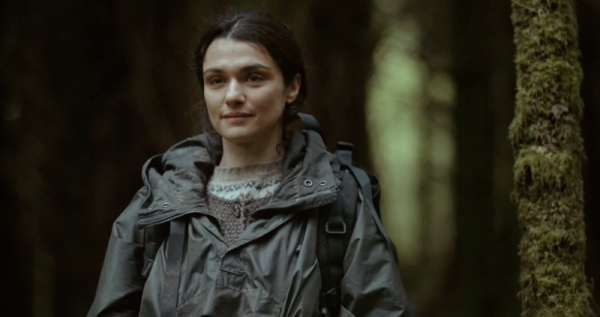 The short-sighted woman and David (also short sighted) fall in love and have a secret love affair mainly using hand signals. The story of their love continues to the ambiguous ending with enough intrigue and backstabbing and revenge to make it all worth while. The ambiguous ending is not that ambiguous, but without Mr. Lanthimos writing that last line – “Then David leaves the bathroom and he ….” – you don’t know for sure what happened but can easily conjure a few different endings. Eventually, you get accustom to the monotone, innocent/autistic way David speaks, the seemingly constant violin music, and the slow pace. Eventually, you begin to care about some of the characters and grow to hate others, an interesting experience. 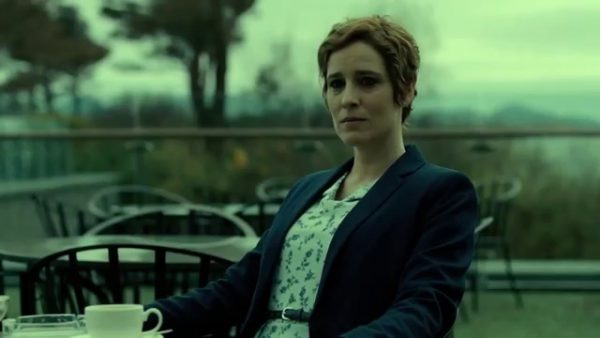 Biggest Spoiler: The Ending
David’s (Colin Farrell) heartless mate  that he found at the singles Hotel/Concentration Camp for some unknown reason kills David’s dog. The dog is really his brother who could not find a mate. David shows emotion, he is not really heartless, and the truly heartless mate is going to turn him in. David then escapes to the woods and finds the Loners. There he finds Rachel Weisz, the short-sighted woman and they fall in love. They try to hide their love affair by using hand signals, but they erupt into passion occasionally. The leader of the Loners then brings the short-sighted girl to an ophthalmologist to fix her eyes. Instead, the doctor intentionally blinds the short-sighted girl. David and now the blind woman (Rachel Weisz) escape the Loners and walk to the city. At a booth in a restaurant it’s decided that David should have similar characteristics – blind. Therefore, David goes into the bathroom to blind himself with a steak knife. He picks up the knife. Then the movie ends showing Rachel Weisz siting in the restaurant booth alone, waiting for David to return. Did he blind himself, did he leave her, is she really blind. Or did he blind himself and they took him to the hospital; no one will ever know because the writer did not write “Then David leaves the bathroom and he …..” 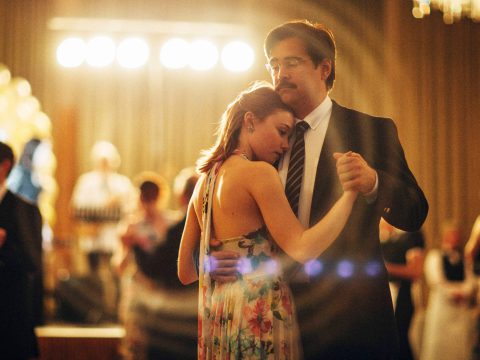 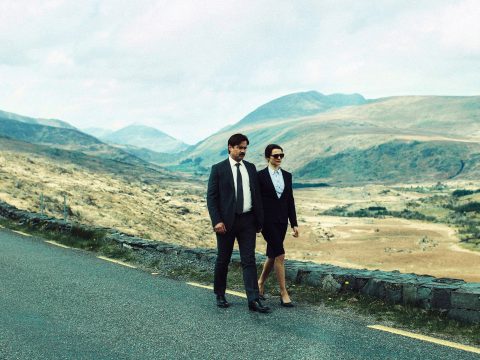 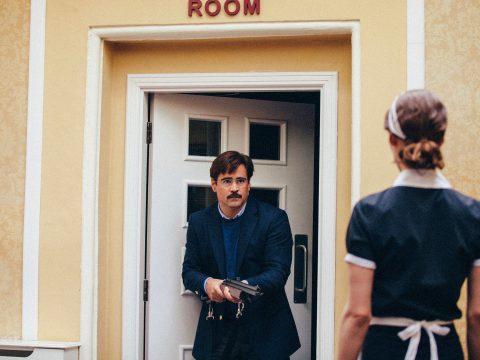 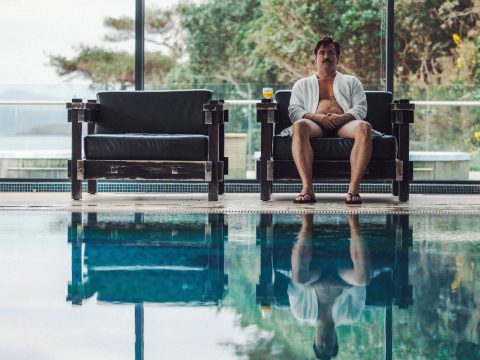 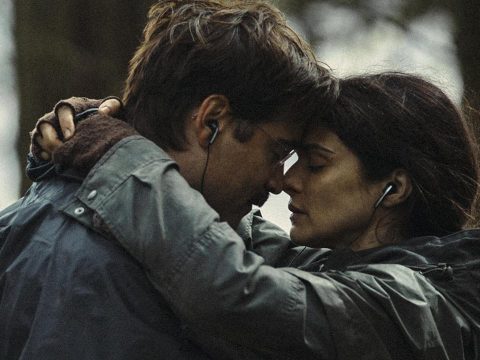 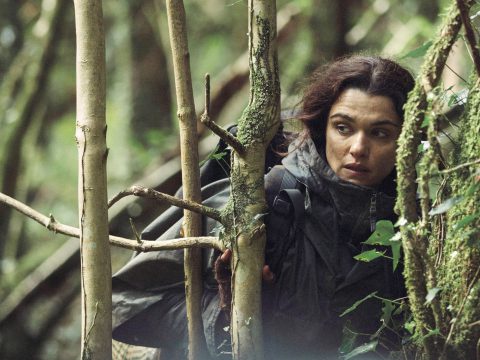 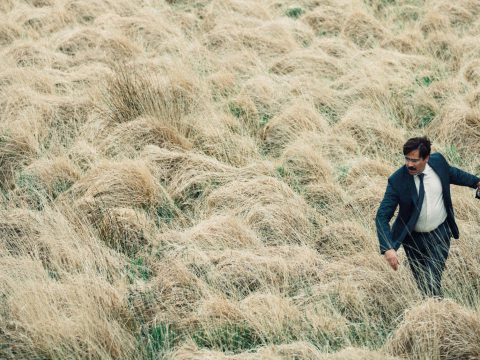 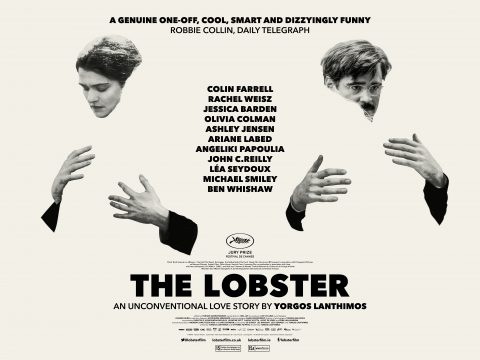 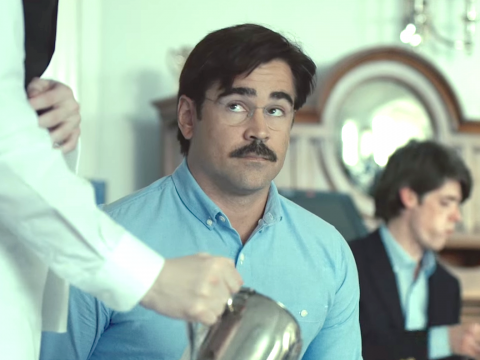 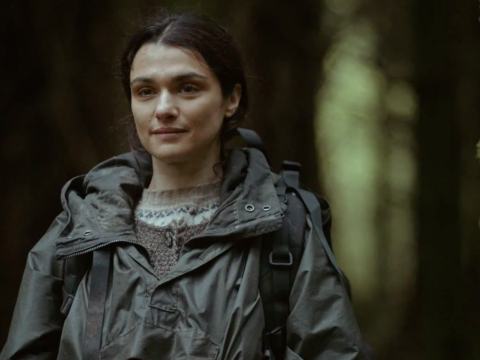 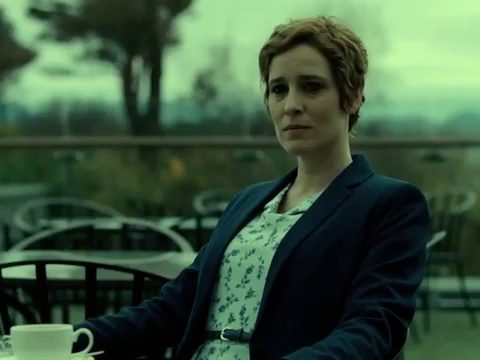