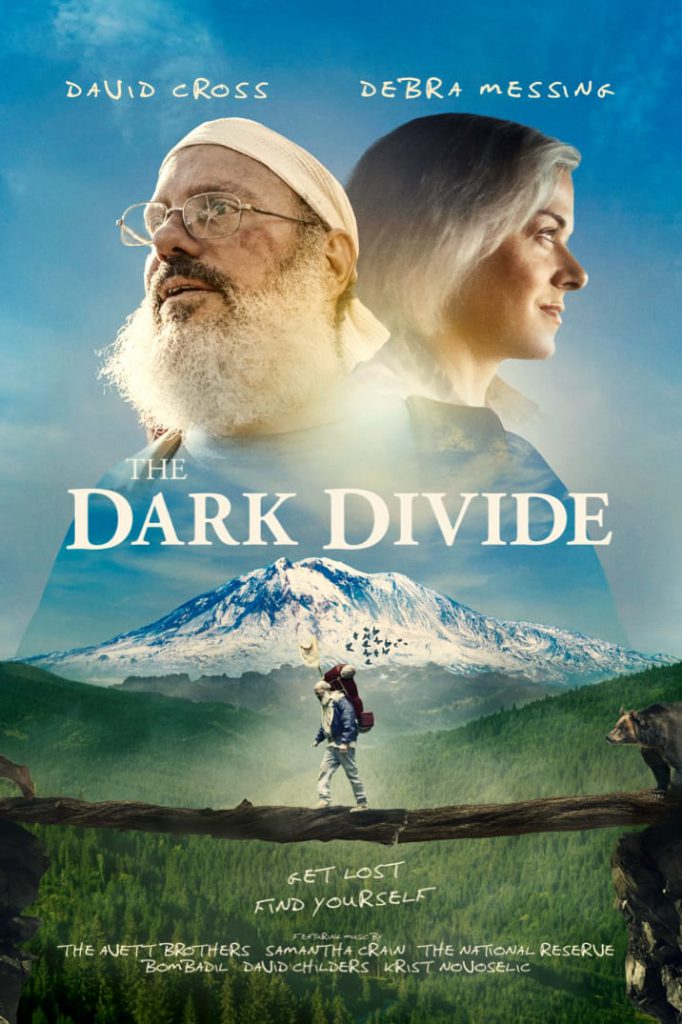 At first, I was distracted by the amateur backpacking and the bad science, but after I got over that, the drama, The Dark Divide, is a relatively satisfying story of self-discovery and moving on in life.  Sasquatch (Bigfoot) discussions and sightings add a little mysticism and wonder to the film.

The Dark Divide is a film loosely based on the book, Where Bigfoot Walks: Crossing the Dark Divide, by Robert Pyle.  In this film, Robert Pyle (John Cross, Arrested Development) is a lepidopterist (studies butterflies and moths).  Robert Pyle receives a grant to spend 30 days hiking through the Gifford Pinchot National Forest in Washington State logging butterfly sightings.  No, that’s not all, there is more.  This trek begins after his wife, Thea Linnaea Pyle (Debra Messing, Will & Grace), loses her battle with ovarian cancer. 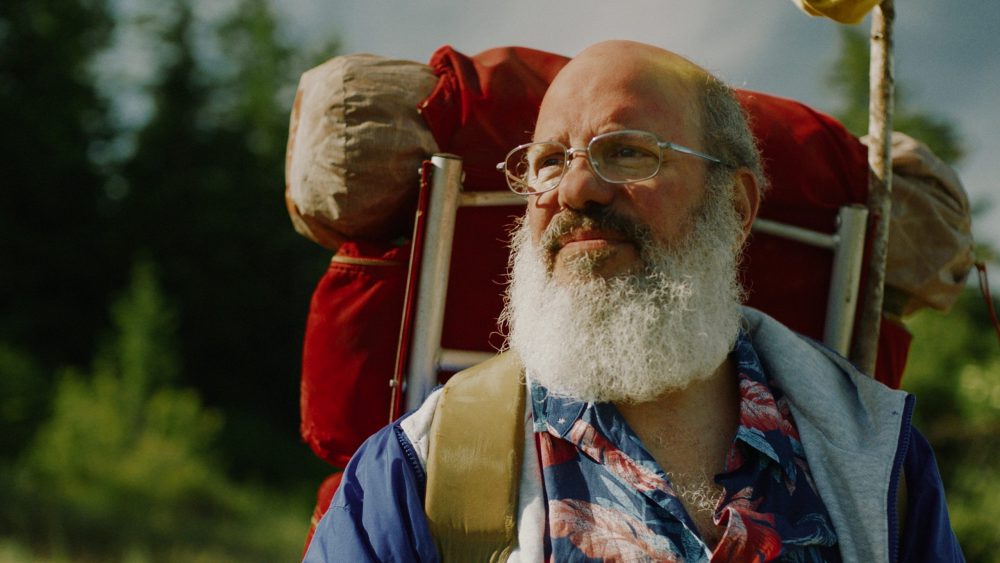 David Cross as Robert Pyle, the lepidopterist © − All right reserved.

As his amateur backpacking woes grow tiresome to the viewer, he begins to meet people on the trail.  The first is a Native American woman (Kimberly Guerrero), with a very drunk and obnoxious white husband played by David Koechner (Anchorman, The Office). They begin to introduce him to the legend of Bigfoot.  He also meets disgruntle loggers.  Their boss Densmore (Gary Farmer) gives him a lesson in Spotted Owl management versus loggers.  Forest Rangers also provide him with info.  These encounters are brief and keep the film moving quickly ahead.

By the end of the trail, the Robert Pyle character is slightly different.  In addition, the audience has some issues to consider. However, the issues are more relevant in the 1990s, when Robert Pyle actually hiked the Gifford Pinchot National Forest.

Most of The Dark Divide is a David Cross one-person show.  David Cross keeps your attention and entertains throughout.  His character changes and develops throughout the film, but the film ends before knowing how much he changed.  The only criticism – he spends way too much time in his whitey-tighty-briefs, why?  Backpackers always bring a second pair of pants.

The barely recognizable Debra Messing as Thea Linnaea is excellent in her fight with cancer.  Her performance is remarkable and is the high point of the acting.  During the film, flashbacks show their life together, so you see her performance throughout the movie.

The Gifford Pinchot National Forest and the Columbia River Gorge in Washington and Oregon is the film location.  Areas where all you have to do is point the camera, shoot, and the result is beautiful.  Nothing stands out as outstanding about the cinematography, but the area filmed is gorgeous. 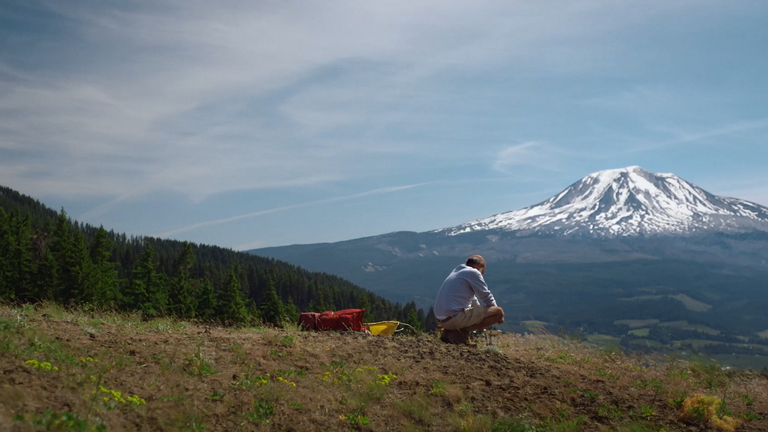 View of Mt. Adams from a clear cut in the Gifford Pinchot National Forest.

If you enjoy films about coming to terms with life that also include a little wonderment, the drama, The Dark Divide is a good film to see.

The film is available on Amazon Prime. 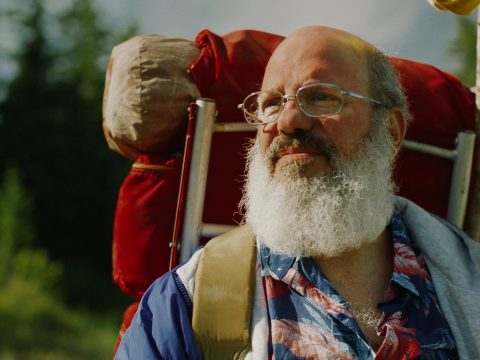 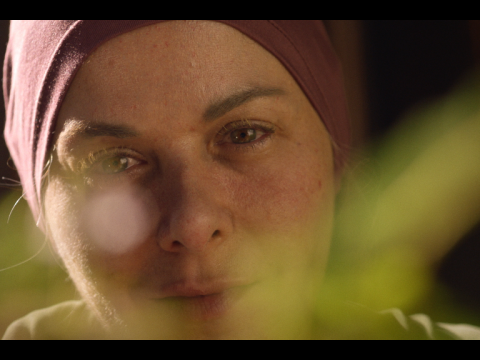 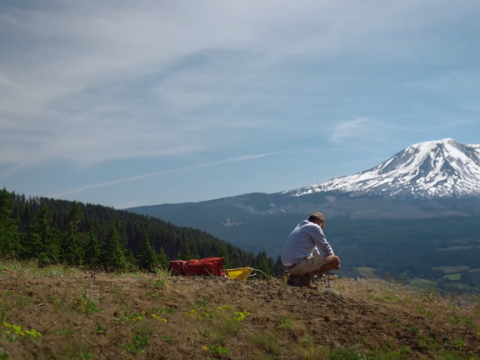 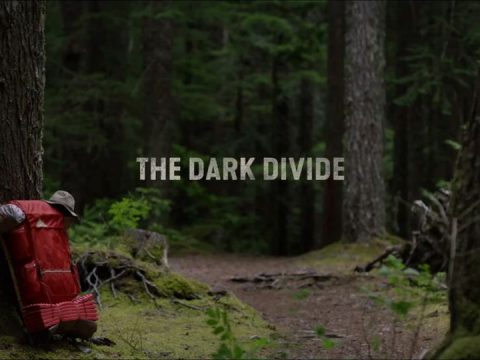 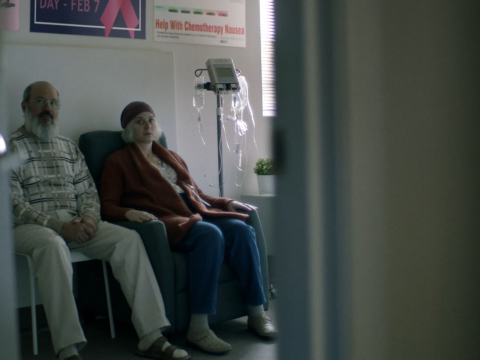 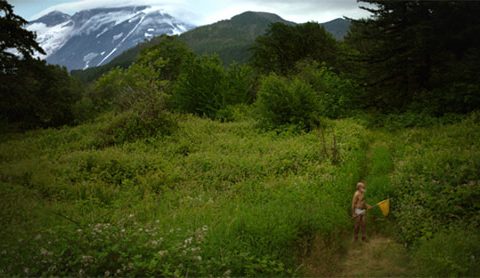