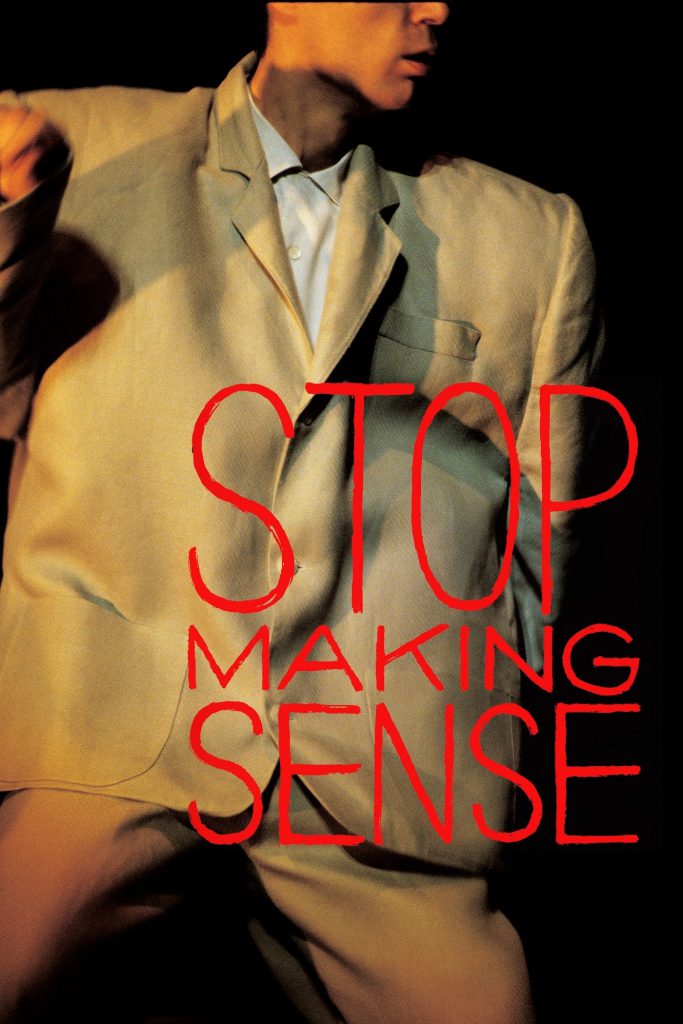 I’m not a concert movie fan, nor a big fan of the Talking Heads, but worldwide pandemics and a lot of free time make you do things you might not normally do, which can be good for you.   Stop Making Sense may sum up April 2020, but it’s also the name of the Talking Heads concert film shot in 1984.  Free to Amazon Prime Members.

The movie Stop Making Sense is footage from three different concerts the Talking Heads played in 1984.  I must admit I never watched this film all the way through without fast-forwarding in places.  But the first 31 minutes is the reason to watch.  Watch this movie through Life During Wartime (This Ain’t No Party… This Ain’t No Disco… This Ain’t No Foolin’ Around).  Don’t start fast-forwarding until after the aerobic exercise starts.  It’s an amazing and fun 31 minutes. 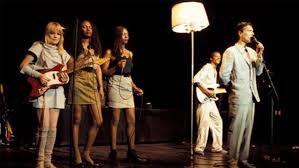 This Must Be The Place

After the First 31 Minutes:

The rest of the movie, the part after the first 31 minutes, is still an excellent and very watchable concert. 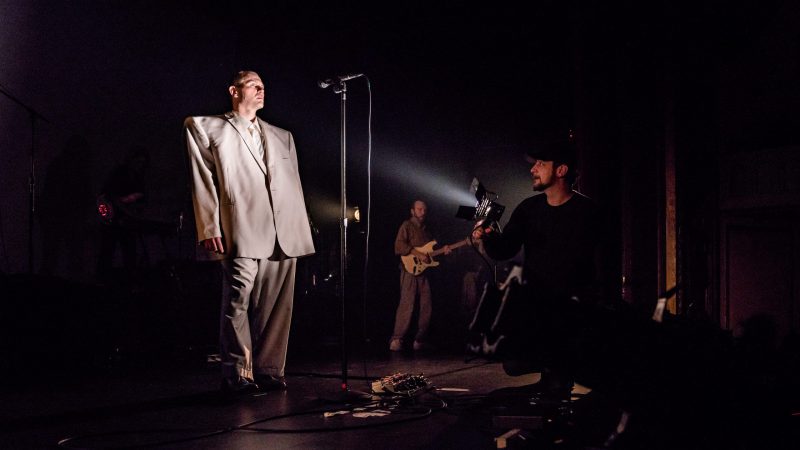 David Byrne is the creative genius in Talking Heads.  He is still making music as a solo artist.  American Utopia 2018 is his latest album, which he turned into a Broadway show.  I Dance Like This from American Utopia even made one of my playlists in 2020.  His other musical is 2005 Here Lies Love a disco opera about Imelda Marcos, that Filipino woman with the shoes. The Seattle Repertory Theater reworked their entire theater to host Here Lies Love. 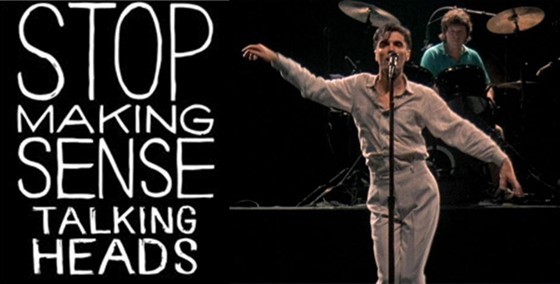 The First 31 Minutes
What about the first 31 minutes?  Stop Making Sense begins with just David Byrne, a guitar, and a boom box on an empty stage for the first song.  The bass player Tina Weymouth joins him on the second song.  Tina is one of the founding members of Talking Heads and is married to the drummer since 1977.  For the third song the drummer shows up, Chris Frantz.  The fourth member of the band shows up on the next song.  Then the curtain drops and five others come on stage and join the band.  With each song they slowly build the stage until they have all nine members.  After Life During Wartime (This Ain’t No Party… This Ain’t No Disco… This Ain’t No Foolin’ Around) it goes black for a few seconds, another concert starts, and I start fast-forwarding. 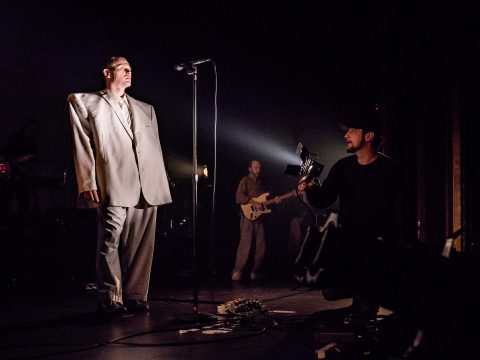 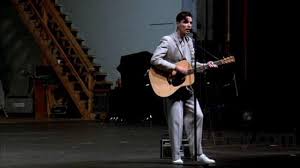 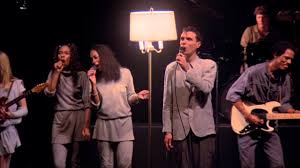 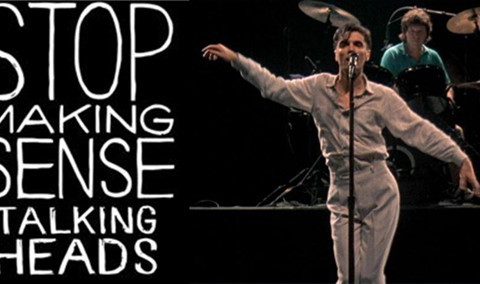 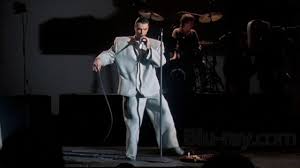