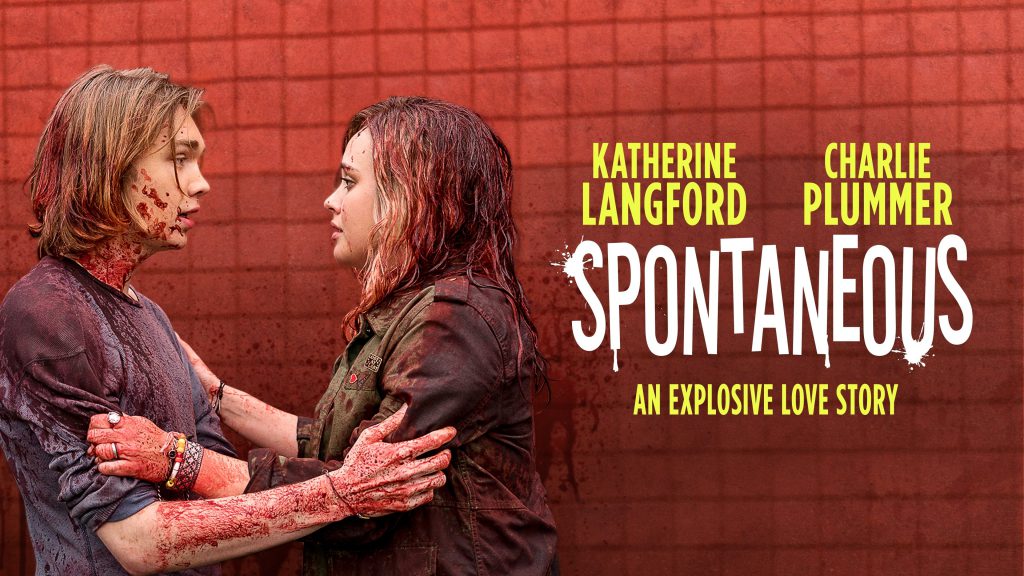 Spontaneous is a teen horror-comedy film, but I think it is more of a coming-of-age and romance film occurring under a unique set of circumstances.  Spontaneous is darkly funny and could have been even more poignant but went for sarcasm and profanity at the end.

The story originates from a 2016 Young Adult (YA) book of the same name by Aaron Starmer aimed at 14-year olds.  Unfortunately, few 14-year-olds will see Spontaneous in theaters due to the R-rating because of language (the main character Mara has a foul mouth), alcohol & drug use, and teenage bodies spontaneously blowing up with superb blood splatter.

Mara (Katherine Langford, Love Simon) is your typical teenager experiencing the near-universal angst of dealing with high school senior year.  However, one day in another boring class, a student explodes.  Blood soaks the students, panic ensues.  During the entire senior year, seniors randomly explode.  There is an investigation, quarantine, a drug is developed that might stop the exploding, and then the high school seniors return to school and try to have a “normal” senior year.  In all of this chaos, Mara meets Dylan (Charlie Plummer, Looking for Alaska), her first true love, and a well-written love story develops that complements the movie. 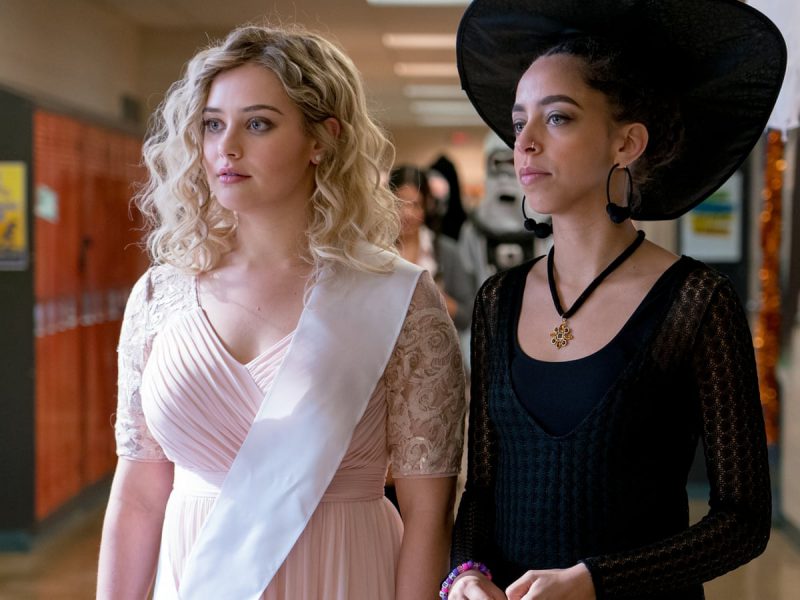 Mara and her best friend Tess

Spontaneous centers around Mara and her teen romance with Dylan and includes her best friend Tess (Hayley Law, Riverdale).  Tess and Mara struggle to remain best friends through all the exploding seniors.  The under-stress and confused parents Piper Perabo (Coyote Ugly) and Rob Huebel loosen the parenting laws and look shell-shocked most of the time. Mara making a red “All My Friends are Dead” Martini for her Dad sums it up nicely. 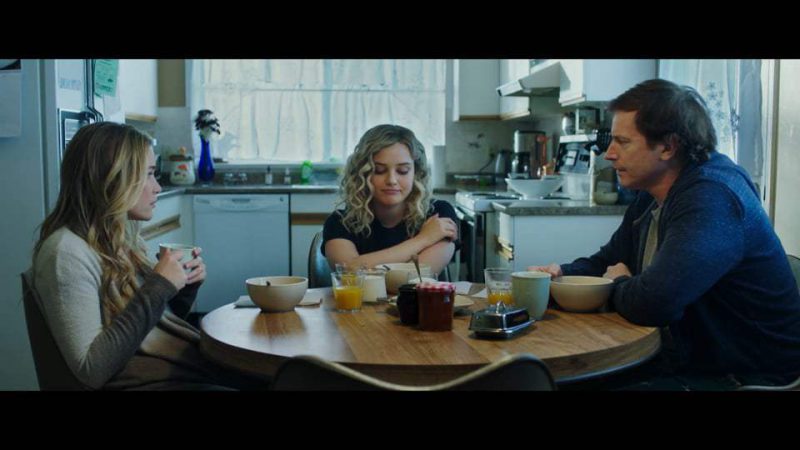 Mom and Dad with Mara

The setting and all the characters seem like typical suburban high schoolers.  Most middle-class teenagers can identify with or find familiarity with these kids.

There is one weak scene trying to show the heartlessness of the right-wing Evangelicals.  Although, it  appears most of the scene was cut from the movie.  But the crux of Spontaneous is not about societal issues, the focus stays on Mara and the teenagers and their struggles with loss of friends and fears of death.

Katherine Langford is excellent as a teenager trying to cope with literally dying at any moment.  The romance with Dylan appears genuine and natural and does add value to the story. Will this exploding “virus” kill Mara, break her down, or have her grow up? 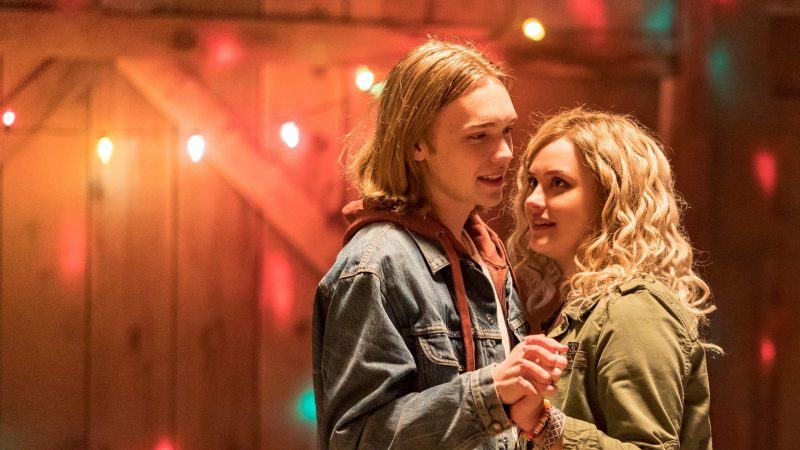 Spontaneous, a teen horror-comedy, coming-of-age romance film, is not too gory and tries hard to show the value of life.  After living through a year of a pandemic, ya’ll can handle a few exploding teens in a movie. 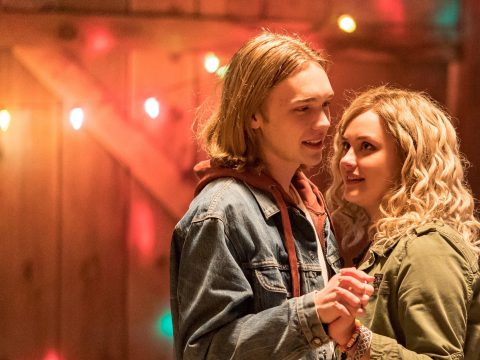 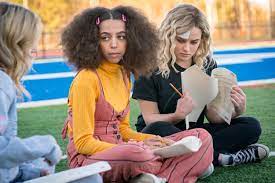 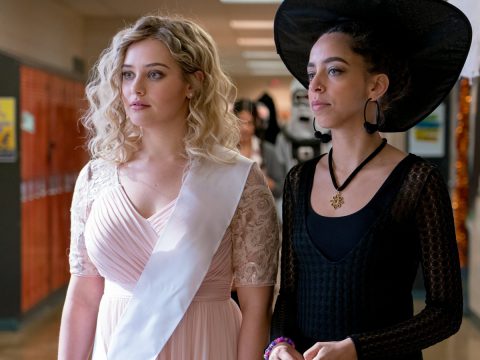 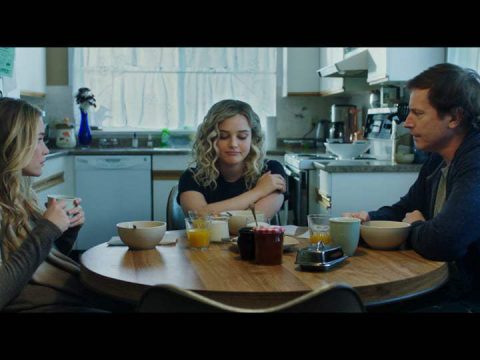