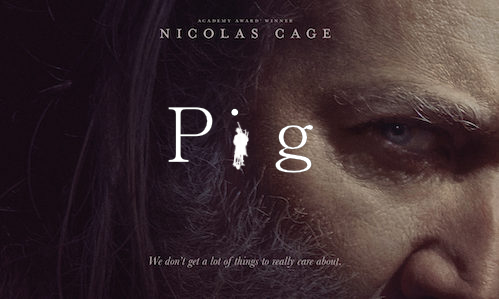 Don’t listen to college-aged adults for movie recommendations.  They told me Nicholas Cage “goes John Wick” in this Independent drama Pig (referring to the 2014 film John Wick).  Some of the official publicity for the film also wrongly compared Pig to John Wick.  At the onset of the drama Pig, everything points to Ron – who appears to be suffering from several undiagnosed mental health issues – seeking revenge via bloodshed for the theft of his beloved truffle pig.  There is anger, suspense, several layers of sadness, and revenge throughout the film. Although, payback occurs via unconventional methods.

Because of my false expectations about the drama Pig, I did not fully enjoy the movie the first time I streamed the Independent drama Pig. I was always waiting for something to happen that never happened.  The second time I watched Pig, it became pretty dull since basically nothing happens, and it is a slow-moving Independent movie with no significant ramifications, purpose, or truth.

Nicholas Cage has received high accolades for his acting in the drama Pig.  Cage did deliver his twenty of thirty lines of short dialogue with great anticipation.  However, this is just a film about someone looking for his pig in Portland, Oregon. While wearing the same dirty and self-inflicted bloody clothes the entire time.

Plot:  After his wife dies, the once-popular chef Rob (Nicholas Cage) retreats to the forests surrounding Portland, Oregon, to find and sell truffles with his truffle pig, Brandy.  Rob sells the truffles to Amir (Alex Wolff, Old), the disenfranchised son of Darius (Adam Arkin), a top restauranteur in Portland.  After Brandy the pig is stolen, Rob returns to Portland, reconnects with what appears to be his highly stressed and corrupt old friends in the restaurant business.  Rob discovers who stole his pig using a bit of sadomasochism in the restaurant workers’ fight club and humiliation of a former employee.  He eventually finds his pig using a little lamb.

Other critics look way too deeply into this film.  There is no deeper meaning about the repression and stress of restaurant workers.  Pig is about a professional chef who could not handle his beloved wife dying and becomes depressed and alone.

It would have been nice (and more profitable) to see Nicholas Cage go “John Wick” on the people who stole his pig. Unfortunately, this is the Indie alternative.  Instead, Rob is pleasant to the thieves and shows them he is deserving of his pig.  A novel concept, but it is not very fulfilling. 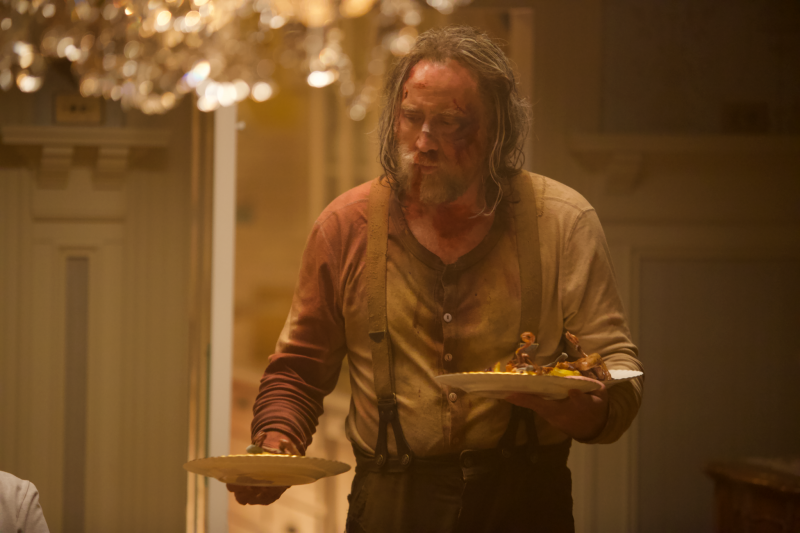 Rob getting his revenge.

This film is slow, but it is direct at what it intends to do.  Nicholas Cage says no frivolous words; but, when he speaks his few words, things change.  Pig has drama and tension building throughout and much anticipation, but Pig is not cathartic; the drama Pig goes nowhere.  A typical Independent movie let down ending. 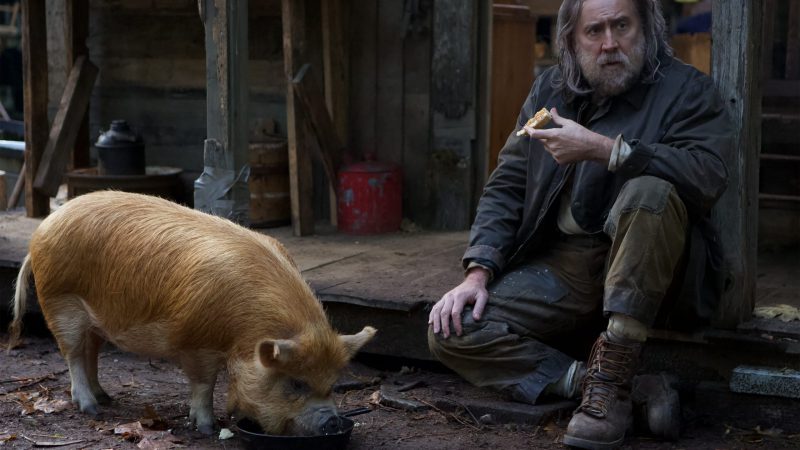 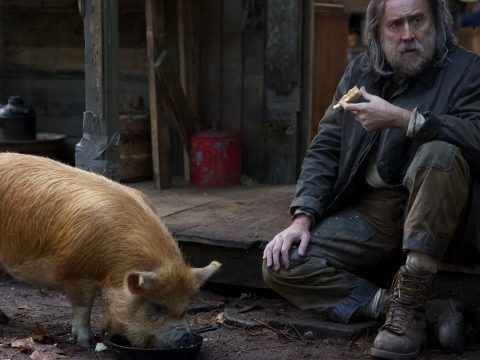 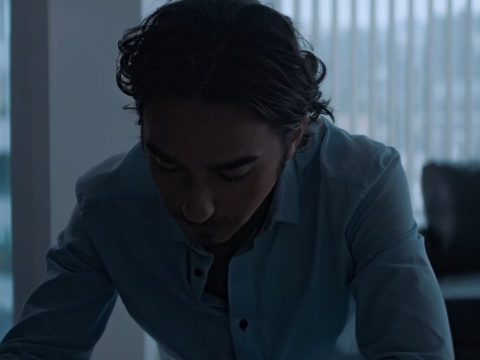 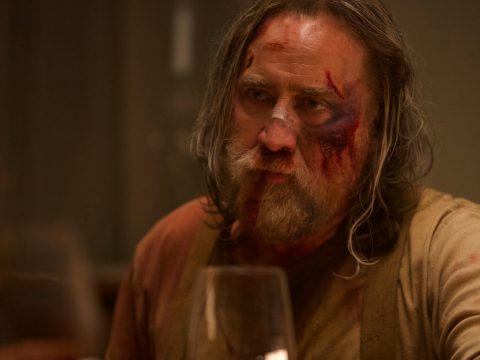 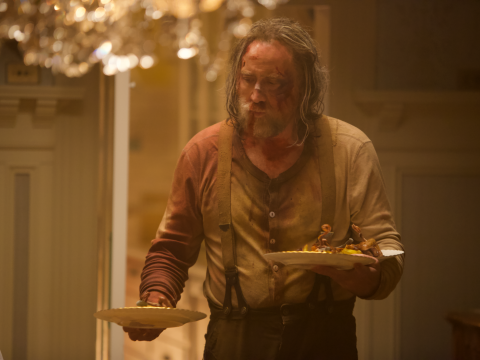 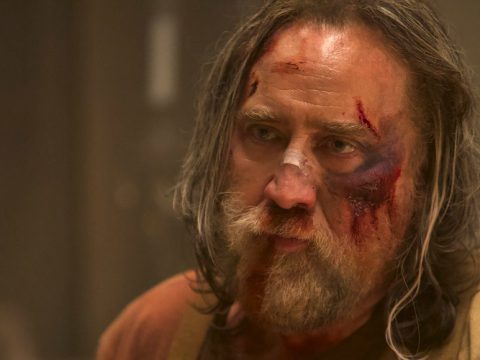