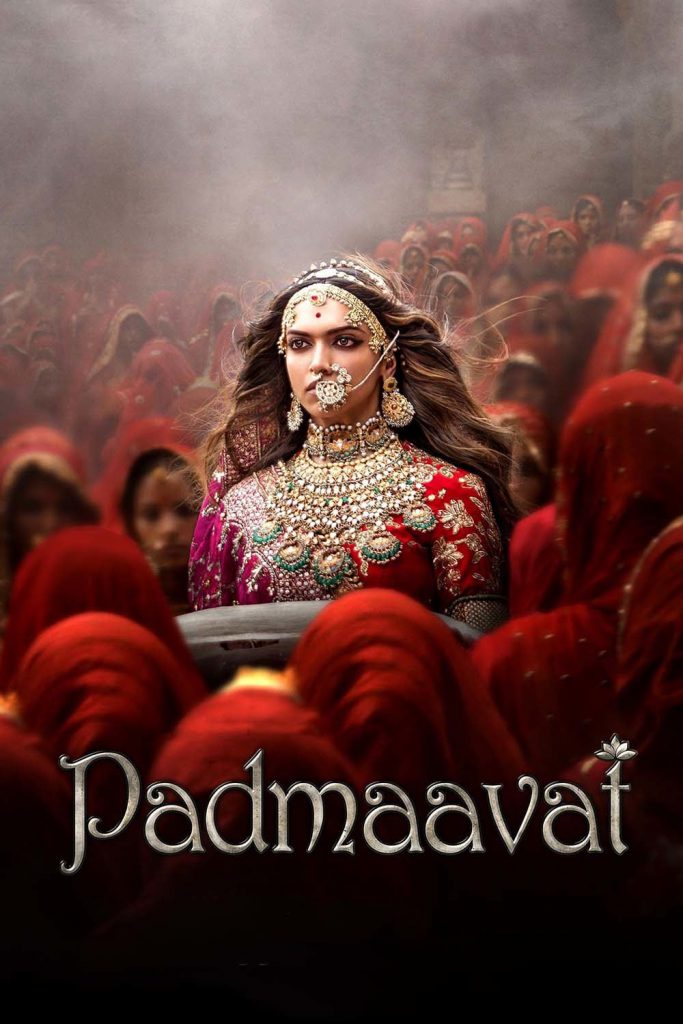 I was very excited about Padmaavat the grand big screen epic Indian drama.  Heard about it since 2016 since it was starring my favorite Indian actress, Deepika Padukone, although at this point I am only aware of two Indian actresses. Set in the 13th Century Afghanistan/Western India. Alauddin Khilji (Ranveer Singh), the Sultan of the Khilji dynasty hears of the beauty of Rani Padmavati (Deepika) and invades Chittor, the city where Padmavati lives with her husband, King Ratan Singh (Shahid Kapoor).

At the time it was the most expensive Indian film made and became the highest grossing Indian film, even though it wasn’t released in all areas due to controversy since Alauddin (the guy with the longer black hair) is a Muslim, and King Singh (the guy with the shorter black hair) is a Hindi – controversy from the 13th Century and you can’t even tell the two guys apart, but that’s for another discussion. 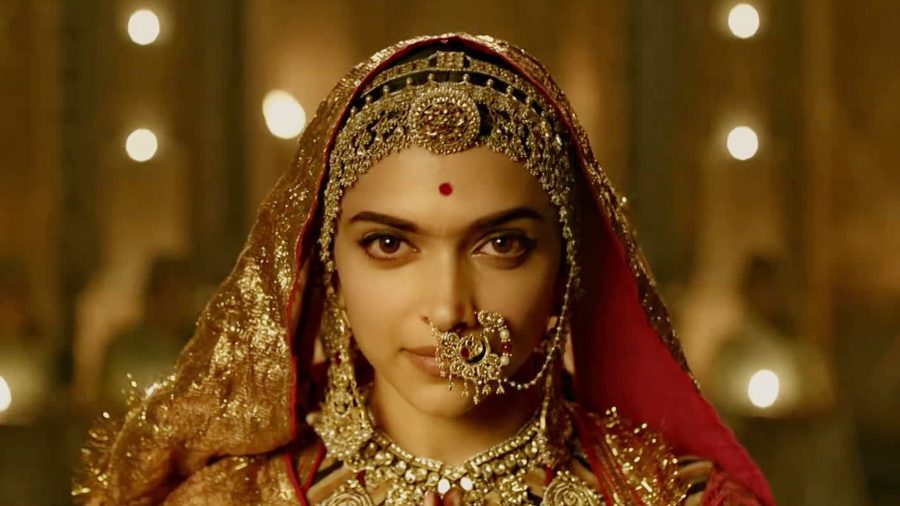 This is a 2 hr. and 42-minute movie, and it felt rushed through the first hour and a half. The green screen and CGI looked like it was from 1998 equipment – not poorly done – but obvious. Padmavati’s eyes were red for some scenes even when she wasn’t supposed to be sad or crying. (?) 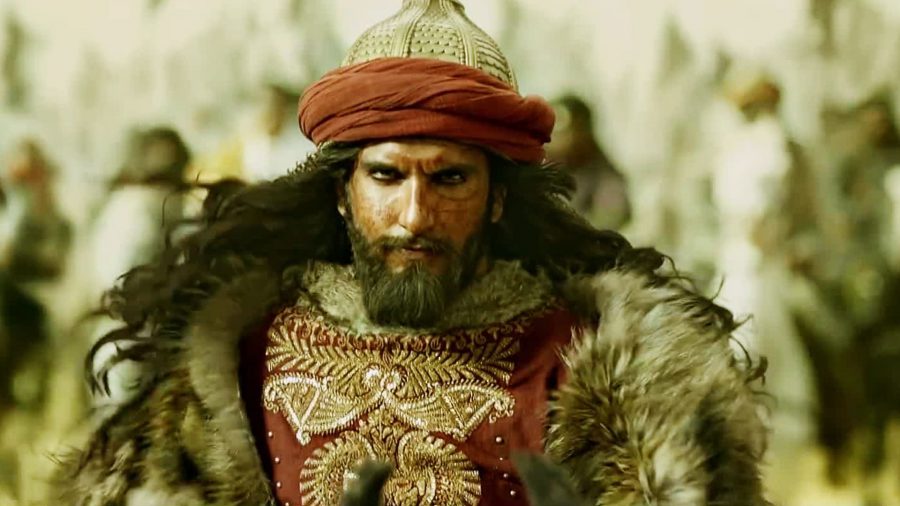 Then in the middle of the story a musical video scene breaks out, the first one was appropriate, the women were doing a traditional dance, but the other “music videos” were weird and boring. Big sweeping cavalry battles suddenly became hidden from view by the stirred-up sand – they fought, briefly – but no battling was shown. Padmavati the most beautiful woman in the world had a big hunk of jewelry hanging out of her nose blocking her face in some scenes. Finally, at the very beginning there were disclaimers saying nothing is accurate, not the story, the dancing, the clothing, nothing, although the disclaimers were inserted so no one was offended, and the movie could be shown in some countries.

Padmaavat this epic Indian drama, was more like a made-for-TV mini-series instead of a sweeping, grand, epic movie as it was designed to be.

The Biggest Spoiler: The Ending
Alauddin returns to Chittor for the second time with catapults after Padamati helps the King escape.  The King gives up too easily this time and battles Alauddin on the battlefield – as the King (short haired guy) was about to end Alauddin (longer hair guy) – Alauddin’s forces kill the short haired King with arrows.  Alauddin then very easily invades the city.  All the women commit Jauhar, self-immolation, before the longer black hair Alauddin was able to see Padmavati.  This was the biggest loss for the longer haired Alauddin, even though the entire populace and city was destroyed – the 12th century thinking was screwed up; is the 21st century thinking any better, different, changed, less misogynistic, more evolved? 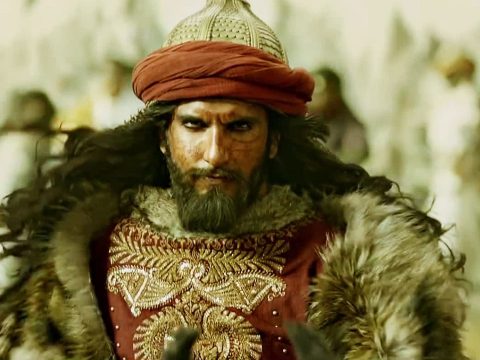 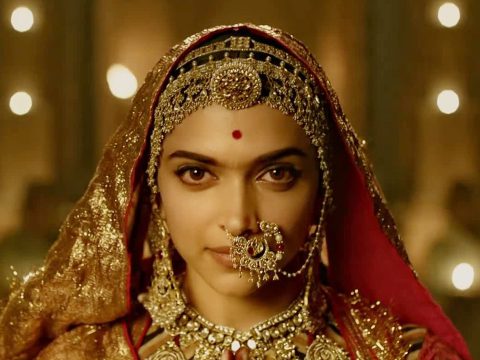 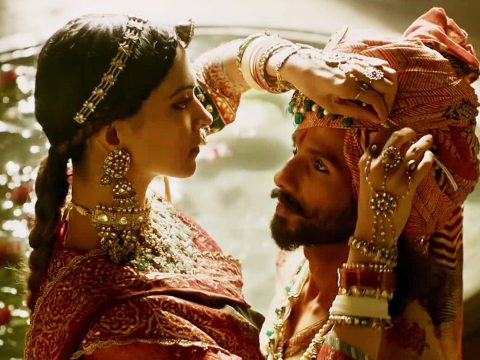 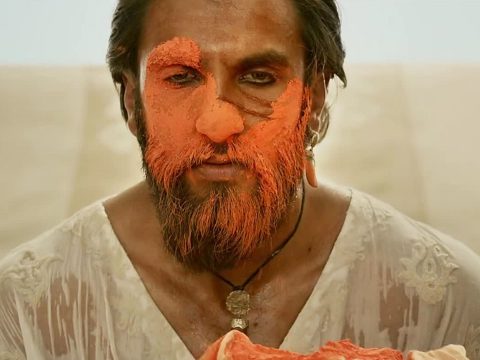 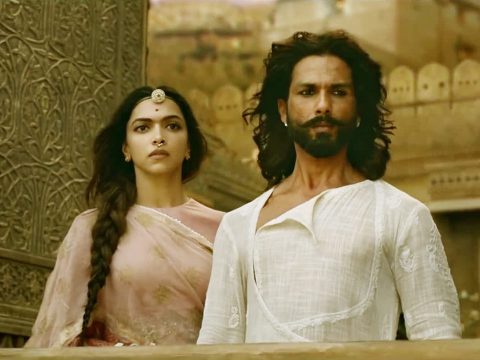 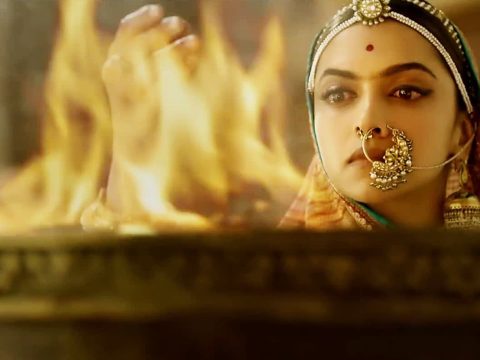