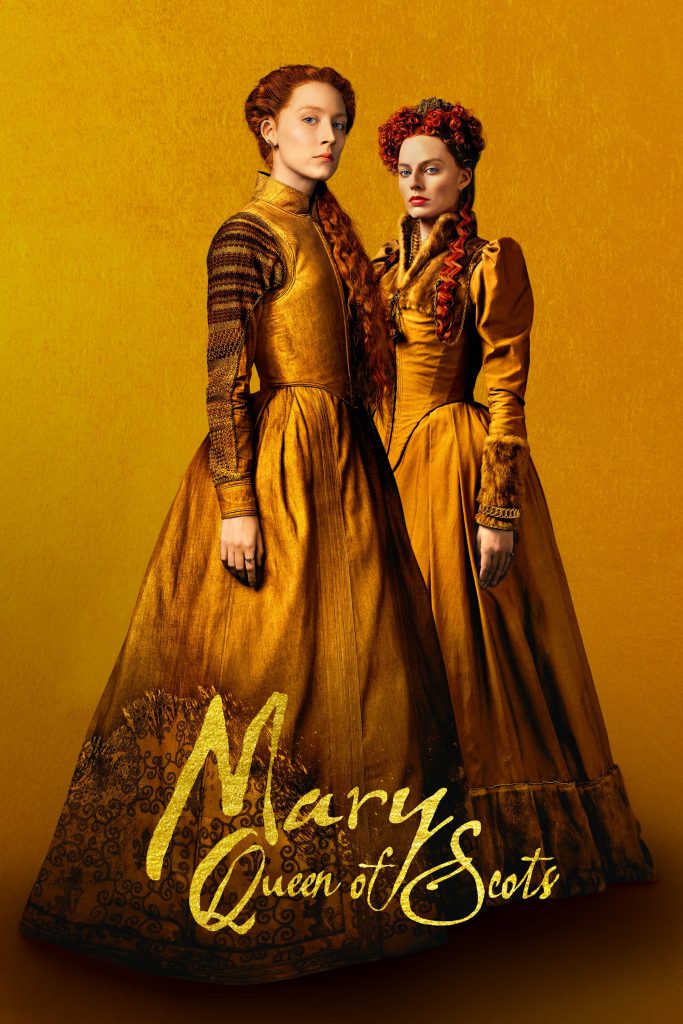 A beautifully, well crafted, but historically inaccurate drama about the tense relationship between Queen Elizabeth I of England (Margo Robbie, I, Tonya) and Mary Stewart, Queen of Scotland (Saoirse Ronan, Lady Bird, The Lovely Bones). Both women vie for the right to rule both England and Scotland. Both women have a valid right, but both are motivated by different forces and desires. A list of their attributes clearly shows their differences and issues. 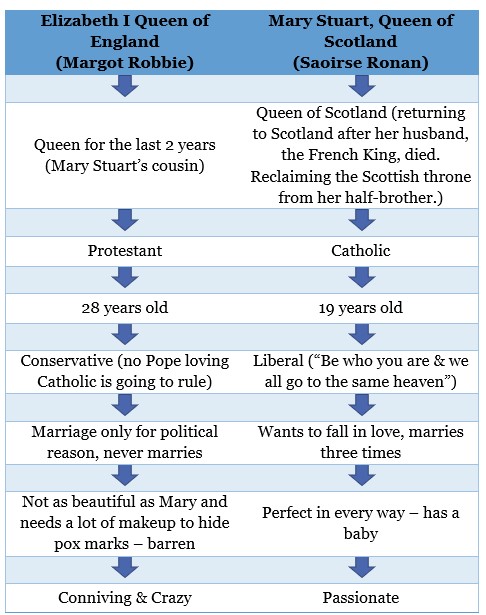 Mary Queen of Scots was nominated for an Oscar in Costume Design and Makeup & Hairstyling so the movie had a genuine 1500’s look.  The Scottish and English accents are slight so you can easily understand the conversations.  However, there are so many “politically correct” situations about gender identity, orientation, alcoholism, mental health, and integration that it becomes unreal for the 1500’s.  It is almost eye-rolling if you are the cynical type. 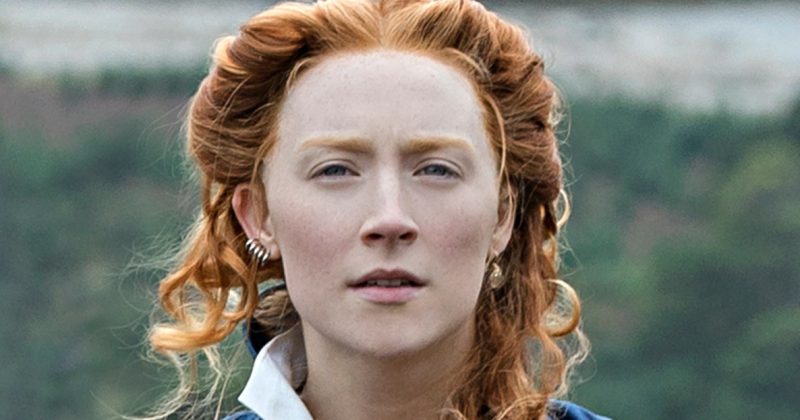 The last 30 minutes becomes more intriguing (although it never happened in the history books) and contains my favorite scene when Mary & Elizabeth meet in a curtain filled room.

The conclusion happens quickly with not enough time to explore the final plotting, and the movie was still over 2 hours. This movie tries to encompass too much. Many of the situations in this movie could be a separate movie instead of just a quick scene.  It is an interesting story but would have been more real in a more modern time.

The Biggest Spoiler: The Ending
Mary, Queen of Scots, returns from France. She kicks her half-brother, the Earl of Moray (James McArdle) out of power, and out of the castle. He talks his way back into the castle.  However, eventually the Earl kicks Mary out of the castle and he keeps her baby, James.  Mary flees to England. In England, Mary meets Queen Elizabeth I who promises to protect her.  The Queen eventually beheads Mary in 1587; Mary was plotting against the Queen. The Queen Elizabeth I rules for 45 years. Following her death, James, Mary’s son, rules England and Scotland, as Mary wanted. 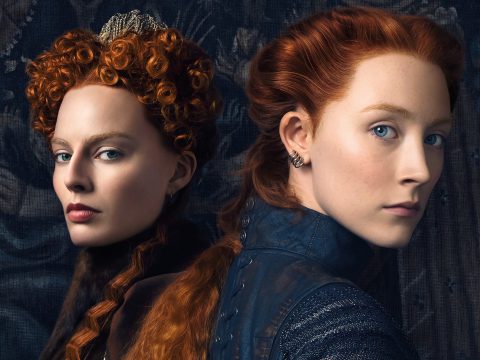 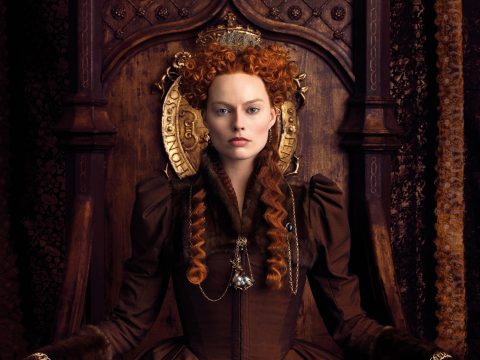 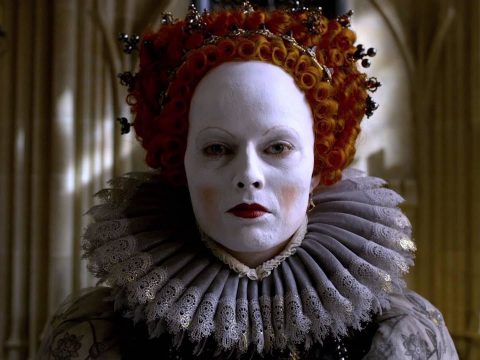 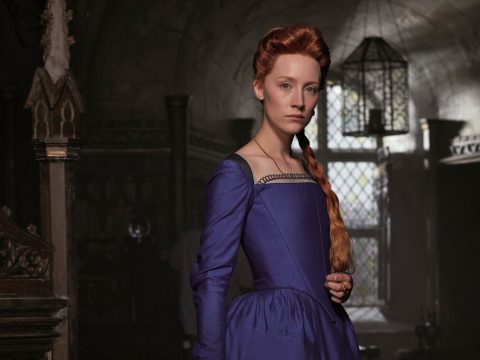 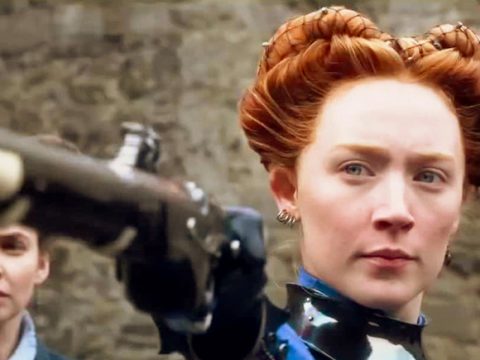 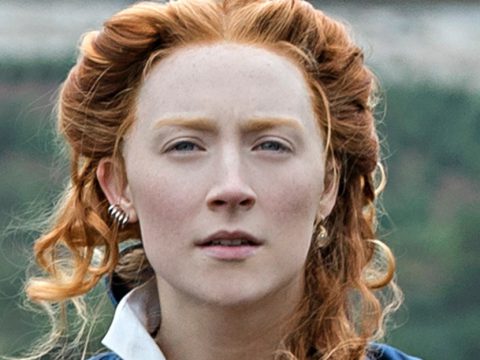 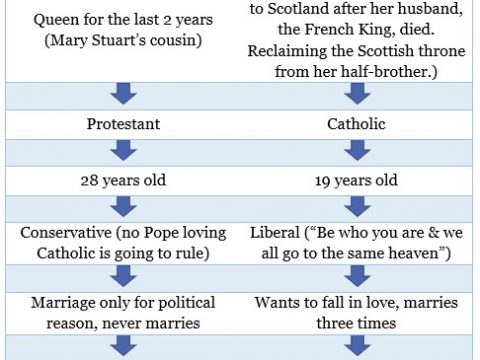