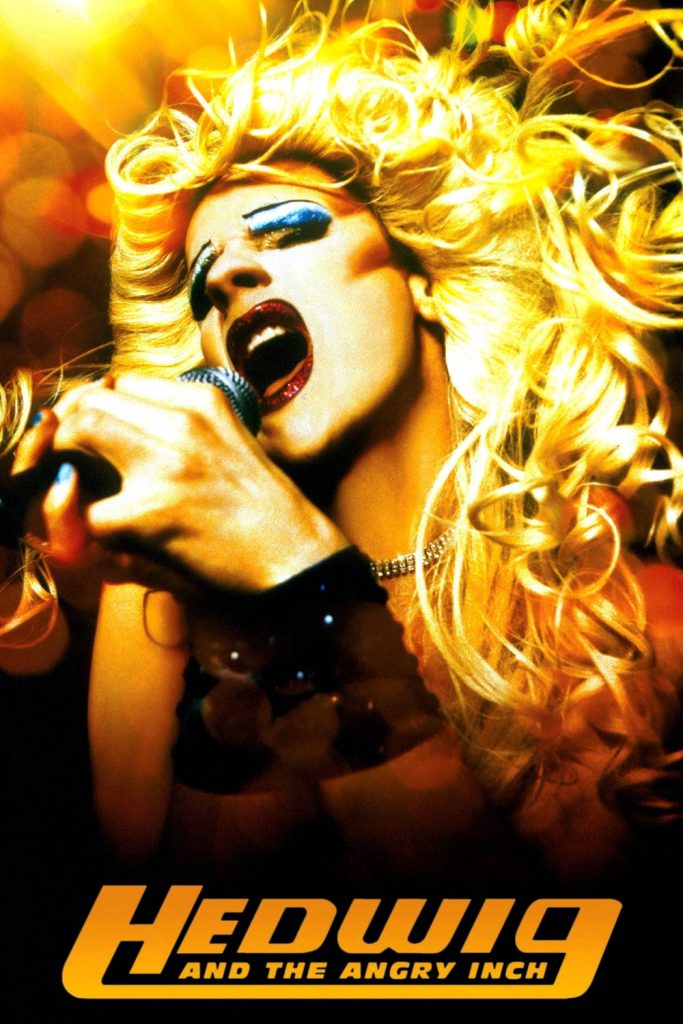 HEDWIG AND THE ANGRY INCH

You need to view Hedwig and the Angry Inch with and open mind.  View this movie when you want to get your transgender punk rock self on.  If you accept it – it is a good movie. This 2001 American musical film with a little comedy and a lot of drama first began as an Off-Broadway play in 1998 written by John Cameron Mitchell & Stephen Trask, with Stephen Trask writing all the music.  East Berliner Hansel Schmidt/Hedwig Robinson (John Cameron Mitchell) desperately wants to get to the USA. Since the Berlin Wall is still standing, he can only legally leave East Germany as a husband and wife team; he won’t be leaving as the husband.  The botched sex change operation costs him a lot, hence the song “Six Inches Forward and Five Inches Back.” It is a very angry song. 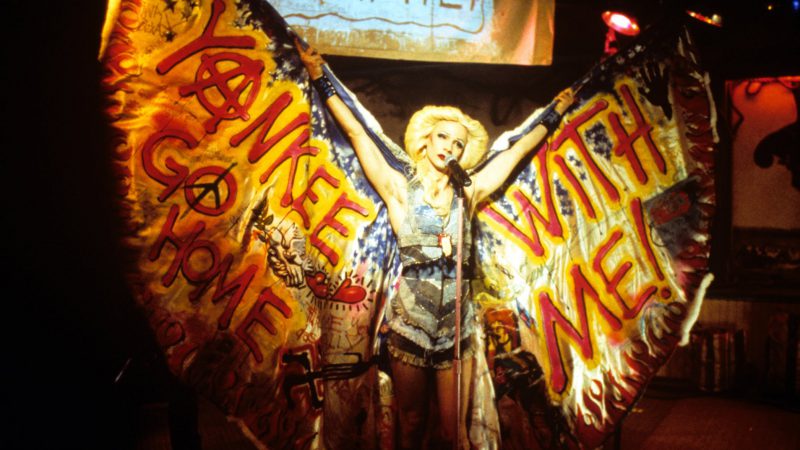 After embracing his transgender self, finding a Farrah Fawcett wig, stalking a copyright nemesis Tommy Gnosis (Michael Pitt), he breaks out of obscurity, in a pseudo/real/dream (?) form, only after traveling through a lot of “Bilgewaters”– not a very linear movie – but it has a tiny bit of inuendo comedy, and a lot of good music (as with movies and paintings, music is subjective). The only recognizable character – used to show how this insane band can stay on schedule – was Andrea Martin who was Aunt Voula in My Big Fat Greek Wedding – one on Aunt Voula’s quotes, “What do you mean he don’t eat no meat?”

The Biggest Spoiler: The Ending
While Hedwig is working as a hooker, her copyright nemesis, Tommy Gnosis, picks her up.  They reconnected, Tommy G. admits to stealing the songs she co-wrote with him, then she crashes the limo into a truck.  The press descends, Tommy Gnosis denies everything, his ratings plummet, but Hedwig’s ratings soar.  After coming to terms onstage with his shitty upbringing – and his nemesis Tommy Gnosis – he takes off the wig, makeup, and dress and switches roles with is “boyfriend” (Miriam Shor), who fooled me the entire movie. 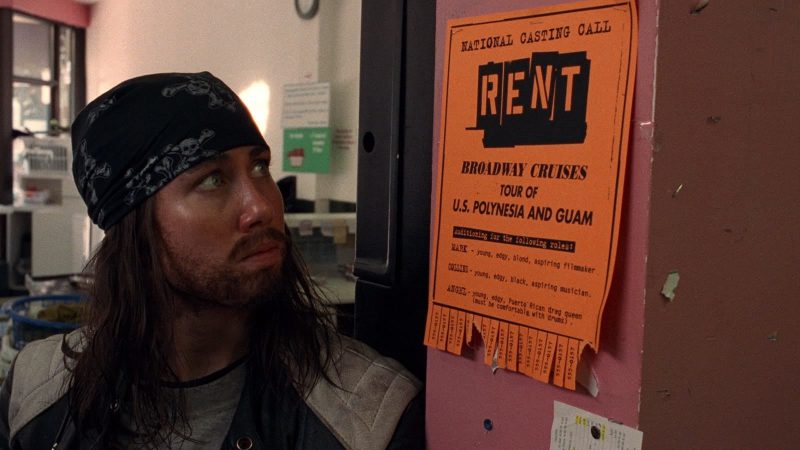 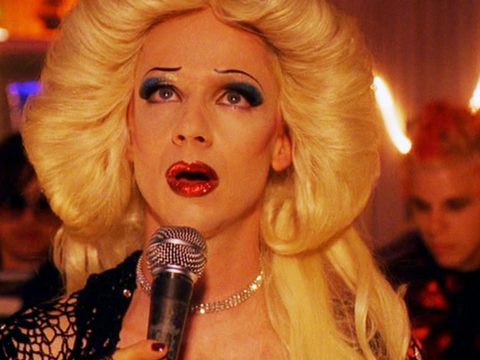 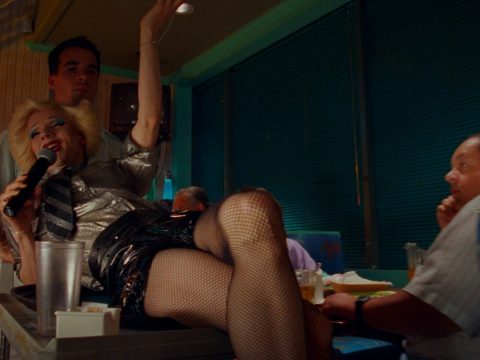 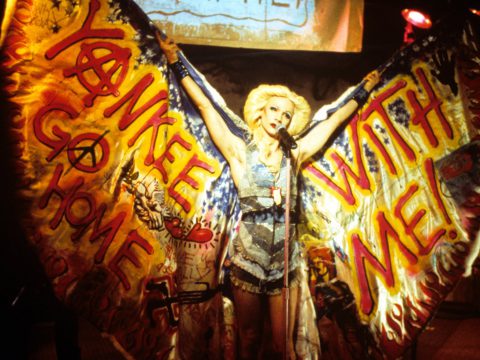 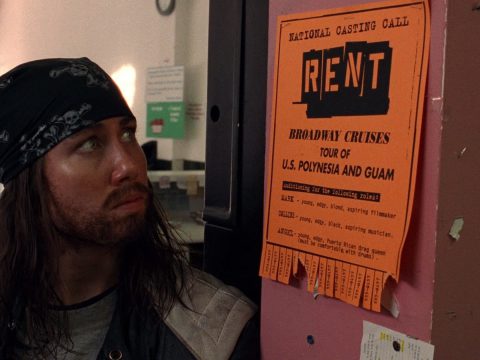