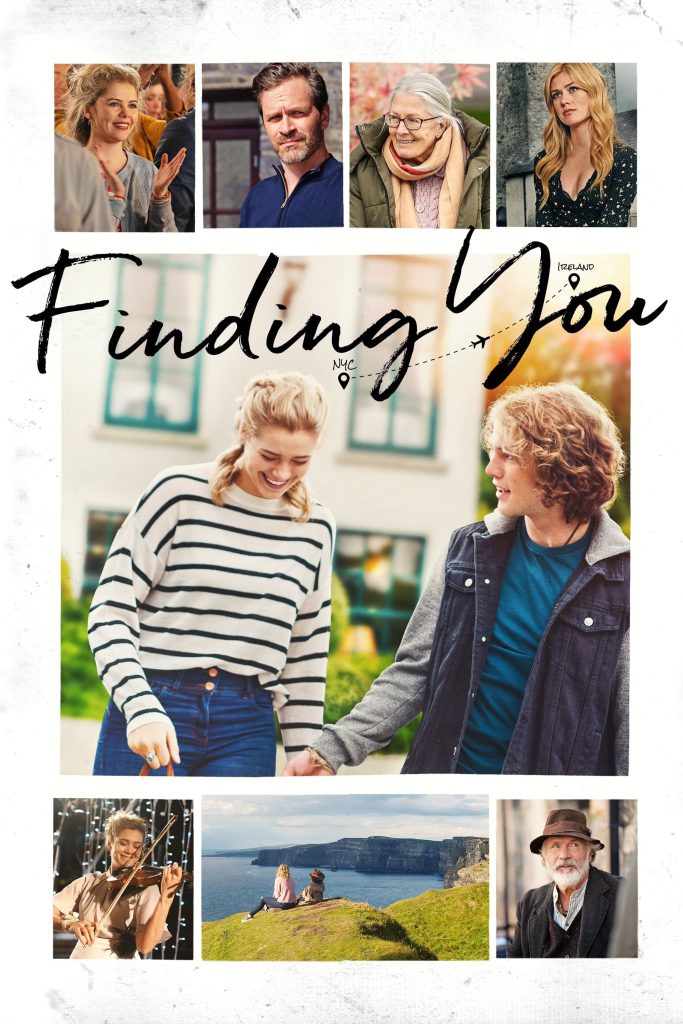 Practically, every cliché in the book is in Finding You, a coming-of-age romance film based on the book, There You’ll Find Me by Jenny B. Jones. Even though the film is predictable, utterly moral, bordering on religious, by the end, you still hope for the best for the heroine and the movie star. 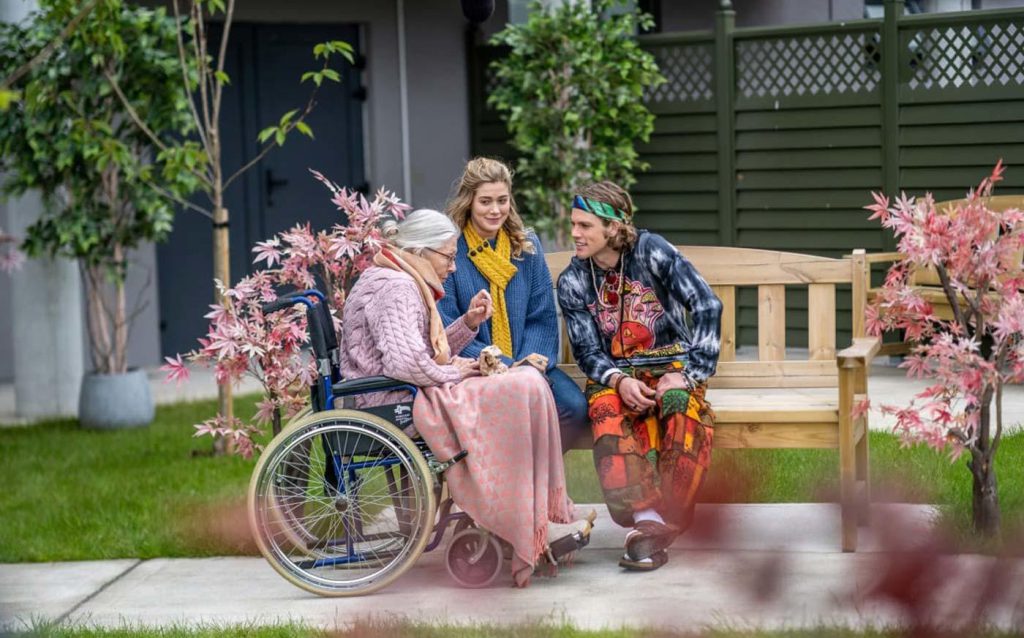 Venessa Redgrave with Finley and Beckett

Finley Sinclair (Rose Reid) fails her violin audition in NYC and decides to study in Ireland for a semester. While staying in a quaint Irish village (Carlingford, in County Louth, Ireland), she meets the teenage heartthrob Beckett Rush (Jedidiah Goodacre), filming another film in his medieval fantasy film franchise. Finley and Beckett travel around Ireland through a series of unlikely events, seeing the sites and, of course, falling in love. Just writing this makes me gag and wonder why I enjoyed this film. I guess the saving grace for me was the violin/fiddle music along with the lush green setting of Ireland. Thanks to Finding You, I now have some new music in my St. Patrick’s Day playlist.

The storyline of the two innkeepers, the Callaghan’s, is corny, and their acting is dreadful. However, their role is to act ineptly, so Finley and Beckett can tour Ireland together. Ugh!, luckily the innkeepers’ roles are minor. Their teenage daughter Emma Callaghan (Saoirse-Monica Jackson) is an enjoyable character and supplies the humor.

The two lead characters, Finley and Beckett, played by Rose Reid and Jedidiah Goodacre, are both relatively new to acting. They both come off as good actors and likable; however, they are a tad too perfect and unreal, which works great in a romance fantasy film. As part of Beckett’s story, and to add some pretend depth to the film, there is a storyline about the deception and manipulation of Hollywood on social media.

Finding You, a coming-of-age romance film, even with all the issues mentioned above, the film still works. The likable characters combined with the music and scenes of Ireland make it worth watching if you enjoy believing in a fantasy romance. 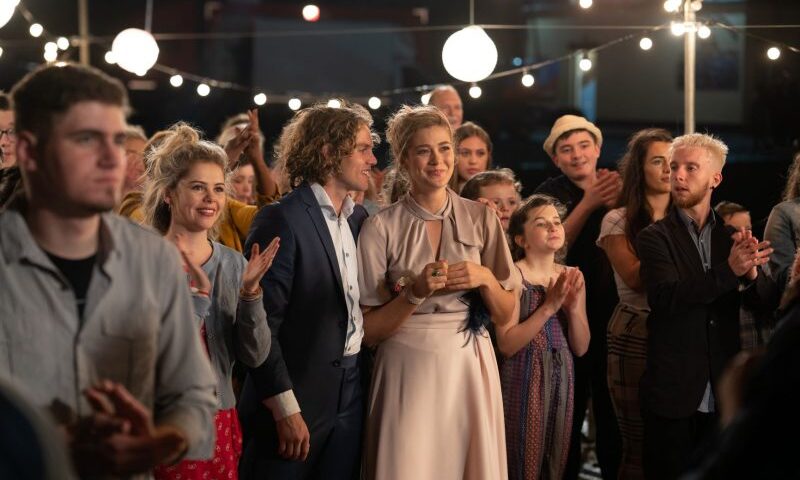 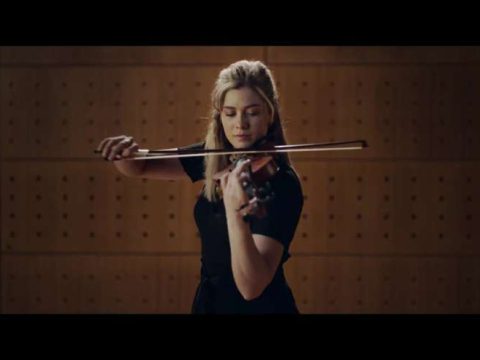 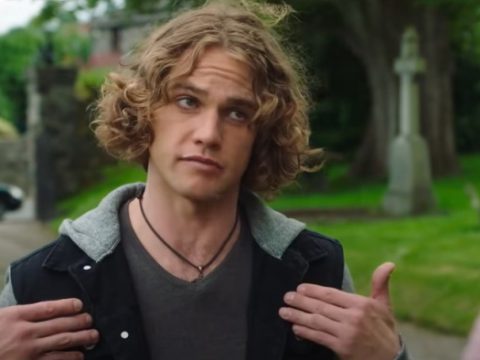 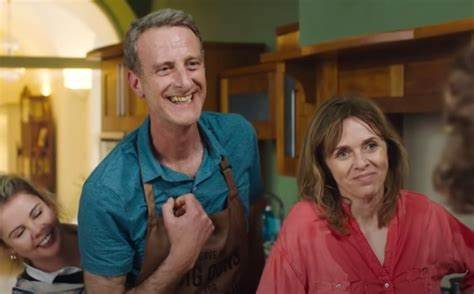 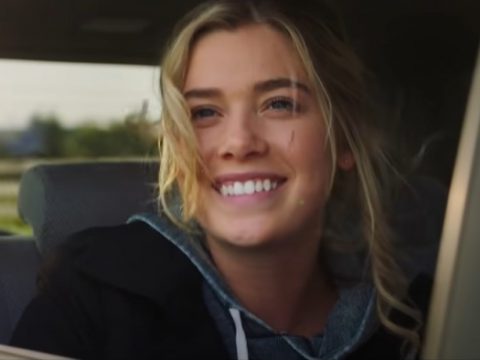 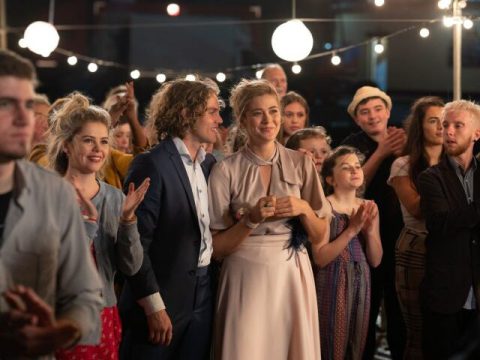 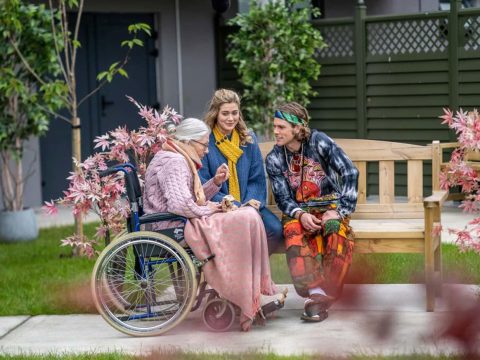 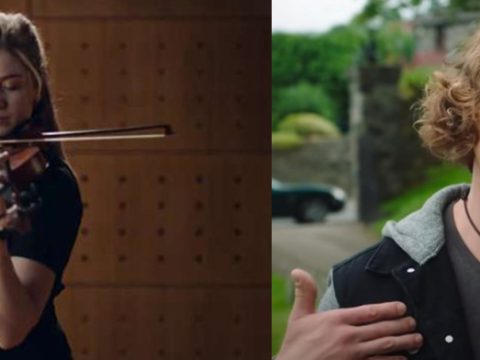