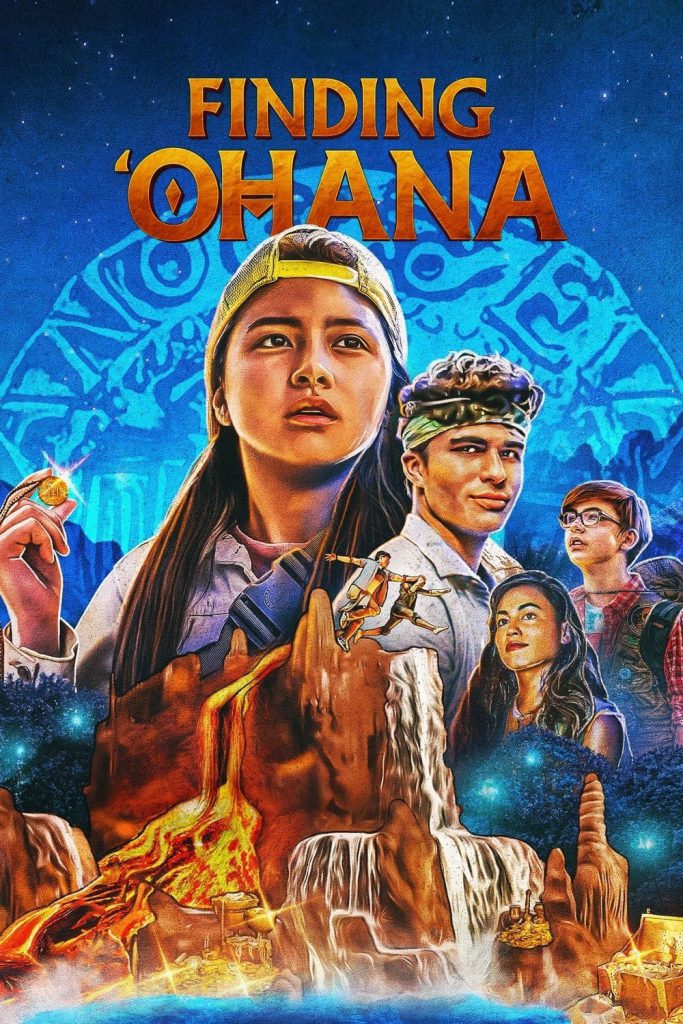 Finding Ohana is an entertaining feel-good family adventure film set in Hawaii.  Although everyone can enjoy this film, girls up to about 15 years old would especially love the free-spirited Pili (first timer Kea Peahu), the treasure hunting heroine.

The story begins in Brooklyn Bridge Park in Brooklyn, New York, with Pili excelling in a geocaching competition.  Very quickly, Pili, her mom Leilani (Kelly Hu), and bratty older brother Ioane (Alex Aiono) return to their original home in Oahu, Hawaii, to care for the kid’s grandfather Kimo (Branscombe Richmond).  Family drama and teenage flirtations ensue, but we are quickly on a hunt to find a treasure left behind by Pirates in the early 1800s. 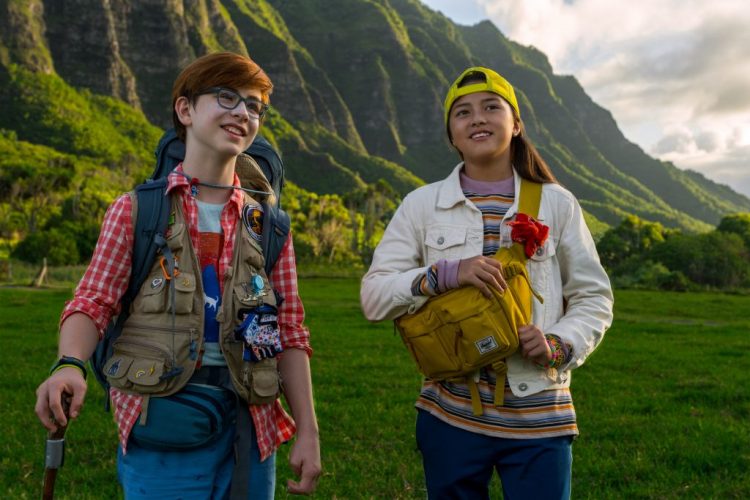 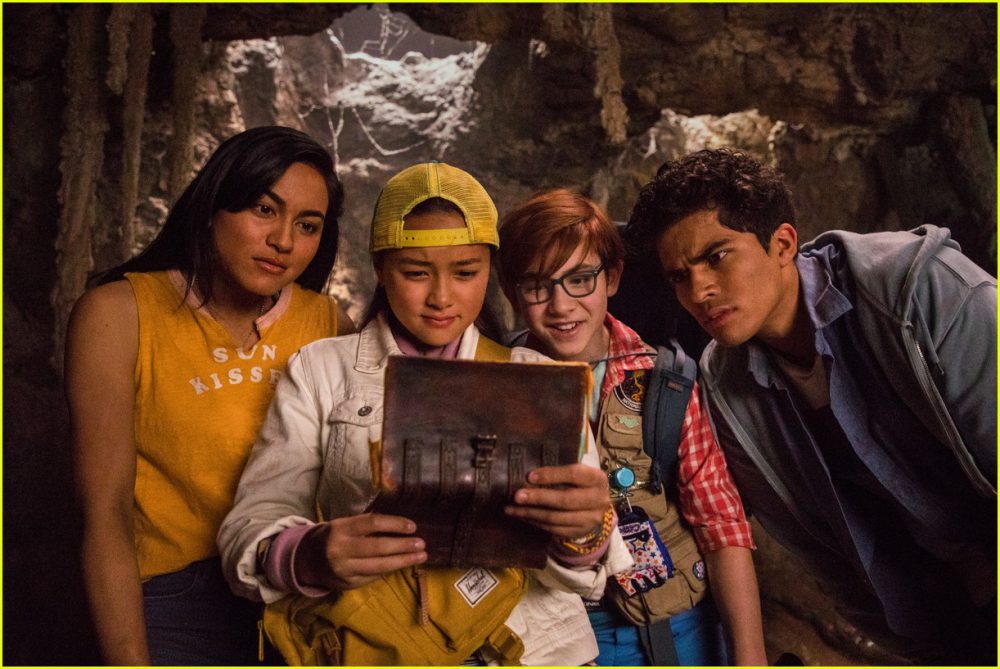 Parts of the film contain beautiful Hawaiian scenery.  The most dramatic is Kualao Ranch at the foot of the Napli cliffs on Kauai, where dinosaurs once ran in Jurassic Park – remember, the first time anyone ever saw dinosaurs running.

The treasure hunt then goes inside a studio while the kids travel through various chambers of a cave looking for the treasure.  During the exploring, there is adventure, PG-13 stress of crawling through caves and finding skeletons.  They travel from one hazard to the next trying to figure out the puzzle.  But in predicable and pleasing ways, the four adventurers keep moving ahead and begin to connect with each other and with their Hawaiian past. 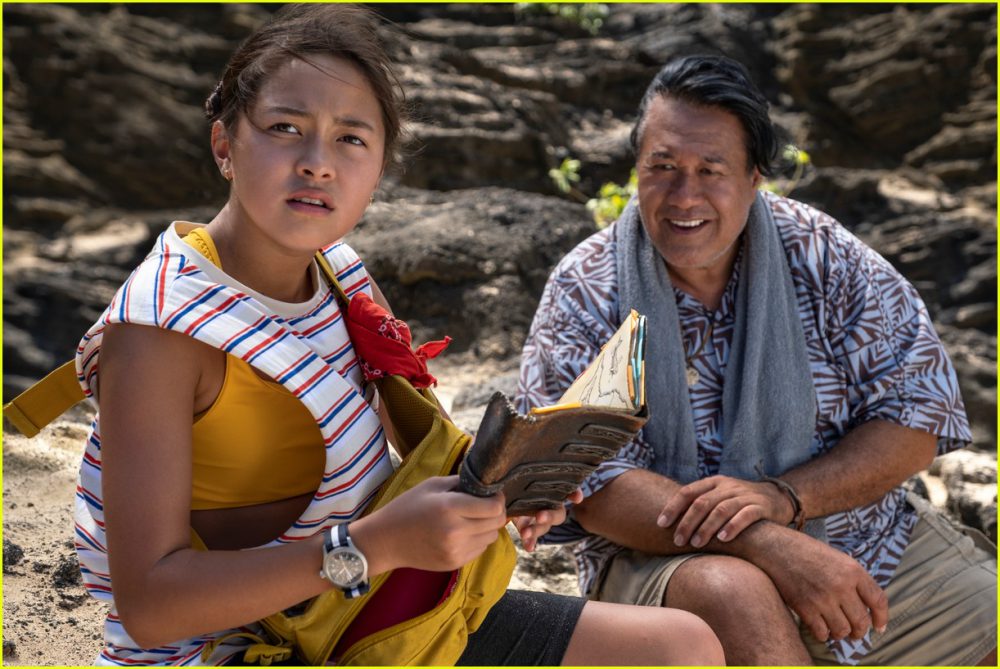 Grandfather Kimo is the Hawaiian heart of the family.  He serves as the vehicle for the family to reconnect with their Hawaiian heritage and their ohana.  Throughout the film, you hear some Hawaiian words and see Hawaiian foods, but that portion is brief; the Hawaiian culture mostly takes a back seat to the fun of exploring and being a teenager.

Finding Ohana spends too much time with the live-action cartoon-like Pirates explaining the Pirates’ actions. However, you get to see former SNL’s Chis Parnell as a pirate who can “kill using a loaf of bread.”

There is also some fun.  Tributes to Keanu Reeves run throughout where most refer to him as a Hawaiian treasure (Keanu’s father was Hawaiian); their walking stick is named Keanu.  Some melodrama, especially in the aloha and ohana scenes.

However, Finding Ohana is mainly a feel-good family adventure film with a little Hawaiian mysticism and coming of age. 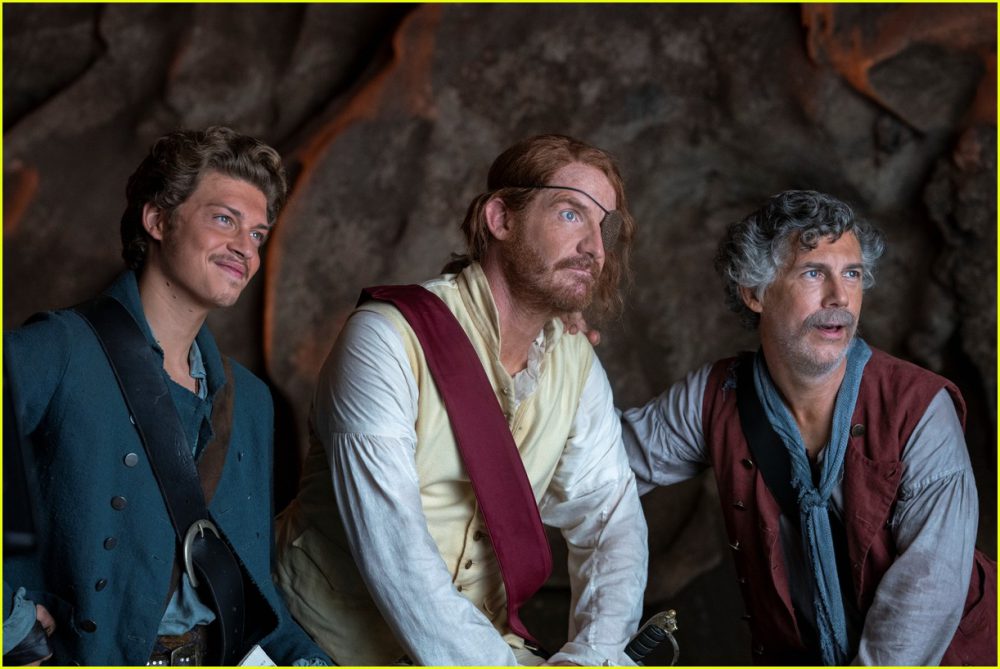 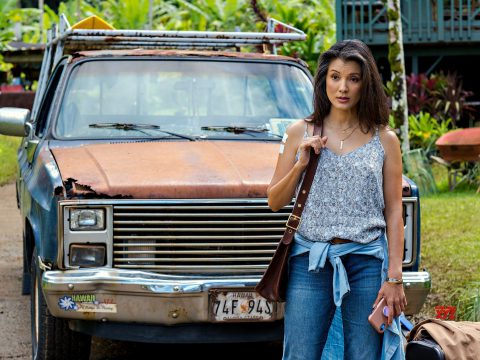 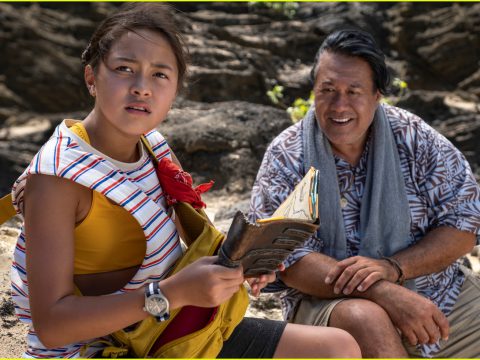 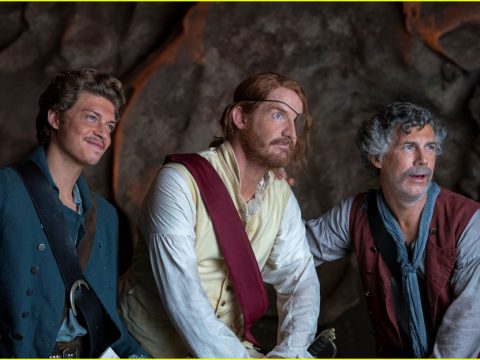 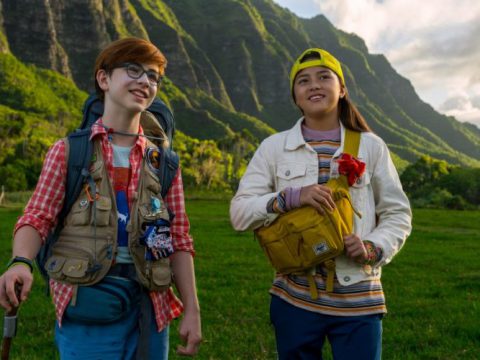 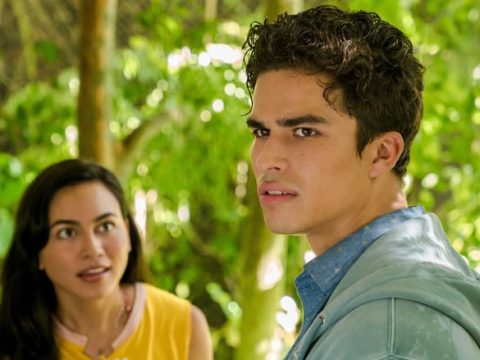 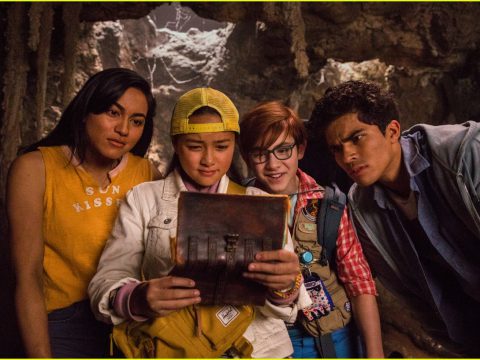 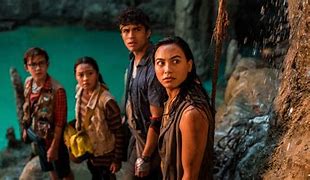