Season Two gets a 3.5 star rating, much better. 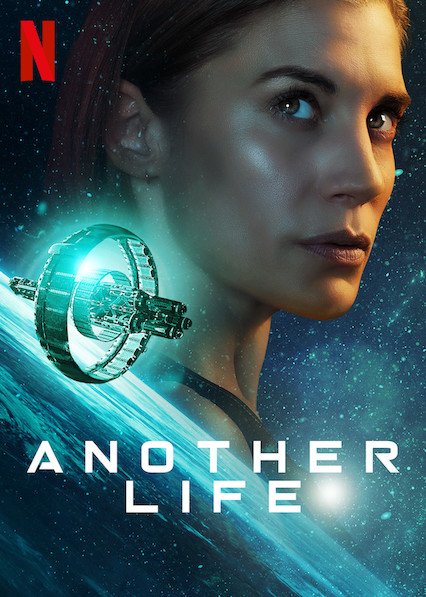 Another Life is a science fiction 10-part drama series about an alien invasion that premiered on Netflix in July 2019.  Aliens drop a towering crystalline artifact on earth and the earthlings begin to study the artifact.  Simultaneously, earth launches a one of a kind spacecraft into space to investigate the aliens’ home world. 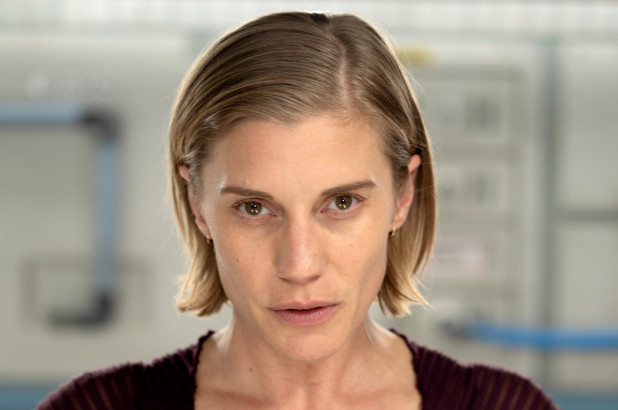 The main reason to watch this sci-fi drama – Katee Sackhoff.  Katee Sackhoff is the badass sci-fi queen who played Lieutenant Kara “Starbuck” Thrace on the epic sci-fi series Battlestar Galactica (2004 – 2009).  Ms. Sackhoff has been active in TV and movies since Battlestar doing a variety of roles including Longmire, 2036 Origin Unknown, Riddick, Oculus, Girl Flu, and The Flash.  But this is where Katee Sackhoff belongs – as Niko Breckinridge, Commander of The Salvare – searching for aliens and shouting commands.  This is the reason you should watch Another Life. 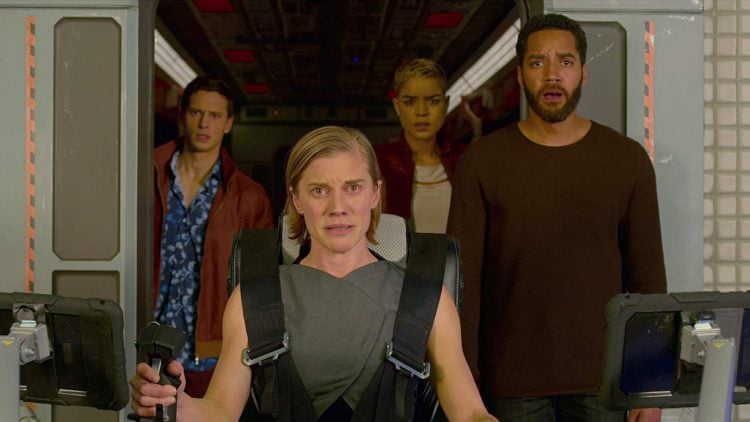 The second reason to watch Another Life?  Battlestar Galactica was a family show and Katee Sackhoff’s character “Starbuck” became well known for using the four-letter word frak, as in “Frak off, I’m reading a frank movie review.”  Well, Another Life is not a family show, so you get to hear Katee Sackhoff drop F-bombs of every type (adjective, noun, verb).  My favorite was ending episode 2 with a screaming “What the F_ck.” 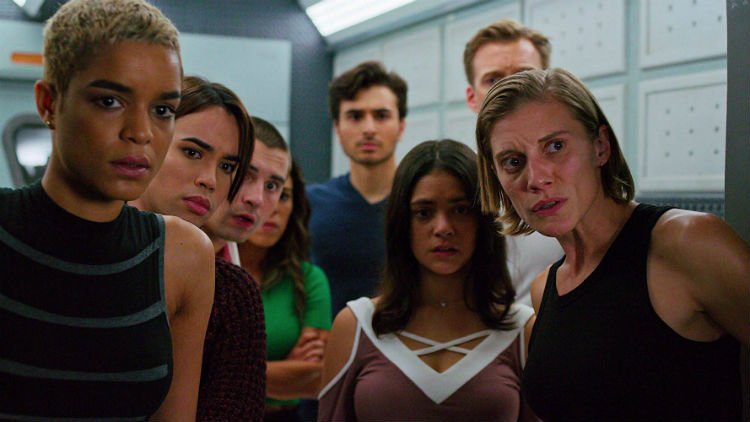 The third reason to watch Another Life?  Well it gets more difficult now.  There are several issues with this series that cause a viewer to yell at the screen and wish that bad things happen to the crew.  The Salvare is the only spacecraft on earth that can accomplish this mission, a premier mission, and they give Commander Niko Breckinridge the most immature, entitled, self-serving, disobedient twenty-something crew imaginable.  You get to hate this crew and wish them dead at the beginning of the series.  The crew improves a bit throughout the series, but the crew are such immature, wimpy, awful people that you never fully respect them.  Wishing that a crew dies is not good for a series. 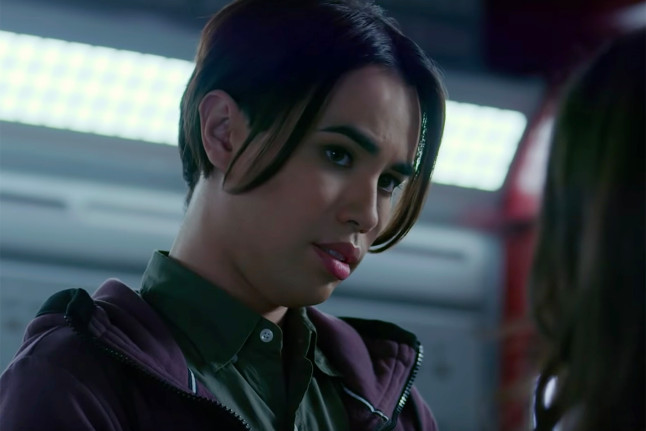 The only crew member that is not made to be completely offensive is the trans medic Zayn Petrossian (JayR Tinaco).  The writers probably did not know how to treat them, so the writers stayed away and made the nonbinary character play it kind of straight (?).  The second-in-command Cas Isakovic (Elizabeth Ludlow) is a good character, I wished no harm to her.  Harper Glass (Selma Blair) as the Internet guru on earth with 250,000,000 followers is a great character and may end up destroying the earth if Another Life continues.

The worse review I read about Another Life called it derivative, i.e., stealing from other similar types of alien invasion series and movies.  Yeah that’s true, because when aliens find us, they will descend and say, “Take me to your leader” (already done). Drop a big structure somewhere to monitor or meet us (already done). Try to kill us (done many times).  Another Life chose the big structure.  The big structure will find many ways to mess with our civilization, during Season 2.  Maybe something new will come out of it.

Another Life does have some original concepts – an entitled disobedient crew (not a good point but original) – a computer named William (Samuel Anderson) that relates as a person, is also slightly immature, evolving, and gets distracted at times – and an interesting and different alien that may get the chance to infiltrate the earth in a couple of different ways. 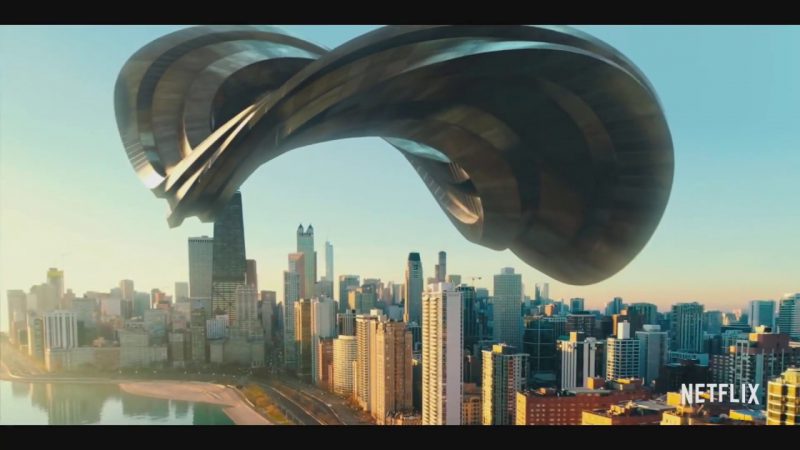 This sci-fi series could have been great if they gave Commander Breckinridge a mature crew and a computer that always did its job.  There is a good setup for the second season to battle or maybe live with the aliens on earth, but the crew must be replaced (die), grow up, or at least turn 30.

On Earth:  The crystalline artifact opens occasionally and lets people in.  The artifact tests and/or lies to people while inside.  Internet Guru Harper Glass enters and then goes on the Internet with her 250,000,000 followers and tells everyone the aliens – the Achaia – come in peace.

On the Salvare in Space:  The crew land on a planet once occupied by the Zakir “people” where the same type of alien crystalline artifact is found.  It appears the Achaia killed all the Zakir occupants except one that explains things.  Captain Niko Breckinridge (Kate Sackhoff) then destroys the alien artifact mainly in spite.  Upon leaving the planet the Achaia fly by the Salvare and destroy the Zakir’s planet.  The crew realizes the Achaia are not peaceful and head home to Earth to warn people. 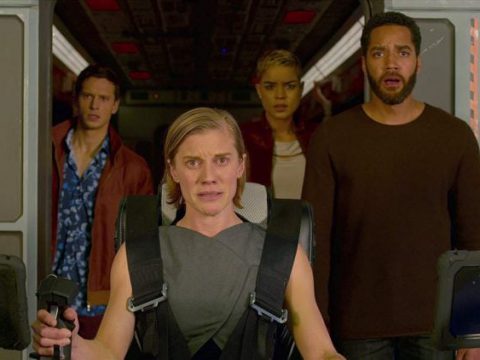 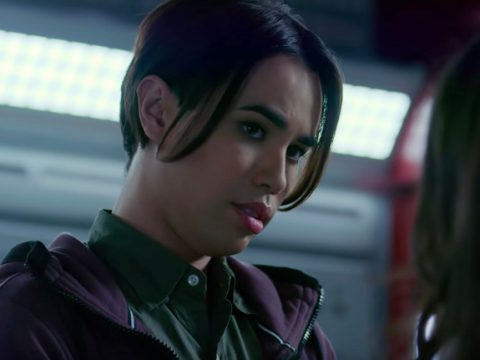 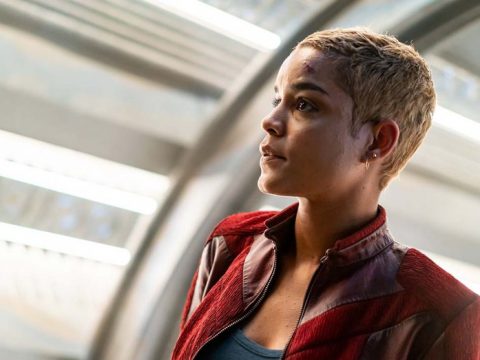 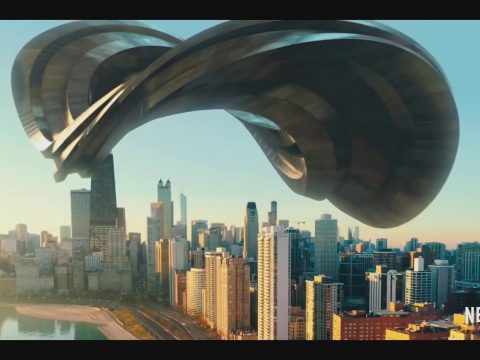 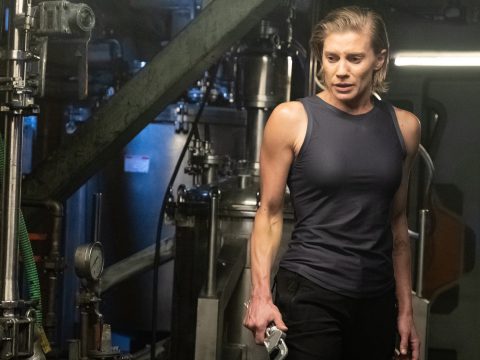 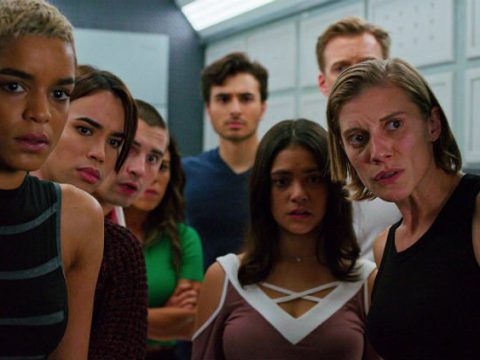 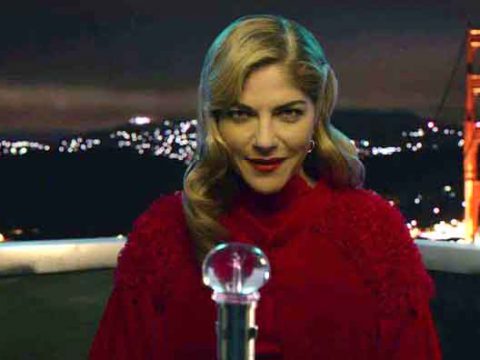 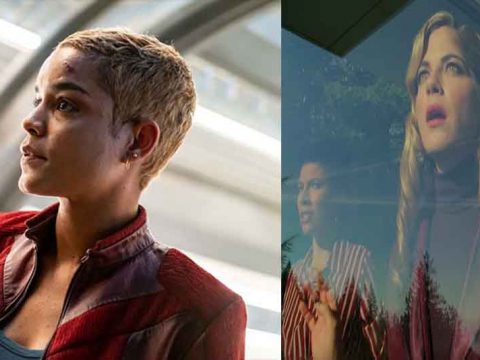 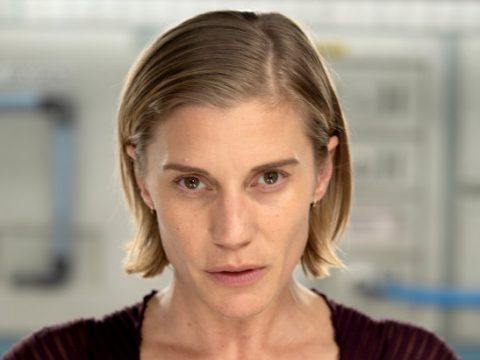