“A God-given talent to make people stop and care” 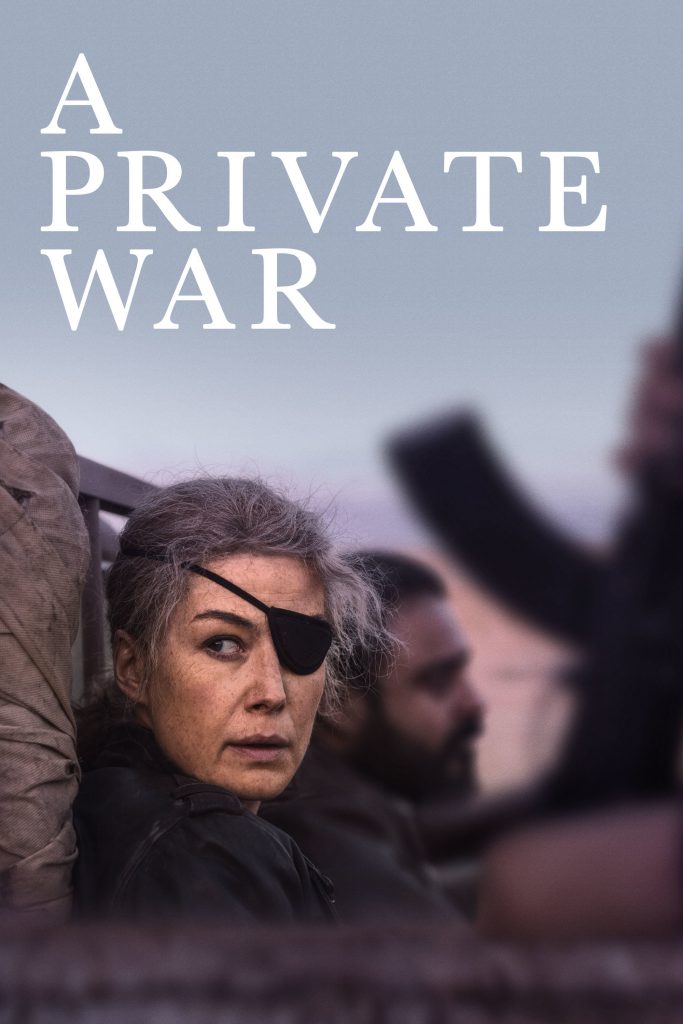 A Private War is a dramatization of the American journalist Marie Colvin’s life from 2001 to 2012 while she was working for the British national newspaper, The Sunday Times.  Rosamund Pike (Hostiles, Gone Girl, Hector and the Search for Happiness) is superb as the war time journalist Marie Colvin.  This film is based upon a 2012 Vanity Fair article by Marie Brenner.

The investigative journalist Marie Brenner who wrote the Vanity Fair article that this movie is based, had her own private war with Donald Trump in 1991.  She wrote an unbecoming article about him leading to Trump pouring red wine poured down her back. Please excuse my digression, back to The Private War.

A Private War shows the life chosen by war time journalist Marie Colvin.  Ms. Colvin reports on the personal side of war, the effects of war on the women and children.  During A Private War Ms. Colvin enters five different war zones (Sri Lanka, Iraq, Afghanistan, Libya and Syria). Each war zone shows a different human cost of war. The war zone scenes brilliantly make the war zones personal, puts the viewer face-to-face with danger, and each is horrifying and based upon the truth.

Then the film shifts gears and Marie is back home recovering from the impacts of the wars. Repeatedly, Ms. Colvin denies her severe PTSD – “That’s what soldiers get” – acts out of control, and drinks and smokes way too much.  Her editor Sean Ryan (Tom Hollander) reminders her that she has a “God-given talent to make people stop and care,” so she keeps choosing to return to war zones, with her photographer Paul Conroy (Jamie Dornan). 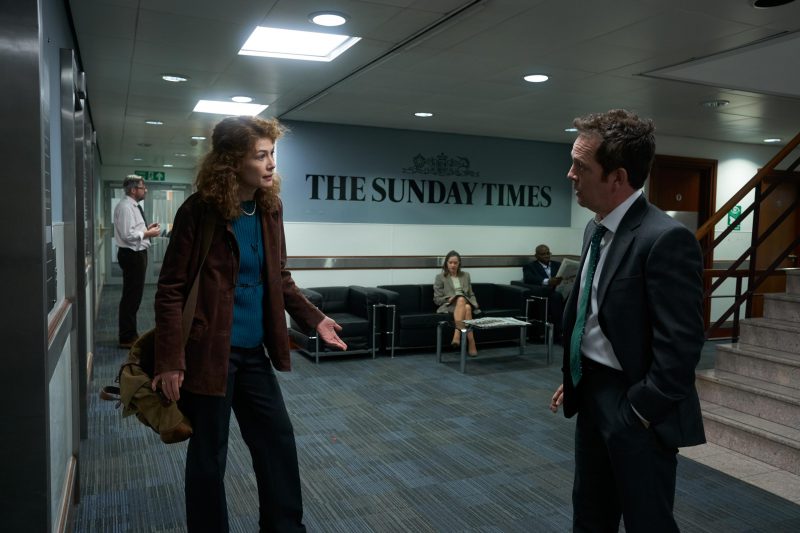 For me, this movie made me feel, I believe, what you are supposed to feel – sad, concerned, horrified, and helpless. While in the war zones it is constantly out of your control, you are a victim of the war, always running from mayhem, being yelled at in languages you do not understand, always being told what to do, and never with the ability to fight back.  Since Marie Colvin was there to report on the victims of the wars – although it made me feel sad & helpless – it was well done and appropriate. 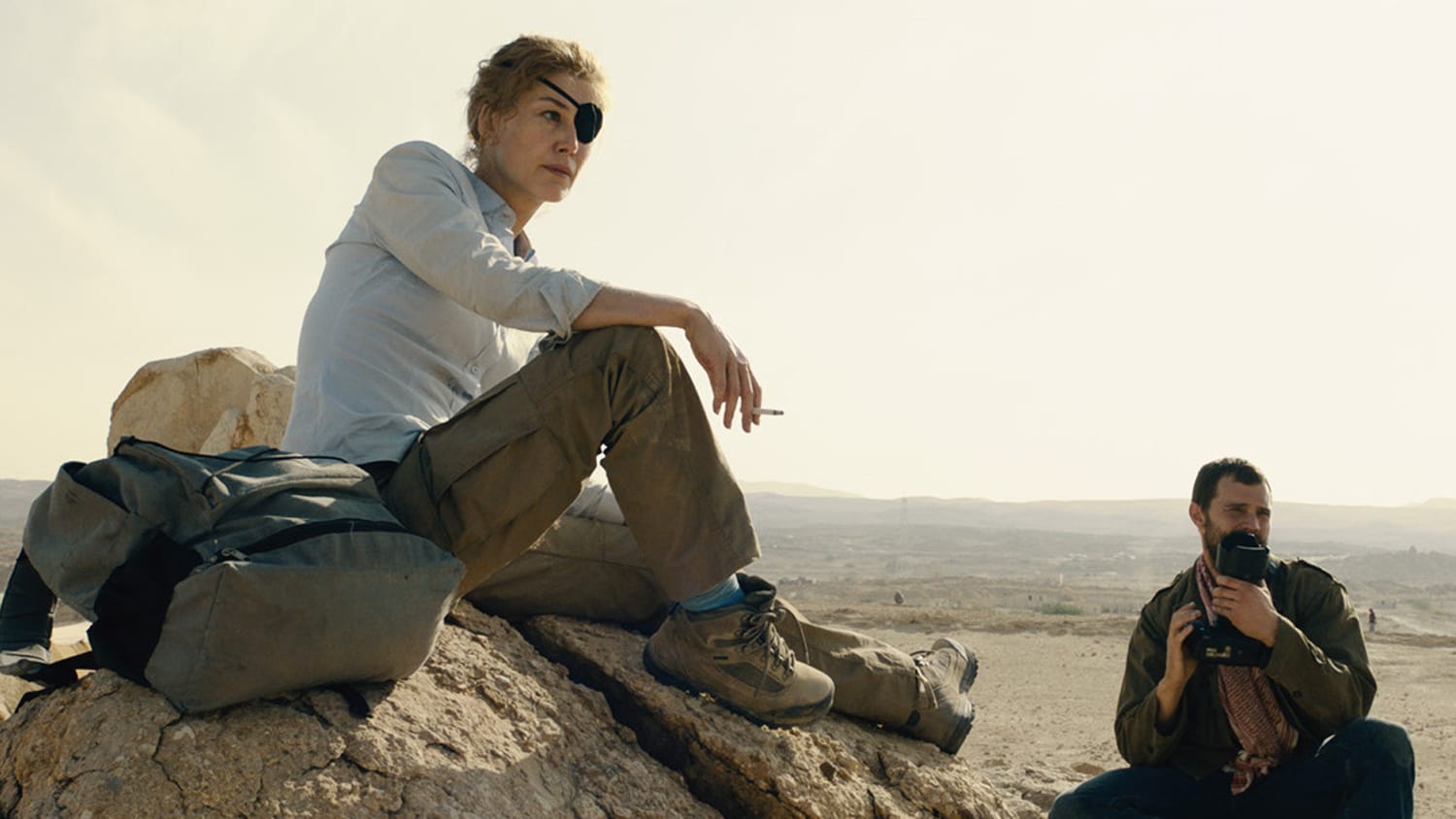 Rosamund Pike performs incredible acting in this film.  She is in almost every scene.  Ms. Pike experiences a variety of emotions as Marie Colvin.  She goes from being troubled, living with PTSD, doubting herself, becoming addicted to war, to occasionally being happy. However, Marie is always driven to get the story out.  Usually, she succeeds in getting the story out.

Following the final emotional, disturbing, and true scene, the film ends with an original song by Annie Lennox, “Requiem for a Private War.”  The final song gets a 2 but this dramatization of Marie Colvin is a solid 3.5. 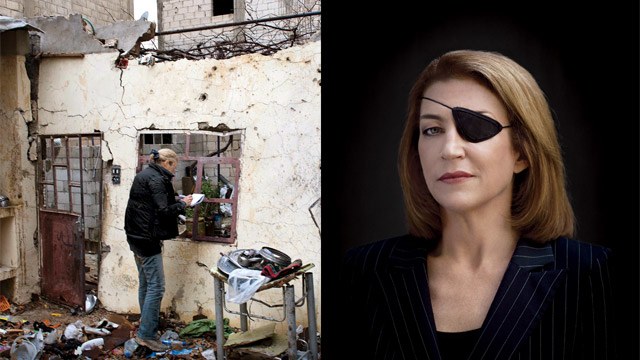 The Biggest Spoiler: The Ending
Sadly, Marie Colvin dies in Homs, Syria during a bombing in 2012.  The movie postscript reads: “Marie Colvin and journalist Remi Ochlik were killed in Homs, Syria, on February 22nd, 2012. During the same bombing, Paul Conroy is gravely injured.  However, he survives and continues to work as a photographer. Over 500,000 Syrian civilians have been killed since Colvin’s death.” 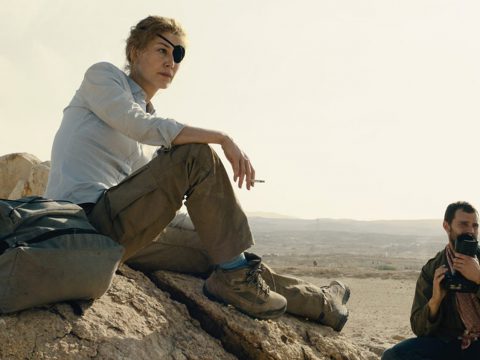 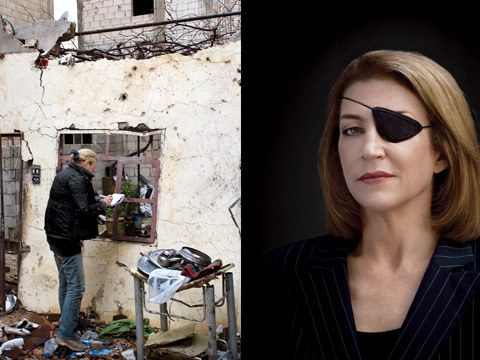 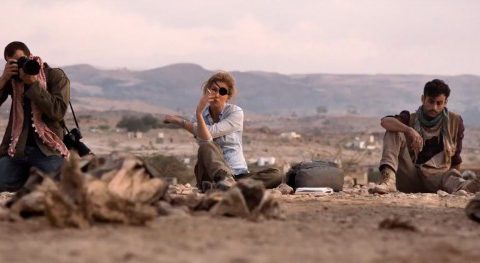 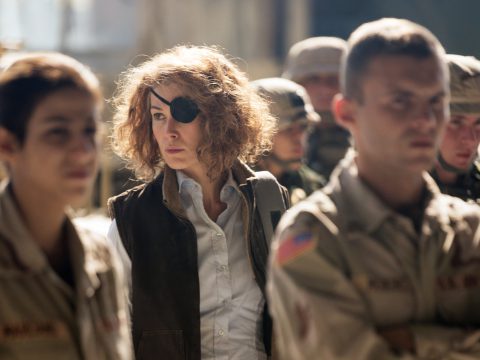 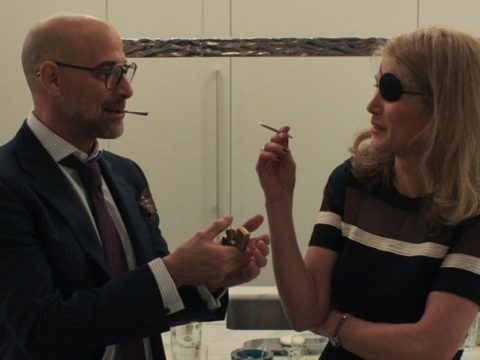 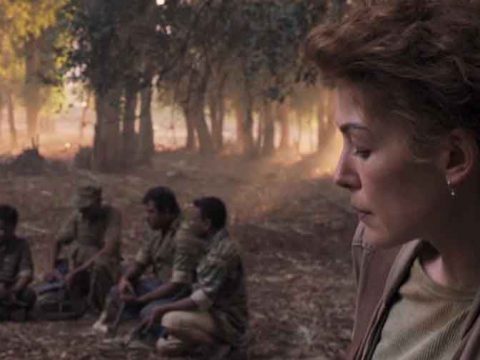 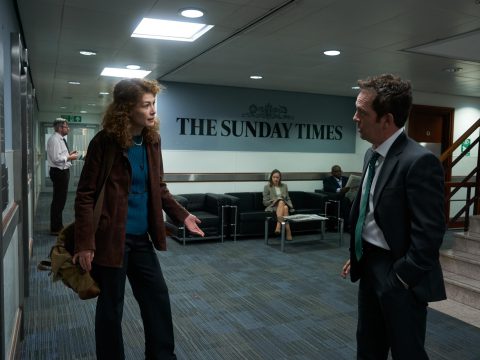