It was supposed to be a simple heist. 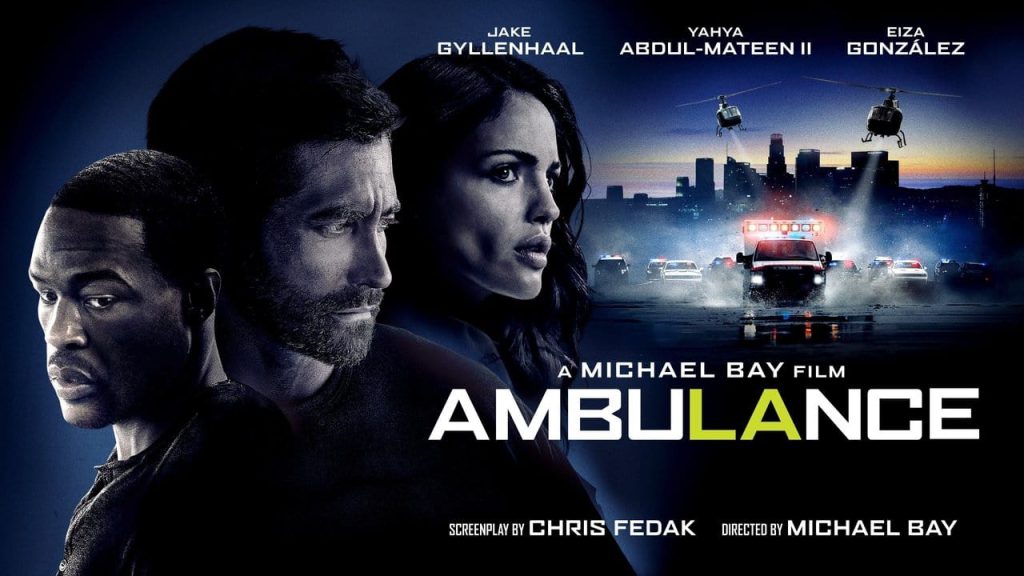 The recent Marvel Superhero films (Dr. Strange in the… and Moon Knight) have become too complicated (or maybe too nonsensical), too long, tiring, and boring by the film’s end. Therefore, it is good to go to the theater and watch a straightforward and bloody cop versus crooks chase film that is, unfortunately, still too long. Ambulance is an easy-to-understand action thriller movie filmed entirely on the streets of Los Angeles.

One adopted brother needs money for his wife’s surgery; the other is a career criminal who needs another man to pull off the bank heist. Bank heist goes awry; a shootout occurs, and a wounded officer is being tended to in an ambulance when the two remaining bank thieves highjack the ambulance. Reminiscent of the O. J. chase down the freeway, the entire LAPD chases the ambulance. After Ambulance makes it to TV, it should be a great late-night movie to watch for explosions and shootouts, with almost no plot. 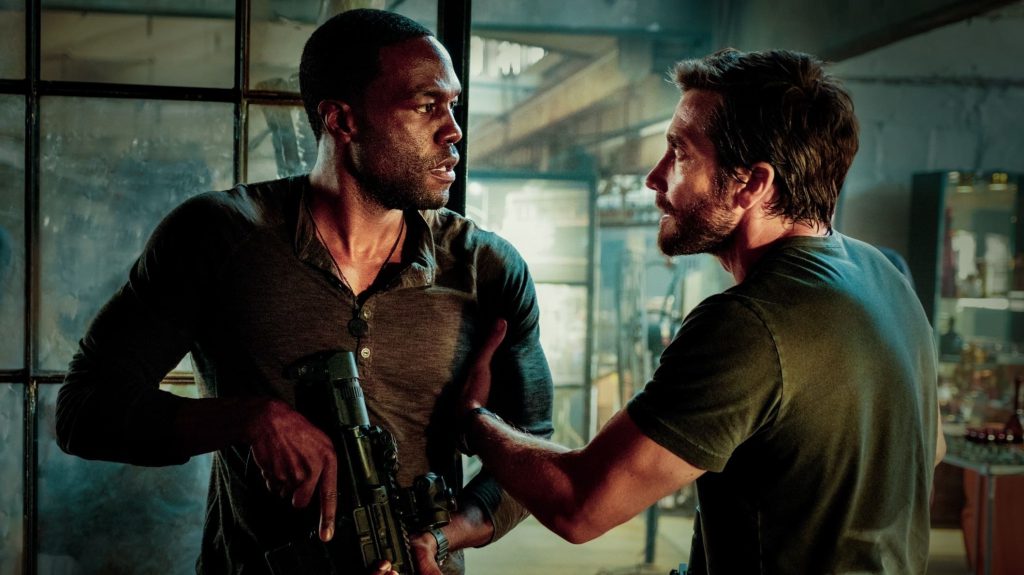 Brothers Will and Danny © 2022 Universal Pictures − All right reserved.

Jake Gyllenhaal is Danny, a career criminal. Danny is the main crazy in the ambulance. Danny’s character cannot consider losing and keeps the chase going at all costs. Gyllenhaal is entertaining at being in-control crazy.

Yahya Abdul-Mateen II (Us) is Will, the Army Vet brother trying to do the right thing but is struggling. Will is not the leader and does his best to keep Danny in check.

And, of course, to add further tension and interest, Eiza González (I Care a Lot) is Cam, the EMT in the ambulance tending a wounded Officer when the ambulance gets highjacked. If you require a Marvel film to be happy, EMT Cam becomes the superhero in this film.

Ambulance’s Director, Michael Bay, is known for straightforward (high-concept) films with big budgets and explosions. He is best known for The Rock and Armageddon at the beginning of his career, Transformers in the middle, and 6 Underground three years before Ambulance. Ambulance is a typical Michael Bay film. A rollercoaster of a ride. Things happen, some things you never thought could happen, and if you can sit back and not think of its implausibility – just enjoy the ride – it is fun. A few doubtful tender moments are also in the film to make it well-rounded fun.

Ambulance is a constantly ON action film that should be enjoyed, not analyzed. 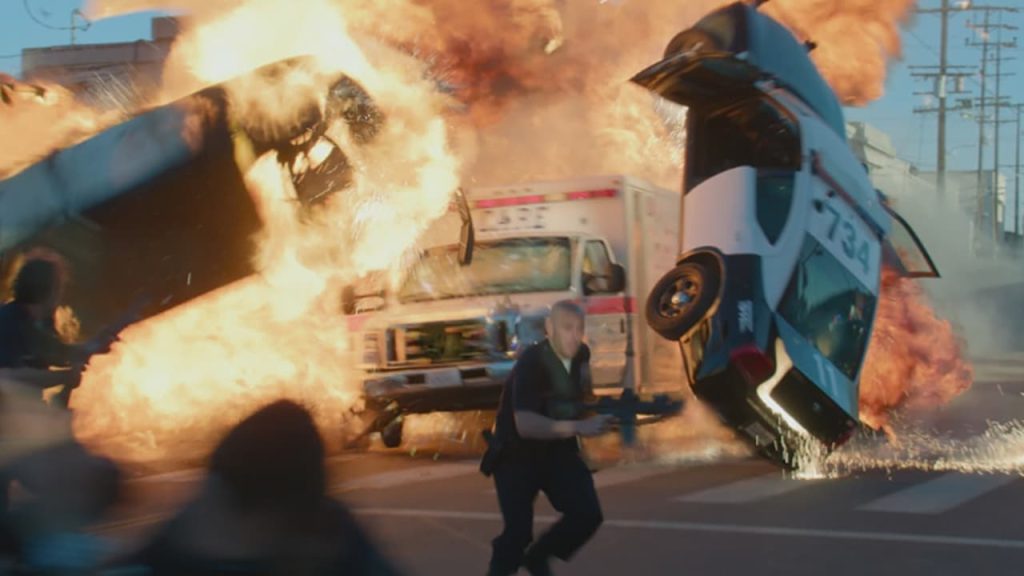 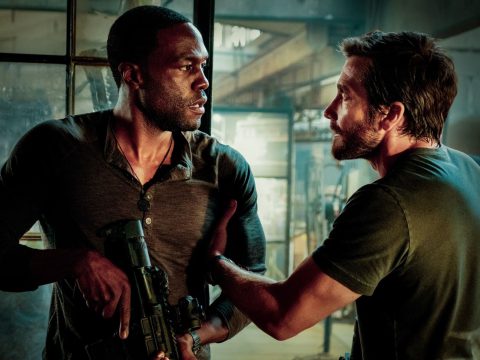 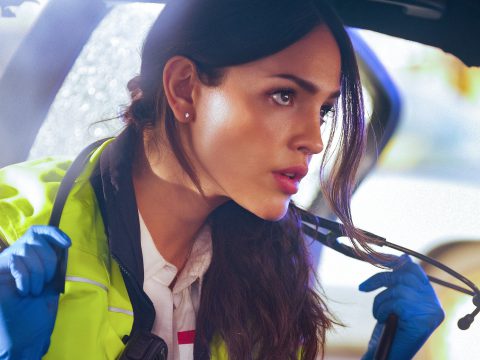 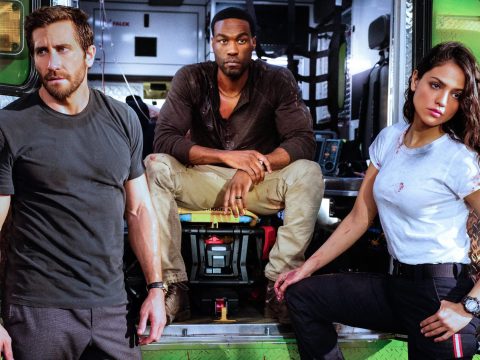 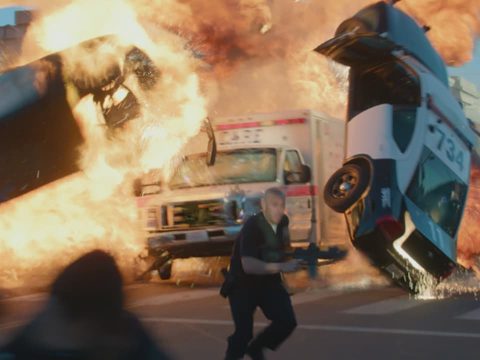 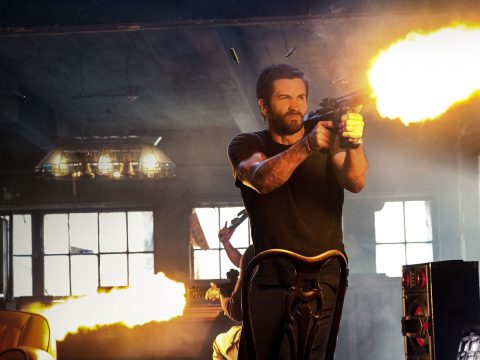 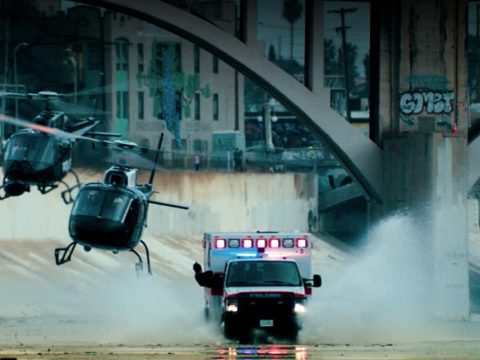 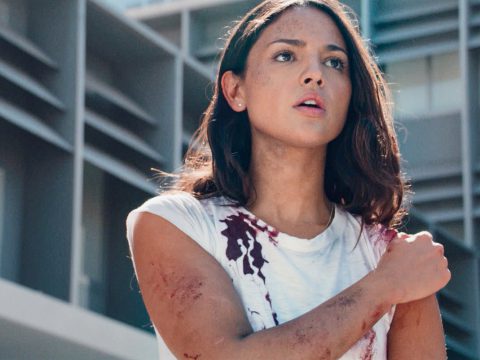